As soon as we got into Tennessee we knew it was a different kind of country: 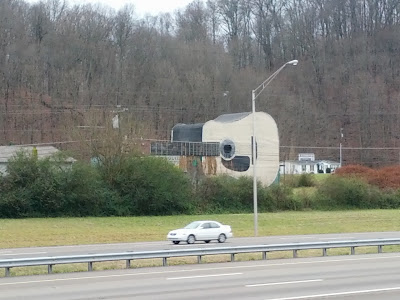 First stop in our meanderings was the birthplace of Davy Crockett: 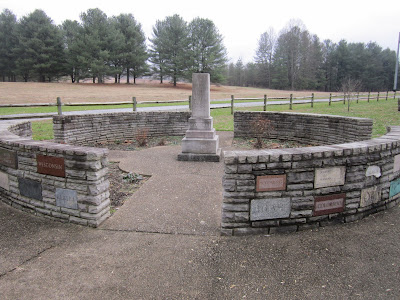 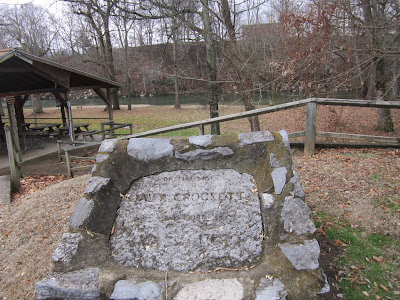 The little house he grew up in: 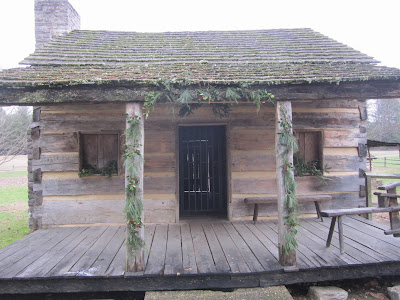 I think I have heard this line before - "You may all go to Hell, and I will go to Texas!" 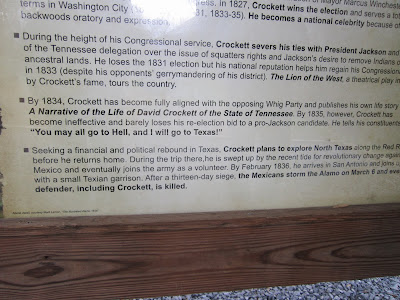 Just down the road is the Andrew Johnson National Historic Site: 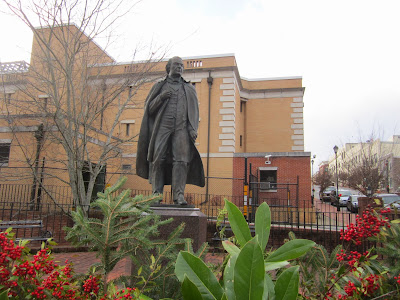 We were rather curious as to how he would be presented, so we took some time to go through the displays.  It seems pretty complicated, but I came out of it impressed that he was such a defender of the Constitution, at the very least.

The pretty brick houses at the site in Greeneville, TN: 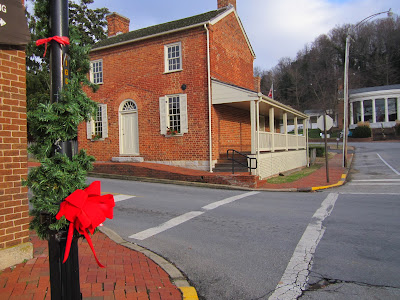 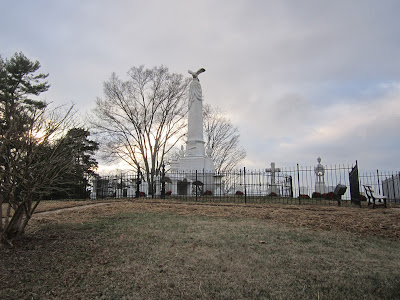 On our way toward Knoxville for the night, we swung through Sevierville for a quick look at Dolly Parton's hometown and we found this lovely statue: 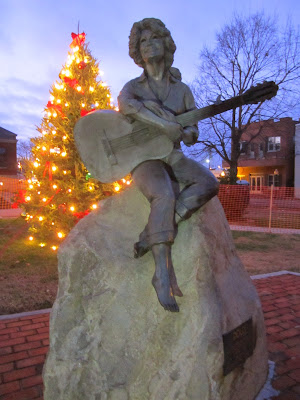 Also collected a bunch of ideas for places to visit next year in that area.

Next - on to Chattanooga where there appeared to be many things to do.  Quite so!

We started up on Lookout Mountain doing many touristy things.  Rock City seemed interesting, and it turned out to be really elaborate and a bit of "we haven't seen that before".

Including the rock-version of Starbucks across the street: 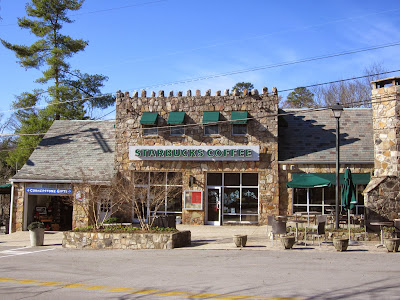 John could sleep here, for sure: 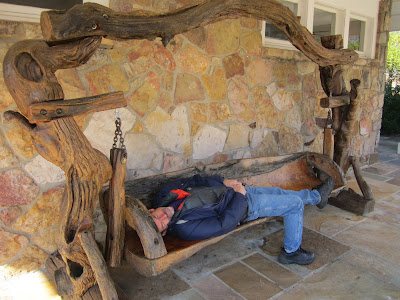 The paths wound down and around and up, a fun way to spend a morning through rocks and stone structures, natural and not-so-much: 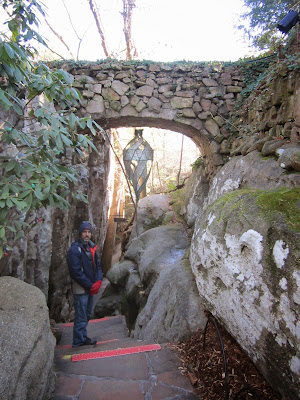 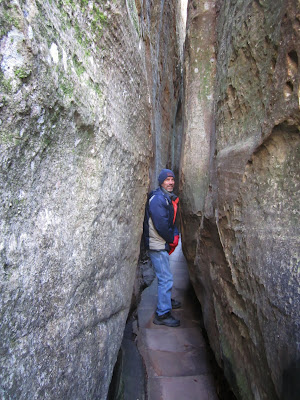 A large version of a birdhouse - apparently "See Rock City" birdhouses are one way they do marketing.  That and a huge number of highway billboards... 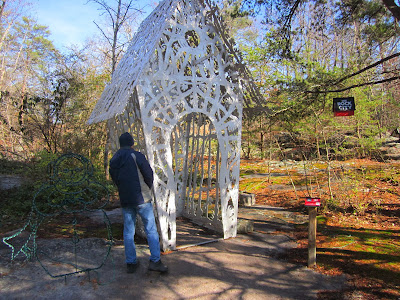 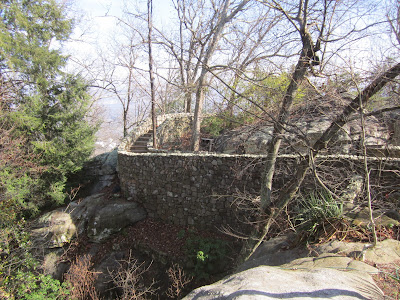 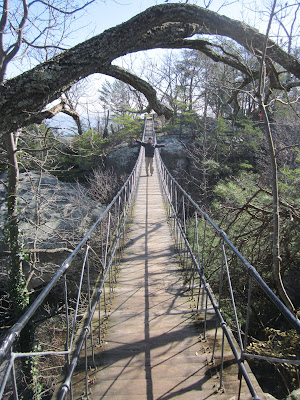 View from the top of Lookout Mountain, including an eagle sculpture with excellent placement: 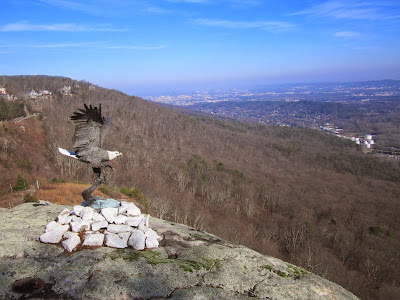 Some days you can apparently see seven states from atop the mountain.  It was too hazy that day to see more than two or three, but we were happy the sun was shining so we weren't complaining. 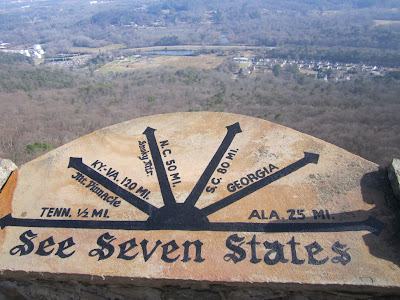 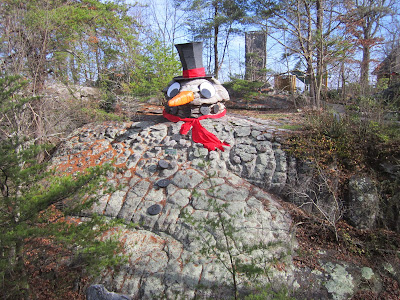 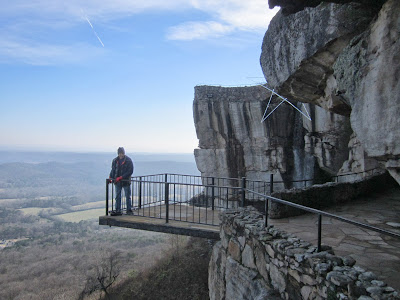 Lovers Leap waterfalls, also a giant star with lights.  There is a Christmas nighttime light display at Rock City that we considered, but decided that Brookside Gardens in Maryland would be hard to beat.  Plus the new Hobbit movie was playing in theaters... 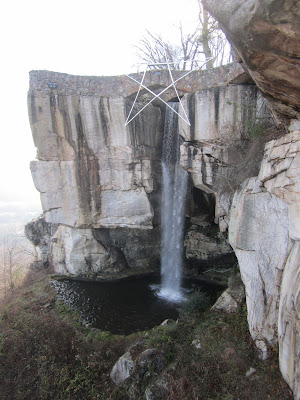 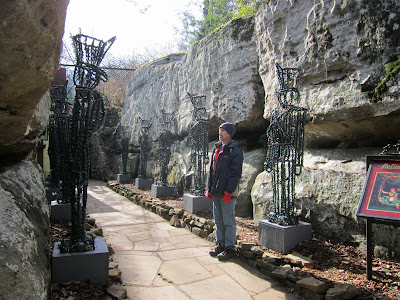 There were many gnomes around... 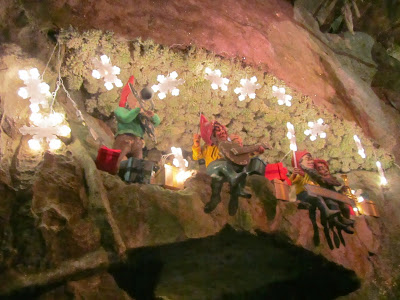 More gnomes on the way to the nursery rhyme cavern: 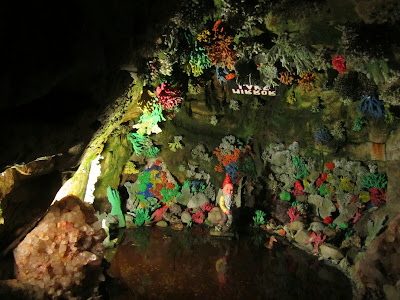 Back outside to reality - and a great overlook of Chattanooga from the northern end of Lookout Mountain: 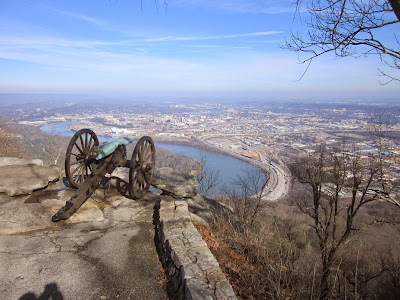 We absorbed a good bit of Civil War history in this area, something I had not known much about.

Then it was time to ride the Incline Railway - the world's steepest, with a max incline of 72.7%.  It was steep! 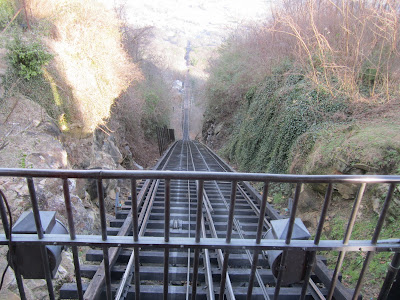 The view from the bottom, also notable for its proximity to the Pasha Coffee House in St Elmo... 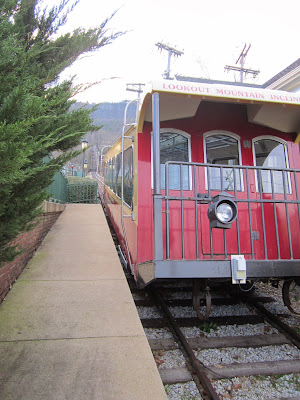 We found plenty to do in Chattanooga, so much that we spent some extra time there (next post).  That's without even running the trails around Lookout Mountain, since I was still recovering from Hellgate.  We will probably have to go back...