For Boundary Peak we were camped near Mono Lake, and we were perusing exhibits in the visitor center in Lee Vining when we noticed a familiar photo.  We believe we first saw it at Devil's Thumb, and at that time we were like "We should see that someday."  It turns out that the Devil's Postpile National Monument is relatively close to Mono Lake, so we got up early on our drive-out day and did a quick out-and-back jaunt to the monument.

It was just a short hike over to one super cool geological feature - stacks of hexagonal rock columns that have been formed by a cooling lava lake and later exposed by glaciers.  Some of the columns are straight up and down, some bend in other directions, some are in pieces at the foot of the cliff: 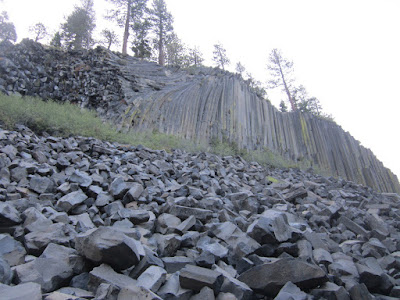 A closer look at the loose rocks: 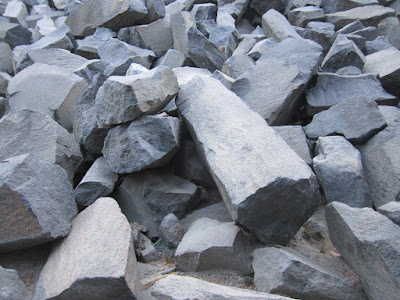 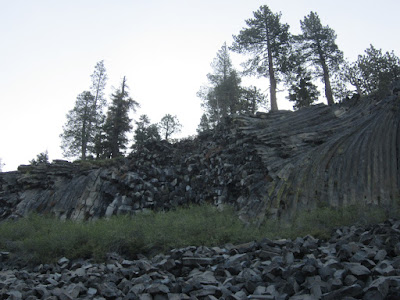 A hexagonal column of basalt, not a petrified tree... 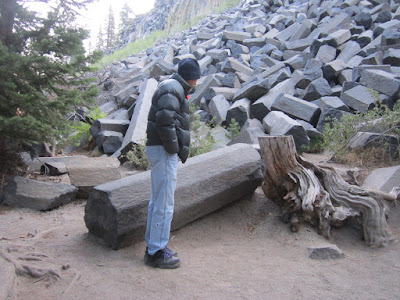 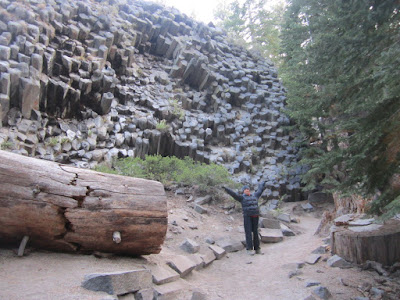 Hard to imagine exactly how something like this can happen: 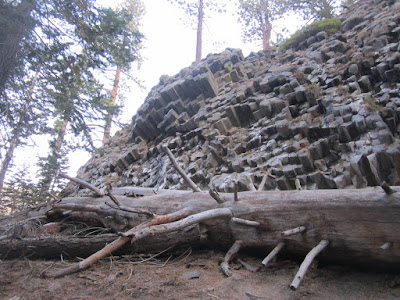 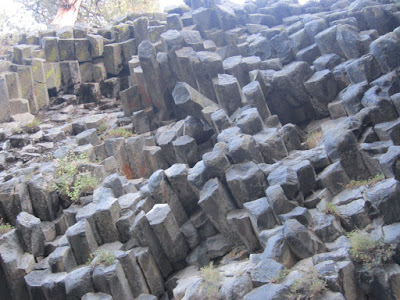 Polished "pavers" on the top of the cliff, another glacial artifact: 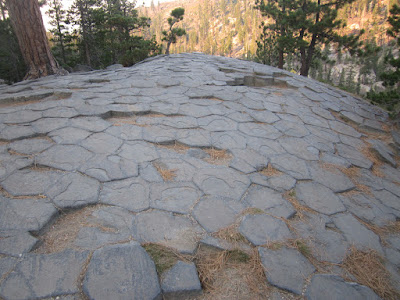 Well, that was just the funnest thing we could think of doing that morning!  Alright, NOW it's time to drive to Yosemite...