I scored a ticket to the African American museum!  Who knew a museum could be so popular?  I was finally patient enough with their website on the morning of my long run and snagged a 1:30 pm entry.  Perfect timing - a few hours to run, ending up inside here: 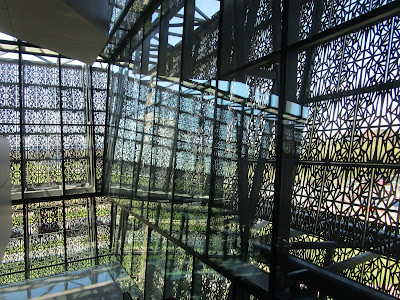 The museum is worth it.  It's well designed, thought-provoking, interesting to people of all ages and backgrounds, and absolutely crammed full of things to see.  There were several things I wanted to find, so I couldn't dawdle on any one floor with only 4 hours to work with.

We Beards seem to appear in unexpected places: 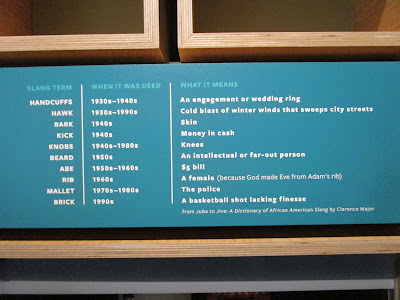 The section on food influences from around the world included a nifty red beans and rice piece: 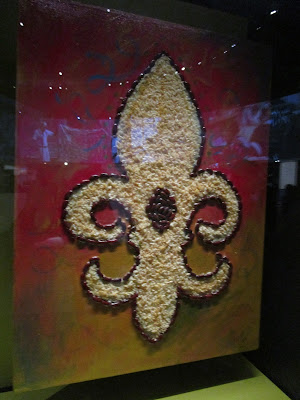 The hat on this sculpture from Nigeria inspired the building design: 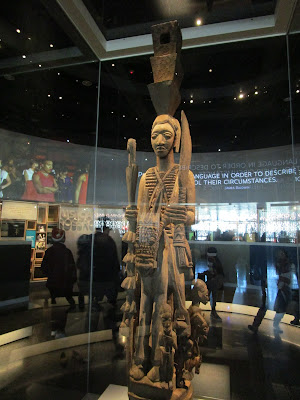 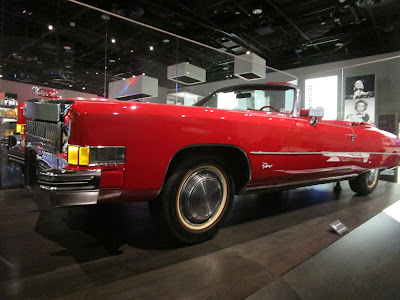 So many artists filling the space, with stories, photos, and actual items they owned: 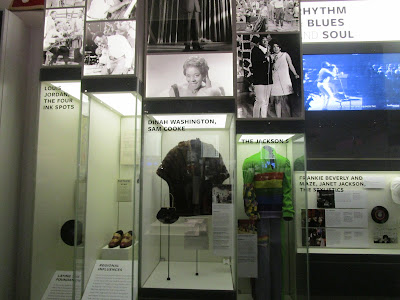 The artifacts they collected!  I supposed I shouldn't be surprised, it's the Smithsonian.  For example - here's a pair of shoes from James Brown: 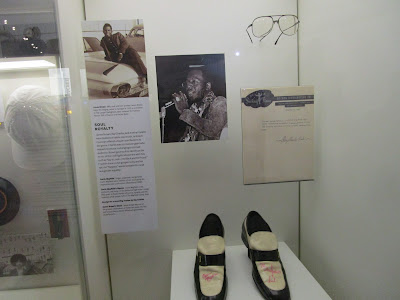 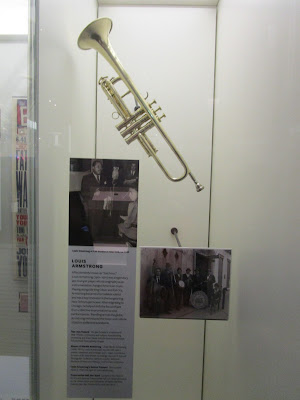 Callback to when music came on albums, and a neat way to display a lot of information in a compact form: 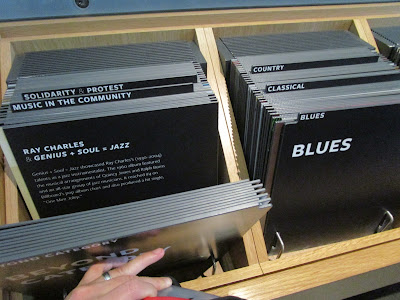 Then the movie/TV section, another place to spend a lot of time.  They are showing a bunch of clips from old shows and I managed to catch this from one of my favorites: 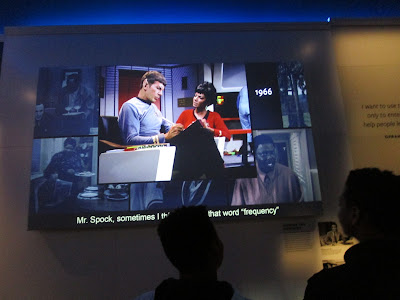 Lots of great movies to reference: 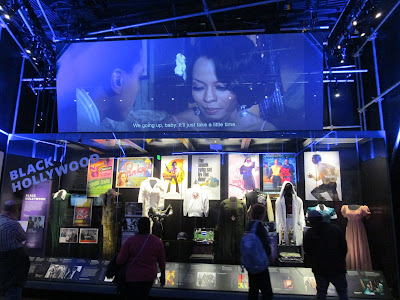 One section is an art museum, with this interesting piece that includes wood from President Obama's 2009 inauguration platform: 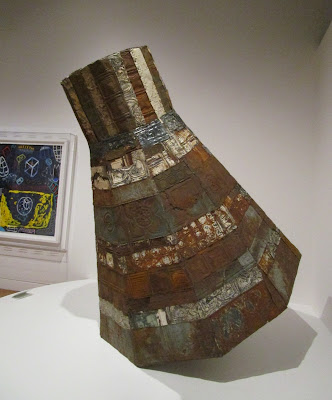 Ah, here's one of the things I was looking for - it was referenced in a program I saw toward the end of the most recent Olympics that described what happened in Mexico City: 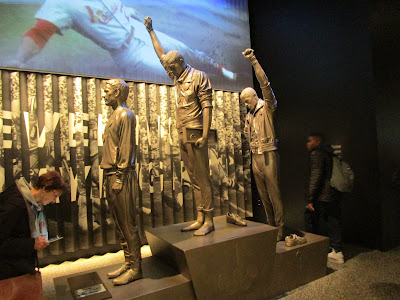 While watching the program in California, I was surprised to learn that there's a similar (much larger, actually) Black Power statue on the San Jose State campus.  Wait, what?  I had run within a block of it previously, so I had to go back and find it.  Quite impressive: 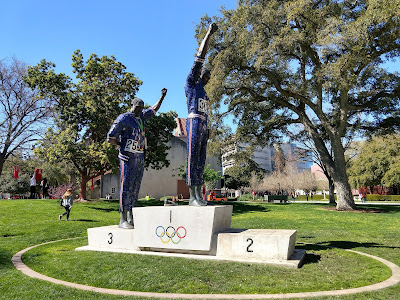 I got a kick out of the sports section.  Carl Lewis's uniform from the 1984 Olympics in LA: 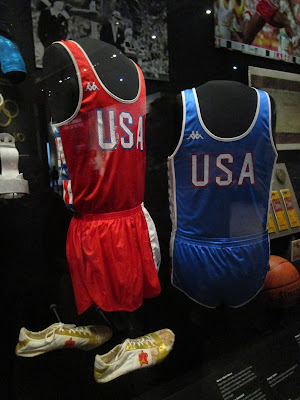 Jackie Joyner-Kersee on a Wheaties box: 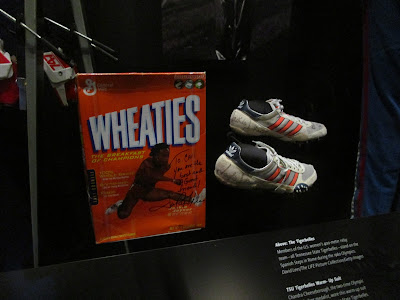 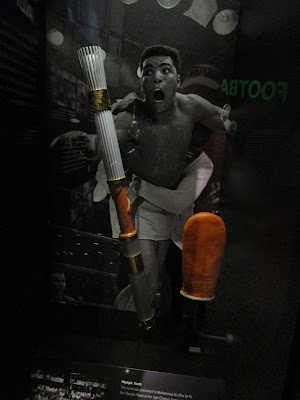 Oops, the Williams sisters are a bit fuzzy, I need to go back sometime and get a better photo. 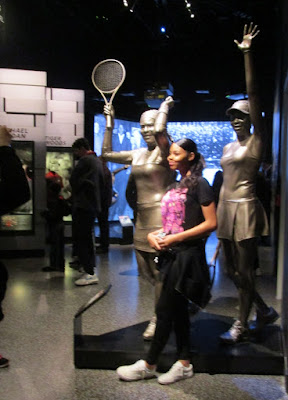 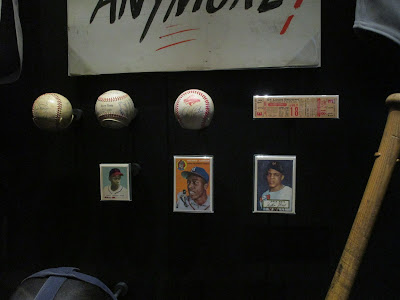 I started looking for the way down to the lower floors but couldn't find any stairs.  I did find this beautiful contemplation room with a vertical fountain: 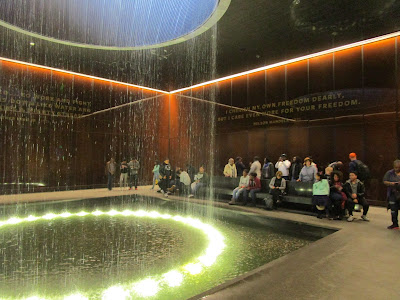 It turns out you have to take the elevator down to the bottom level, and that's part of the experience.  The dates on the walls count backwards as you "go back in time" and the feel is like descending into the dark bowels of a ship.

There is a ton of history on the lower floors, as you weave your way through the maze and try to figure out how to climb out.  Amazingly, there is Harriet Tubman's shawl and hymnal on display: 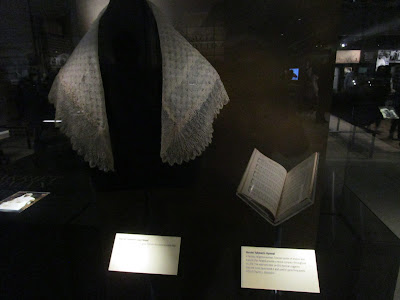 The train car I was looking for - last seen (by us) in 2013 being lowered into the museum before the building was erected.  You can't go inside it yet, but the signs say they are working to open it up eventually: 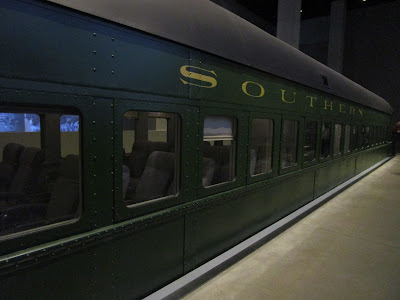 The guard tower from Angola prison, which we last saw in 2013 as well: 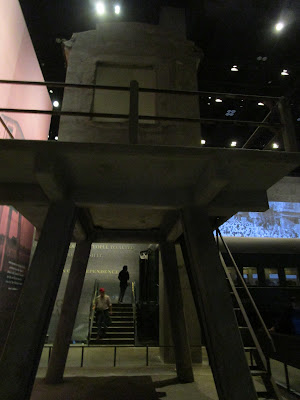 A lunch counter where everyone (regardless of race) can now sit together and talk: 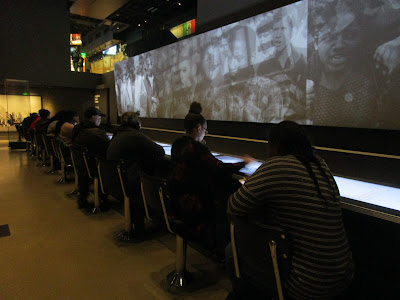 A training plane from the Tuskegee Airmen: 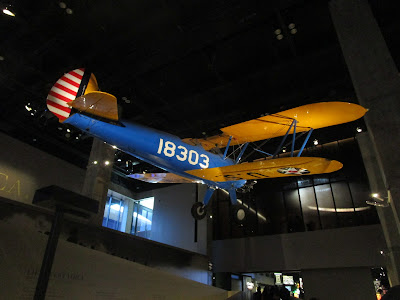 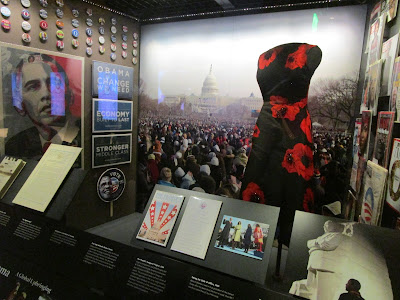 We might be in this photo (near the Washington Monument) but it would need to be much higher resolution and lots of zooming and enhancing to tell: 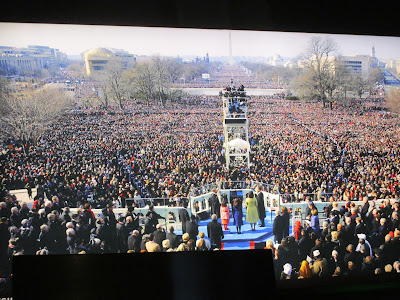 Hey, it's Stephen Colbert again!  In this clip he and his guest (whose name I'm not finding) switched seats to talk about ways to learn from each other and continue to have conversations about race in this country: 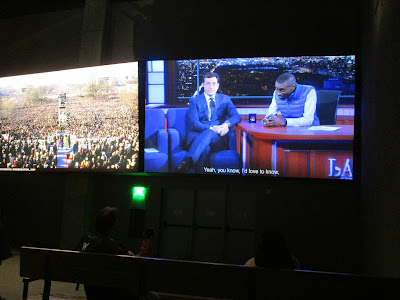 The museum felt amazing, inspiring, and packed with things to see and read and experience.  I look forward to going back and spending more time there.