Hello.  Hello.  My name is Marcy Beard.  Have you seen the Book of Mormon show, it's on Broadway?

Yay!  Kip decided (with lots of enthusiastic encouragement from me and John) that he'd like to see a Broadway show, and this would probably be the one to try.  Even though the theater isn't actually ON Broadway, it's on 49th Street.  Are any of the theaters - besides Ed Sullivan - actually on Broadway?

We were stoked, and it was awesome: 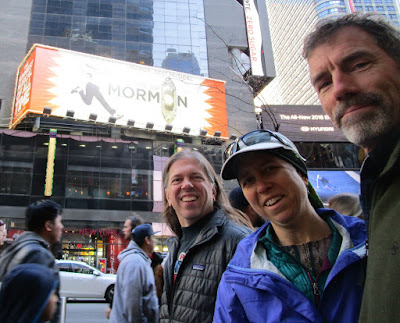 The show was a matinee, the middle portion of another fun-filled day of exploring.  I don't have photos from the morning because we were running and I was already carrying notes about movie locations plus my phone to help us navigate Central Park.  Hmm, one photo with the phone would have been nice.  Kip, we have to go back to NYC and get a selfie with Alice.

Suffice it to say, there have been a gazillion movies filmed in and near Central Park.  It was super enjoyable to focus on that concept for the run.

We had some Adventures in Transit that day trying to figure out how to work around the subway being closed for weekend construction in the area of our AirBnB.  Good for learning more about the Queens bus system...

Happily that didn't stop us from getting to the show on time.  Afterward we continued the walking tour, starting with Sardi's where The Muppets Took Manhattan (wow, that's a lot of reflection for one photo): 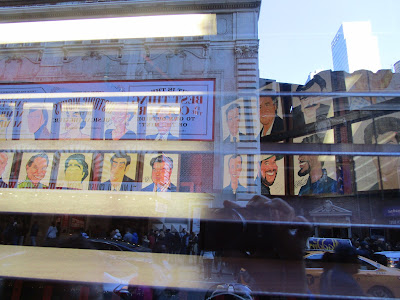 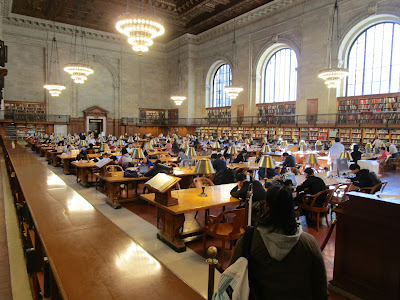 What is this thing that gives me only a small bit of information at a time?  A "book" you say? 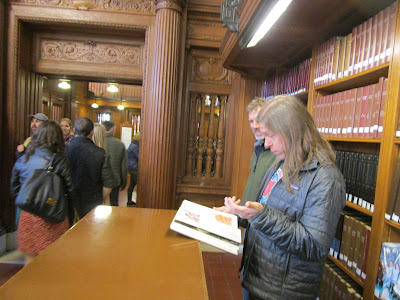 New York pretzel, check!  A good sharing snack (and a lot cheaper than the hot dogs outside the Eugene O'Neill theater earlier): 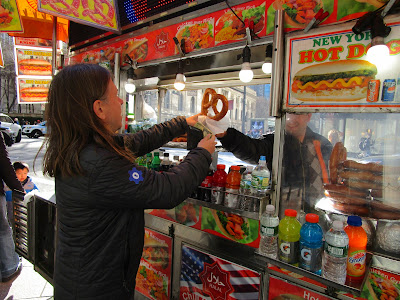 I love walking through Grand Central Terminal (not sure why I didn't get a photo this time), so beautiful and iconic.  And warm.  And with bathrooms and water fountains. 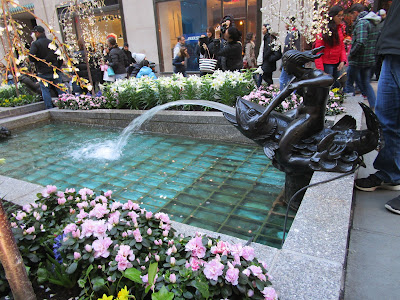 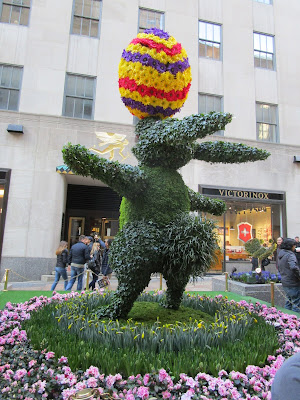 The Rock is a filming location for Elf, Home Alone 2, Saturday Night Live, many others.  The skating rink was open, always fun to see: 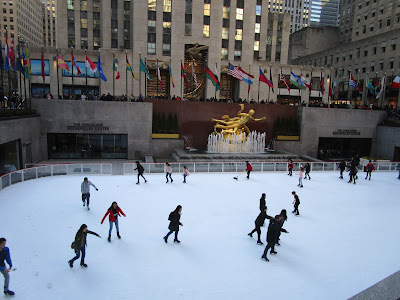 From the intro to the show 30 Rock: 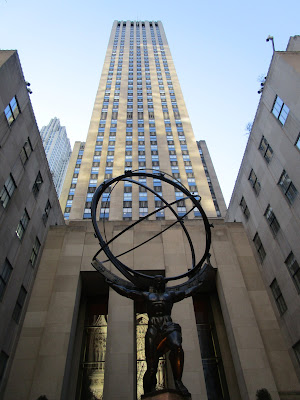 Yay, we made it to the Roosevelt Island tram finally: 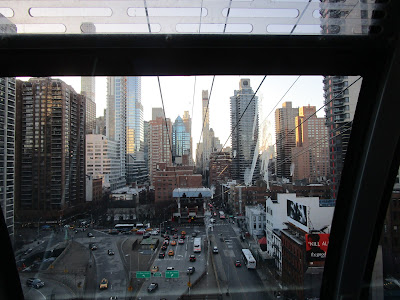 Spiderman, Die Hard with a Vengeance...  and great views: 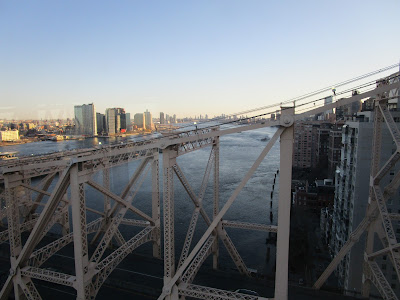 Next up - our last day in the city, with a bit of time before needing to catch a bus or plane.  We decided to check out the Museum of the Moving Image in Queens.  Neat place, I recommend a visit.

The top floor had some interactive video games, which would have been more interesting if more of them were functioning.  We played around with a couple but mostly decided they need a better IT guy at the museum. 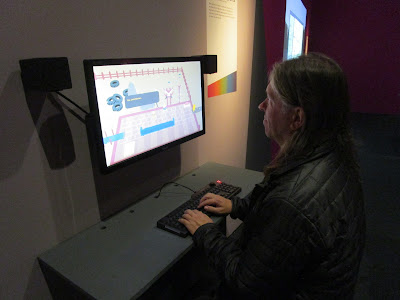 Much more interesting was the Jim Henson exhibit.  Muppets!  Sesame Street!  Stories and videos and history from our childhood.  I loved it.

John was inspired to add a bit of Star Trek flavor to the "build your own muppet" station: 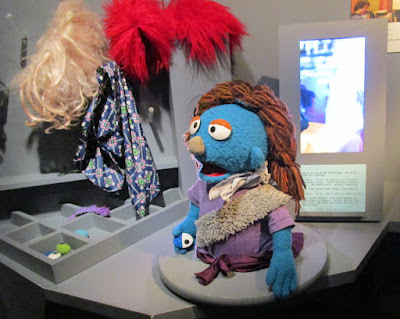 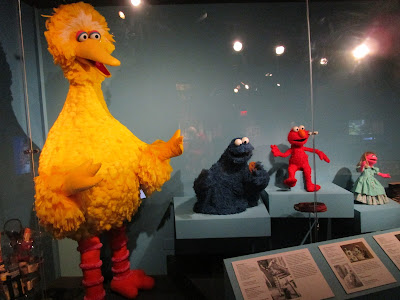 Another section of the museum had several interactive displays where you could learn how to make a movie, including stop-motion video recording, dubbing a scene from a movie, and adding sound effects.  We could have spent a lot more time on that floor. 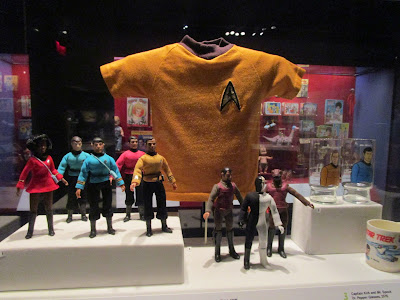 That was a fun way to finish up our whirlwind tour.  Kip and John headed to the airport for a flight back to California, while I returned to Manhattan to catch a MegaBus to DC: 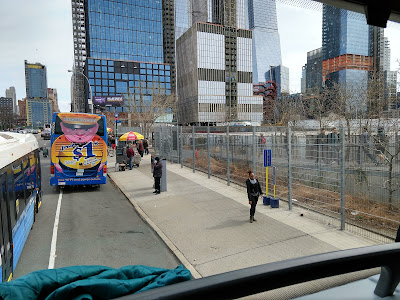