We also discovered that this park is huge - so we must come back and spent more time here: 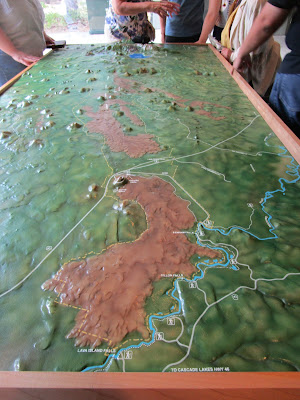 A close-up shot of the Lava Butte cinder cone and the flow that altered the course of the Deschutes River (where we were the previous day): 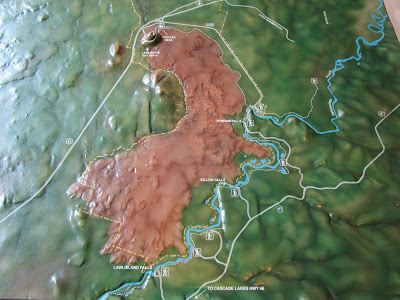 "Trail of the Molten Land" - love that name, yes, that's the walk for us: 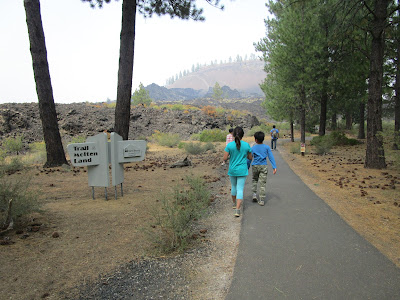 A paved trail through a lava field, very cool: 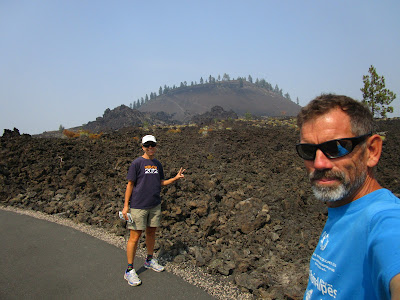 Lava snowballs - pieces that broke off and rolled and gathered size like snowballs, but a lot hotter: 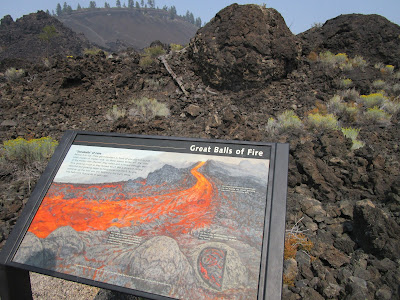 It's a relatively recent flow, not a lot growing back on it yet: 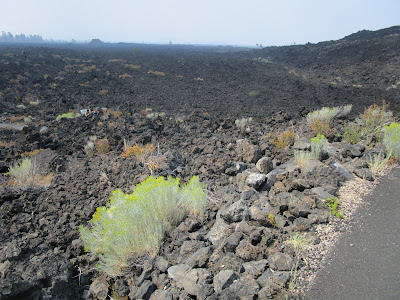 Hiking up through the lava sage: 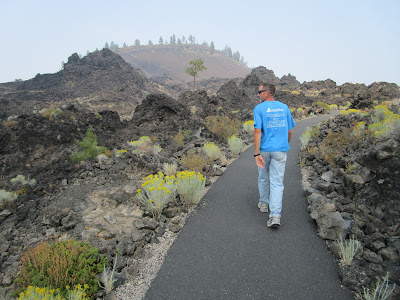 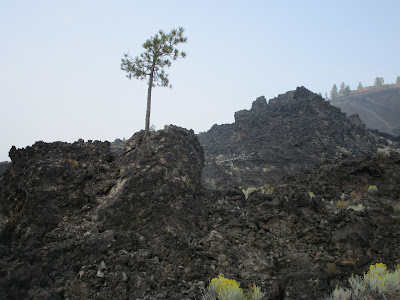 Little tubes under the flow: 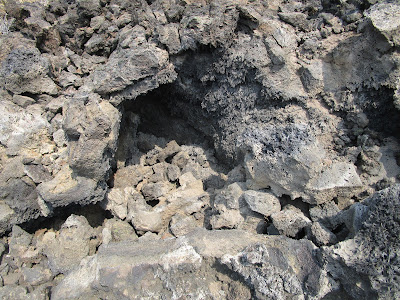 A valley coming down off the cone: 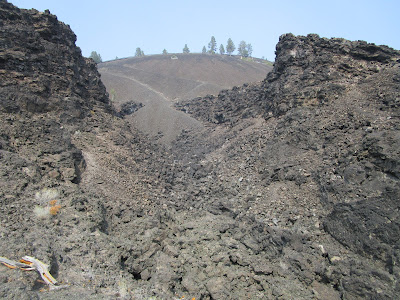 Normally there are probably mountains on the horizon, but the wildfire smoke made everything hazy.  We were hoping that we might drive out of the smoke as we continued south. 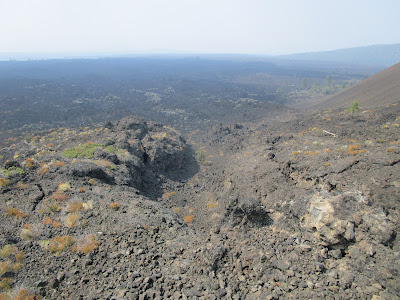 Well, that didn't happen.  More fires through the southern part of Oregon.  We decided to stay a couple nights near Crater Lake anyway (more on that in the next post).

Our campsite at Farewell Bend was close to the Rogue River, so we set out to see the gorge.  Lots of water and deadfall and interesting shapes in the rocks: 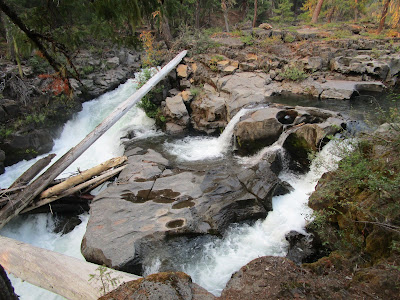 "Rogue" is a good name for this river, flowing through lava rocks into a narrow gorge: 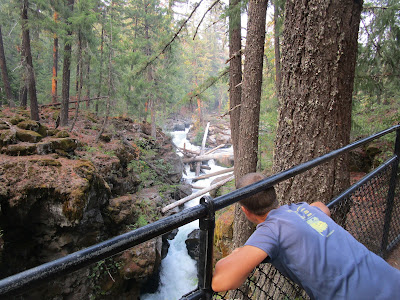 I believe this is manzanita, with its pretty red bark - maybe it means we're getting closer to California (or maybe it's all over the Pacific Northwest - we need to explore more to find out): 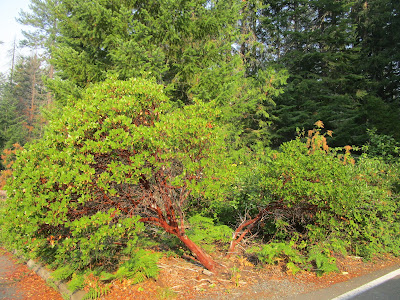 Sure glad we didn't have to packraft down that!  I don't know what I was complaining about in Fremont Canyon: 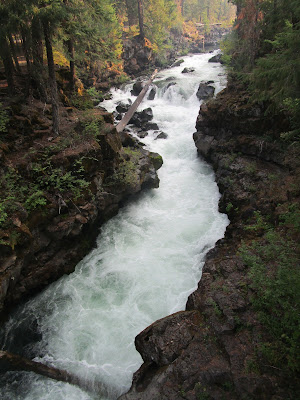 Hey, it's another "sink and rise" - how have we not heard of these before, and how did we find two of them in one summer?  Here's where the water comes back up from underground: 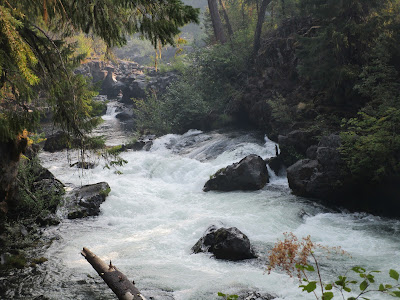 Where the river drops under the lava rocks: 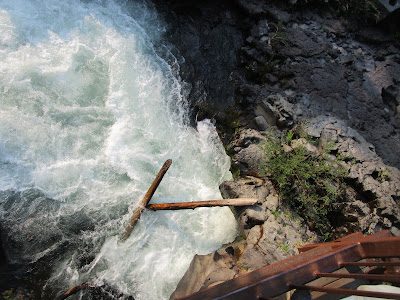 A natural bridge over the river where the water goes underground - definitely the easiest way across this river: 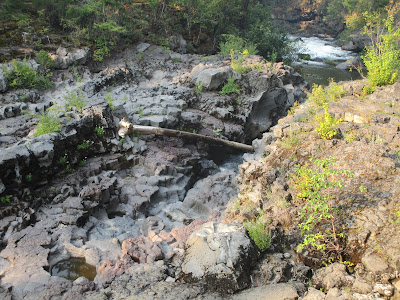 We were enjoying our little "Ring of Fire" tour, even though we didn't get nearly enough time in Washington and Oregon this summer.