Strasbourg is in France now, but it was previously in Germany. It has long been on the border of the two countries, and in fact has traded sides several times. The city history museum isn’t quite finished yet - they’ve got displays up to about 200 years ago (including the first time the city went from German to French) but they’ve got another floor to finish before I can tell you about anything more recent.

We took a nice little train tour to get a feel for the sights: 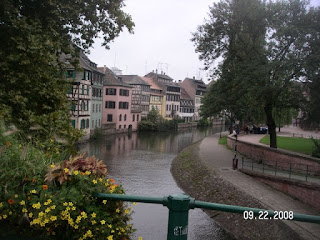 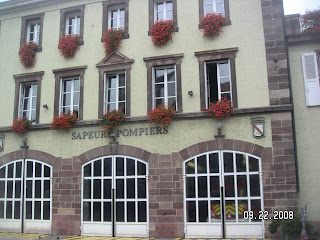 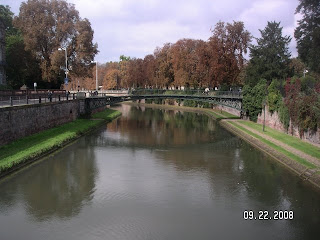 The cathedral is huge and gothic, and it houses a unique (to us, anyway) astronomical clock. There are moving figures and chimes every quarter hour. Every day around noon there is a video presentation explaining all the details and things to watch for, then at 12:30 pm there is a parade of the twelve apostles - I really can’t explain it exactly, but it was worth going to watch.

This is only a small part of the clock, and I’m surprised our camera got a half-decent photo (the rest of the clock is too dark to get a good picture): 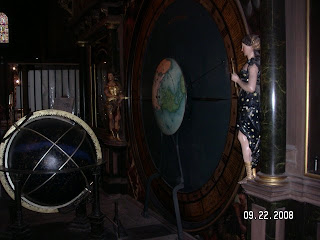 Fun at the city history museum! 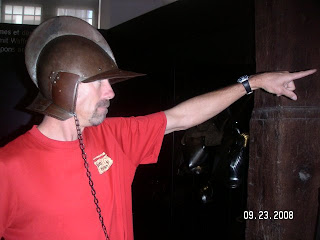 We went looking for German food, but ended up with sandwiches and some really good pretzles (or “bretzles” as they call them) instead.