Enough touring around for a little while, time to get to know one place for a couple weeks.  Time to get to know Frozen Head State Park, at least the parts we are allowed to explore before the Barkley.  The race is coming up soon - starting Saturday March 29.  Yikes! 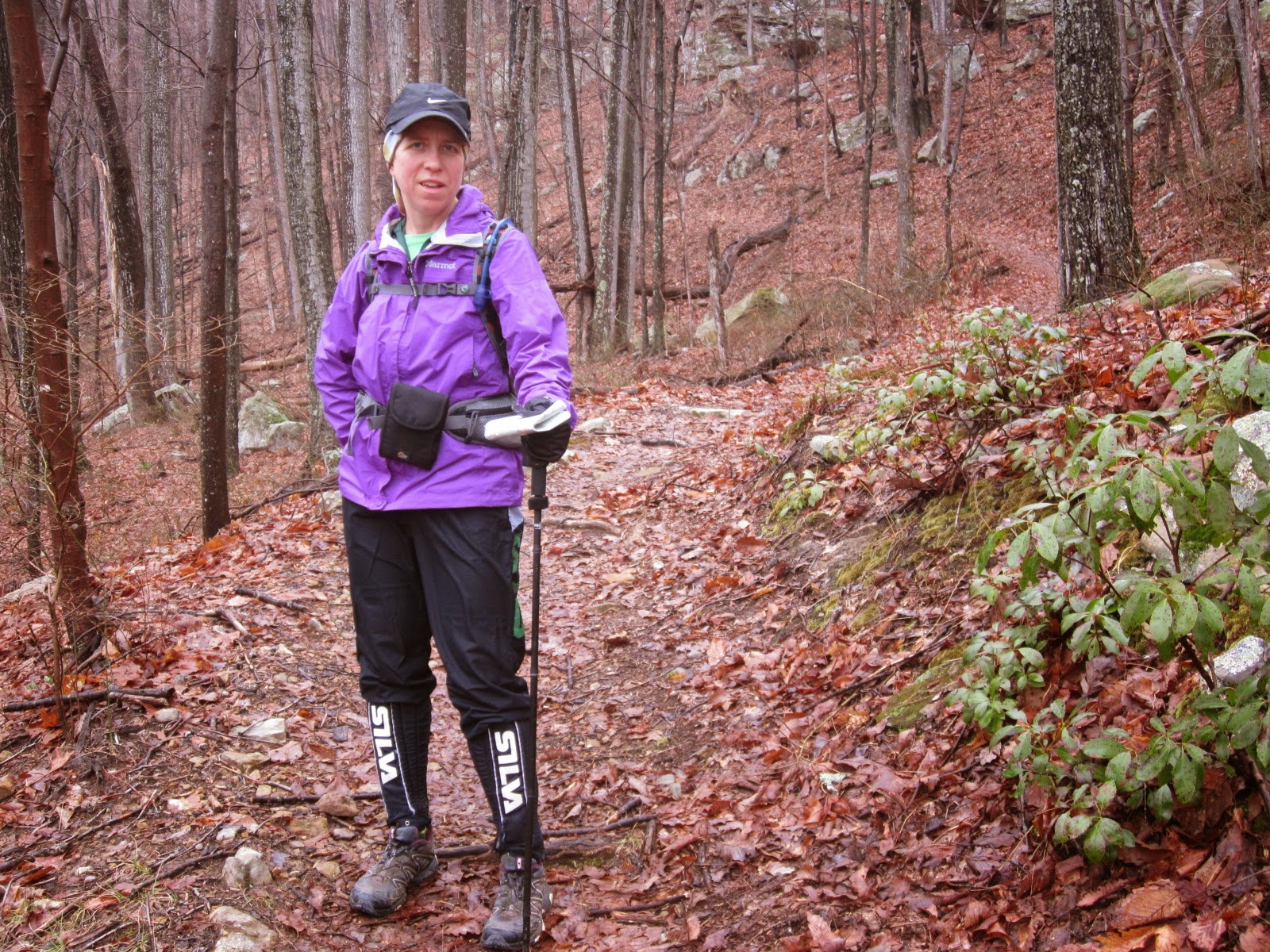 Fog was the general rule for several days (and it might be the general rule, generally).  Still, it wasn't so thick that we needed the "Trail ->" directional sign.  At least not yet. 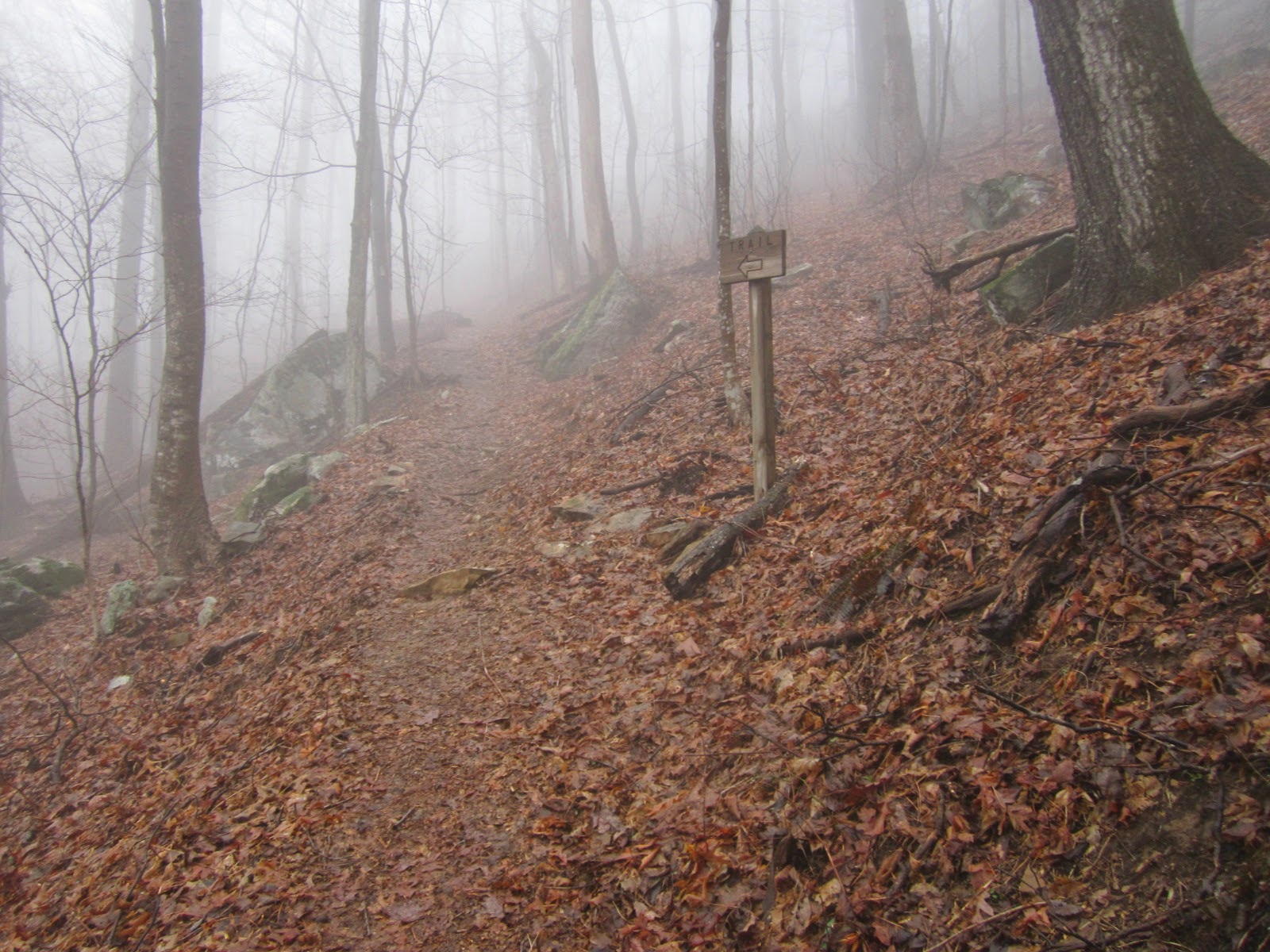 Excited to be at the site of the famous race! 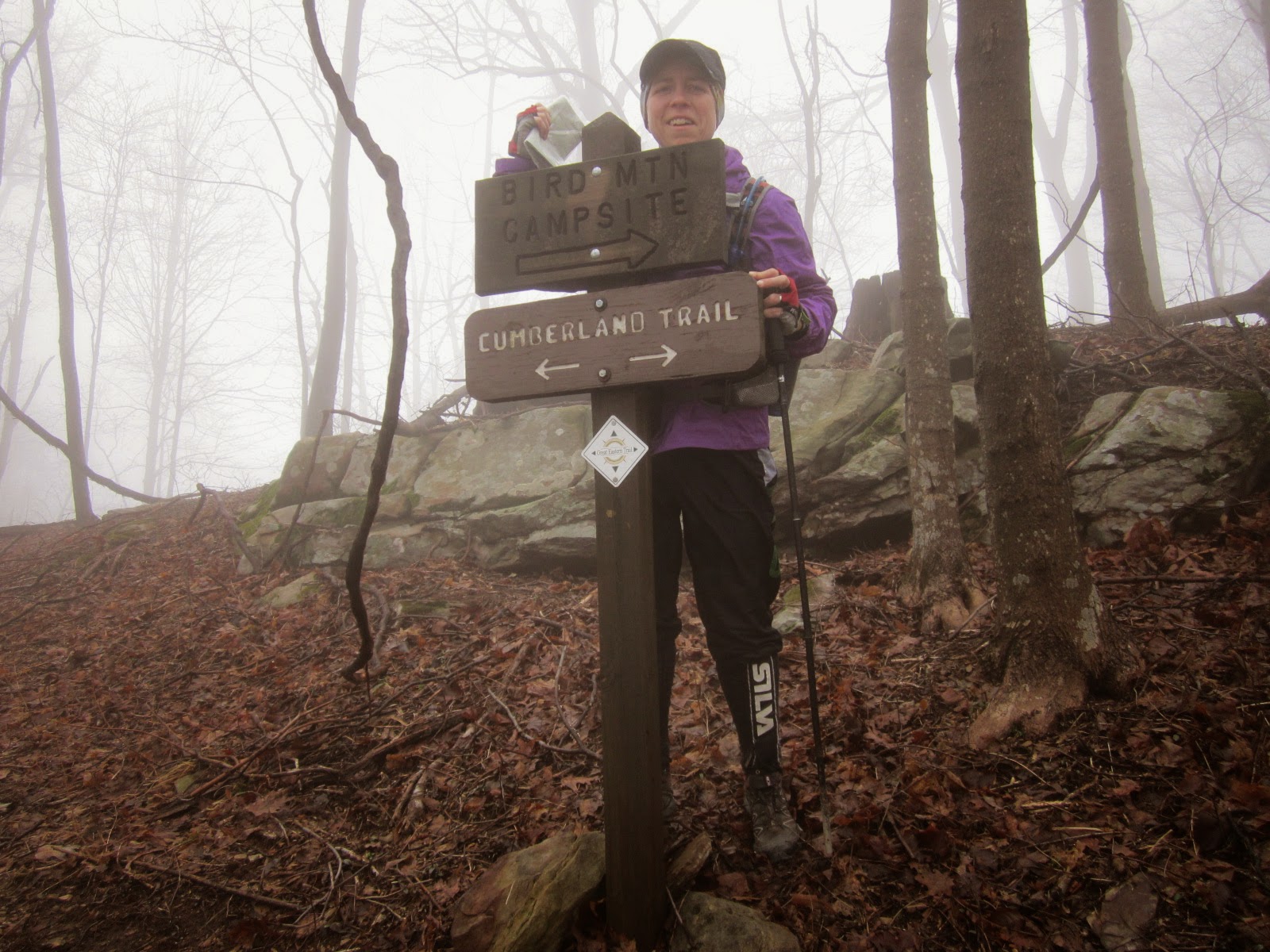 Heading off into the cloud: 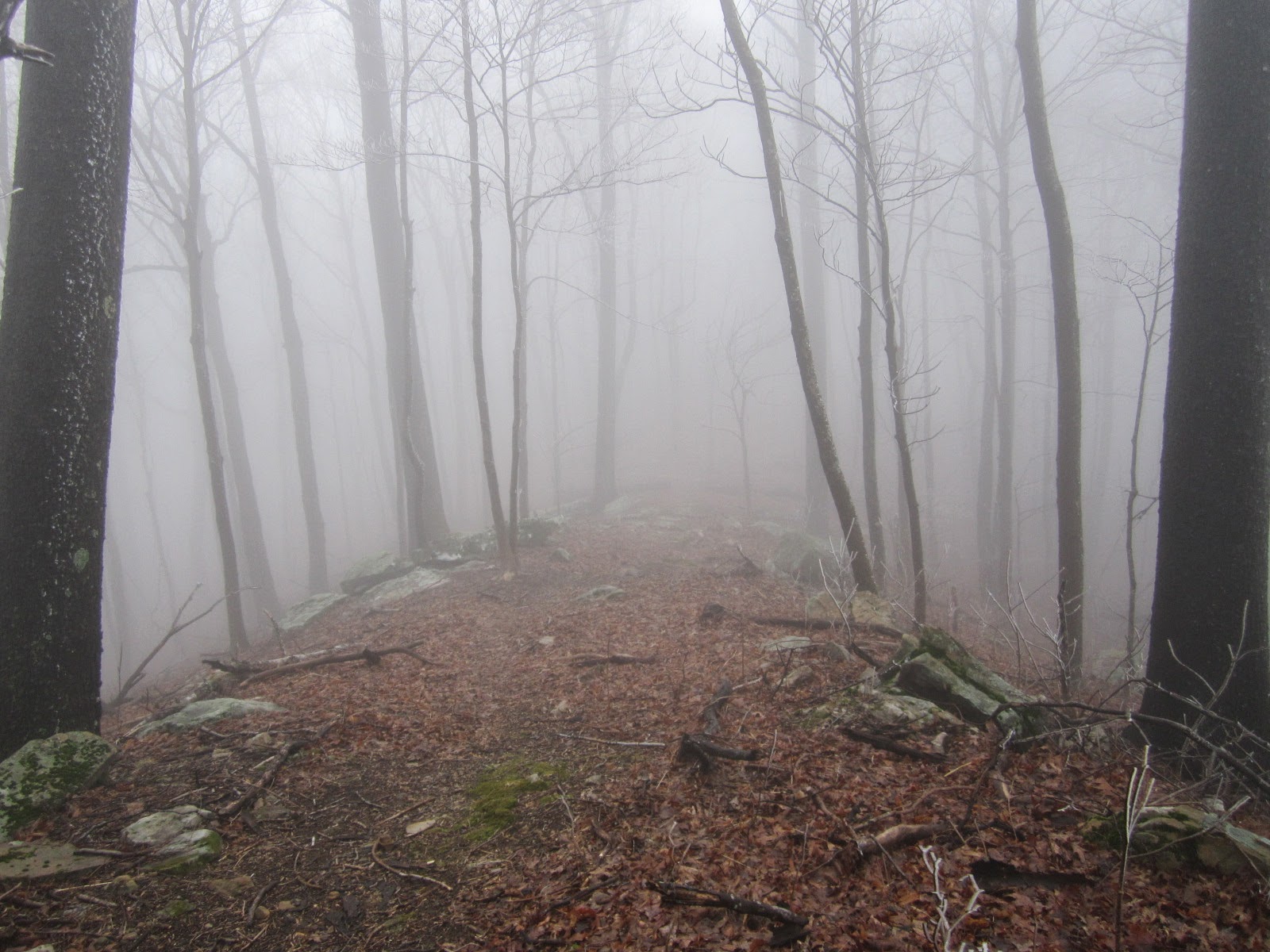 There are some amazing rock (and rock/tree) formations: 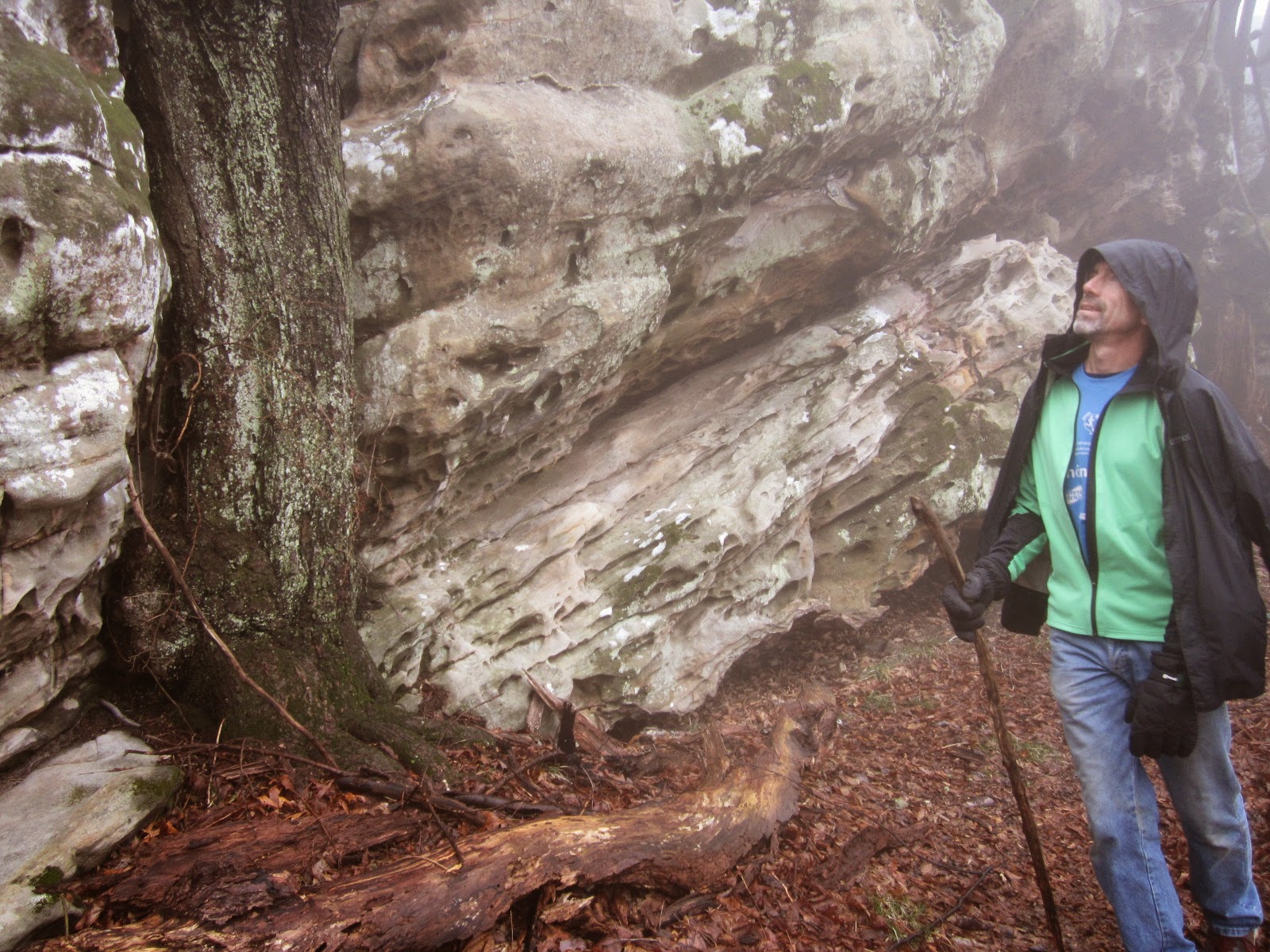 The "Pillars of Death": 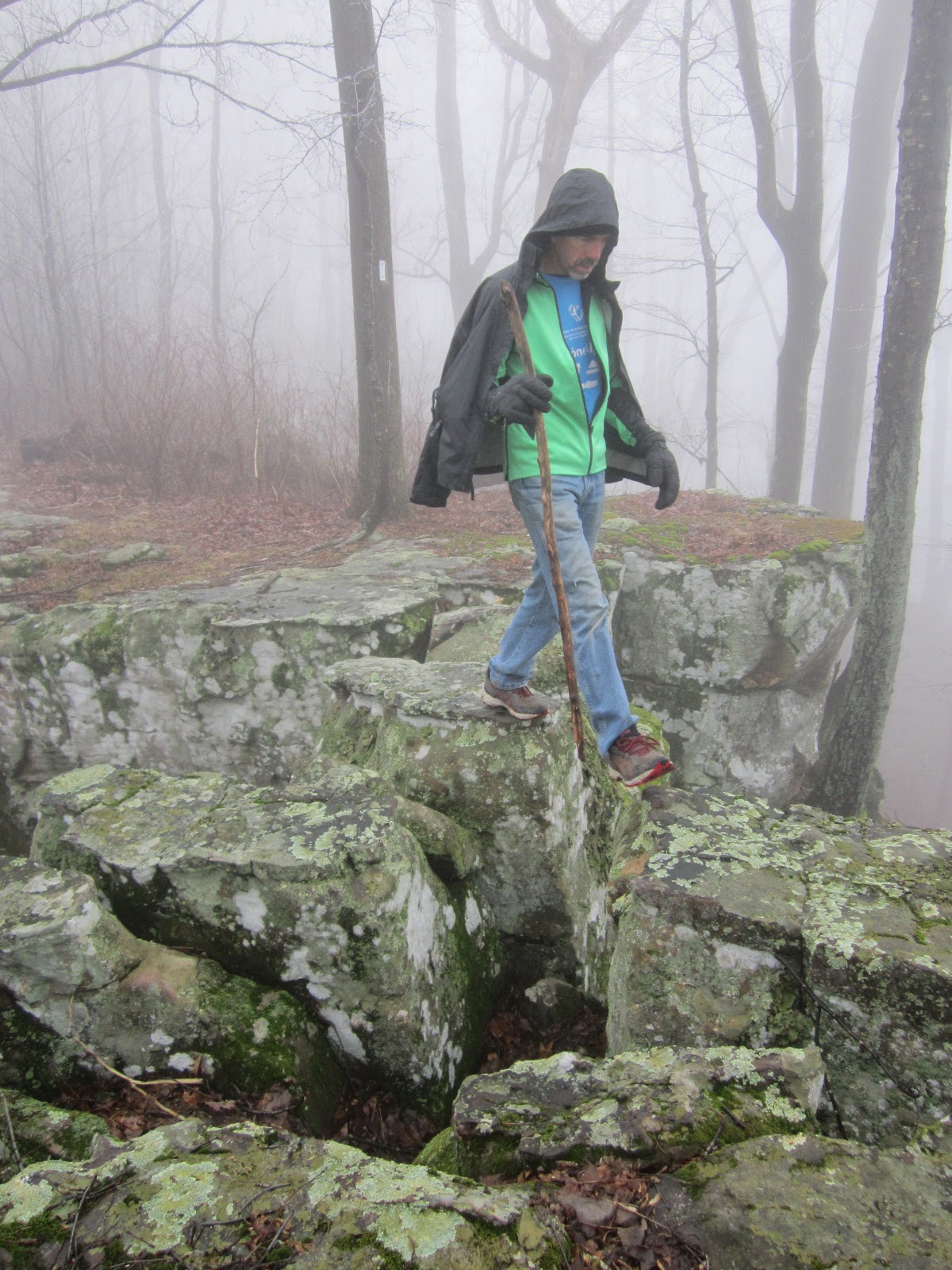 Vine madness on the backside of the Bird Mountain trail: 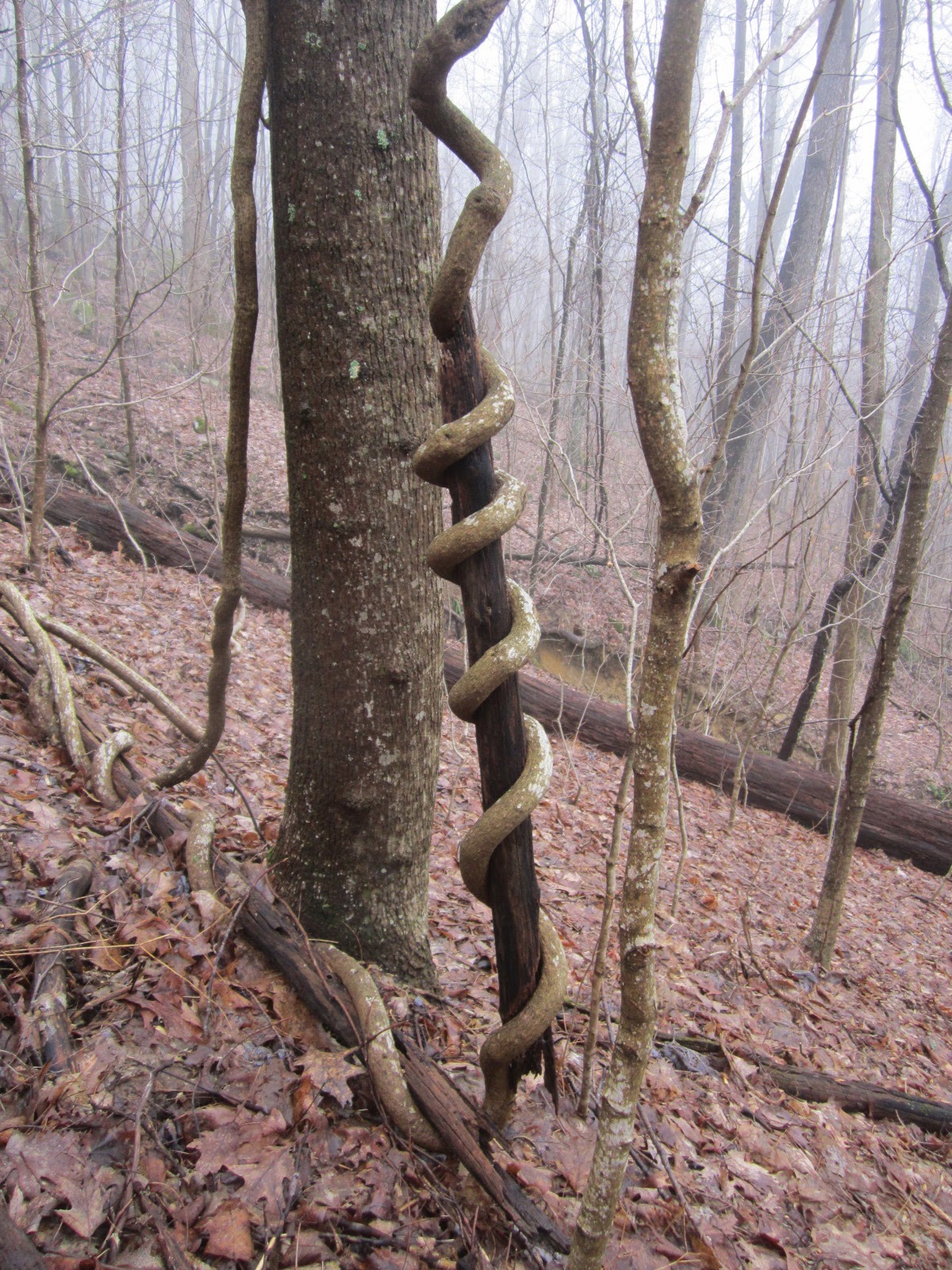 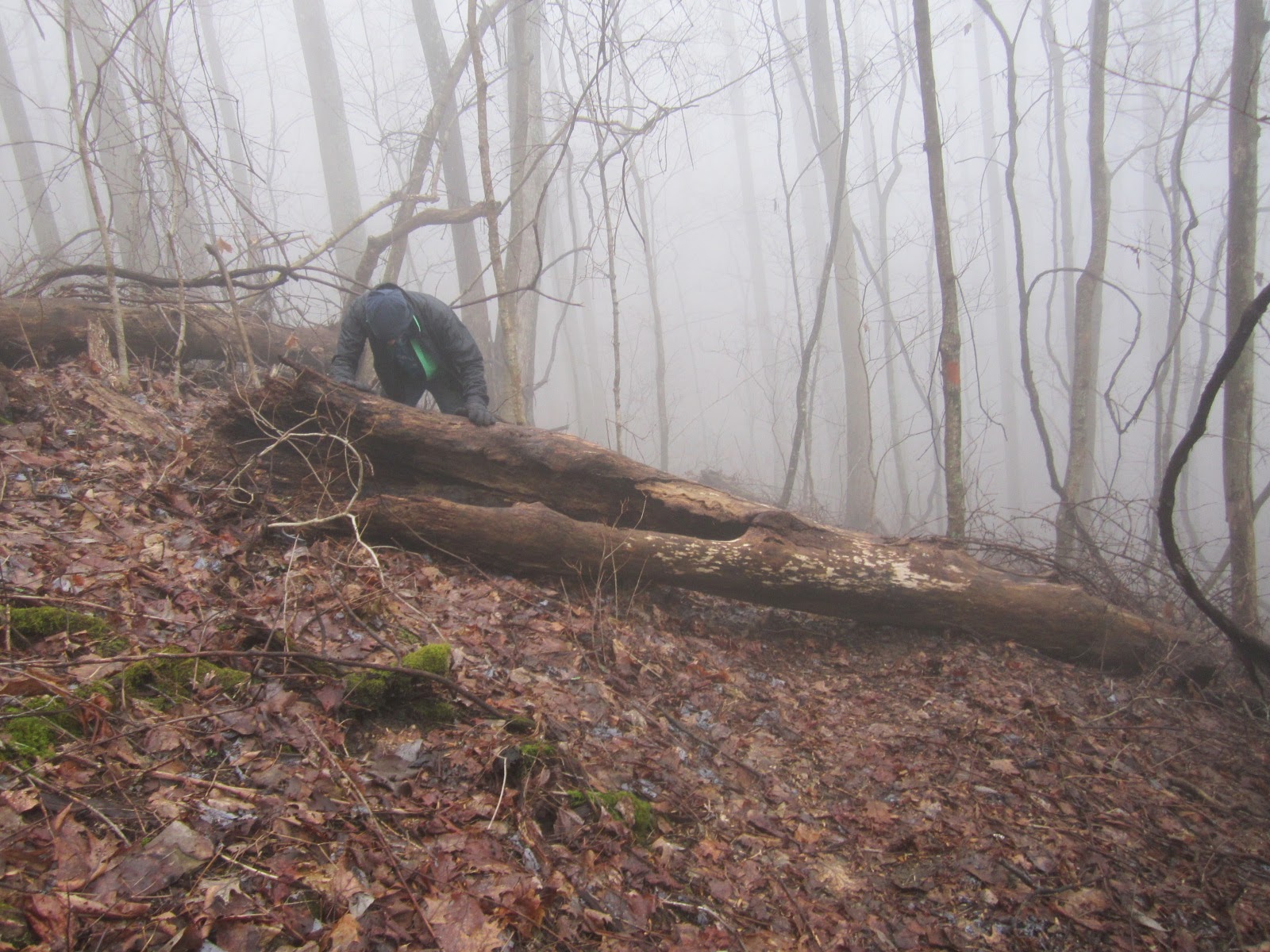 Sort of a slow-action series of pictures: 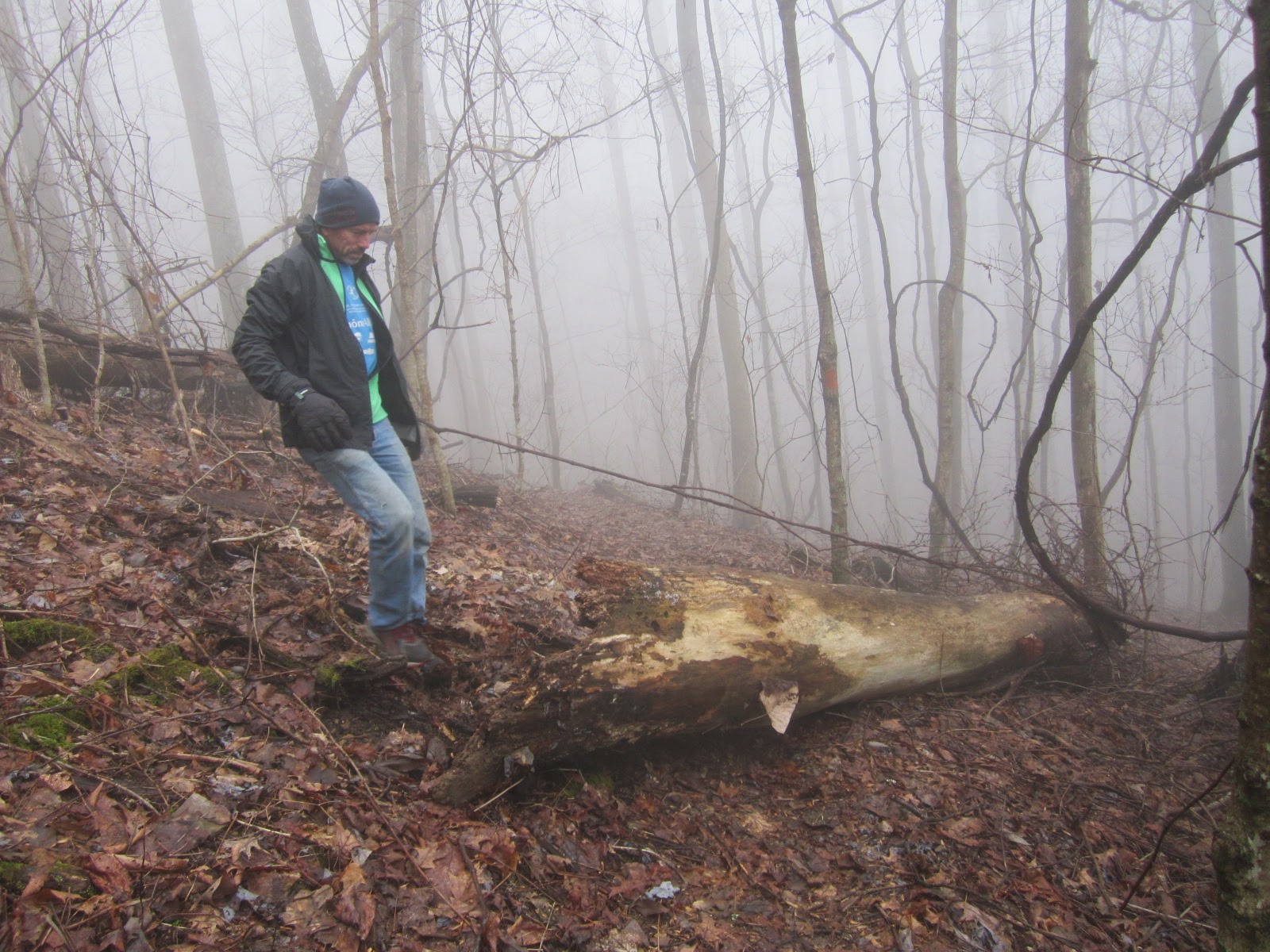 Trying to rid the log (and the trail) of an obstinate vine: 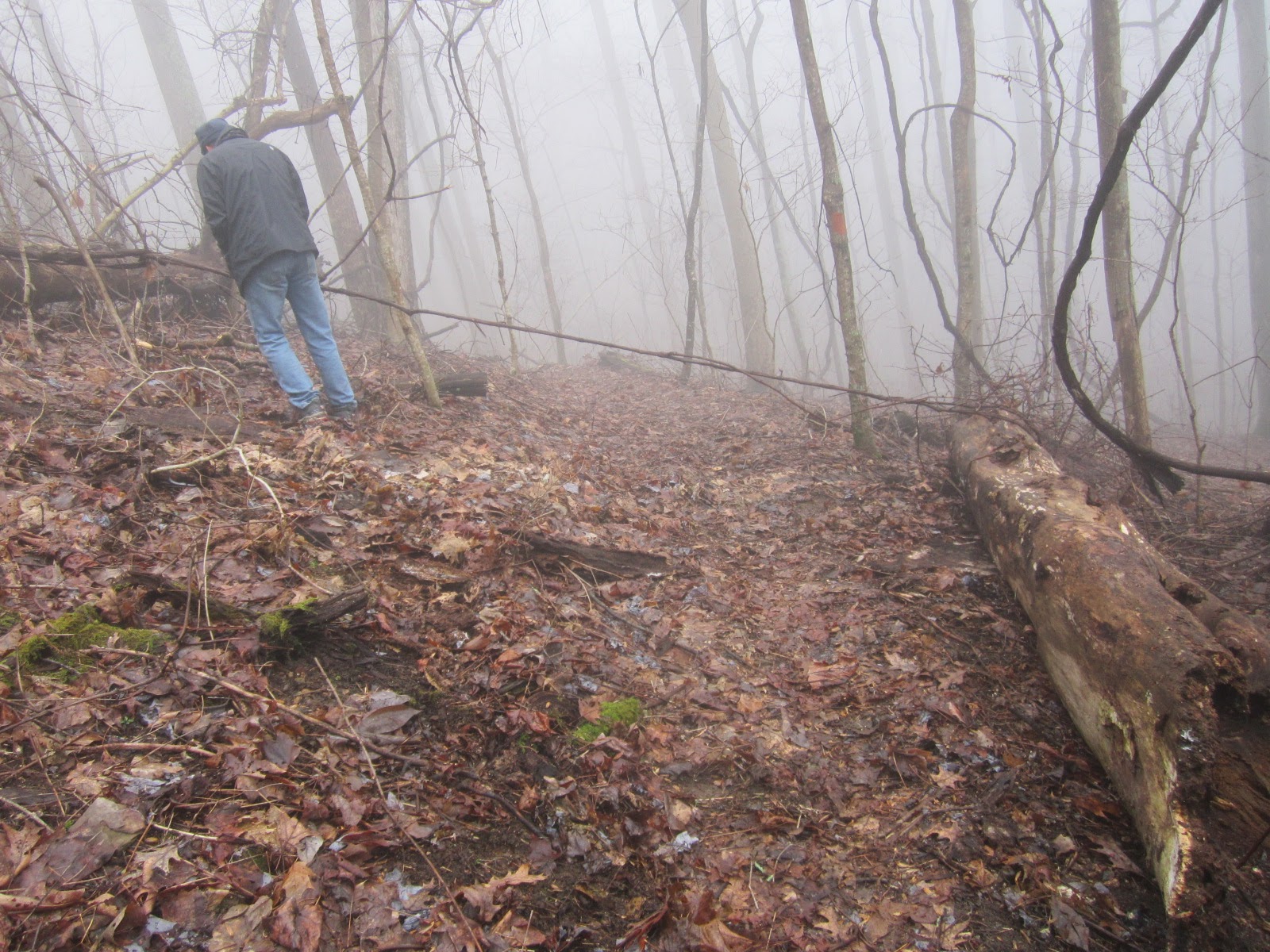 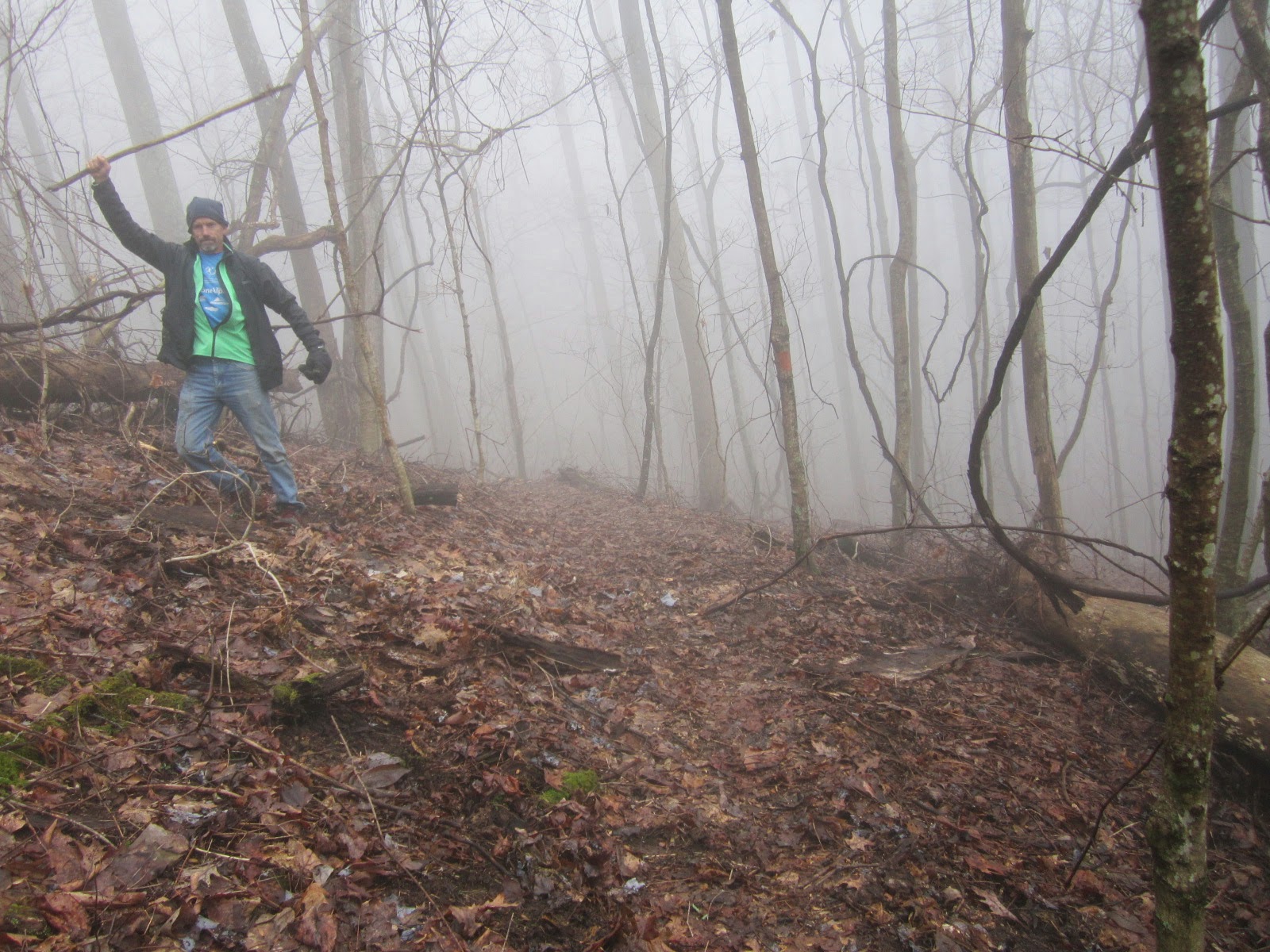 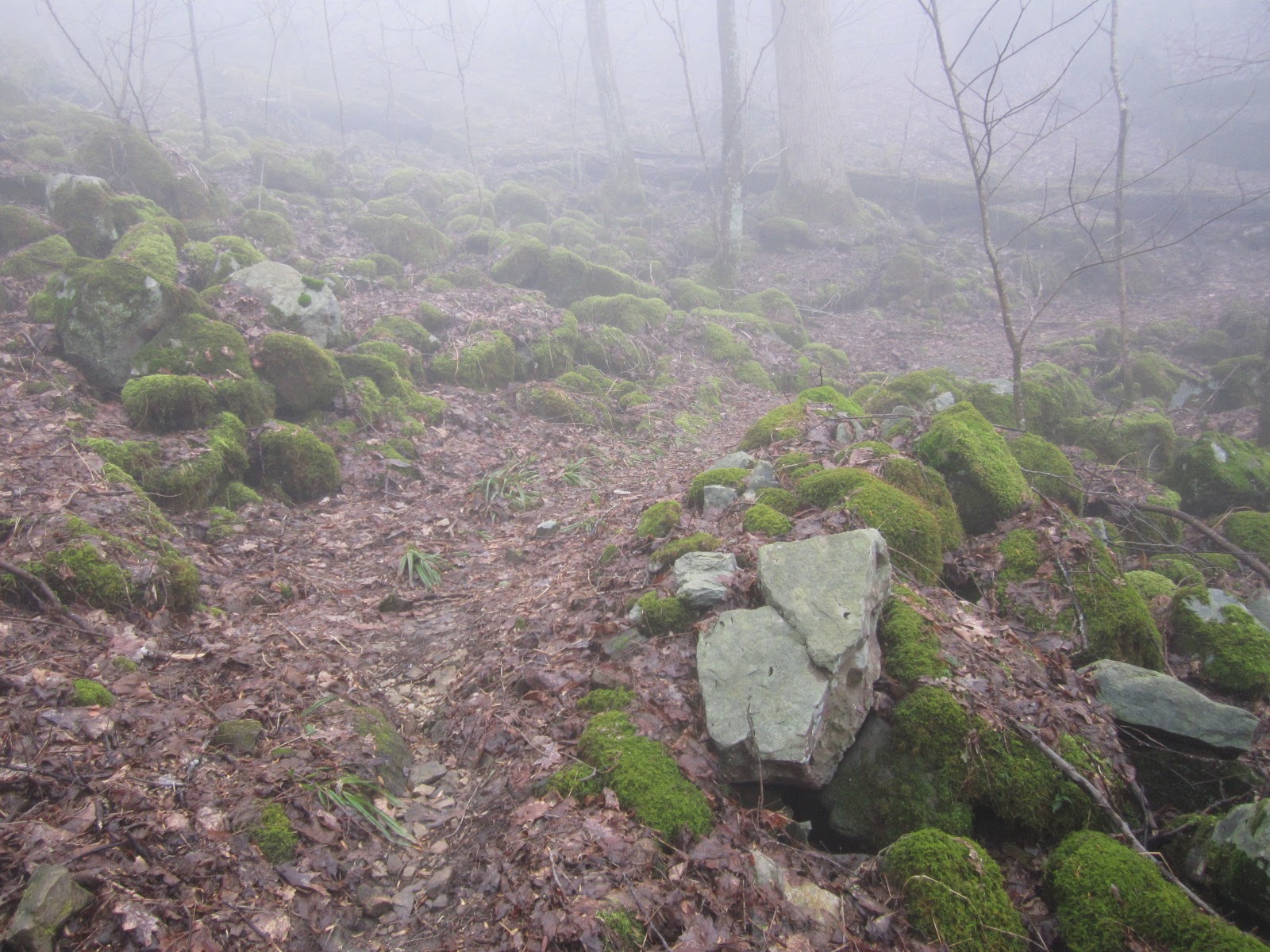 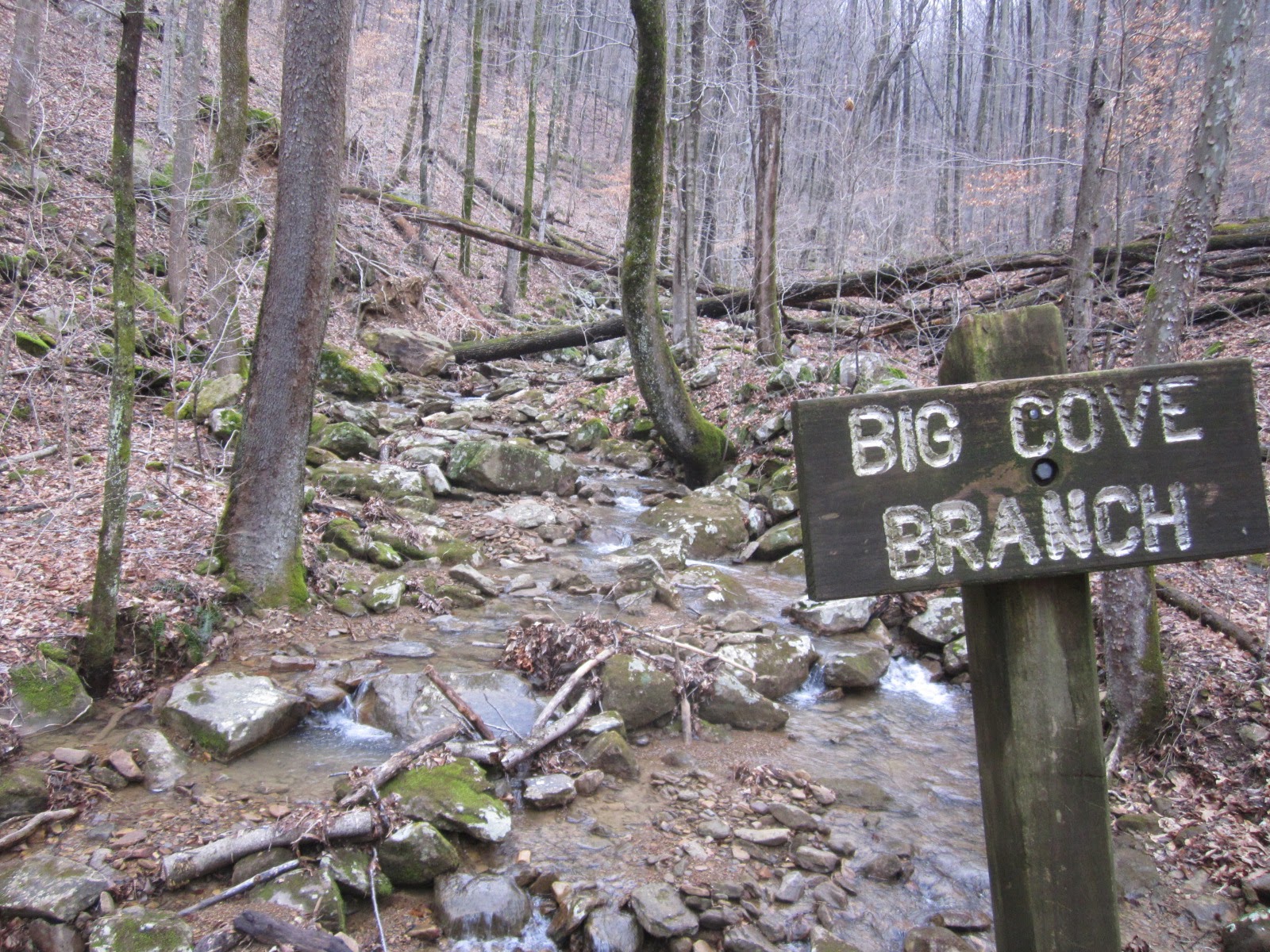 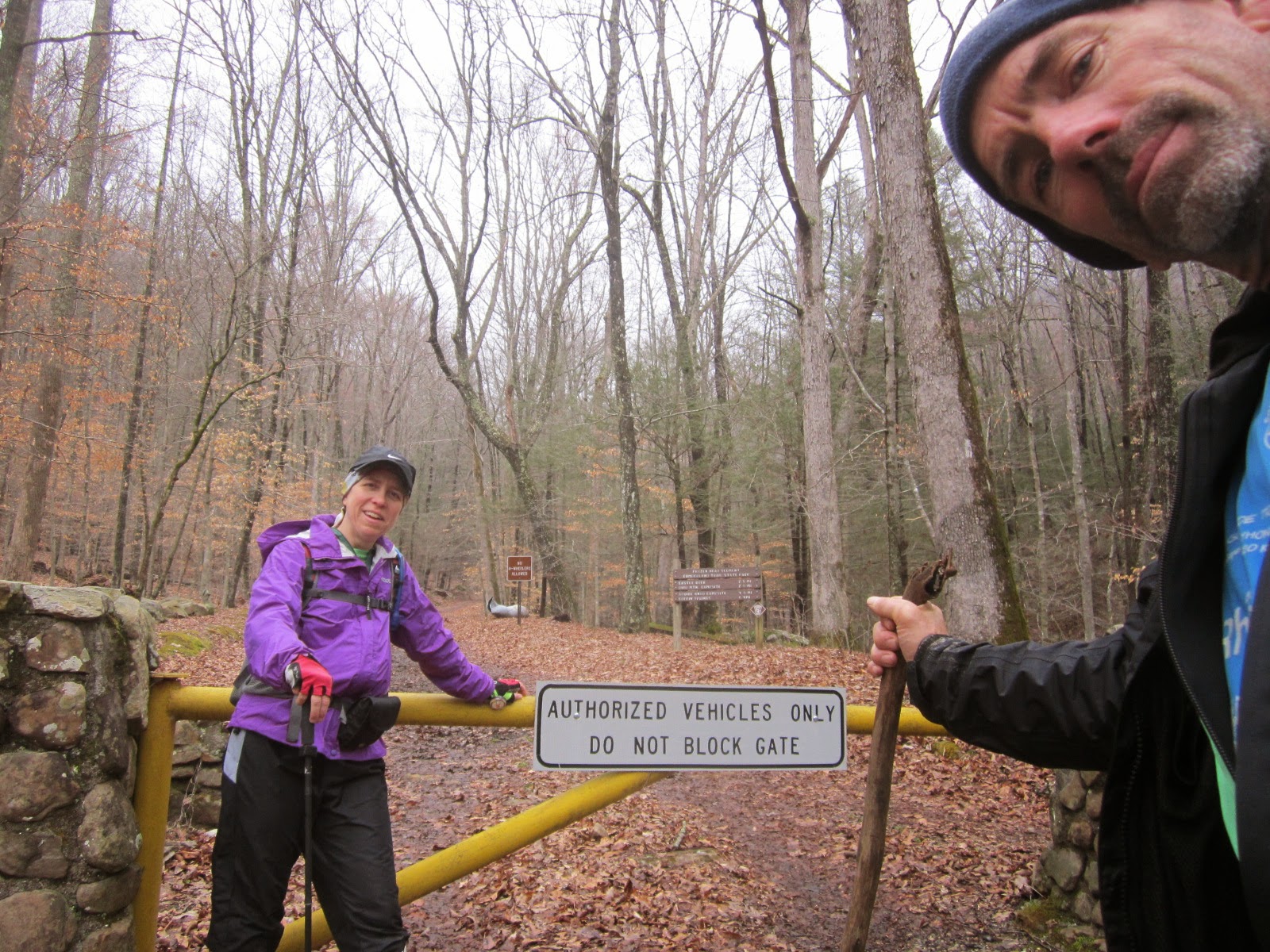 More prettiness in the wilderness: 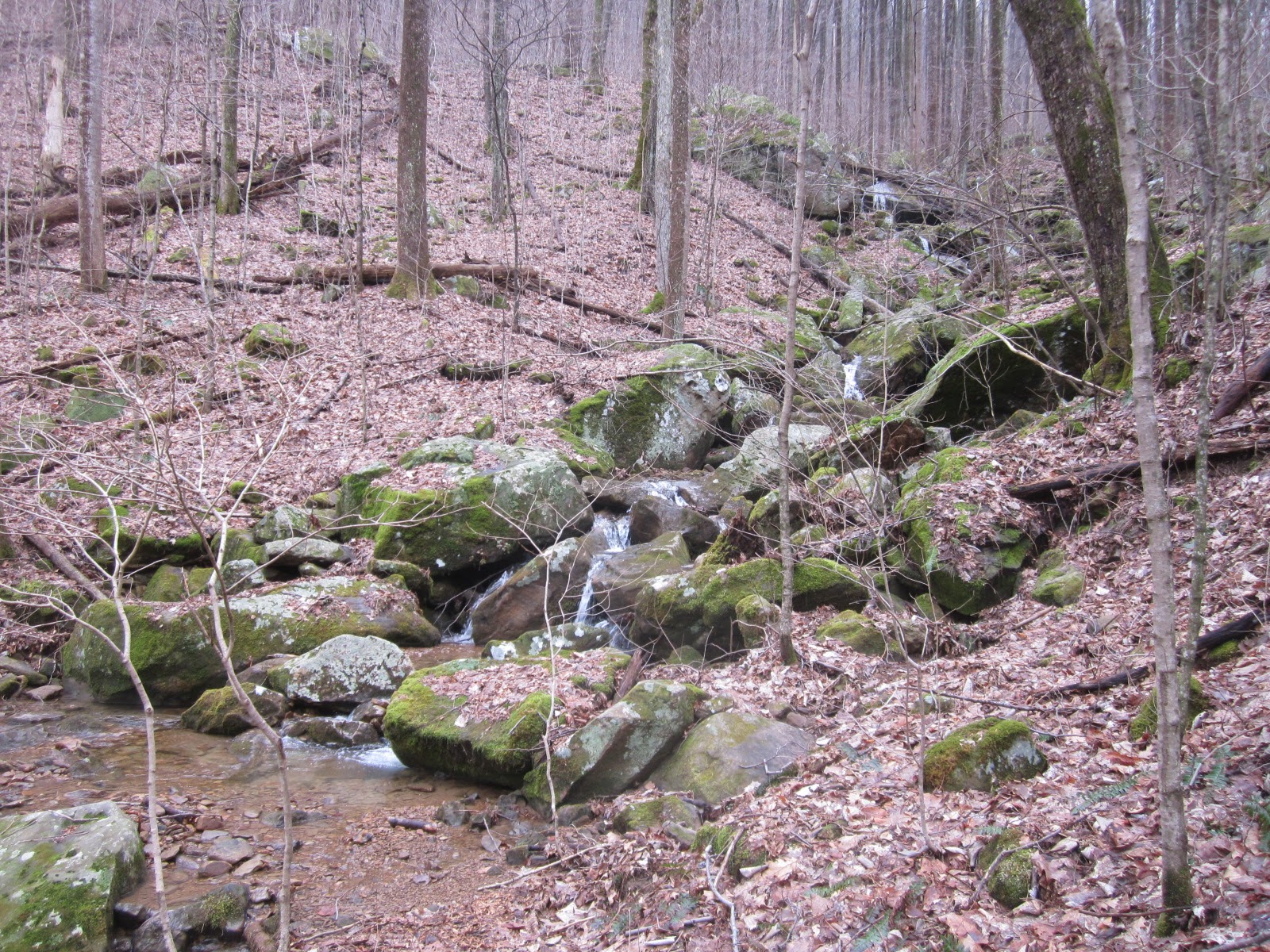 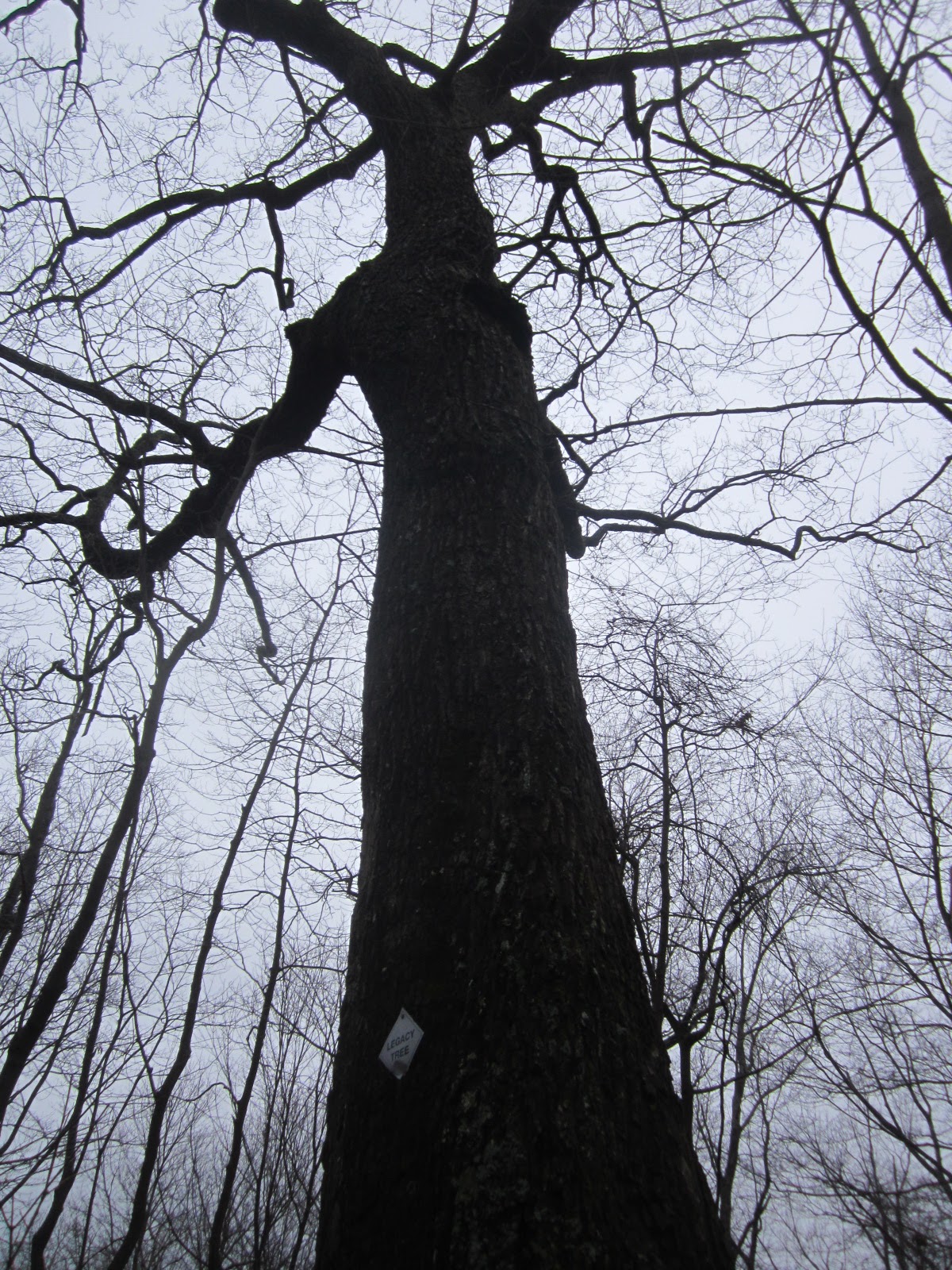 Love this sign, fittingly out in the farther reaches of the park: 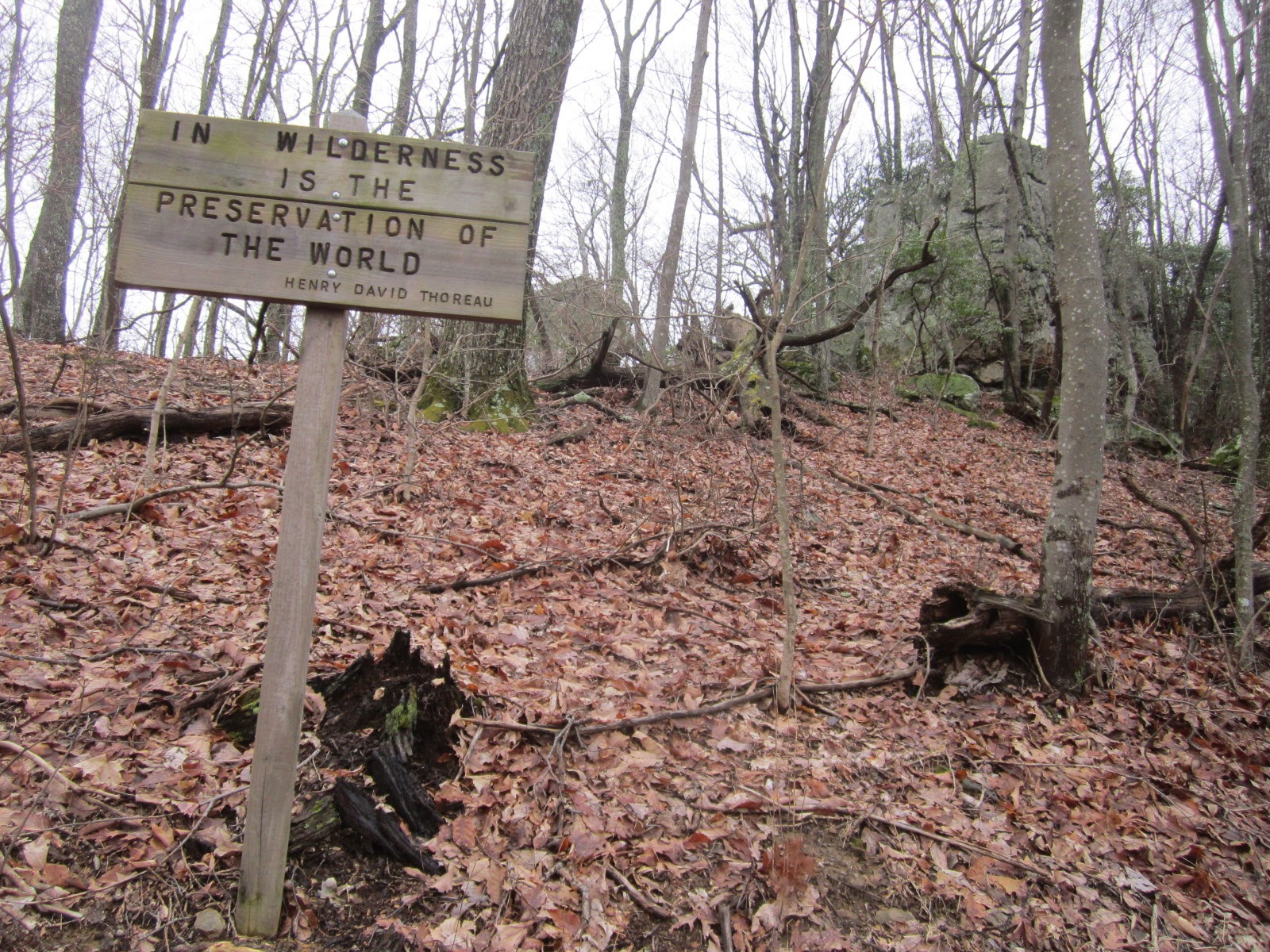 I shall name this rock Harry: 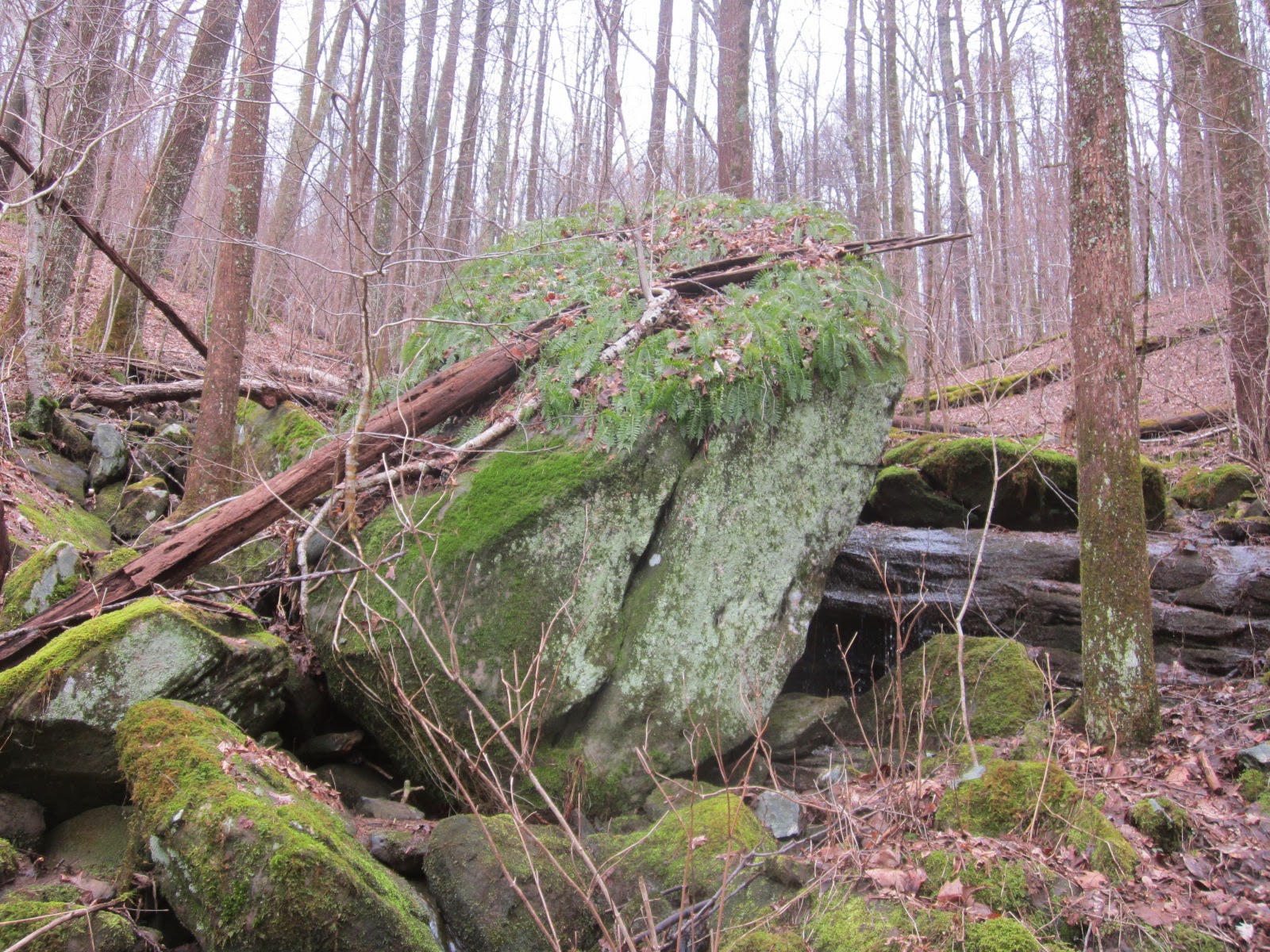 And this one Big Cat Face (OK, I can see how hallucinations could be a problem out here on lack of sleep): 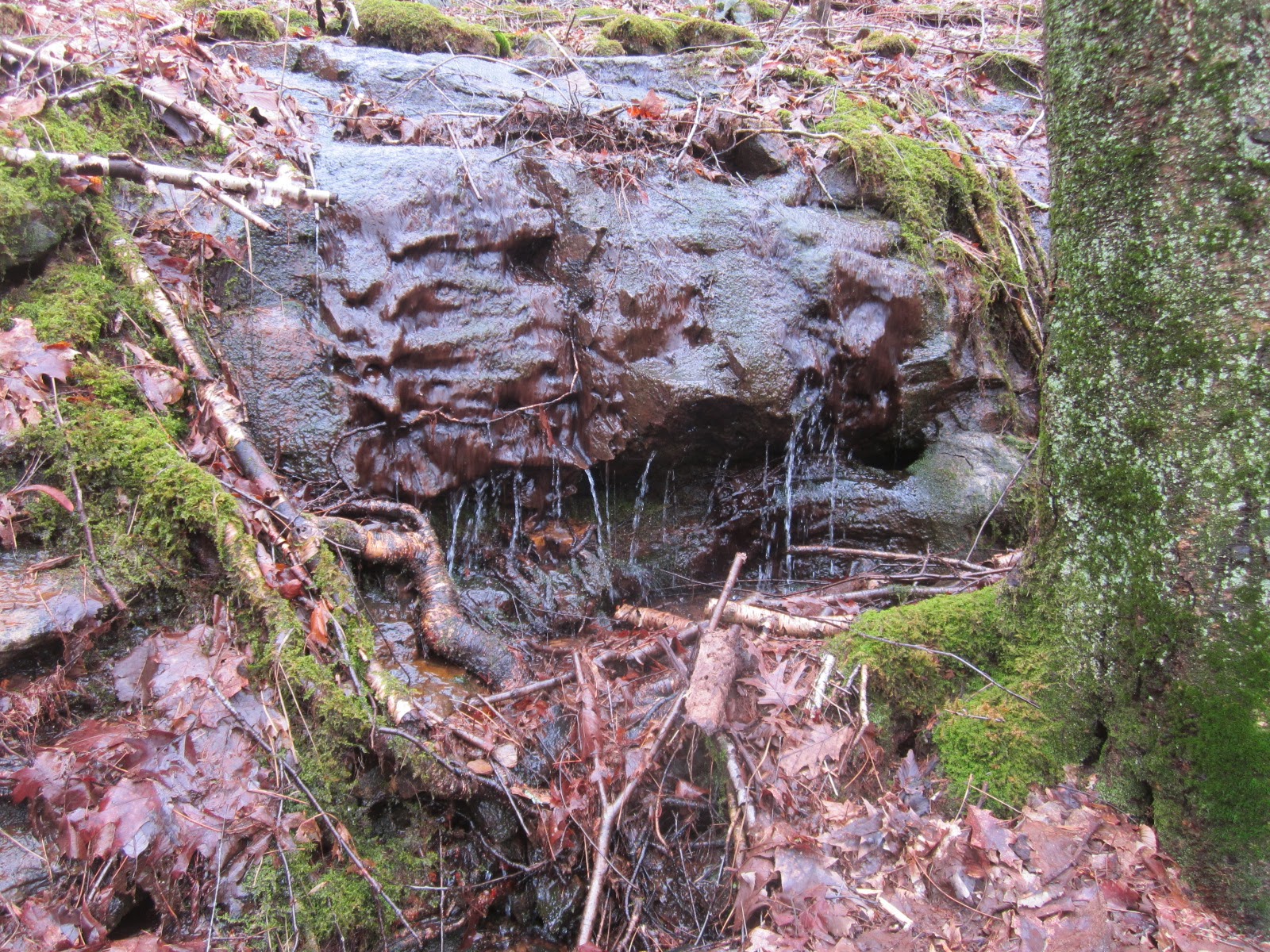 The trail goes through more than one root stock: 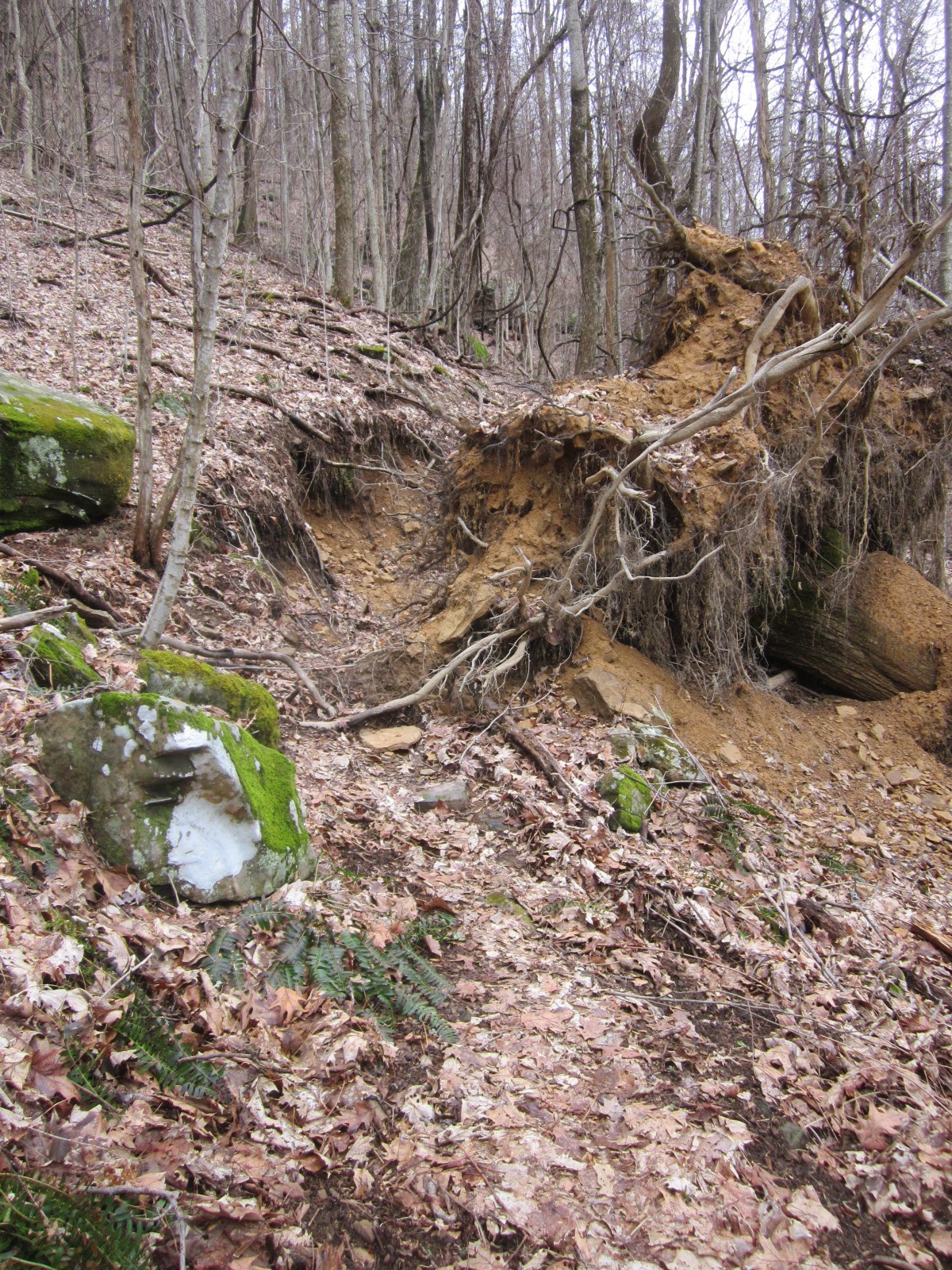 And is graced with a couple blowdowns, this one the most tangled: 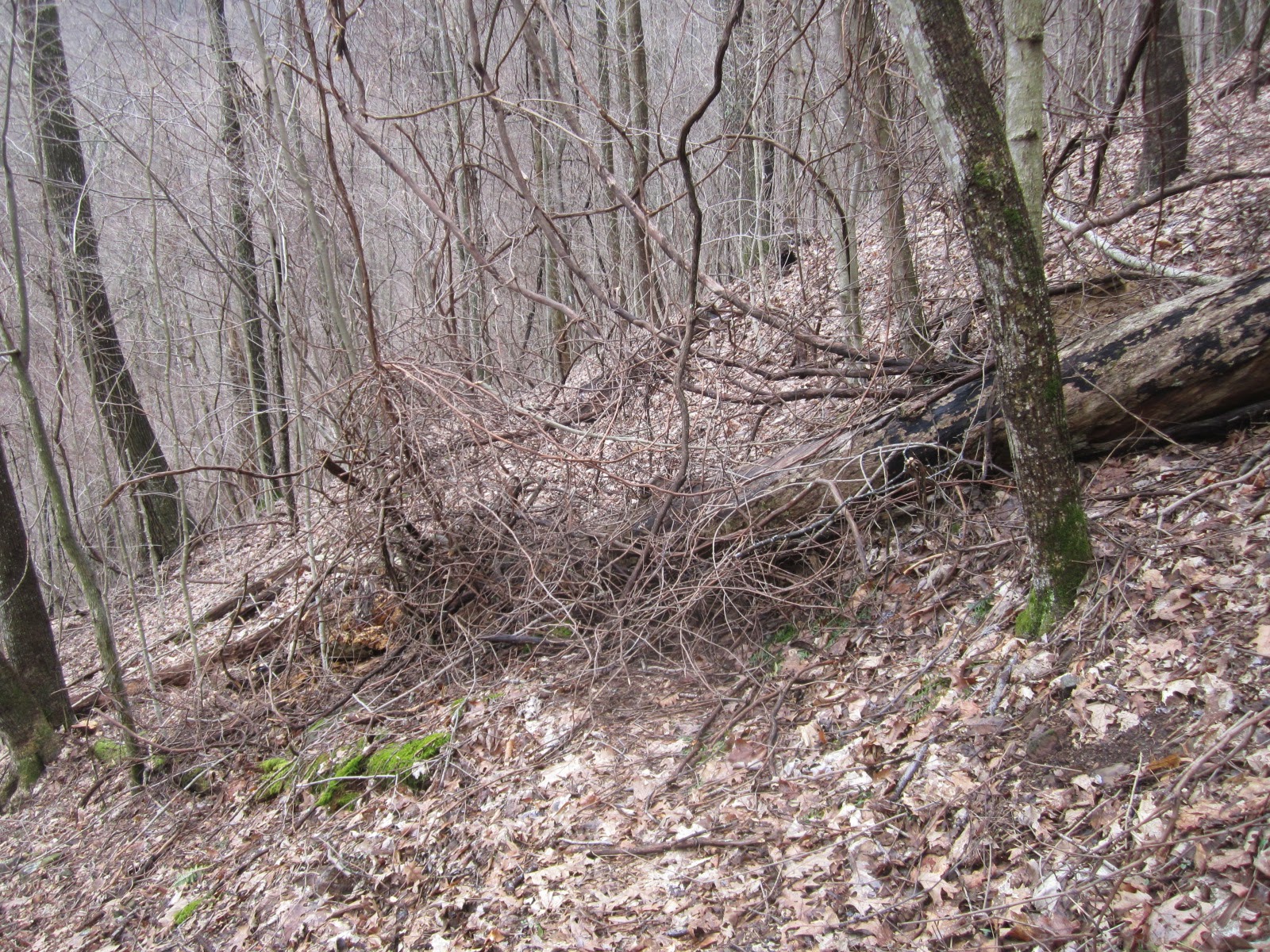 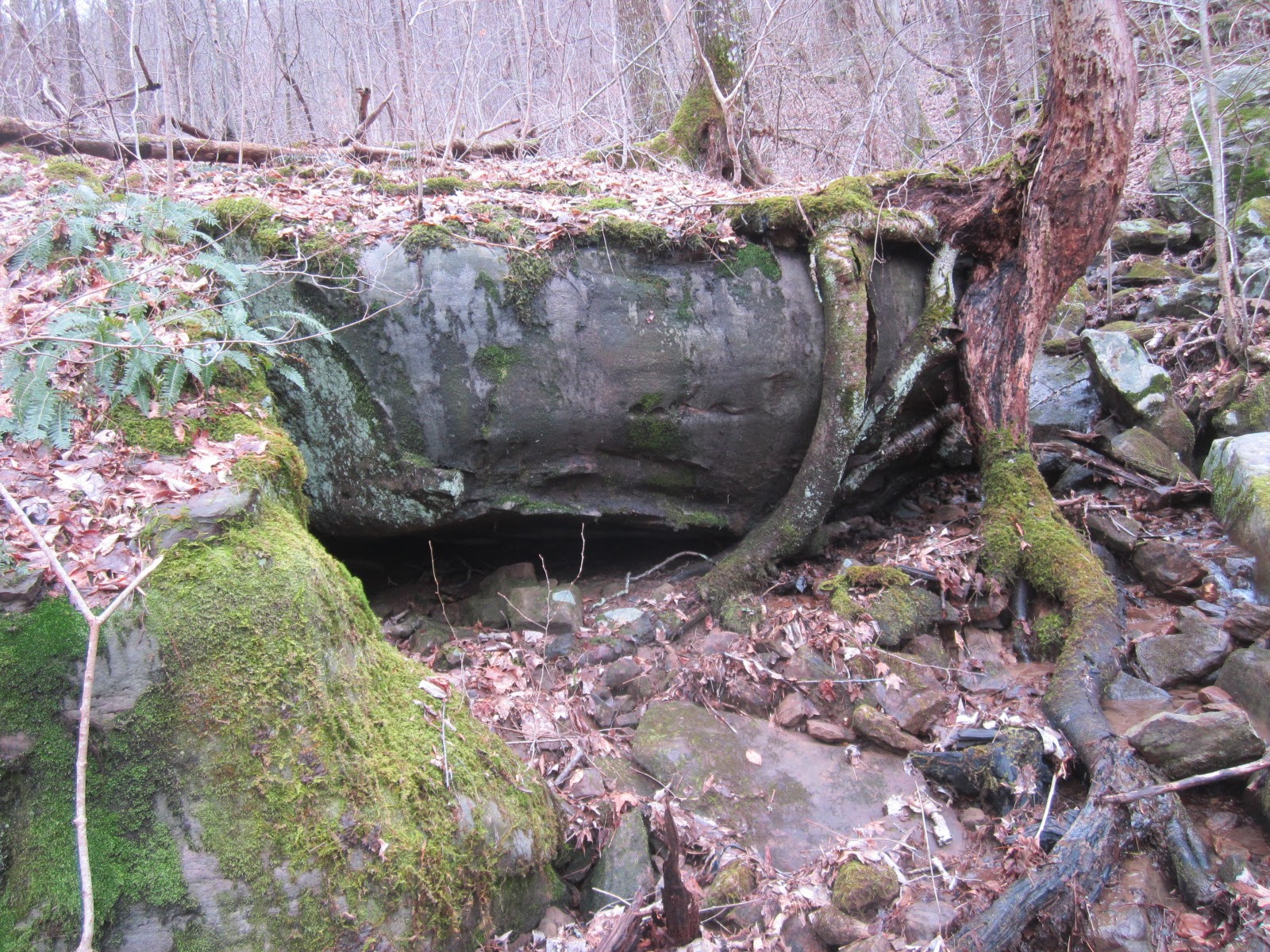 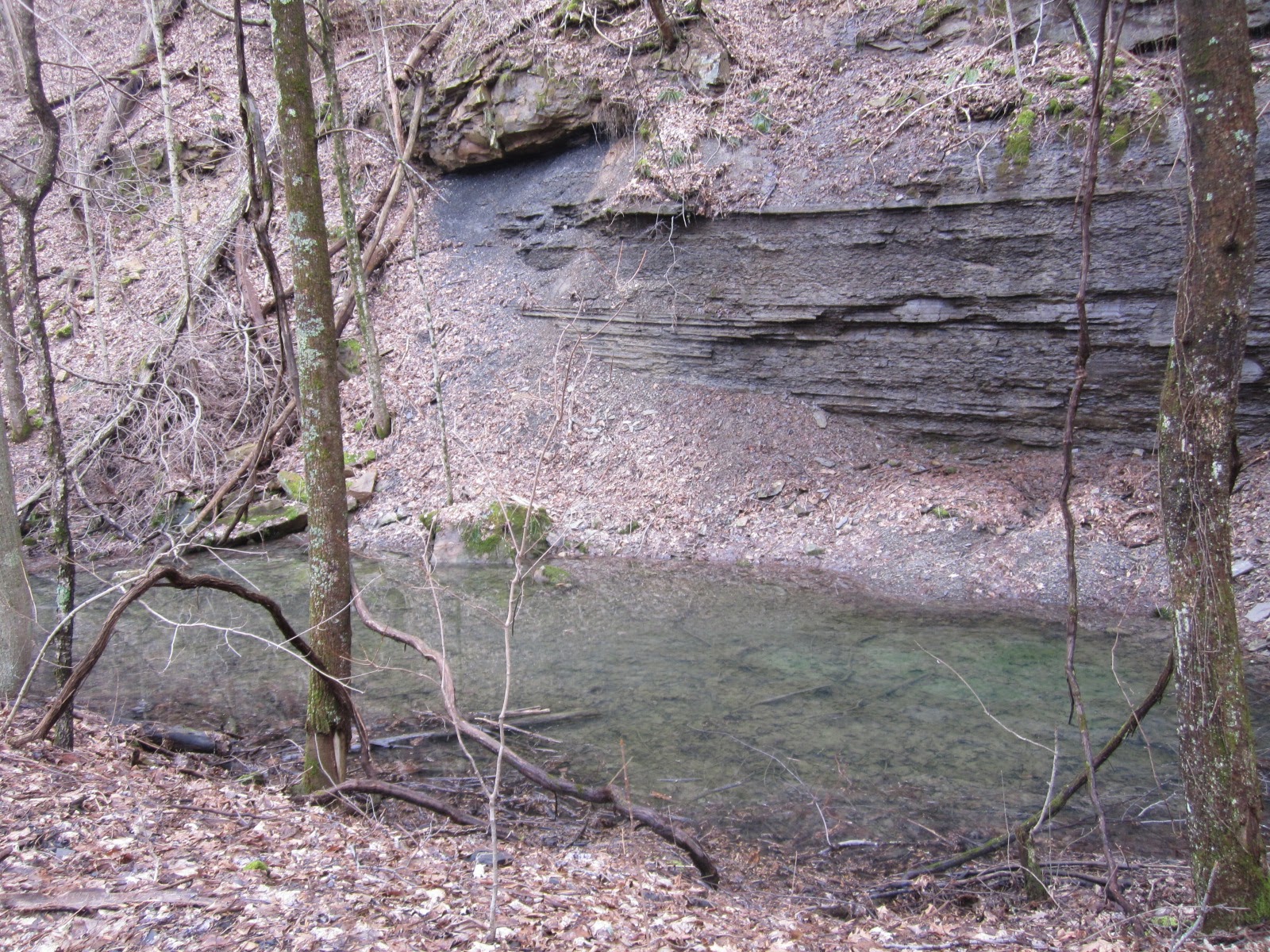 The main jeep road through the park, also known as Quitters Road because it's one of the primary ways people get back to camp after they decide to stop racing. 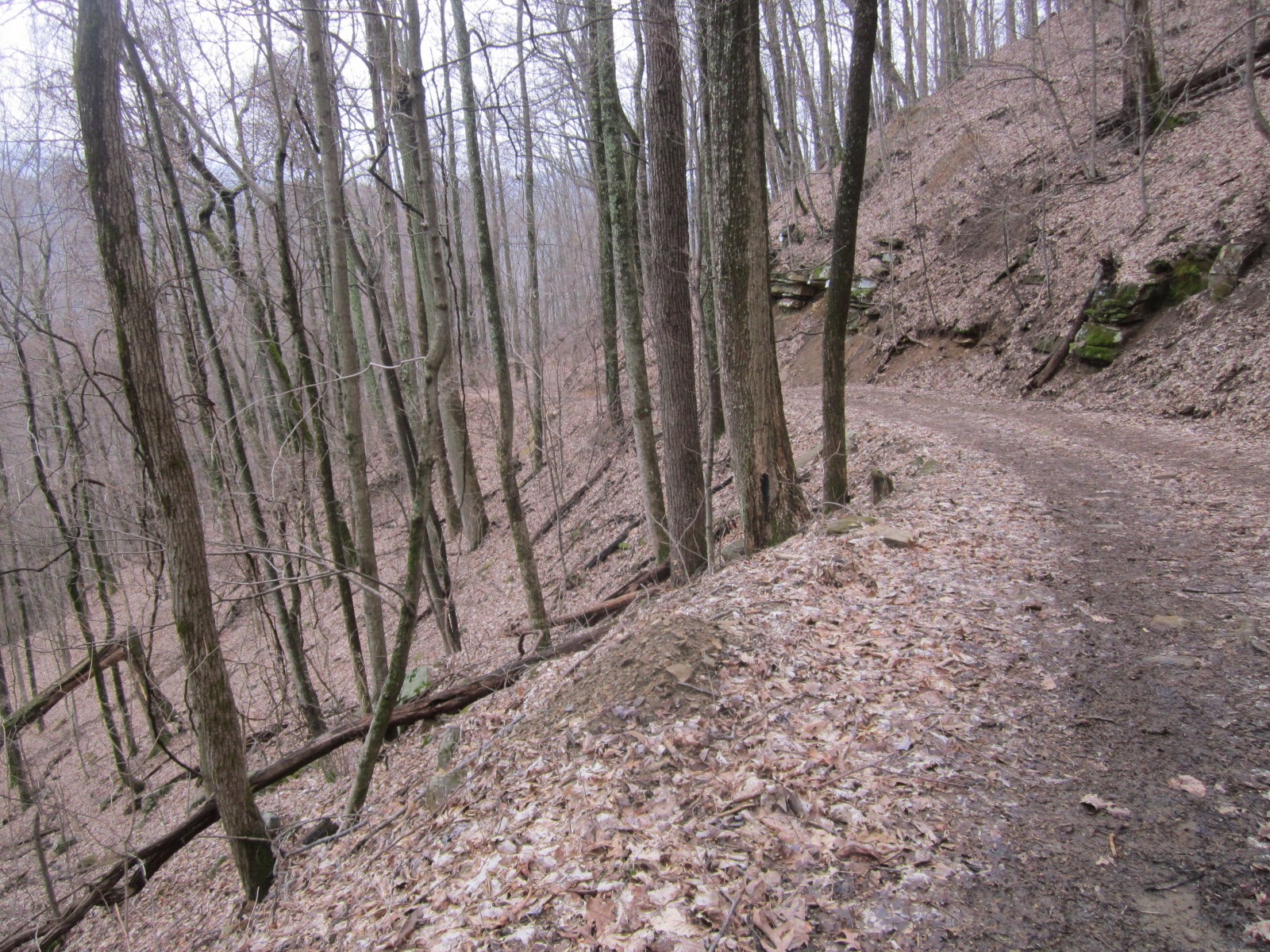 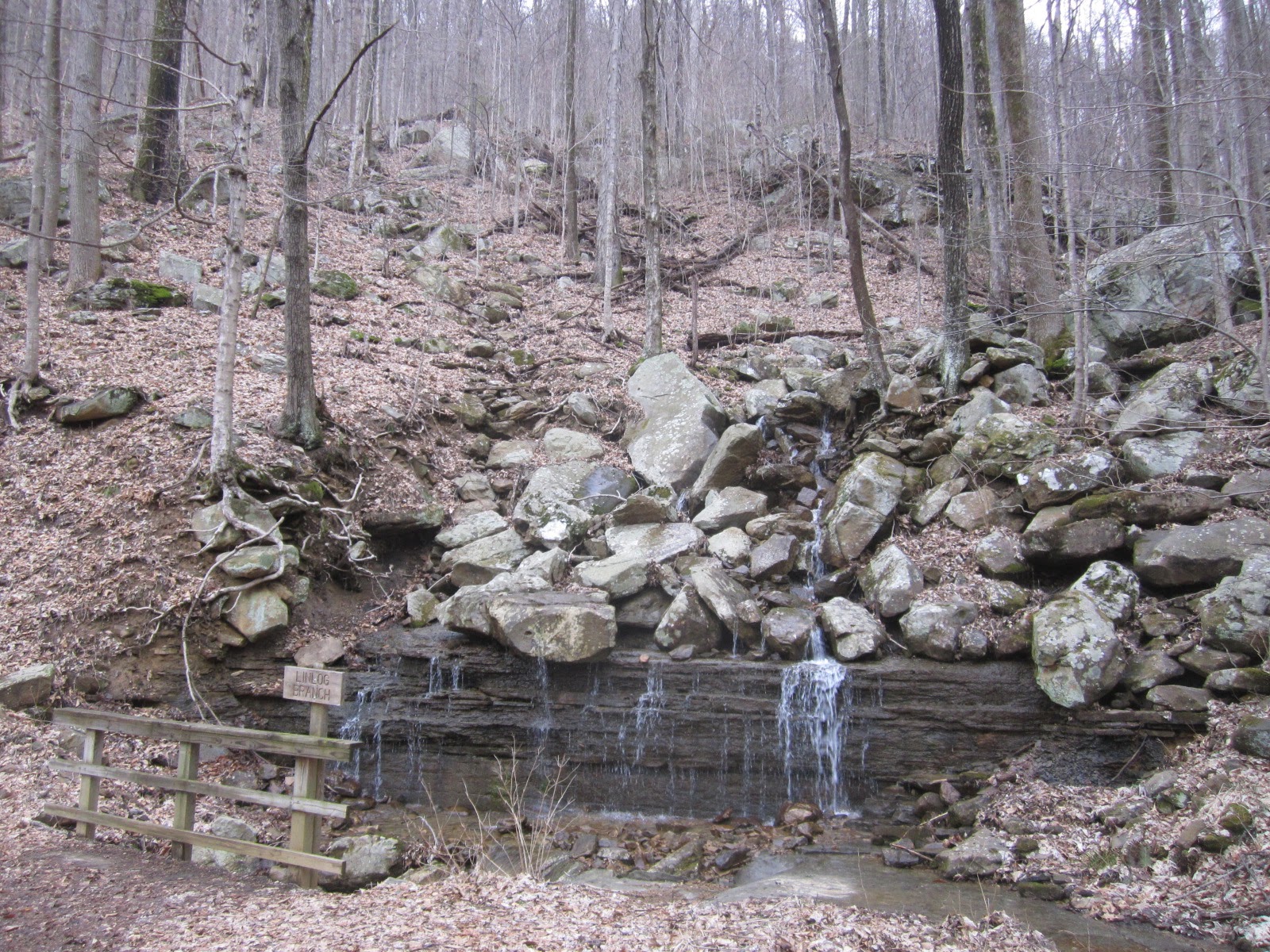 A good start!  The preparation has been enjoyable, if nothing else  :)