Continuing the journey across the northeast part of Australia, we camped for a night at this spot that seemed appropriate: 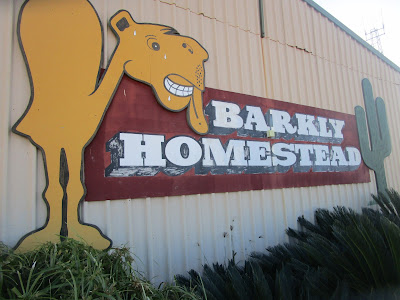 The next day we had crossed the border into Queensland - so long for now, Northern Territory!

Mount Isa seemed like a decent place for a bit of walking around to stretch our legs.  We found our first Brumby's Bakery for some excellent bread.  And we spent a good amount of time touring the exhibits at the Outback at Isa museum.  Here's part of a display showing some of the mining equipment used in the mines that basically define this town (copper, lead, zinc, silver): 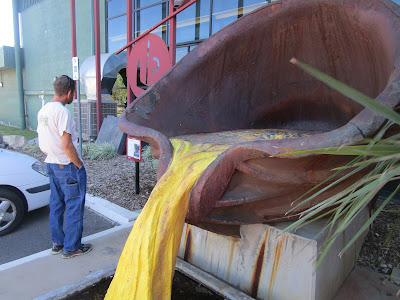 From John's attire it appears we had finally found some warmer weather by going north!  No more jackets for a while.

The pretty botanical garden on the site, including a pandanus (hala) tree like we saw all over Hawaii: 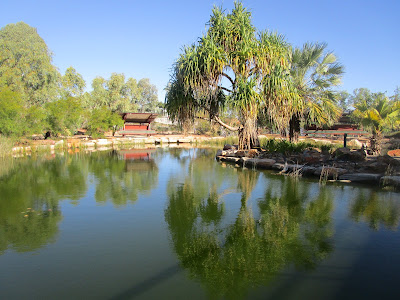 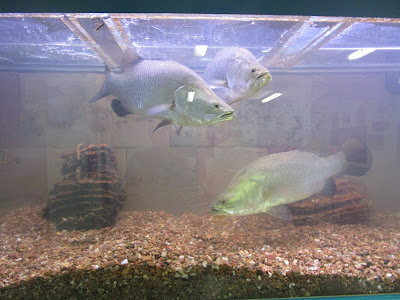 Fun display at the fossil center - the brochure read something like "if you thought there are curious creatures living in Australia now..." 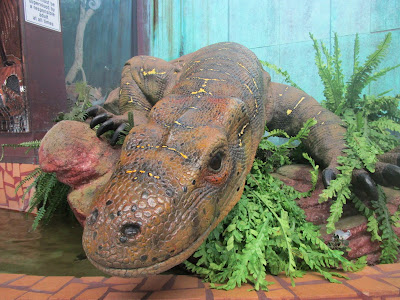 We took a guided tour of the fossil center with a guy who has been to the fossil plains many times and had personal insight and stories to tell, very interesting.  Here's a rock with bones and gizzard stones from an extinct flightless bird called a dromornithid: 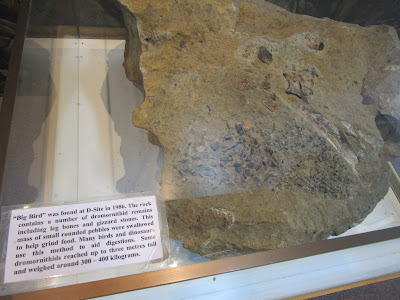 More bone fossils from the same type of large bird: 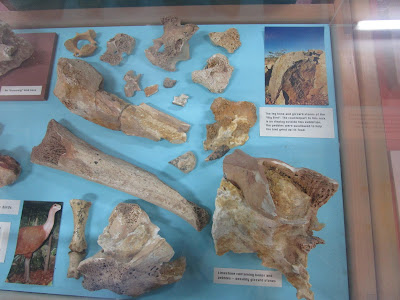 I was quite curious about the little heads on the top right - the upper one is from an ancient platypus, while the lower one is from the modern platypus for comparison.  I had no idea a platypus was so small: 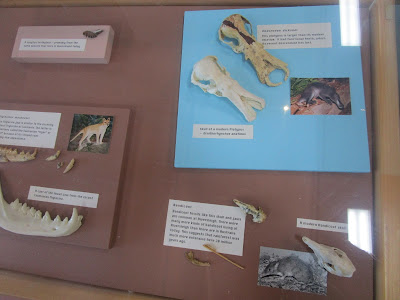 We got to go into the fossil prep room, where our guide showed us some of the techniques they use to preserve and display them: 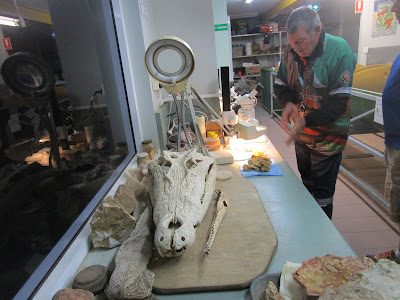 Fossil pieces we were allowed to handle: 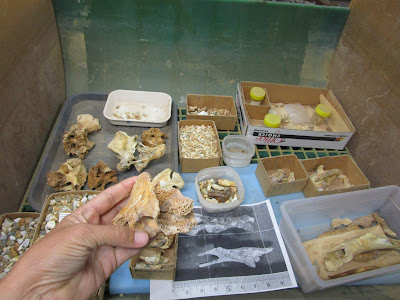 View from the Mount Isa Lookout: 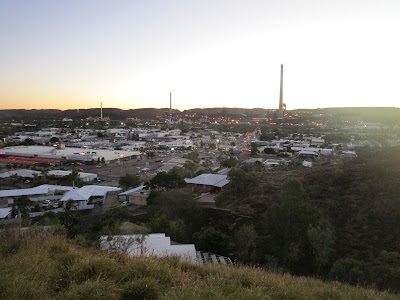 Sunset over the huge mining stacks on the horizon: 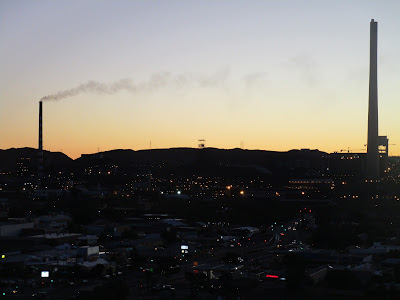 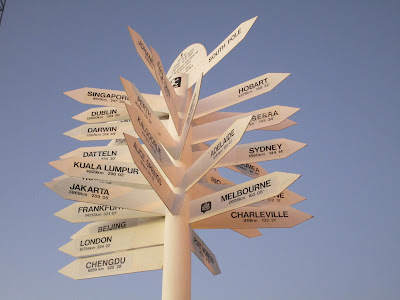 We continued driving east and then turned north to go all the way up to Normanton.  I suppose we could have driven a few more kilometers to see the bay, but we were rather weary of driving and I read that there isn't much to see except mangroves along the shore.

Normanton itself feels really remote and quiet.  We were surprised, therefore, to find several interesting things around the little town.  For example, a giant fish at the entrance to the campground: 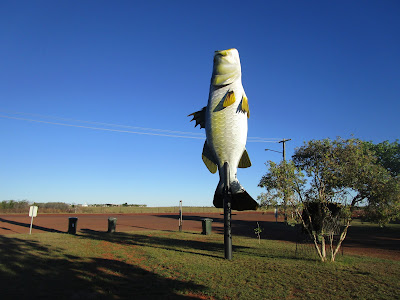 A picturesque train station, with a tourist train that does tours inland several times a week: 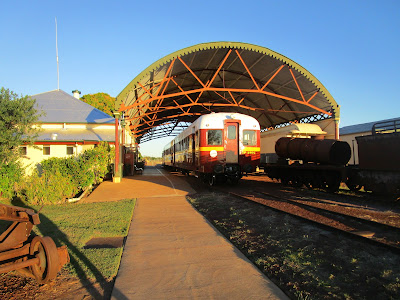 A sculpture depicting one of the largest saltwater crocodiles captured in the world - shot by a woman in 1957, wow: 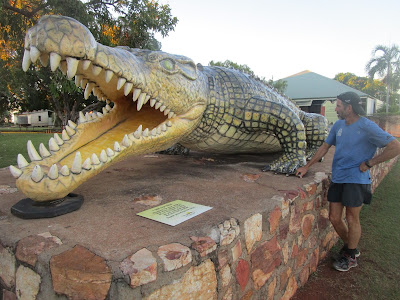 The town boat ramp, where staying back from the water's edge is probably prudent (see photo just above): 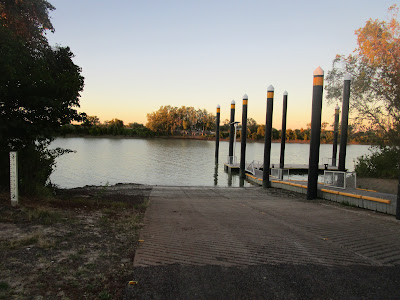 Another funny sign - beware of bulls who will tip over your car: 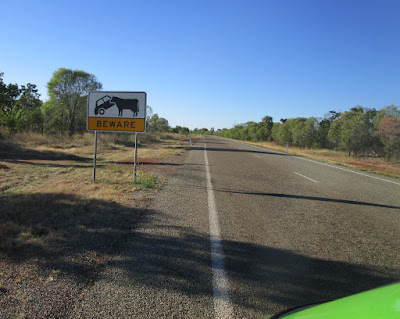 We didn't see any bulls, just oodles and oodles of kangaroos along the roadside, all sitting and eating and watching cars go by.  We watched them carefully and drove slowly but none appeared to have a death wish, just an appetite for whatever was along the roadside that appealed to them.  There was one emu, however, that ran alongside us for a couple seconds, that was a slightly alarming surprise.  All animal collisions avoided, well, except for a few bugs.

On the move again, almost done the big drive north and east (and north) (and east)...