We backtracked to Grenoble specifically to spend a day watching the parapentes flying in the annual Coupe Icare festival. It wasn’t even the busy weekend yet, but there were parapentes everywhere. 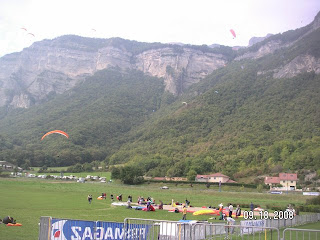 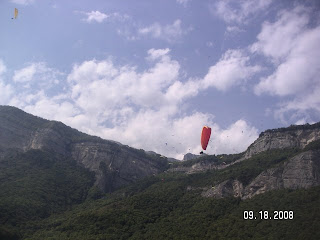 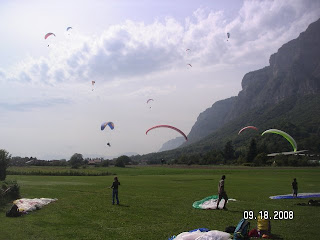 Then there was the most amazing thing we saw, I’d say during the whole trip. I spotted a large bird and it looked like it was attacking one of the parapentes way up in the air! Then we watched closer and realized the bird was flying alongside it. And in fact it would land on its trainers arm in midflight. The trainer was flying tandem (well, in addition to the bird on his arm) so one guy could steer the parapente and the trainer could focus on the bird. How cool!

They landed and then walked over to the area where we were hanging out. It turns out the bird was a young Bald Eagle from North America - wow! We may never see anything like that again. 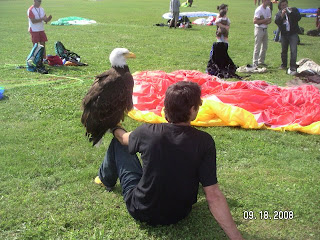