Last weekend of lowland training! Recently I received a letter telling me "due to a stroke of bad luck, your entry into the Escarpment Trail Run has been accepted". This is a 30k race at the end of July on a technical, rocky, interesting course in the Catskills. Seems like a good place for some recon and a bit of trail running/hill climbing from the valley to the finish line and then along a few miles up the course.
Escarpment boulder: 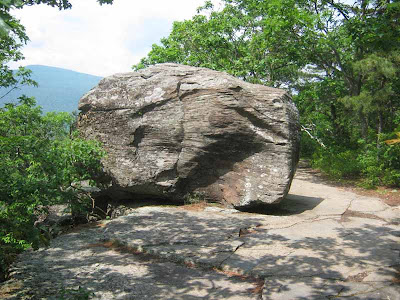 There used to be a nice hotel up here: 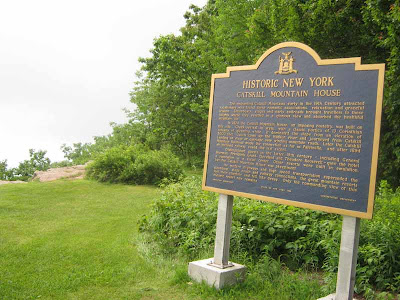 North Lake (the finish line for the race): 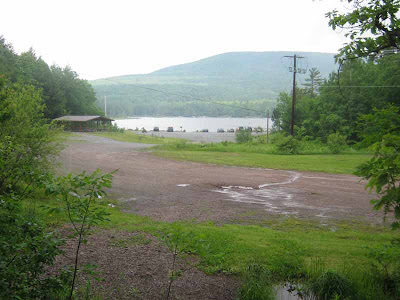 Today was a hazy day: More Catskills geology (is that a duck in the upper left?): 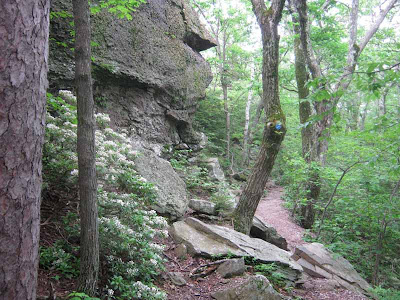 One of several views along this stretch - this trail has more than its share of views compared to other Catskills trails: 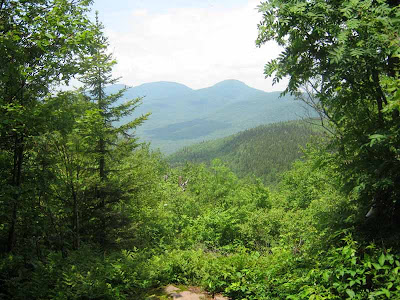 This was a bit of a surprise: 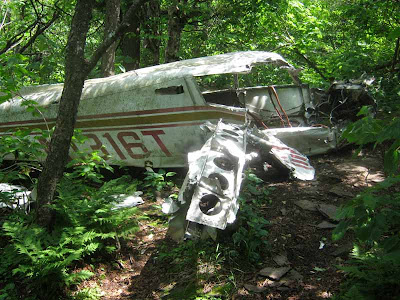 View back down to the finish line lakes from North Point: 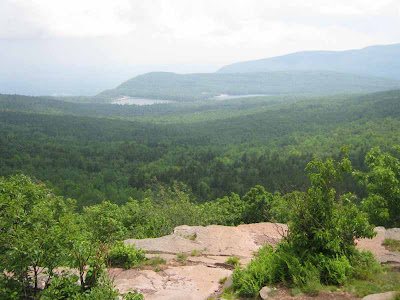 Bad Man Cave (not, apparently, related to the Bat Cave): 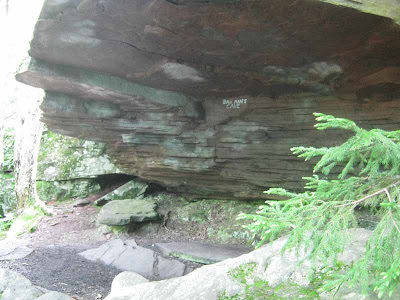 Rob Lowe's book on my iPod kept me entertained and laughing. The extended version of The Outsiders is now in my Netflix queue, plus I'm really looking forward to seeing Austin Powers again sometime soon!
Posted by Marcy at 4:14 PM No comments:

Last weekend I competed in the CNYO REgaine event. By "competed" I mean I went all-out to try to maximize my score, the most all-out I've done in a while, certainly for a long event anyway. By "REgaine" I mean a relay-style rogaine, where there are separate segments to the 24-hour event in which you can go out and look for controls in any order. We got a map with 39 controls at the start, each control worth a different # of points, and whoever got the most total points by the end of 24 hours would win.
The main difference from a 24-hour rogaine was the requirement to return to the start/finish area and rest for a certain length of time during each 6-hour segment. Most folks were running in the "Lone Wolf" category where it wasn't even a relay, just one person going out into the woods 4 times and coming back to rest in between. There was at least one team that switched off runners and always had someone in the woods, but it seemed the more competitive folks ran it solo.
The concept that I liked was that you could decide what order to run the following legs: 5 hour run/1 hour rest; 4 hour run/2 hour rest (twice); 3 hour run/3 hour rest. You could also swap the run/rest order to get more rest, but most people I believe ran the max 16 hours allowed for running. The only restriction was that you could not run back-to-back legs.
So that's quite an explanation, and this post will only get more wordy from here - no photos to share, I'm afraid. My complete focus was on the race, and by the end I was way too covered in dirt and grime to think about touching the camera. Anyone who doesn't really truly care about this event and all the details involved may want to skip this post or at least skip to the end to learn the outcome :) I haven't written a real race report in a long time, fair warning!
I drove my car out to the Morgan Hill State Forest south of Syracuse and set it up for sleeping and working on maps and gear. Any stage race requires efficiency during the rest periods and a quick gear turnaround for maximum sleep. I planned to experiment with a slightly odd strategy of starting out with a 1-hour rest period to work on maps and route planning, since we would receive the maps right before the start, and with rogaines it usually takes time to figure out a good course of action. I think everyone else got their maps and ran. 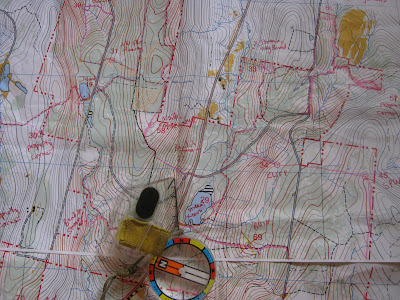 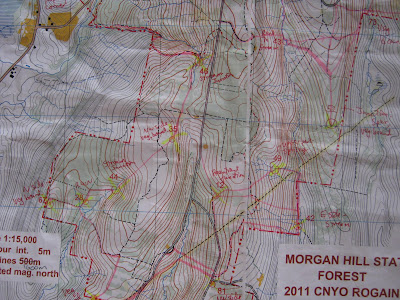 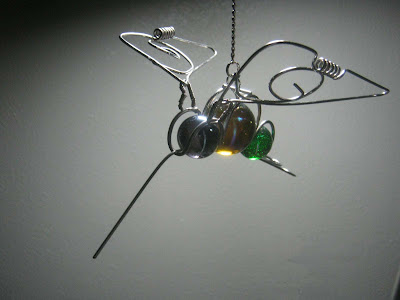