I recently got lucky enough to join a team for the Untamed New England adventure race in Maine in June, very exciting!  I almost always race with at least one teammate who is related to me, but Laurent was great at the Frigid Infliction - twice - so I guess it's time to try longer races with other folks I don't know well.  I met Druce at Desert Winds, and John and I will race with Dima at the Longest Day in May.  In the meantime, it's about time to do some adventure racing training!  Good thing I've got the running thing mostly down pat.

Last weekend I rode up to Thacher State Park, ran around for a while, and rode back down (even got a bit of rain for a short gear/clothing test).  Good start.  The only downside so far of the biking training is that I can't listen to my iPod.  So I got my "Ready Player One" fix (awesome book!) in a couple hours of trekking.

John got his bike together yesterday to join me on my second "bike paths of the Albany area" ride.  We made it all the way from one end of the Mohawk River trail to the other!  Awesome.

But first, on the way over, John noticed the "Bella-Napoli Italian Bakery" on the map, and John is an excellent judge of breakfast and pastry places. 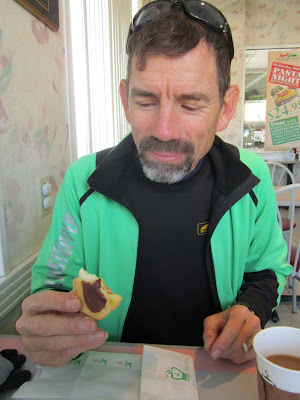 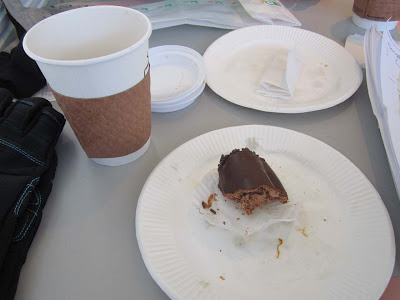 We worked our way over to Watervliet and hit the trail heading west.  What a nice ride along the river for miles and miles.  I commented that even Austin, with all its awesome outdoor stuff, doesn't have anywhere close to the bike paths that Albany does.  Who knew? 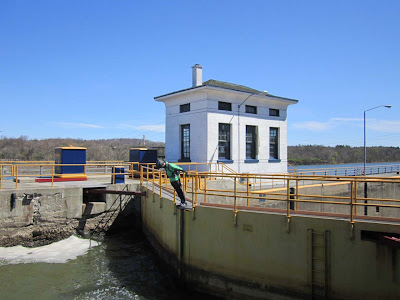 Superfly on the Mohawk River: 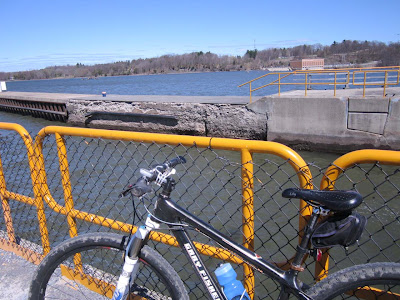 It's not so easy to shoot lots of photos while biking.  But I did want to get a shot at this intersection.  Entitled "In Schenectady, the separation is about 6 inches": 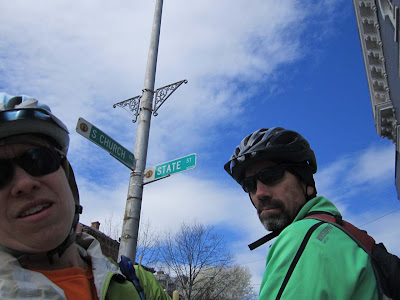 Also, I'm practicing my selfies, so many of these won't be nearly "John quality" for a couple months.

Today I went running around Pine Bush (more audiobook time!) and then we took Sunny down to the Hudson River for a float trip.  Neat to be paddling on the Hudson!  It's always fun to find ourselves paddling on a new (for us) body of water.  So psyched that John could bring the boat up from Texas on Amtrak. 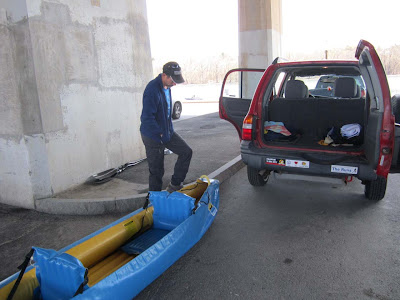 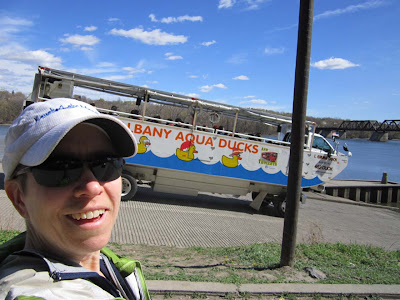 We've got A LOT in the plans for the next ~10 weeks, so while I'll probably have a lot of blog-worthy material, I may not have a lot of time for the actual blogging part.  We shall see!