In lieu of visiting another animal park, we put the Koala Hospital in Port Macquarie on our "don't miss" list.  And it was great!  A wonderful last stop on our way back to Sydney.

We love when a town does a set of painted sculptures around a theme, and this one was so appropriate - the Hello Koalas Sculpture Trail: 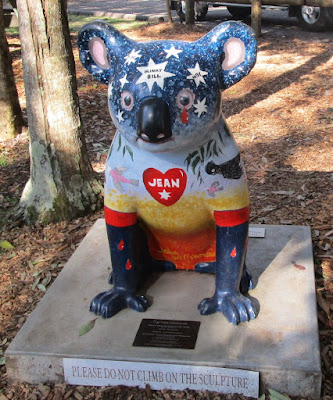 An actual koala ambulance - they do koala rescue, helping injured and sick animals, treating them and then hopefully releasing them back into the wild (if/when they are ready): 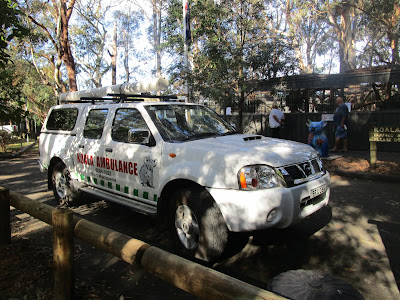 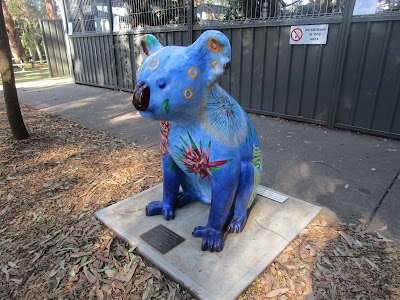 Time for the real thing!  Unsurprisingly, this one is asleep: 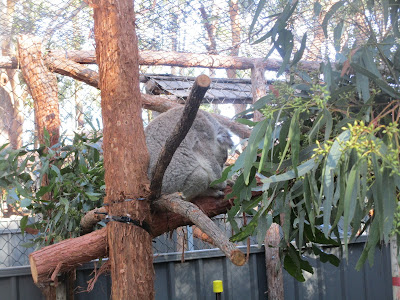 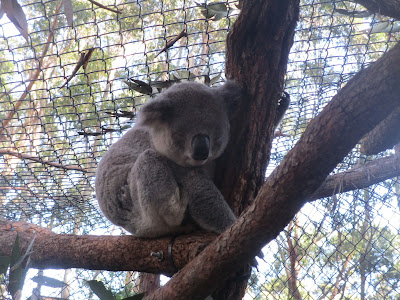 This one prefers the ground this morning: 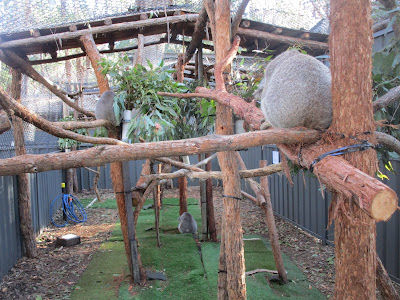 I'm amazed at the positions they can balance in, especially while sleeping: 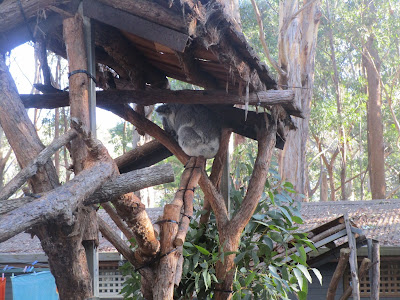 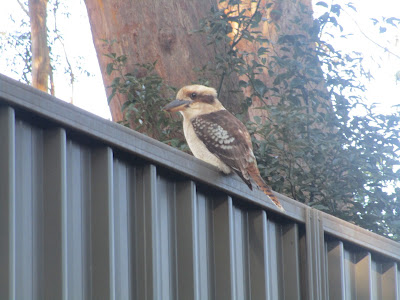 We were treated to a close-up view of one these loud birds that had been accompanying us around Australia (love to listen to them "laugh"): 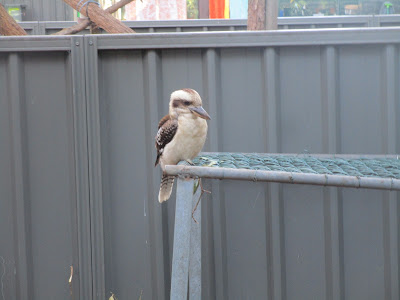 Back to the furry creatures - as part of the talk, the volunteers fed the koalas some greenery so they were more alert for a little while.  Good morning sweetheart! 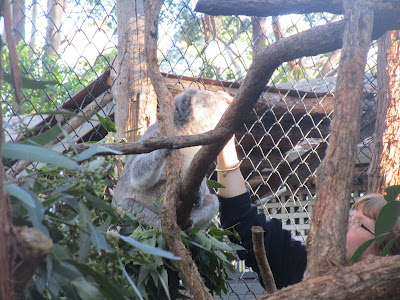 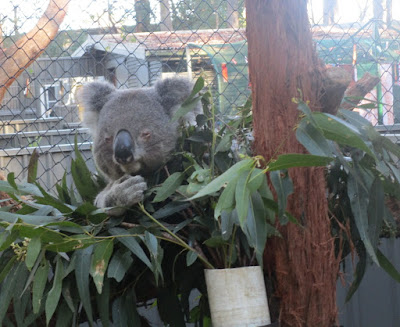 One last large object - the Big Banana!  As seen from inside the moving Jucy, I was surprised to get any kind of a shot, but it is kind of large and hard to miss: 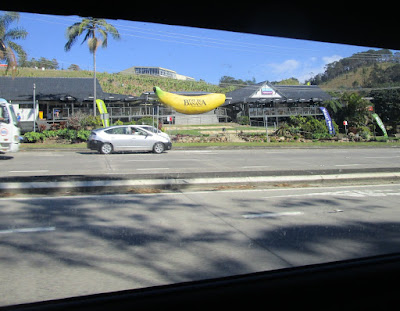 We stayed at a caravan park in Harrington, and I only mention this because of a memorable run we had there.  I didn't expect it to be memorable, so no camera.  We went out on the raised seawall path that goes across a little bay/tidal basin.  It was dusk, tide was dropping, and there is an opening in the seawall with a bridge over it.  With the tide going down, there was water moving out from the basin back to the ocean.

While running across the bridge I heard a splash, so I stopped to look around.  Another splash, now I see something jump.  A fish?  No, it's bigger than that - a dolphin!  What?!  Little dolphins, and it looks like they are hanging out in the moving water looking for fish to scoop up.  So very cool!  This time I managed to fetch John so he could see as well.  I'm not sure how Australia continued to surprise us with amazing animals in the wild, but it kept happening and I still can't quite believe it.

This was also the seashore where we saw places to fish, fish cleaning stations, and right across the way a barbecue grill in the park where you could cook the fish if you so desired... there were barbecues everywhere, all the parks had them, and now that I think about it, why didn't I take a picture of one of those?  Next time!

Jucy with a flat tire!  John changing to the spare in our lovely wooded campground (in between watching Olympic rugby on the campground TV, that was great!): 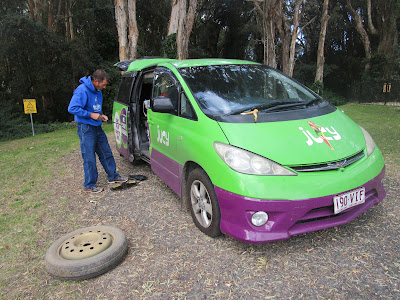 The local garage was able to remove the screw and repair the tire, excellent.  While we waited for that, we went down the road to see the Crowdy Head lighthouse (I kept misreading the place name as "Chowder Head"), anyway, the lighthouse is pretty: 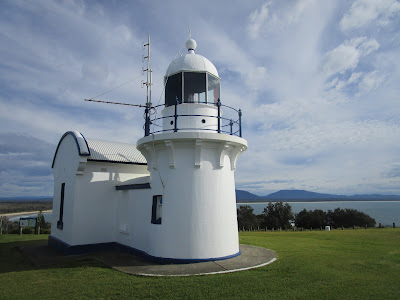 One last photo on our way out of town - this is the basin where we saw dolphins the night before: 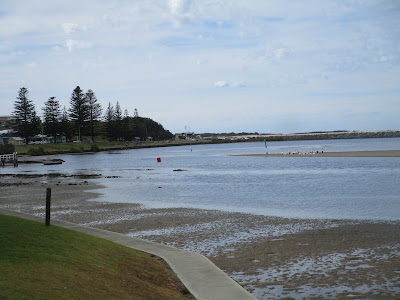 This country never ceases to amaze me.