Our first visit to Bend, OR

After the eclipse we traveled south to see more of Oregon.  Eventually we'd like to explore a lot more of this interesting state.

John suggested we stop at Smith Rock State Park, and I'm sure glad he did.  It's really pretty.  There are tons of rock climbing opportunities, so we will certainly need to come back here with some time and some rope. 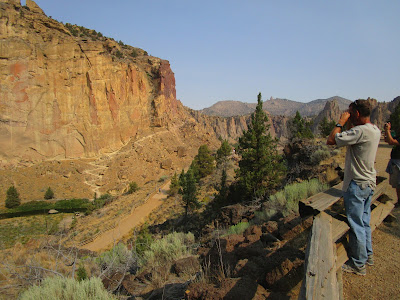 The scenery from the parking lot is amazing: 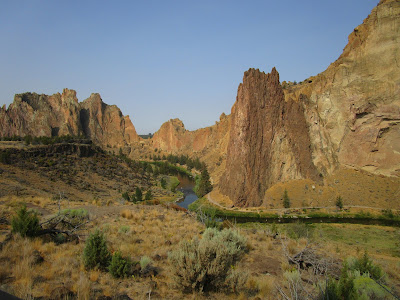 There are also a bunch of trails that we need to explore.  Good call, John! 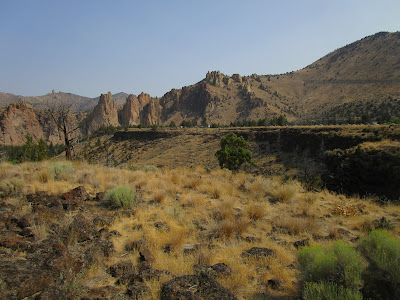 We continued on to Bend to visit our friends Diana and Robert.  They kindly let us camp in their driveway, thank you! 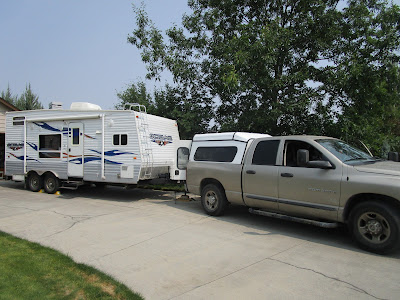 They also offered to show us around town - local tour guides, awesome!  Always the best way to see a place, and Robert and Diana are great company as well.  Double bonus.

Interesting sculpture by the river: 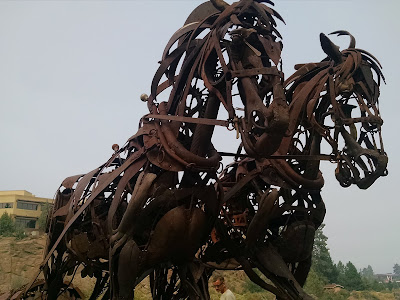 Hiking along the Deschutes River on a favorite trail of theirs: 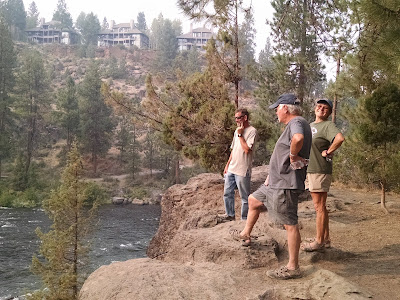 A tiny frog in a water fountain, I don't know why, but this struck me as blog-worthy: 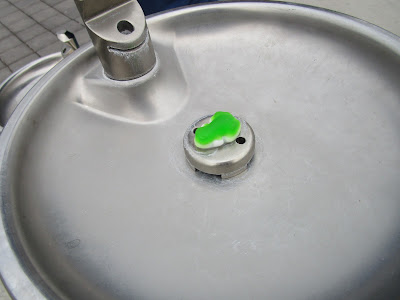 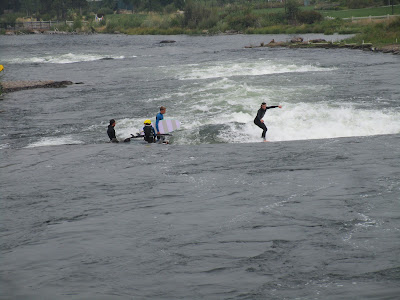 We really enjoyed walking up in the hills, I believe this was at Sparks Lake: 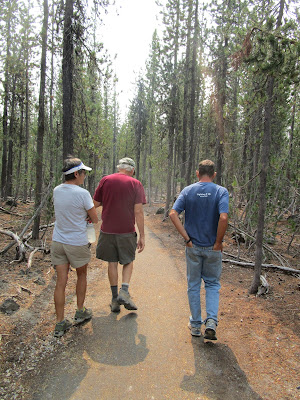 Neat little trail through the pine trees and volcanic rock: 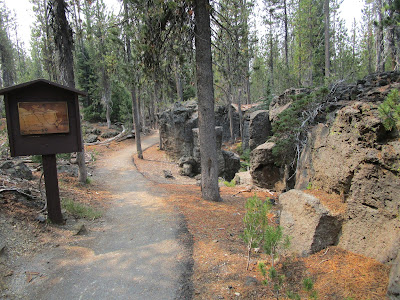 We all were a bit bummed that the wildfire smoke obscured views of the nearby mountains.  The lake was still pretty: 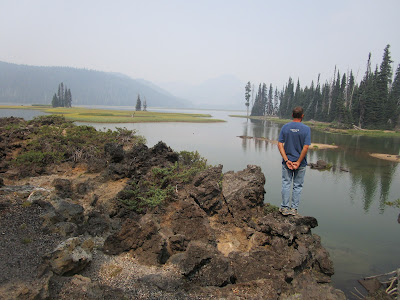 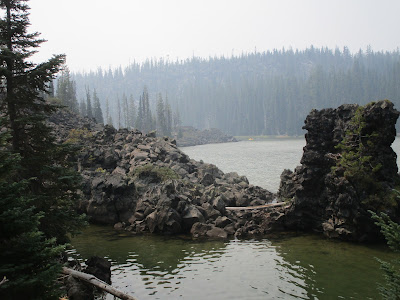 We are always fascinated with lava rocks - this was a good trail to see a bunch of those. 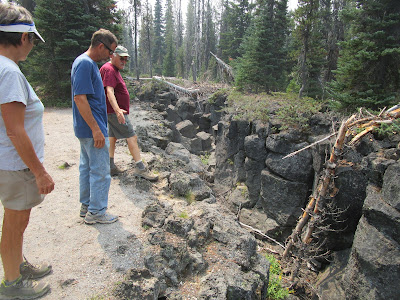 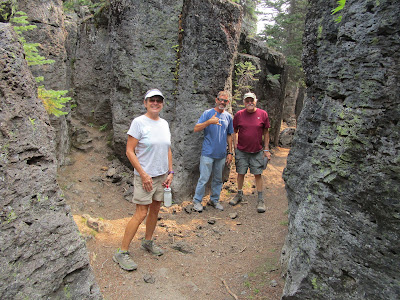 Views of the larger lava flow: 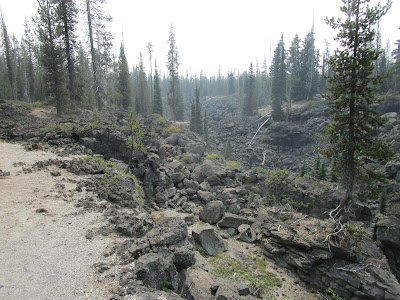 Memories of climbing over deadfall during Cowboy Tough... 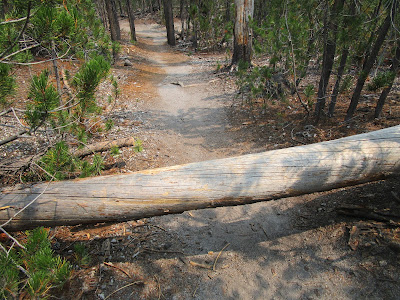 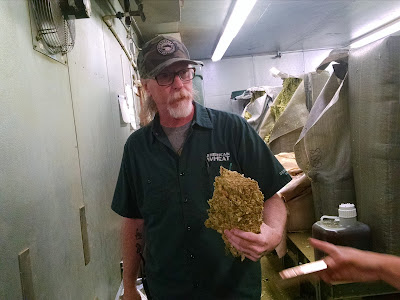 Giant beer-making vats (yes, I've been taught the details of brewing beer several times, no, it hasn't stuck yet; I'm always more interested in getting to the tasting part.  Maybe I need another brewery tour or 3 so I can maybe eventually remember how it's made?  Dammit Jim, I'm an electrical engineer, not a chemistry major): 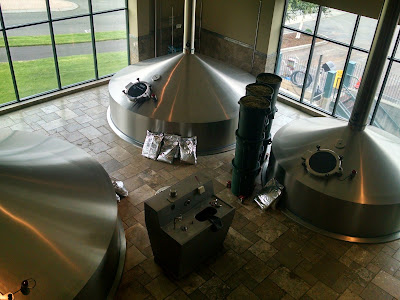 The mesmerizing part - the bottling plant with fast-moving whirling circles and lots of clinking noise: 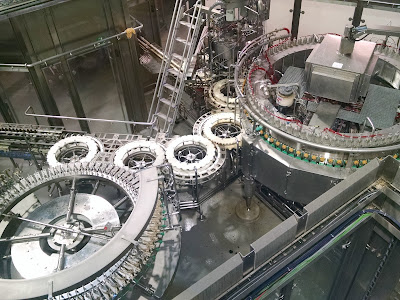 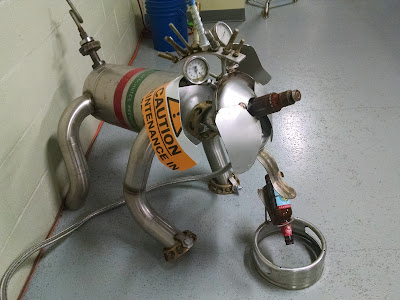 Diana and Robert's running and beer-drinking friends - fun group!  Thanks for letting us tag along! 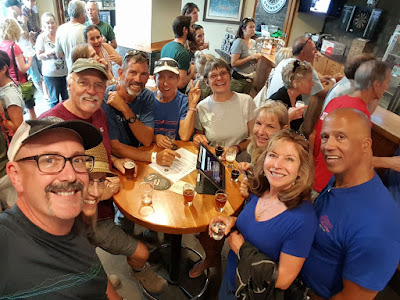 Diana went for a run the next morning, and the rest of us went along to walk on the trail.  I was getting close to being ready to run again (after a few days of expedition race recovery) but not keen on breathing too hard in the smoky air.  Happy to go explore the Deschutes River some more! 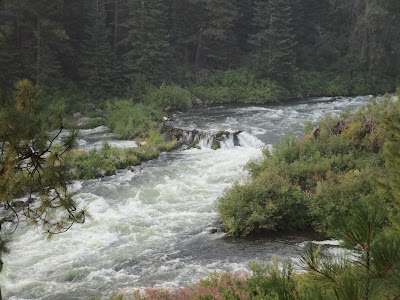 We like this trail along the river a lot: 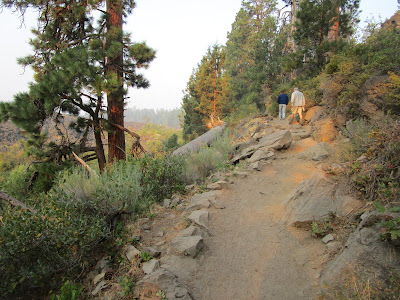 More lava flow, cool!  We learned later that it came from the Newberry Volcano, and that it had actually changed the flow of the river. 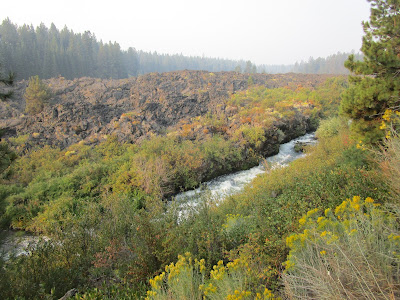 John checking the safety of a river crossing Robert had been contemplating - yep, seems safe! 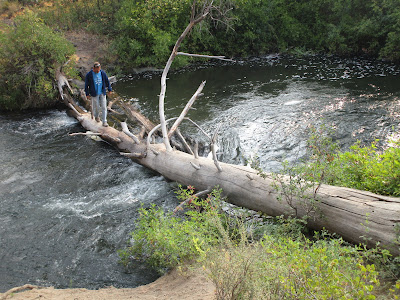 Reminded me of a pond with cattails from my childhood: 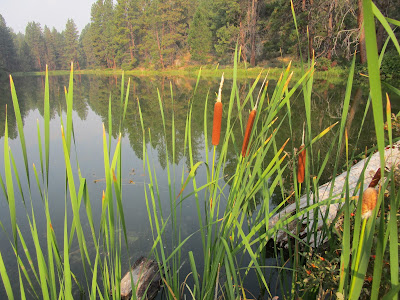 We spotted eclipse glasses on this guy and tried to get a picture while Robert drove around the roundabout - after several circles and photo attempts, here's the best one: 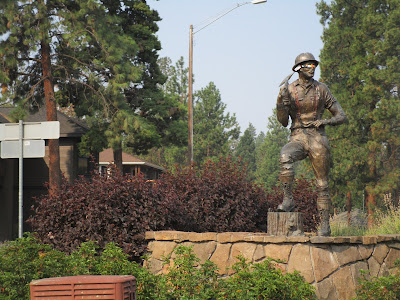 On top of all the sightseeing, Diana and Robert brought us to several of their favorite eating places, and let me tell you, Bend knows how to cook!  We'll be back for more running, hiking, and restaurant sampling.  Thank you so much, friends!