One more day in San Fran!  Gotta get these in while we can before we drive out next month.  It takes a bit of effort to get to the city and back, but when we occasionally do it, it's always worthwhile.

We started the morning in the Mission District, intending just a quick walk-through to see some murals and follow a previous Terraloco race map to several locations.  The size of the crowd getting off BART with us was a surprise.  Streets were blocked off for a parade - cool!  Something unexpected.

While waiting for the parade to start, we wandered a couple alleys and admired the art: 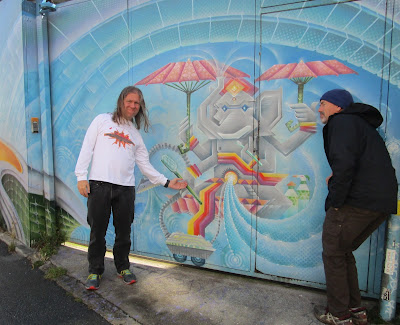 We enjoyed checking it out at a more leisurely pace instead of dashing around for a race like we normally do. 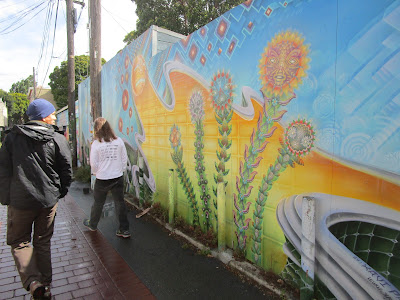 The start of the parade with a bunch of interesting cars - oh, it's CARnival, I see. 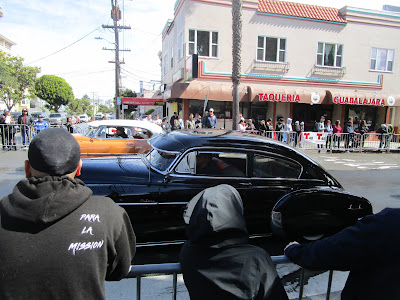 Then a cable car all decked out with SF Giants markings, and if they had been tossing Red Sox shirts and hats instead, I would have followed it back up the street until I got something. 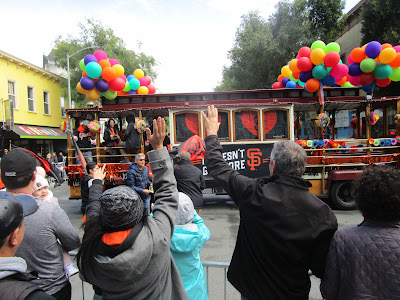 OK, so maybe not just "cars" in Carnival, as we were next treated to some excellent rhythmic music and dancing: 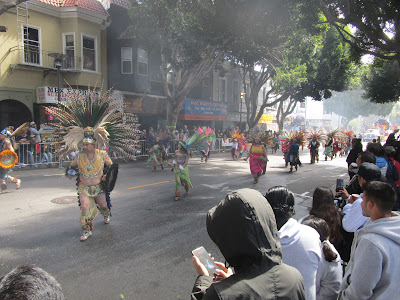 A short detour to another couple mural alleys (and a break from the volume of the parade) (and a stop for Philz coffee!): 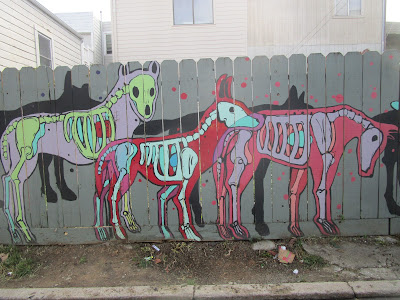 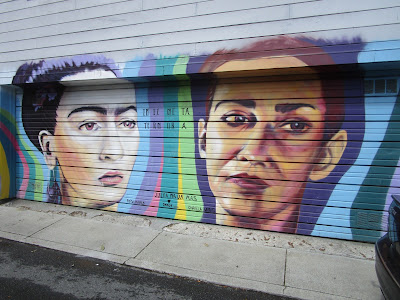 Some of these can make you think... 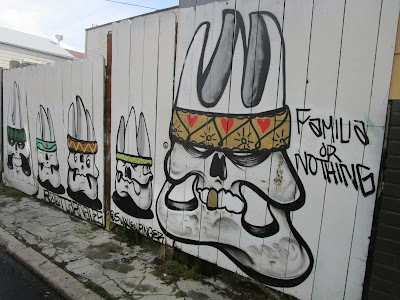 Kip says this is his kind of mural: 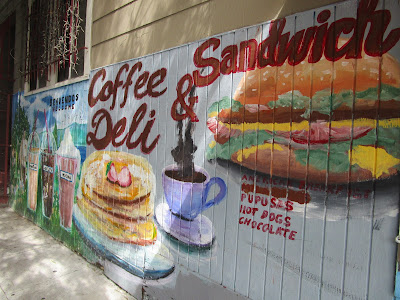 A lovely day for mural gazing: 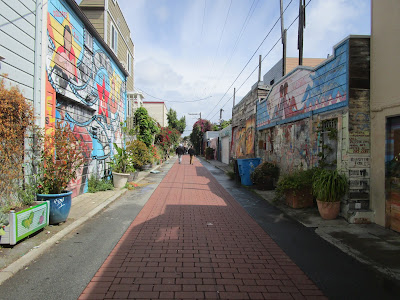 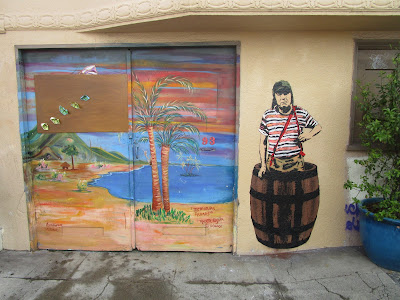 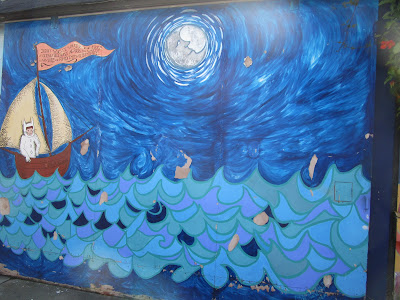 Back to the parade, now featuring a dragon: 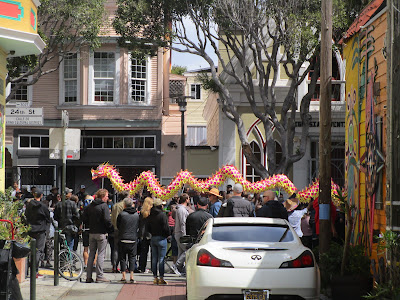 OK, this was funny - the recycling crew (yes, part of the parade) was revved up, smiling and running around with their carts and drawing all kinds of cheers.  Something different! 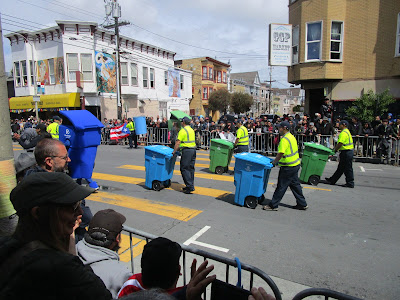 We'd walked to the end of the posted parade route and found the "staging area" which extended to the south, so we went to check out the roller skating gang: 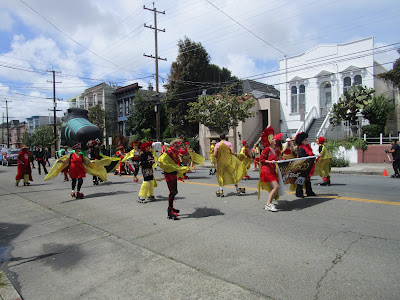 But we really needed to go north so we proceeded in that direction next, finding more groups in another staging area.  It seemed like several of them were already in full swing: 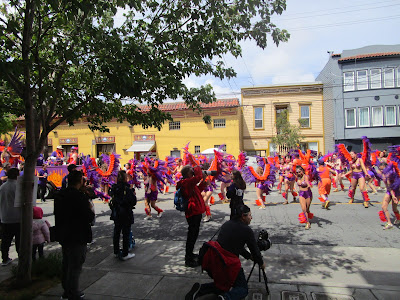 This "staging area" went on... 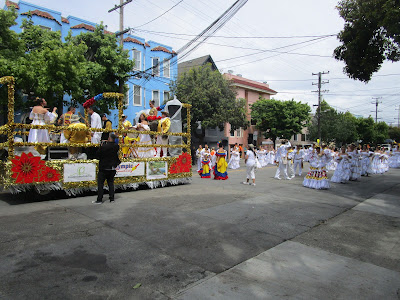 And on... (with performers getting pictures taken on the sidelines, and some of these ladies were hanging out in a laundromat for some reason): 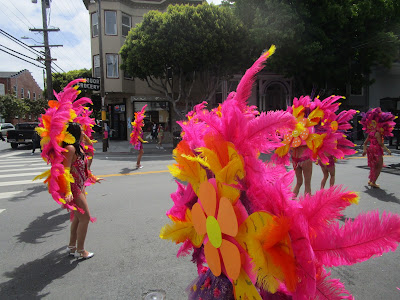 Still more!  We have no idea how much further this went on because eventually we decided to break off in search of the next BART station (with a brief detour to Dandelion Chocolate).  Quite an amazing Carnival experience, especially not even knowing it was going on before we got there! 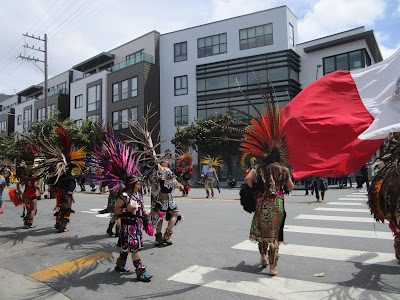 We hopped over to Little Italy for an excellent lunch at Mona Lisa (highly recommend!) and then a walk through Chinatown where we discovered an urban race checkpoint: 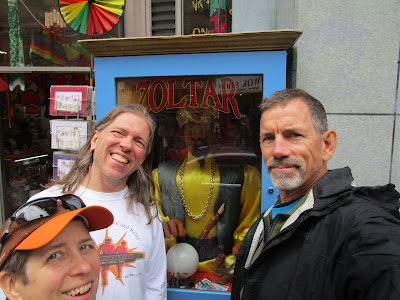 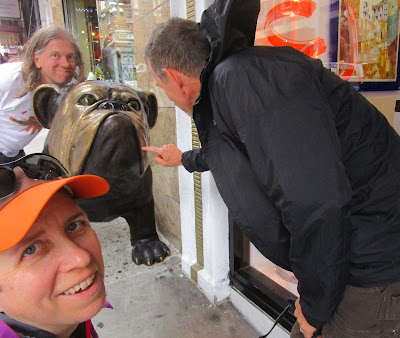 The actual target for the day (after all that) was the Coin-Op arcade which has free play Sundays at the end of each month.  Lots of fun trying various pinball games (Star Trek!), basketball, and video games (Rampage!!).

Fun day, and it didn't even rain on us!