We spent 3 sight-filled days driving around the northeast corner of Arizona, exploring National Monuments and Parks and visiting Navajo Nation. Our road map of that area looks mostly blank, and some of it is indeed lonely prairie land, but for the most part we were treated to amazing, ever-changing scenery and wonderful places to learn about Native American history. I took so many photos that I need to break this part of our report into several pieces.

We set out heading north from Flagstaff, stopping first at Sunset Crater Volcano National Monument. The volcano erupted around 1100 AD, but this area is so dry that much of it looks as recent as parts of Hawaii's Big Island. John was happy to hang out on a lava field again for a few minutes: 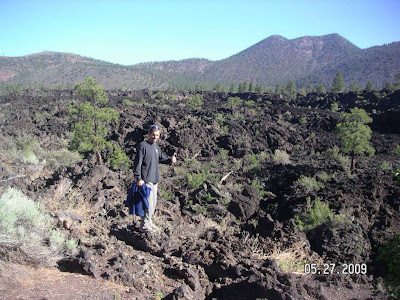 One of the cooler visitor center interactive displays we have come across - create your own earthquake! 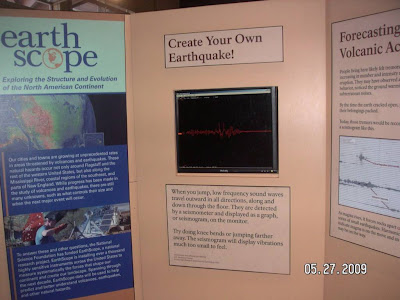 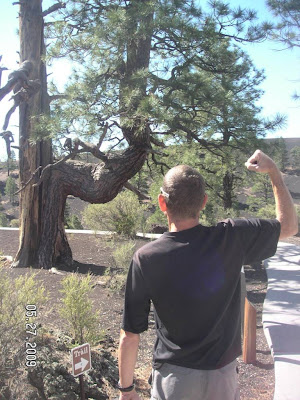 A lava field with the San Francisco peaks in the background: 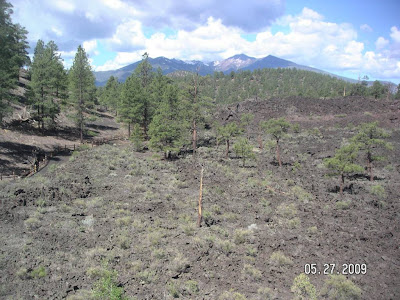 Sunset Crater (so-named because of its colors): 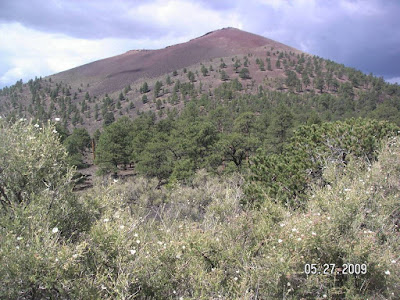 A loop road led us to another nearby National Monument called Wupatki. Here lie numerous ancient pueblos - and yes, the owners lived here around the time of the volcanic eruption. One wonders what they thought about that! A story passed down through generations of one tribe basically described it as "the gods are telling you to get your act together ASAP."

The Wukoki Pueblo was built on a giant rock - it must have been an imposing structure: 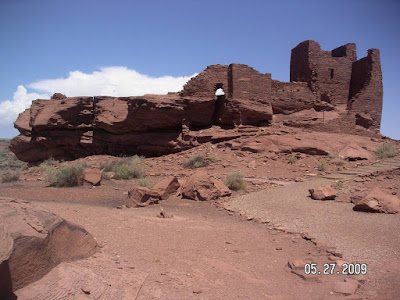 Wupatki Pueblo is an extensive set of rooms, partially restored but still in great shape for being out in the open and exposed to the elements (as opposed to protected cliff dwellings): 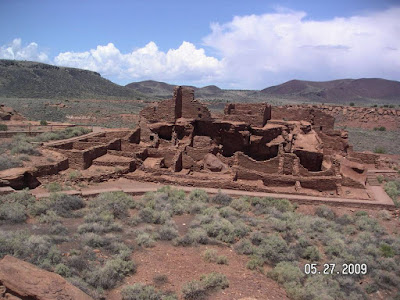 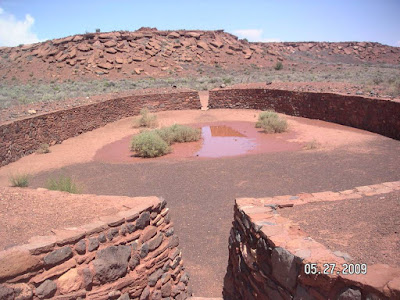 Overall an interesting combination of nature-made and man-made features.