I'm not sure where I first heard about the Keet Seel cliff dwellings and guided tour, but the more I read about it, the more I knew we had to go. It requires an 8.5 mile hike (and another 8.5 miles back), plus reservations made in advance. We decided to day-hike it instead of camping there overnight - no need to make things more complicated when we could get a good training day in instead.

After our Wednesday afternoon Keet Seel orientation and permit issuance, we walked a short path to an overlook where we could view the other cliff dwelling ruins in Navajo National Monument, called Betatakin (binoculars highly recommended): 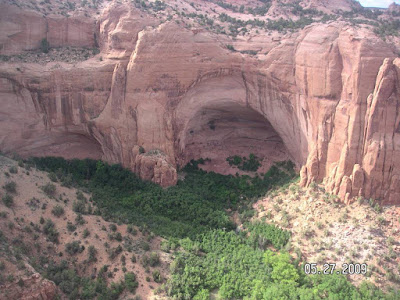 After staying overnight in the free (!) campground, we set out down the trail at 6:30 am. It was a fun run down 1000 feet to the creek, then a good fast hike with multiple (like, many many) creek crossings. Good for feet conditioning. We arrived 2 hours and 20 minutes later, somewhat to the surprise of the ranger living there who isn't used to people arriving before 9 a.m. Soon another day hiker showed up as well, and the ranger started our guided tour.

I'm not sure I can describe just how awesome the tour was. Our guide's grandfather had worked as an archeologist at Keet Seel during its restoration, so it was very personal to him and that really showed in his enthusiasm and detailed explanations. Plus the feeling of the whole area is very special - quiet, peaceful, sacred. We are lucky to have had this experience. 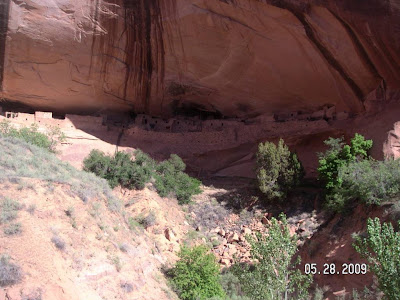 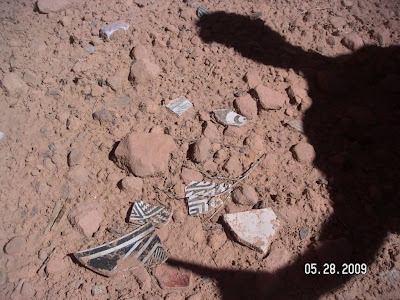 The ladder we used to climb up to the ruins: 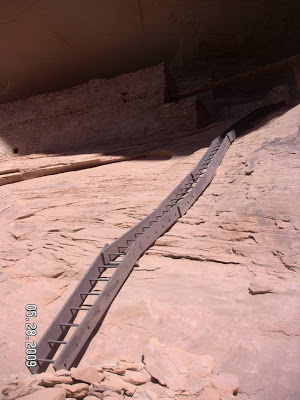 John walked upright up and down the ladder without using his hands (because he's a sherpa/mountain goat), which caused our guide to remark that he didn't know of anyone else doing that - besides he himself (because he used to be a chimney sweep)! Some of the living rooms and kivas, along with many of the original tree poles - from 800 years ago: 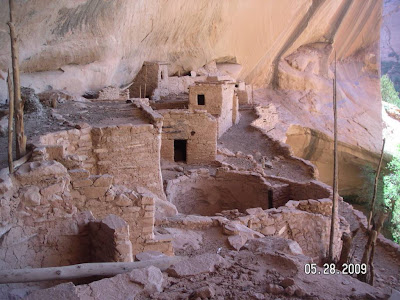 View of the valley from inside Keet Seel: 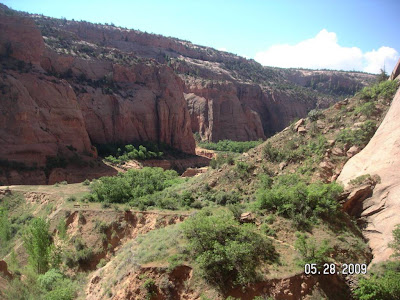 We enjoyed the tour so much, but eventually it was time to go and let another set of hikers have their turn. Back down the creek trail! It was warmer on the way back (as opposed to being downright chilly on the way out) but never too hot. It seems to rain around noon-2 pm every day in northern AZ these days, so we were motivated to get on back.

Some of the pretty views of the canyon: 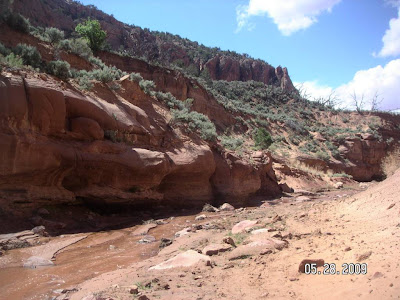 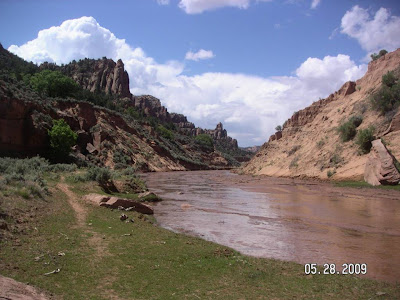 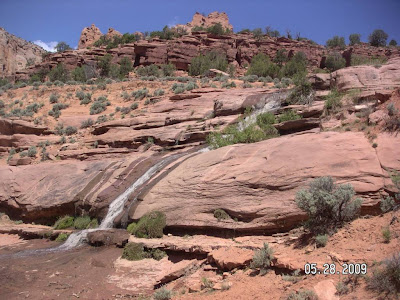 What a wonderful way to spend a morning! Time to change socks and move on...
Posted by Marcy at 5:17 PM