I'm a long ways from being caught up on blog posts (among other things), but I'll post some photos here and there and we'll see what happens this week while we're at an RV park with internet and electricity. We spent 10 days dry camping in somewhat remote areas, had great fun exploring parts of southern Utah and northern Arizona, and lived to tell about it :)

After John's solar class in Colorado, we returned to Utah and made tracks toward Lake Powell. On the way south we stopped at a spot along highway 95 to do some canyoneering. I'm pretty excited about the Utah canyoneering book I bought - we never would have found many of the places that we've taken our ropes into. This particular spot has the charming name of "Death Canyon".

I don't seem all too concerned about that on the way in: 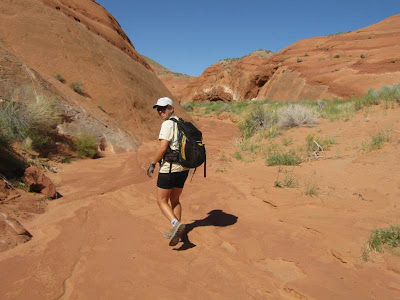 My colorful arm injury from Moab - it never hurt much nor affected me anywhere near like it looks like it should have: 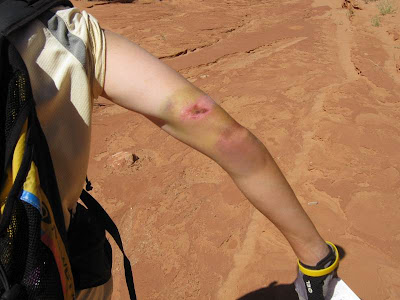 The bottom of the rappel, which turned out to be pretty wet. Enough wet to turn the sand into quicksand. We have since learned that it probably had a finite depth that might go up to one's waist but we probably wouldn't get TOO stuck. Ultimately, however, I declined to test it out. We went up to the slot canyon to play around but didn't do this rappel: 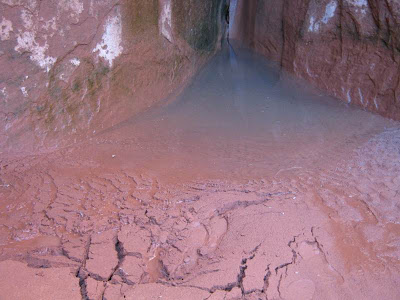 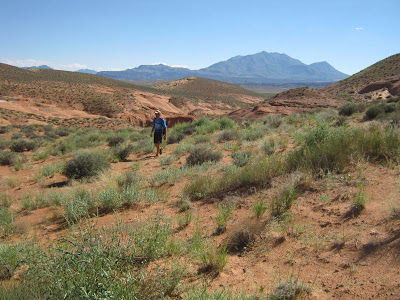 A short rappel that we did just for practice, looping the rope on a chokestone up top. "Look Ma, no ATC!": 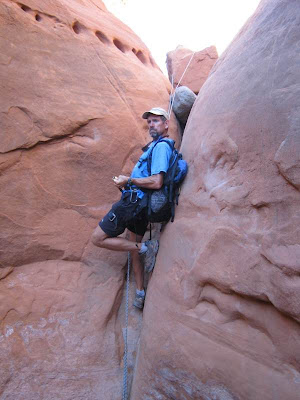 John demonstrating the art of "stemming", or using both sides of the canyon to move along without touching the ground (very useful for getting over obstacles): 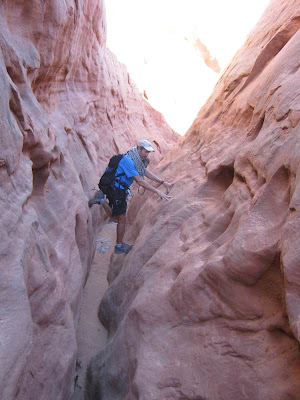 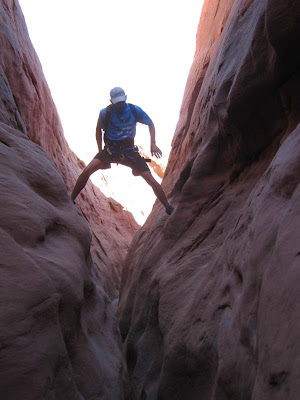 I was a bit shaky (and still am, if there is anything below me that I really don't want to fall into): 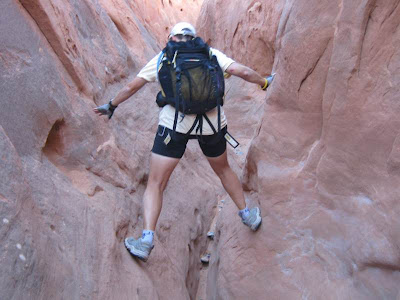 But some spots were easy: 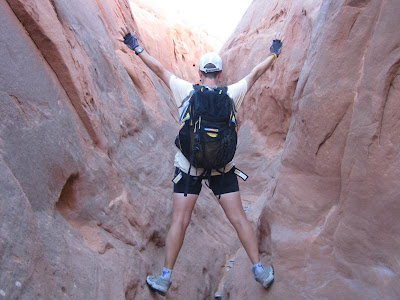 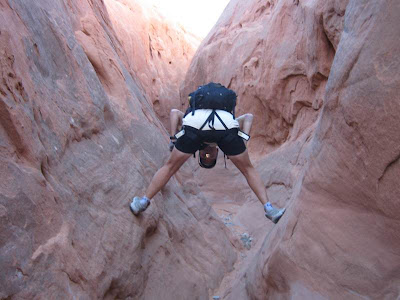 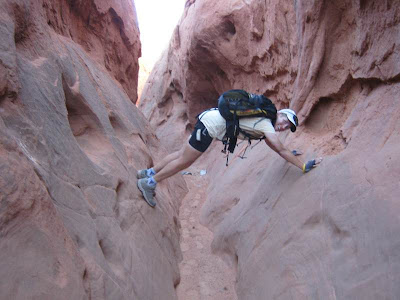 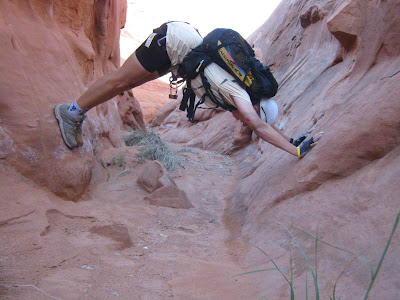 Overlooking the northern end of Lake Powell and the first bridge over the Colorado River since Moab many miles to the north: 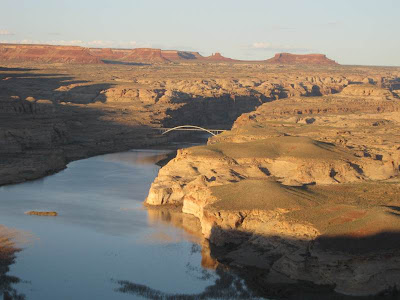 Parked on sandstone at the Hite Campground - a wonderful place for primitive camping: 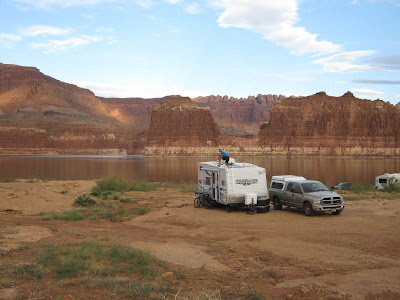 The view out the back of Howie: 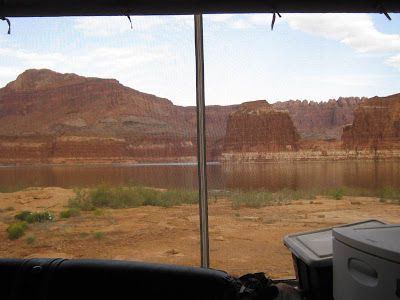