A Tail of Two Cats in the City

We got super lucky recently with an invitation to stay at a friend's place in the Bronx and cat-sit for her during her holiday vacation.  It coincided with a weekend that we were already coming down for a holiday party with Ron (thanks Ron!), plus Christmas weekend when we didn't have solid plans yet.  So I get 2 weekends in the big city and John gets that, plus the weekdays in between.  Score!

Our first night downtown - 'tis the season to brave the crowds and see the amazing lights and skating rink at Rockefeller Center: 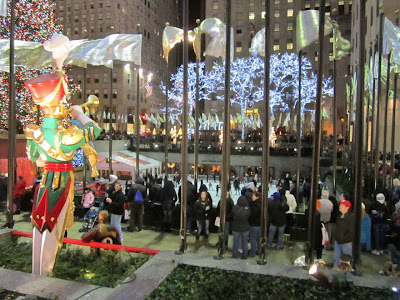 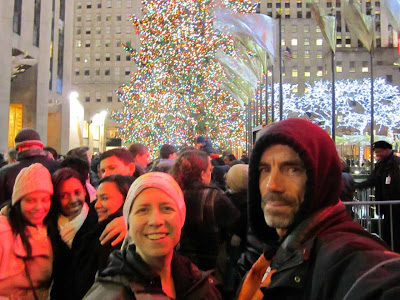 The Music Hall nearby: 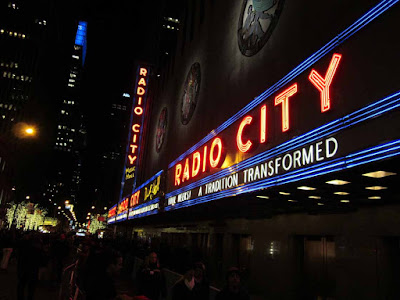 The Bronx cats are Leo the kitten (a.k.a. "Monster") and Lulu the cat (a.k.a. "Sweetheart but pretty boring compared to the little rug rat").

I tried a photo shoot with Leo, but it was really difficult to capture him in one place, even at a higher shutter speed... he's just so curious!  And funny! 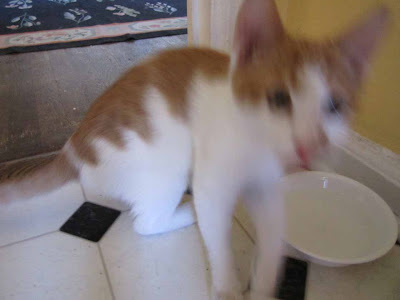 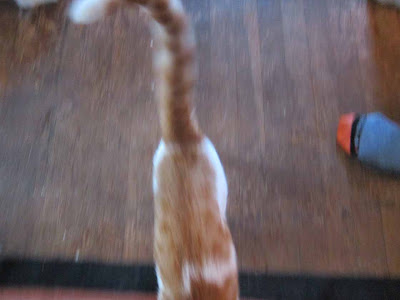 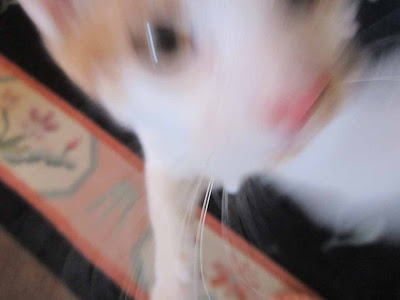 This worked for a few seconds: 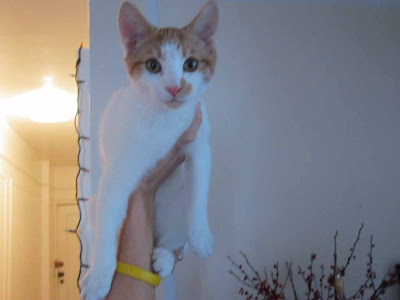 Lulu was much easier: 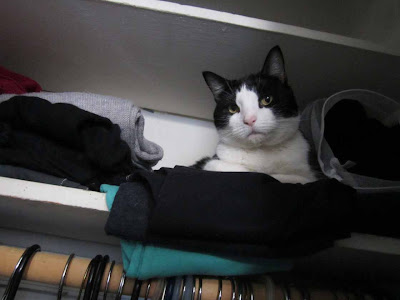 Leo even came after the camera itself: 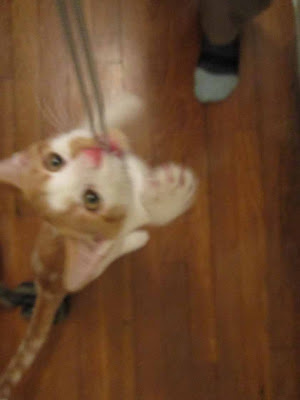 Play toys helped - it only took about 10 shots to get this: 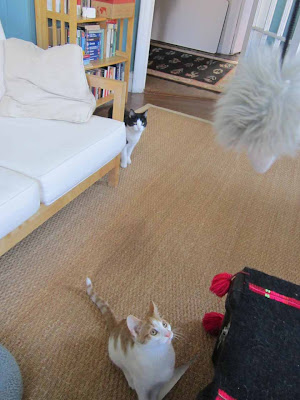 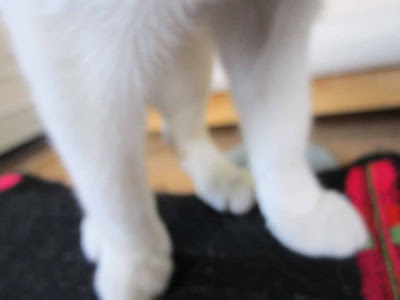 OK, back to the city - Rockefeller Center rink in the daylight: 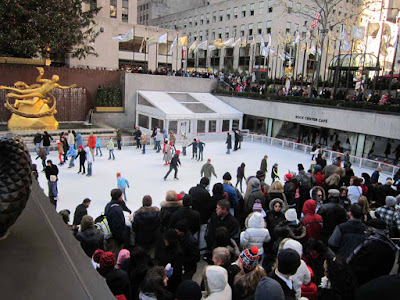 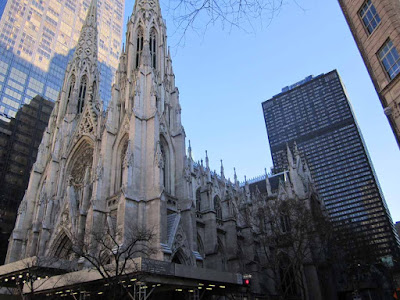 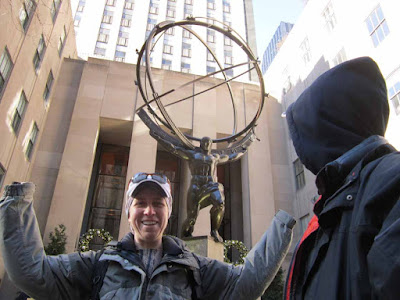 Could the Cash Cab be going past us right now??  We should keep an eye out... 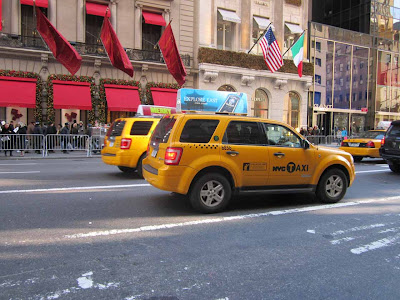 Buildings are wrapped and ready for the holidays: 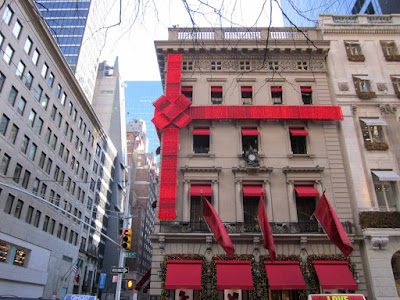 We spent the afternoon wandering around the Museum of Modern Art - fabulous! 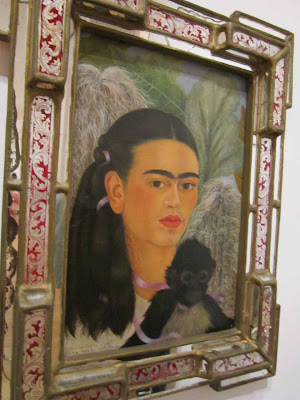 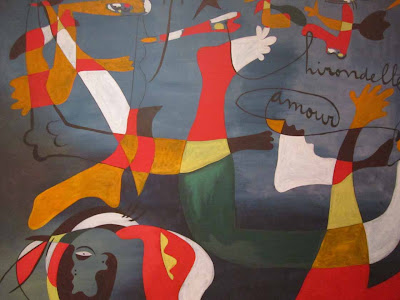 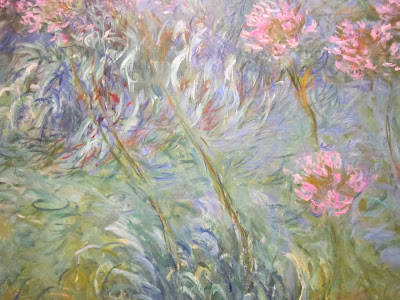 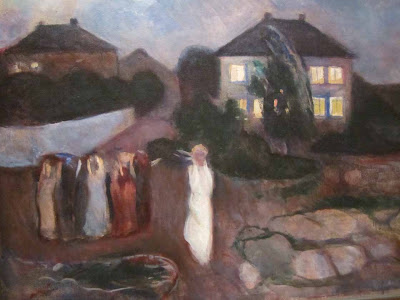 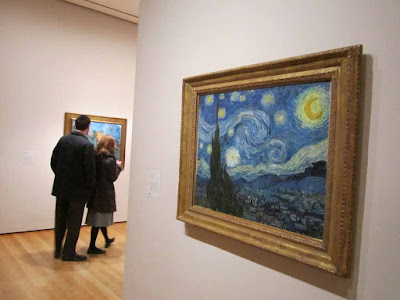 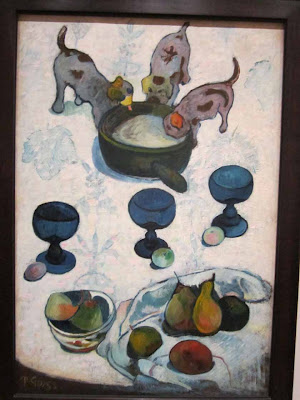 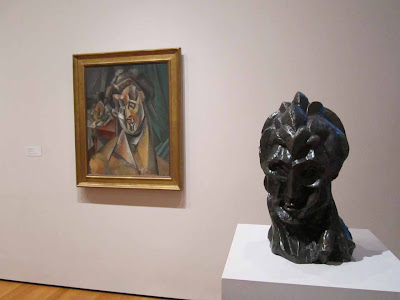 A Christo piece - much smaller than others we have heard about: 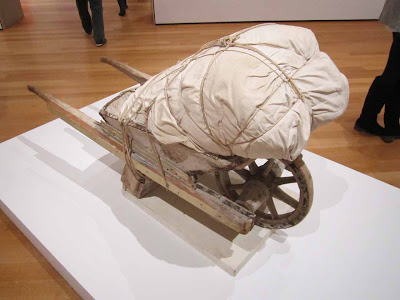 Claes Oldenburg - the first sculpture of his I've seen that seems to have melted: 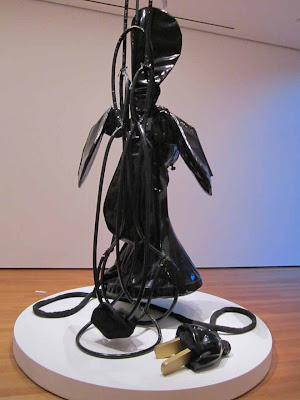 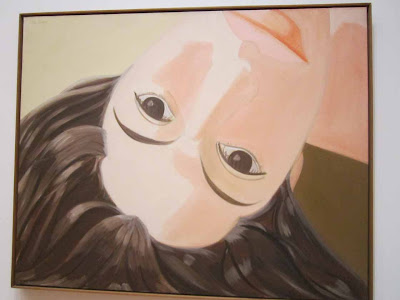 I looked at this and thought "huh, looks like moules-frites from France" (mussels and french fries) - and sure enough, that's what these are: 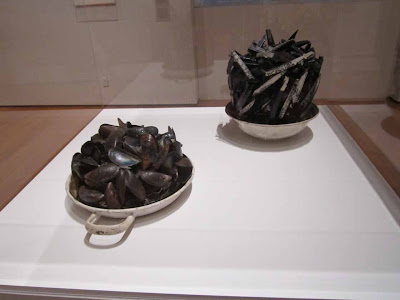 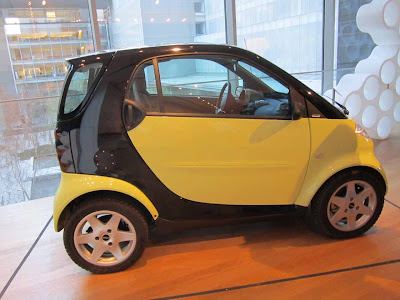 After a week of work, I'm back in the Bronx and ready for more sightseeing and walking and running around town.

So much fun! xx