Sunday morning we got on the move to explore more of the city on foot.  I don't think I could run out of places to run to if we lived in NYC - always something interesting, close and far.

We were jogging through Central Park as a warm-up when we noticed a sign for "Mile 4" and a couple cops watching the road crossings.  Looks a lot like a race - it turned out to be a huge half marathon with thousands of runners that started with a loop through the park and finished down on the south end of Manhattan.  Cool!

I happened to catch (as in "see") the leaders around mile 2: 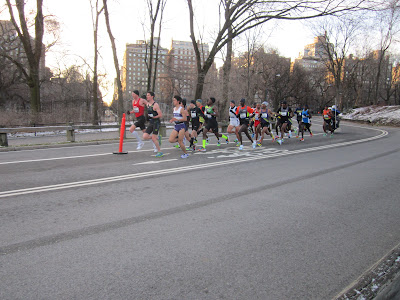 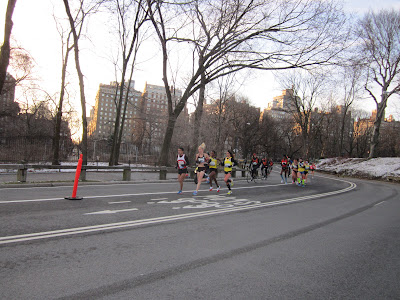 The reservoir in the early morning light: 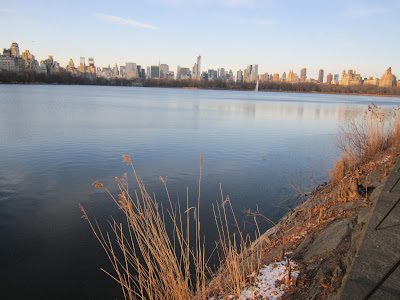 More runners coming toward me as I ran south: 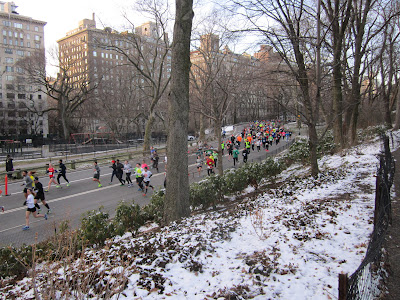 I found the statue of Fred Lebow!  With the Guggenheim in the background: 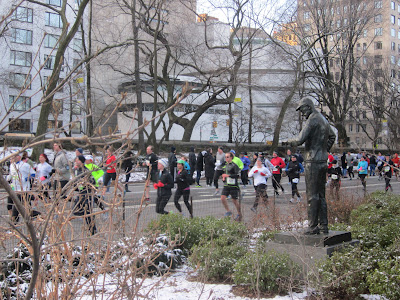 And the reservoir again: 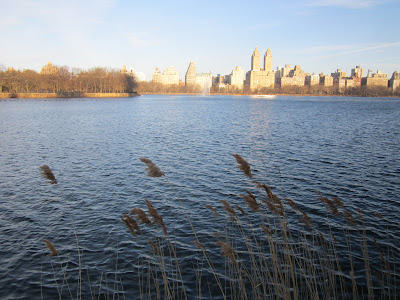 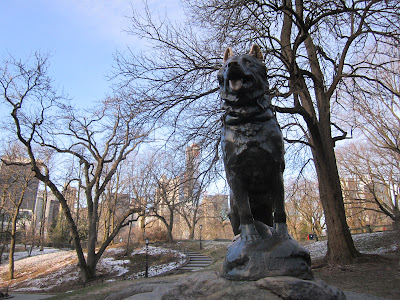 Our goal for the morning was to run around Roosevelt Island.  To get there we took the aerial tram, a really nice part of the public transportation system: 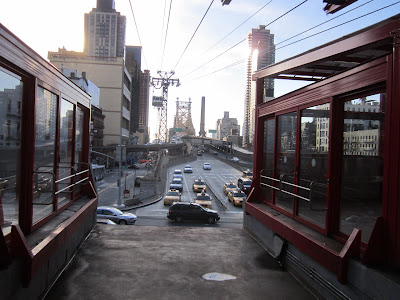 View from the tram to the south: 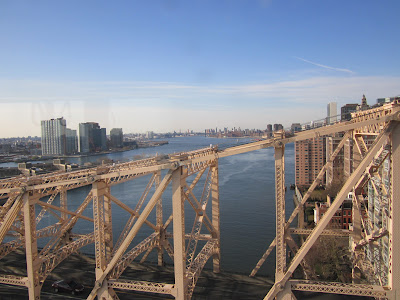 And to the north looking back at Manhattan: 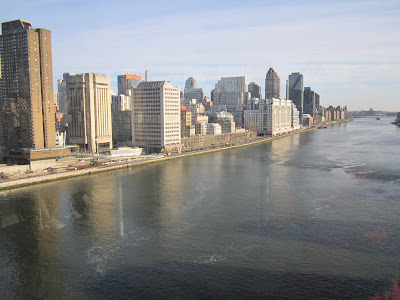 On the ground now, looking over at the U.N. and Empire State Building: 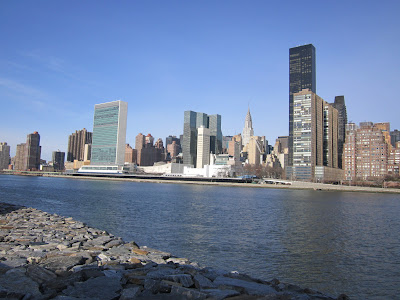 The memorial for FDR on the south end of the island: 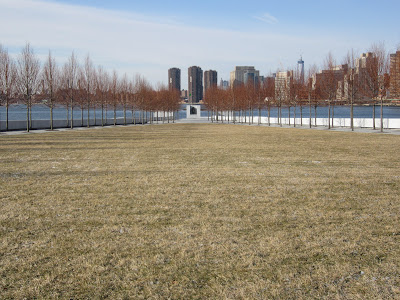 The big head of Franklin: 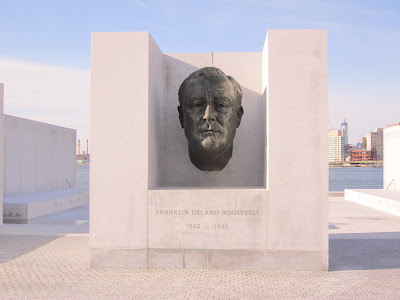 Looking off the southern tip of the island: 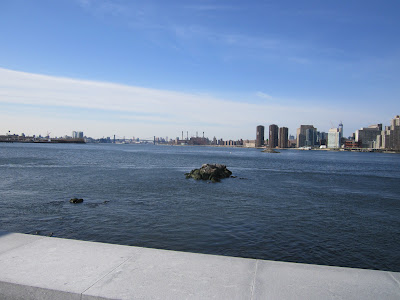 Back north toward the Queensboro Bridge: 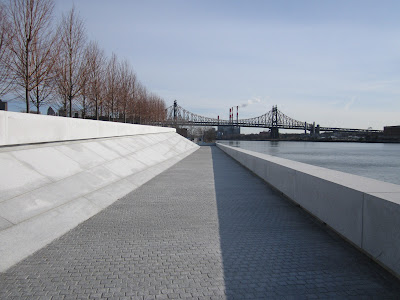 The lighthouse on the north end, near a pilot project that uses tides and underwater turbines to generate energy (the river switches direction with the tides each day): 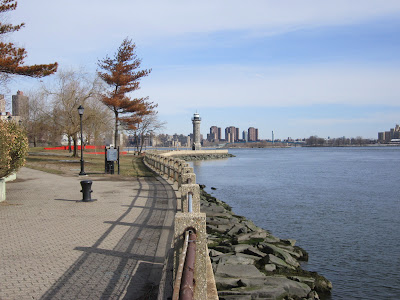 A boat in the East River: 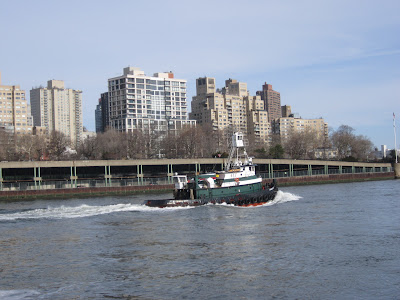 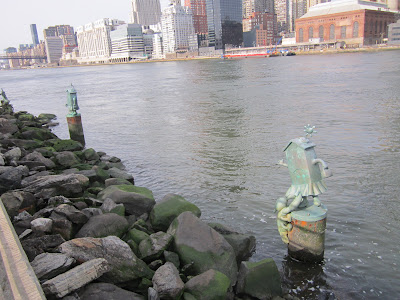 John led me to a place that Jason had introduced him to - Ess-a-Bagel.  Yum! 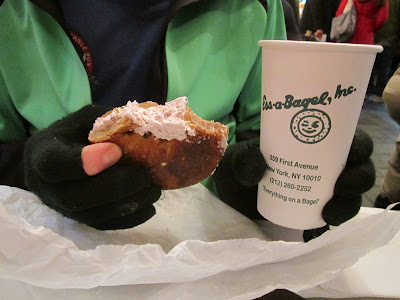 We ran around a bit more and ended up at the Metropolitan Museum: 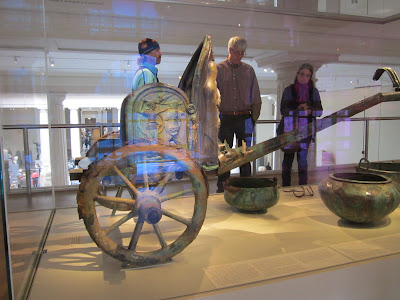 We spent a couple hours there before we realized just how BIG that place is.  We managed to find the section with Degas and Manet paintings, at least.

Eventually we ran out of time, but then the challenge was finding our way back out.  Along the way we saw some modern art, including this funny one: 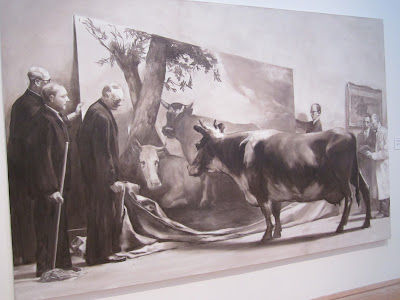 And a great little cat sculpture by Giacometti: 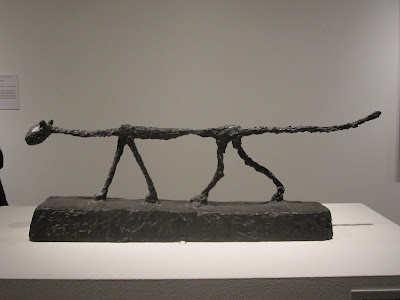 So much to see, such fun in the city!