Time for a guest post!  Last summer John and I were honored to crew for a couple of our friends at the Death Race in Vermont.  Steve Daniel and John Murphy are now preparing for another big adventure, and it sounds like another amazing experience! 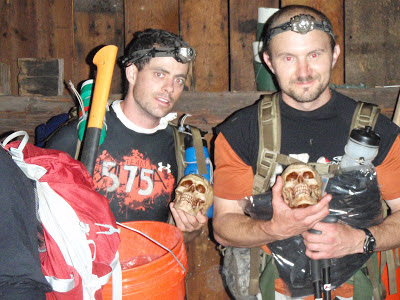 24 - 40 hours in the New Mexico desert. 45+ pound pack. Rattlesnakes. Dehydration. Getting hooded and handcuffed to a tree.  Does that sound like fun to you?  Well it does to me and my teammate, John Murphy.  We'll be competing in the 24 hour Sniper Adventure Challenge over the July 4th weekend, and those things plus other unknown challenges await us.

John has been doing triathlons, bike racing, adventure races and canoe races at a competitive level since high school.  We met through adventure racing in 2003 when I moved to Denver from Austin, Texas.  I had been doing adventure races and canoe races for some time, and we quickly became friends.  Since that time we've done a number of longer adventure races, two bouts of the Texas Water Safari, a Goruck, and the Spartan Death Race together.  Two years ago, John got me interested in long range shooting competitions.  I've always enjoyed shooting rifles, so the thought of competitions centered around shooting sounded like fun.  Although the formats vary, most involve having to travel over various terrain to areas where you have a limited amount of time to locate, range, and engage metal targets.  At distances of 300 - 1000 yards, this can be relatively difficult for a novice like me. 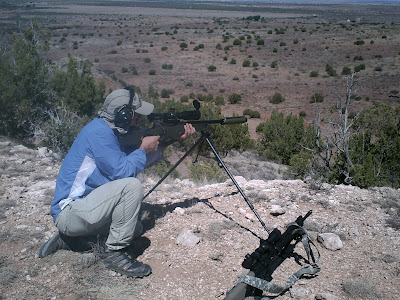 In 2011, John convinced me to enter the Competition Dynamics Team Challenge.  This was a three day stage race involving shooting at targets in various scenarios.  We had such a great time, that when CD announced it was going to run an adventure race in 2012 with shooting, it seemed like the perfect match for us.  The race was in northern Utah in late July.  I can honestly say that it was one of the harder races I've ever done, but it was also the most fun I've ever had at an adventure race.  Not only were there six different shooting stages for both pistol and rifle (one pistol stage at night), but there were special challenges we had to overcome to gain additional points. The hardest challenge was the first, where they had us carry a 100 pound duffle bag full of rocks 3-4 miles towards the first checkpoint.  Adding the 100 pounds to our already heavy packs was a real crusher for a lot of teams.   We had to solve a math problem involving two buckets of water.  We did a tyrolean traverse at night with our full 45-50 pound packs.  At a signal challenge we had to send a signal to someone a few miles away at the top of another hill.  Another challenge found us having to break a code they provided.  Our favorite challenge was the "escape and evade".  Both of us were hooded.  My hands were duct taped around a tree.  John was handcuffed, and our packs were chained up with a padlock.  We had 15 minutes to get out of our bindings and pick the lock to the packs.  Although we quickly got out of our binds, we couldn't pick the lock.  Add to all those challenges about 40 miles of hiking some of the steepest terrain you can imagine while trying to locate various checkpoints.  It was a tough race.  At the end of the 24 hours, John and I ended up 2nd overall - missing first place by only 18 points out of over 2460 points that the first place team received.

Our goal this year is to improve on our performance from last year.  We would like to shoot better as we were in the bottom half of last year's competitors.  I made a few navigation errors last year as well, so hopefully we can have a cleaner race from that perspective.  We don't hold any illusions that we'll win this year.  Most of the teams that are competing are current or former military - Rangers, Delta Force, Marine Recon, etc.  Those guys are tough, they can shoot very well, and they have a lot of real world practice navigating.  In order to improve on our chances, we've been practicing our shooting more than last year.  John has done several practical shooting matches as well.  I've worked more on my navigation skills through doing as many orienteering meets as possible.  We've been doing quite a bit of rucking with heavy packs as well.

Many people will think we're crazy for doing an event like this.  For some reason, most people tend to think that anything more than a two hour bike ride, a half marathon, or a ten mile hike is extreme.   John and I are part of a very small group of folks who enjoy the physical, mental, and emotional challenges that come with pushing yourself beyond what is considered normal or "acceptable" by the general population.   By pushing ourselves beyond what our bodies and minds tell us we can do, we learn a bit more about ourselves and what we're capable of.  In just a few days I have a feeling we're going to be doing a whole lot of learning about ourselves...