One last day of parades (for us, for now) - it was a big one.  Nicole and Jeff were both riding, so we decided to walk up both parade routes and try to find them.

We parked at City Park and took a bus into town.  It was neat watching from the bus and seeing people getting set up for the big parade along Canal Street: 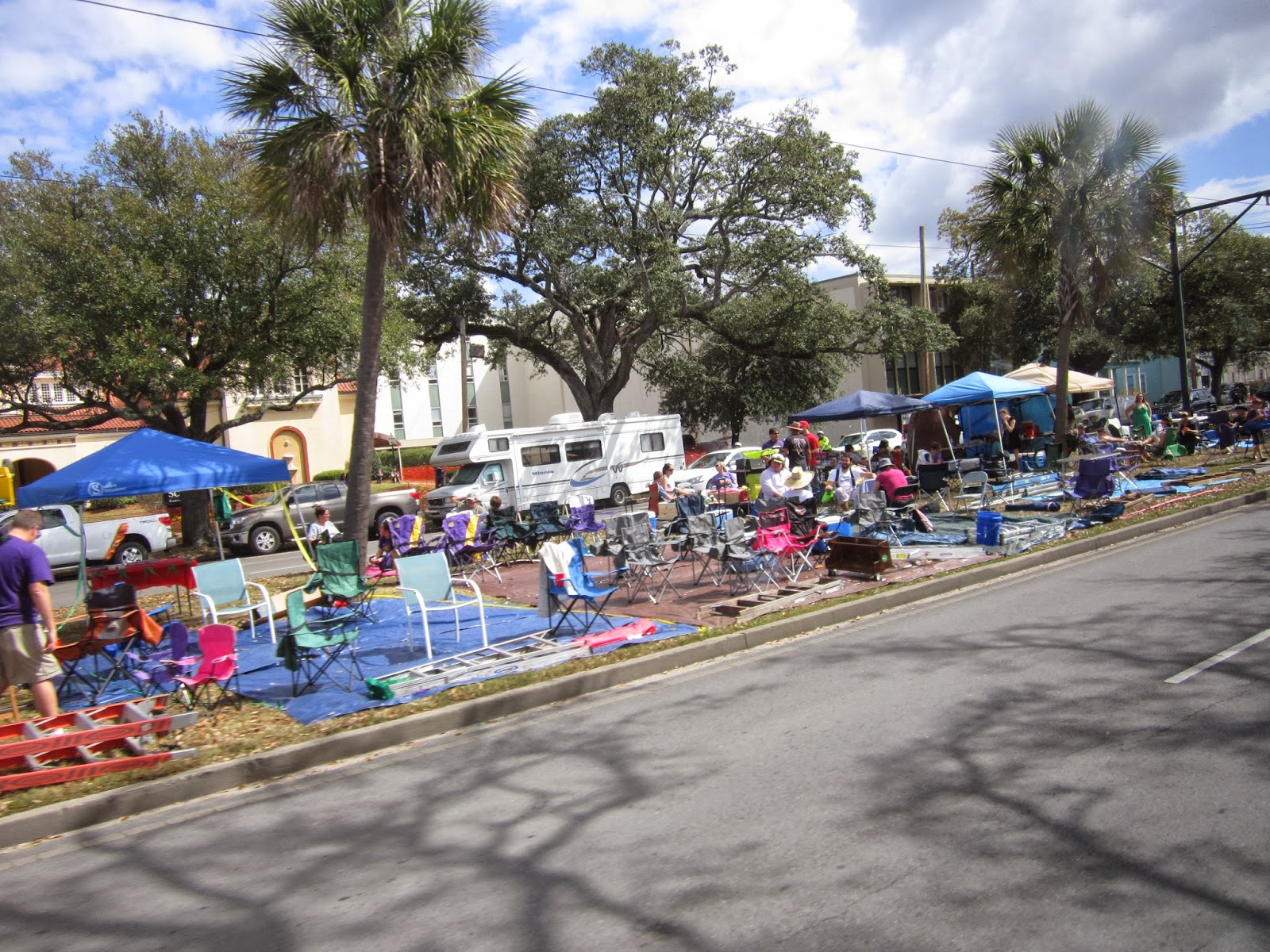 Under the viewing stands on St Charles: 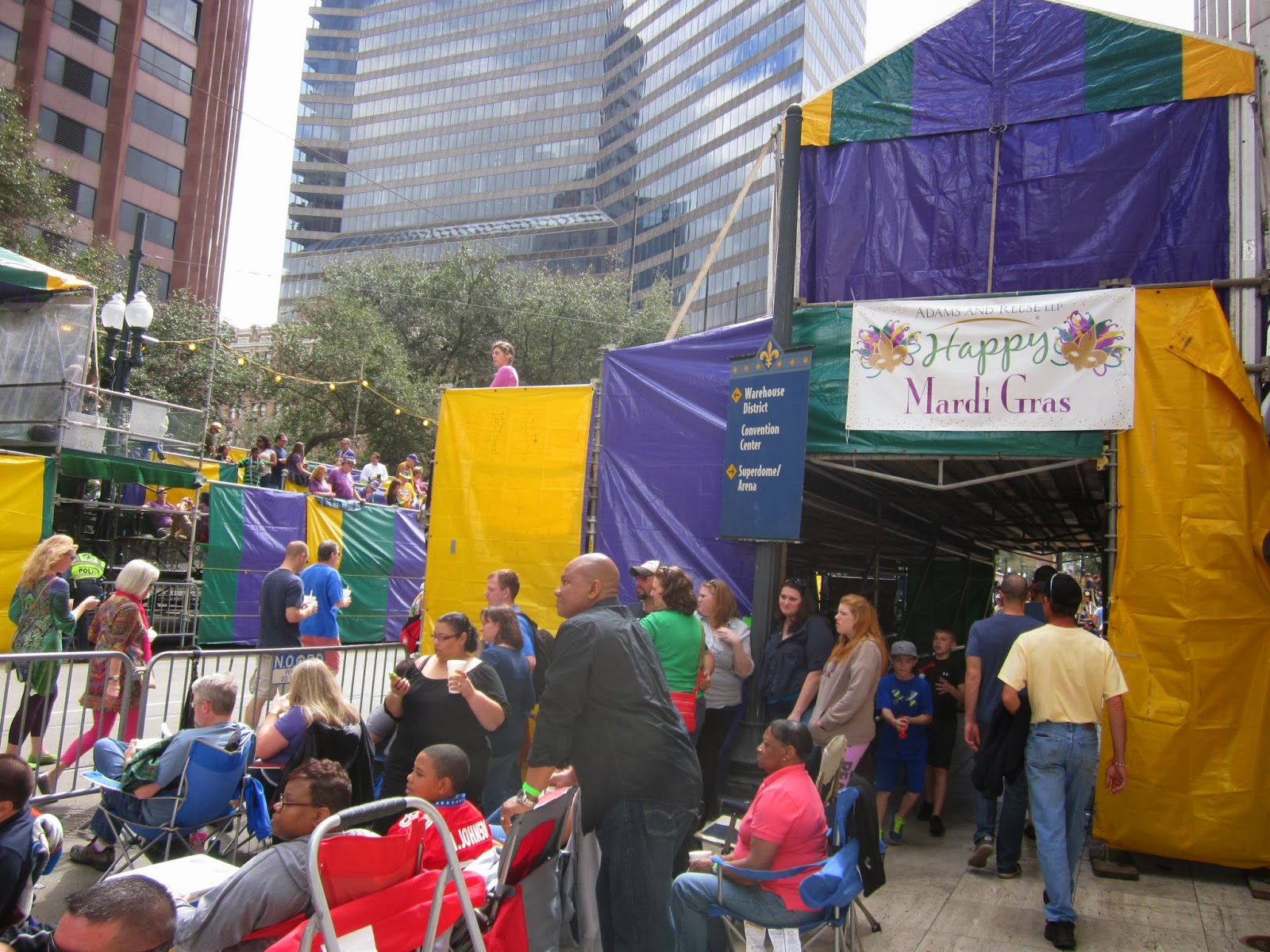 This tree gets a lot of bead action: 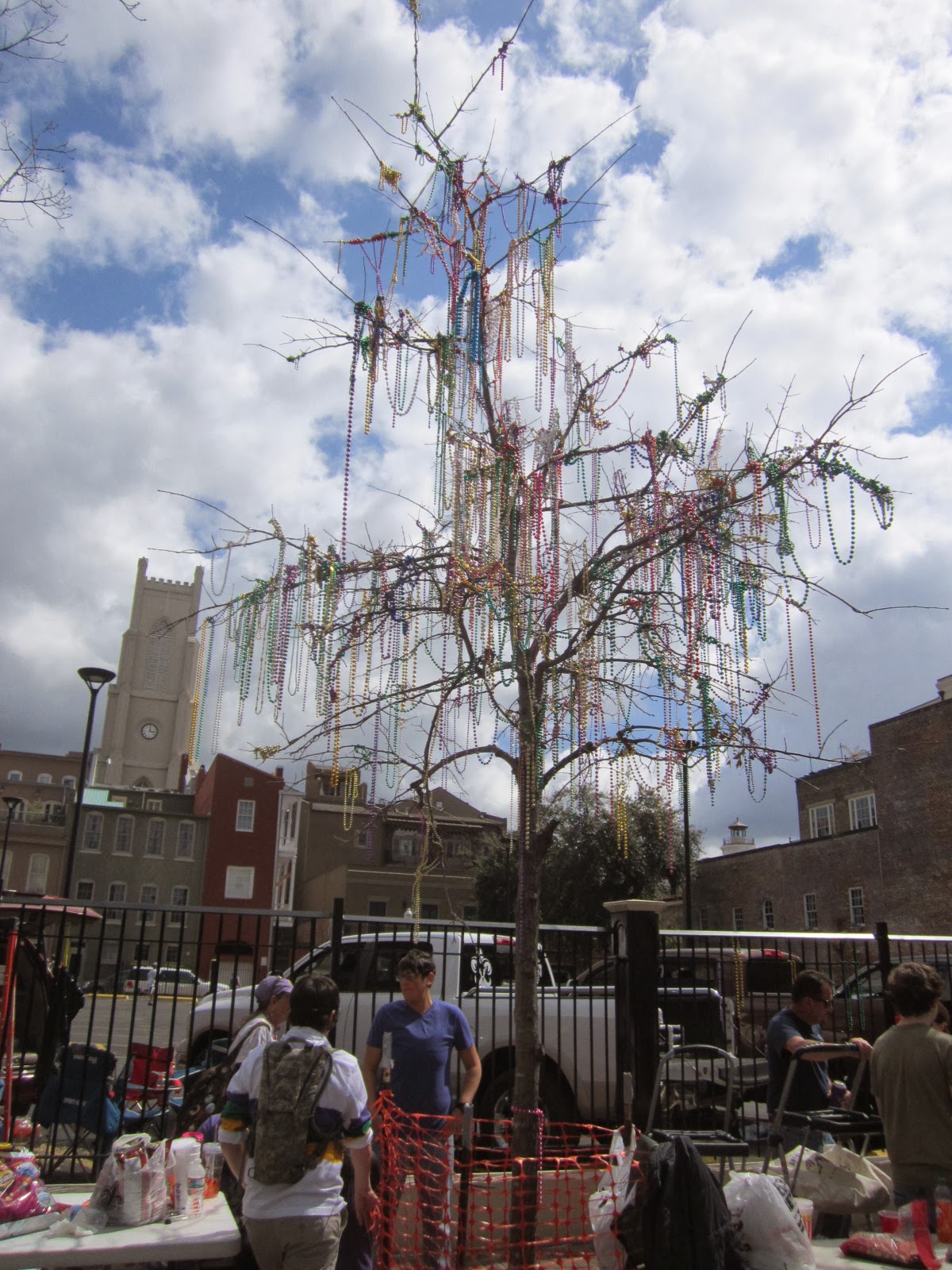 Ladders that people use to get better views of the floats: 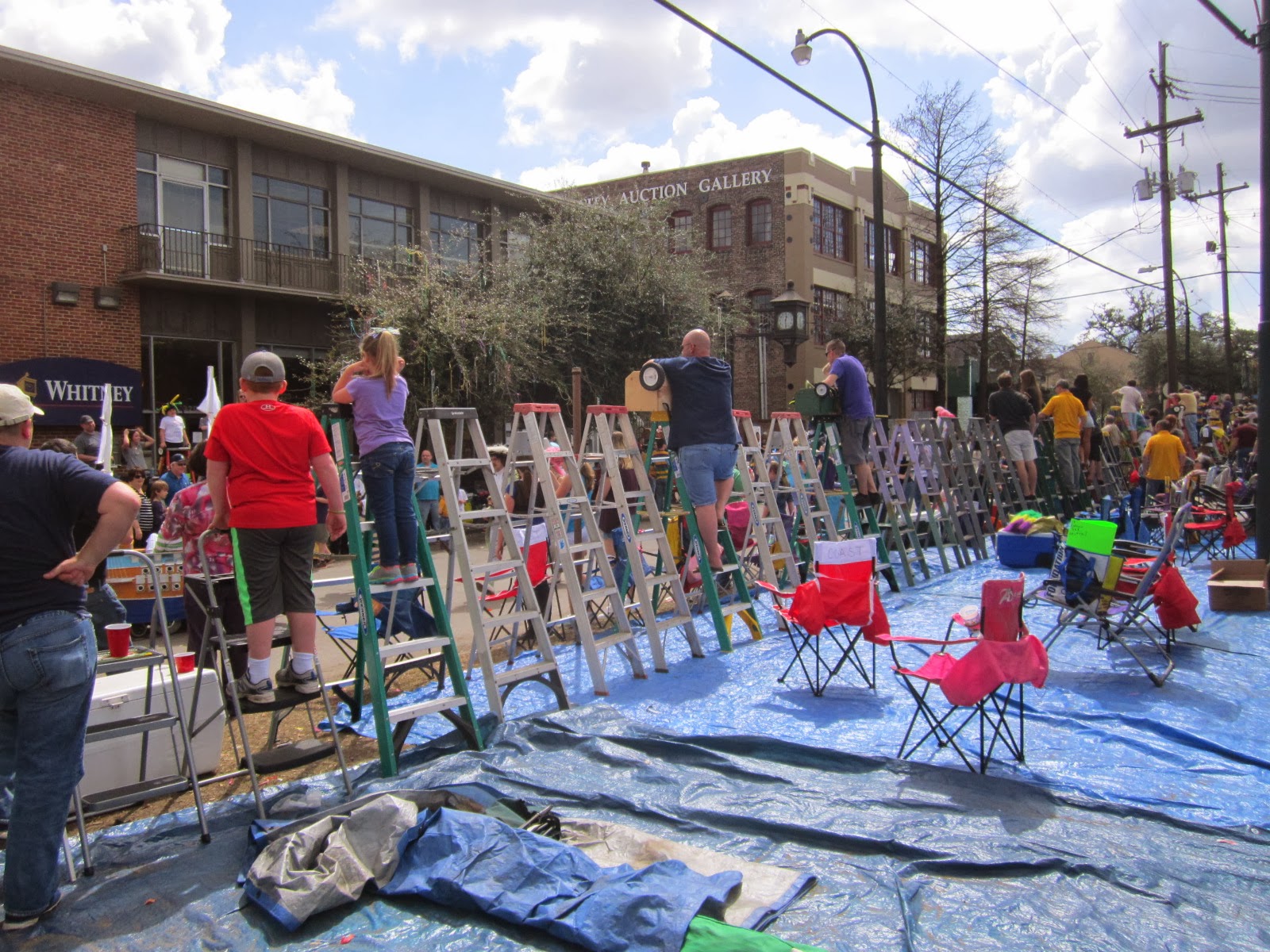 The start of the Iris parade: 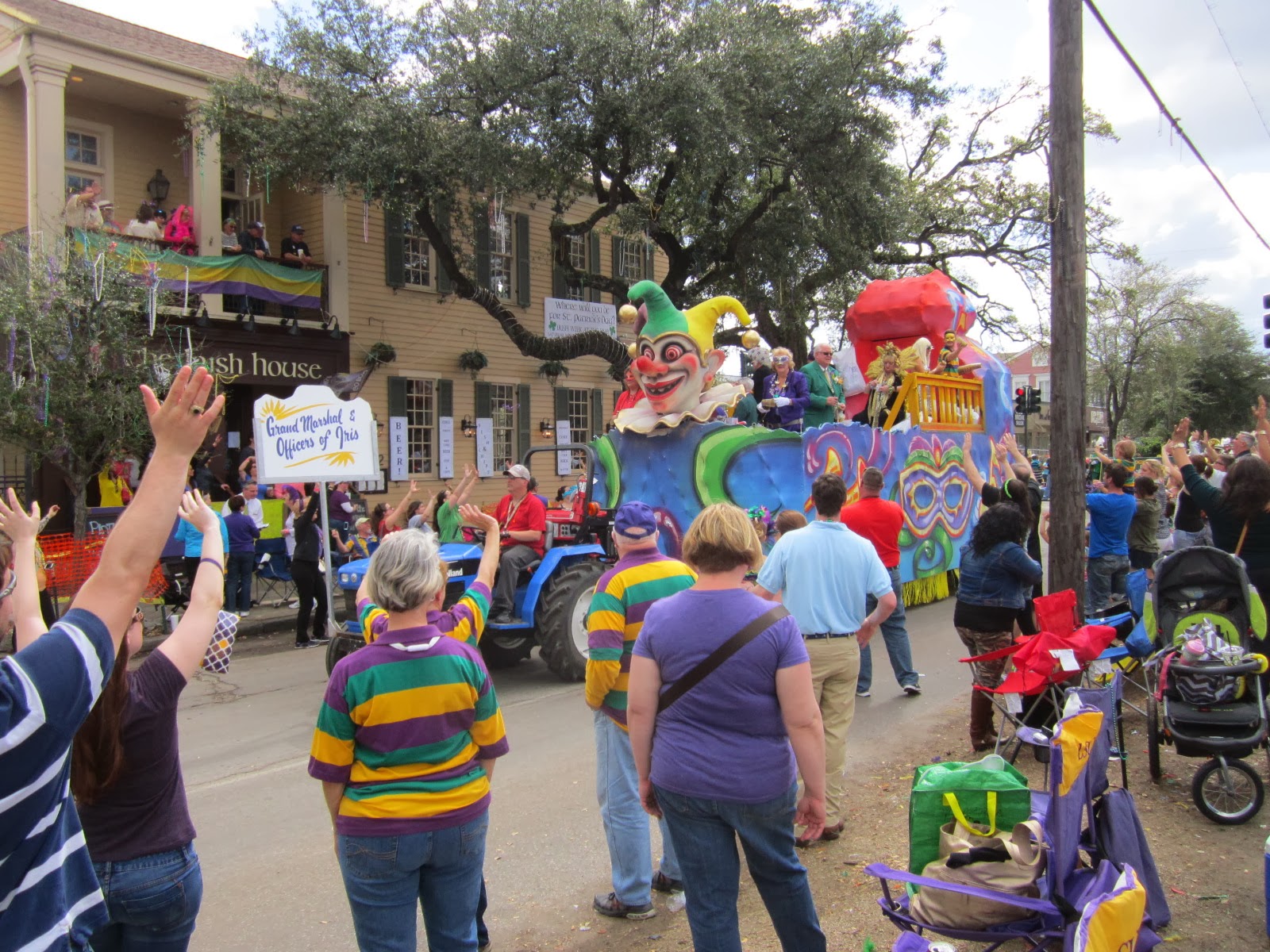 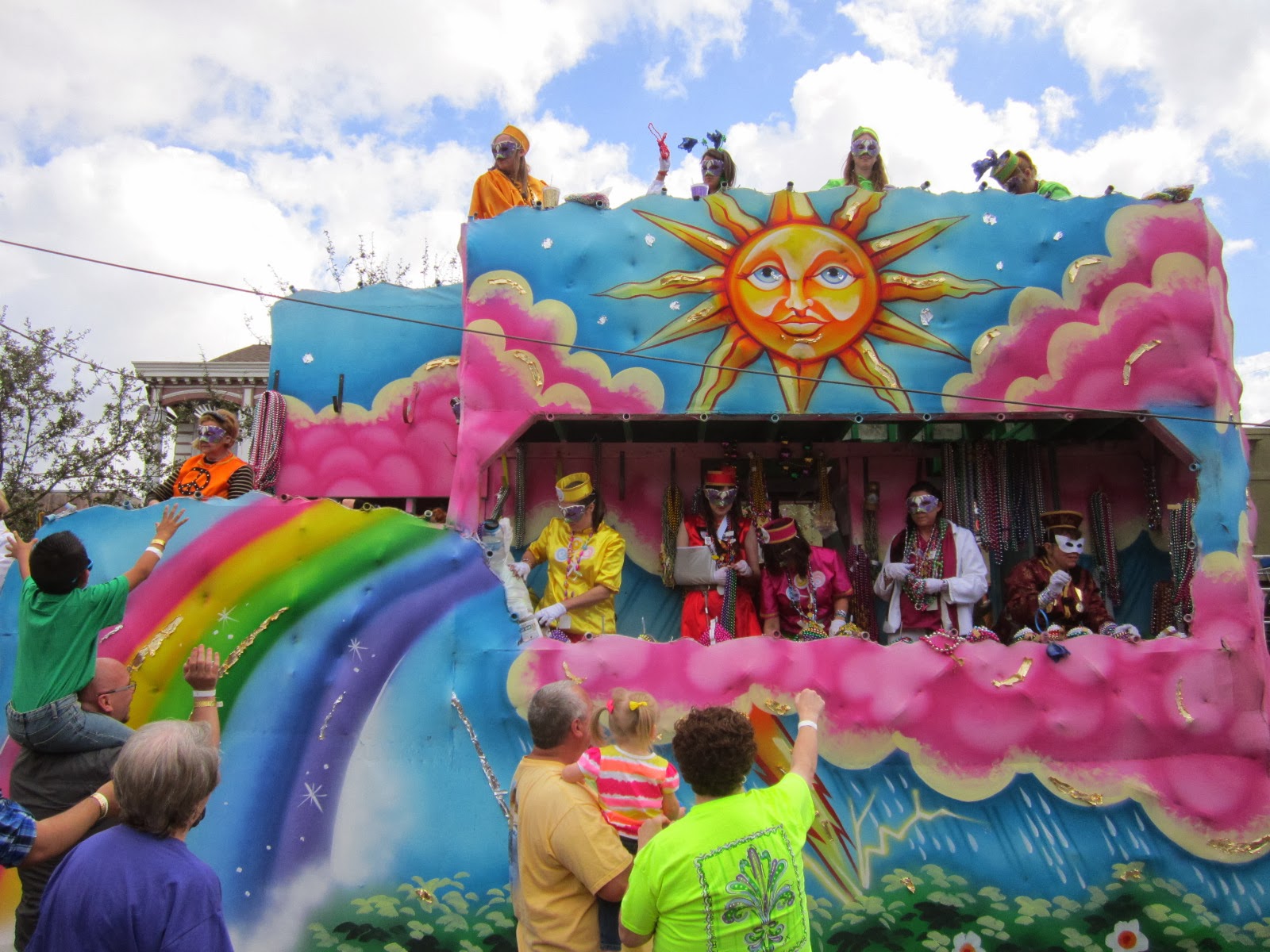 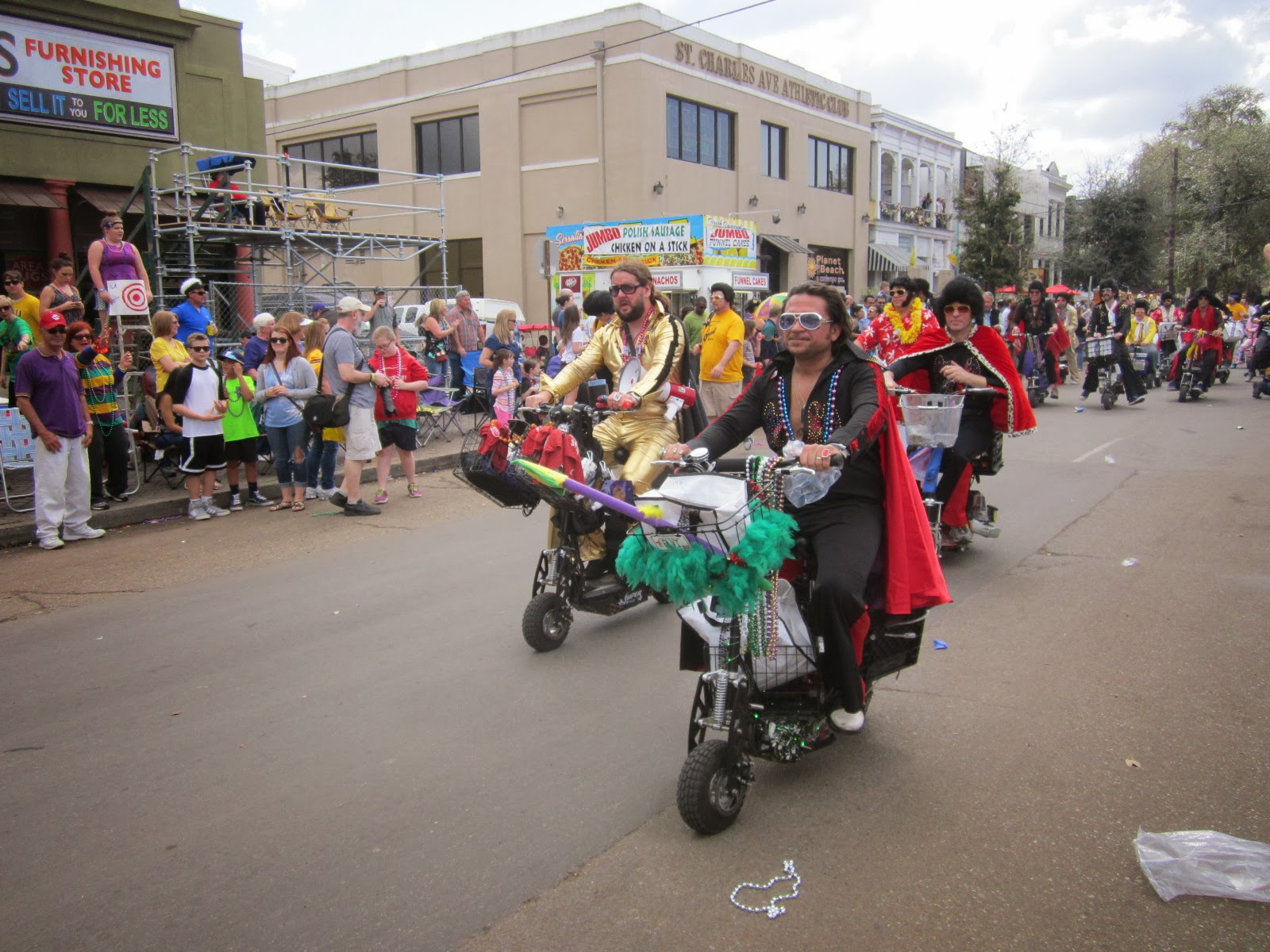 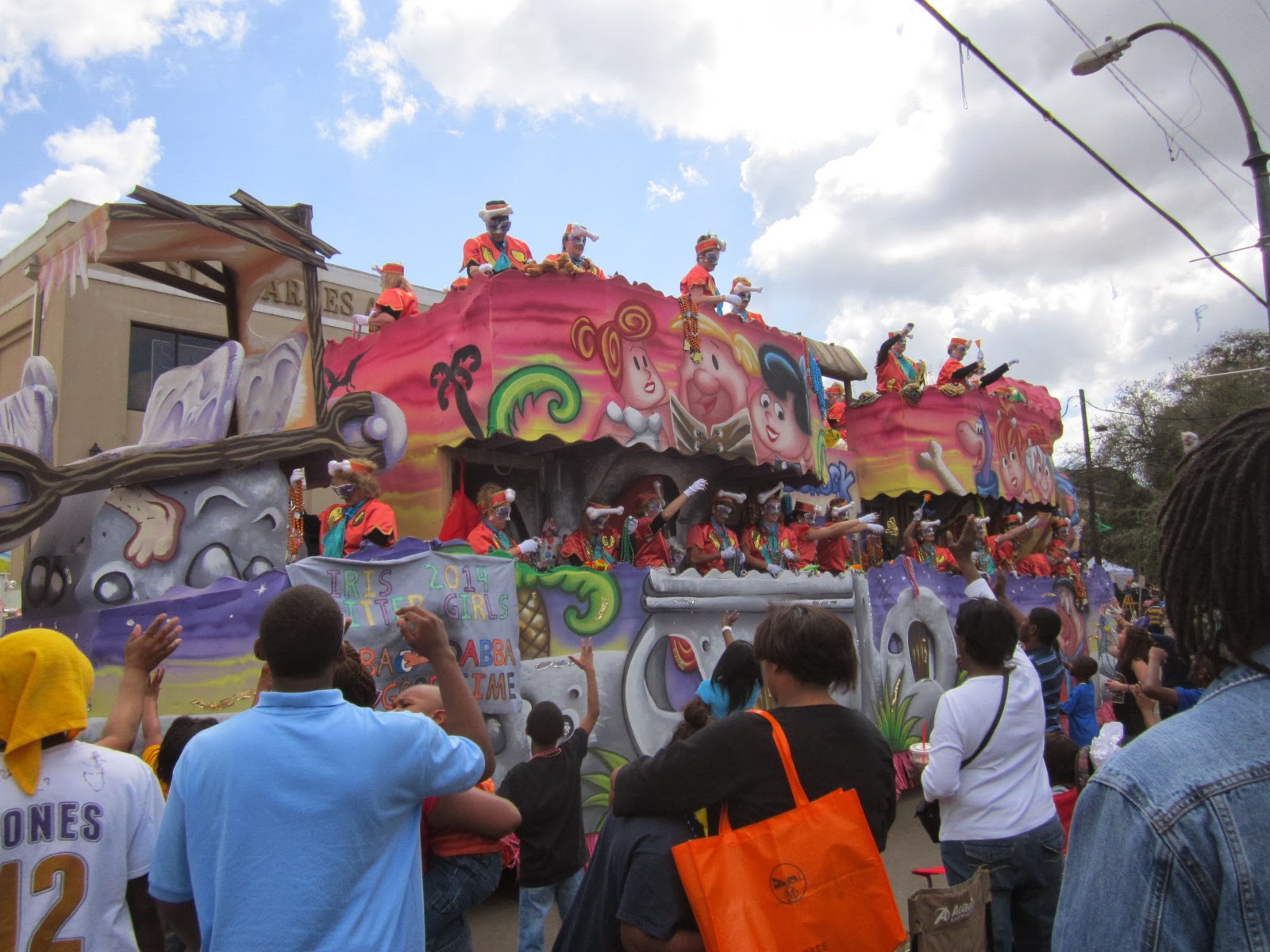 Yabba Dabba Do! (and the start of John's bead collection): 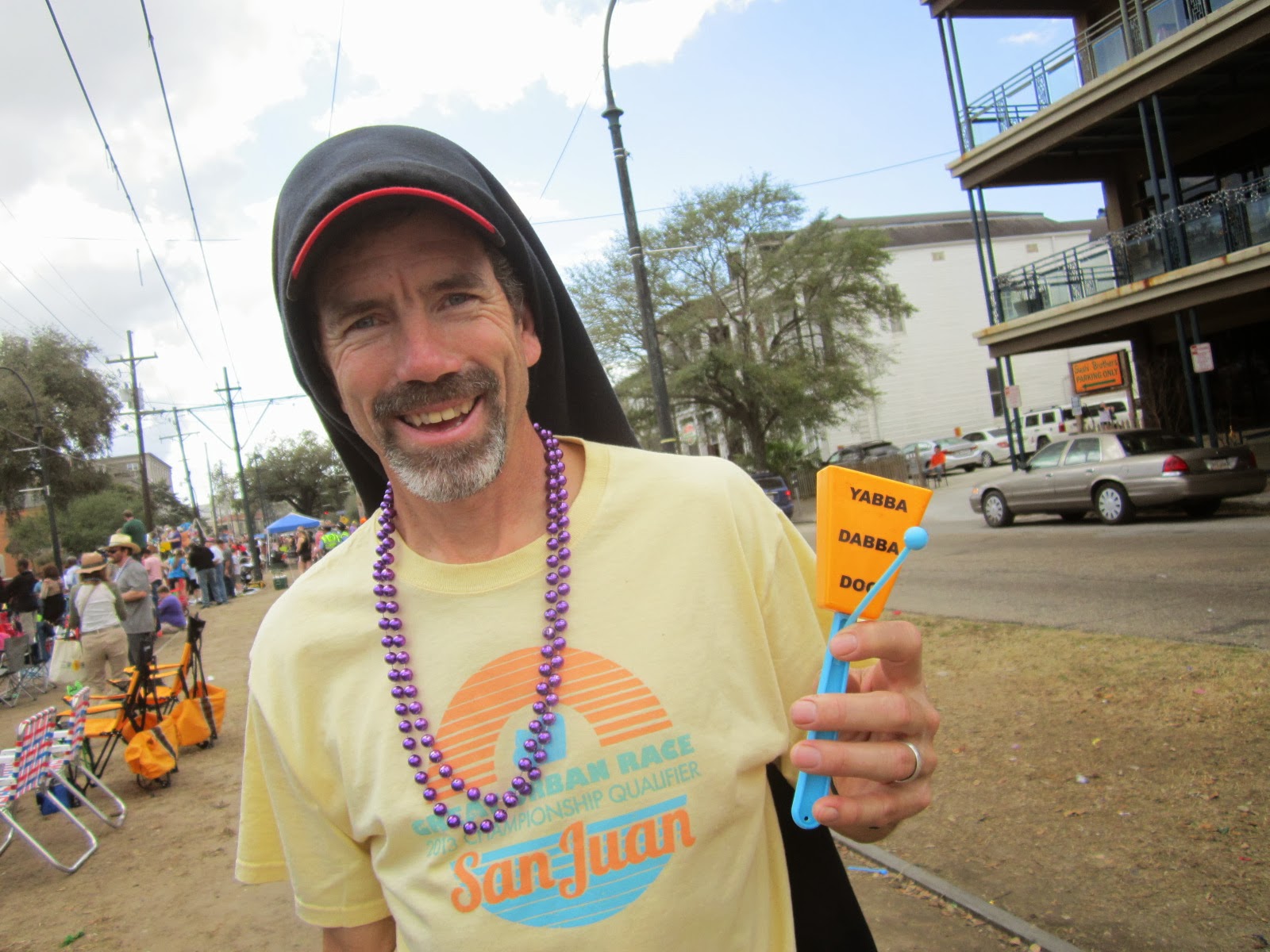 The theme for this parade was "Iris Rocks!" - here is the Rock 'Em Sock 'Em Robots float, well done: 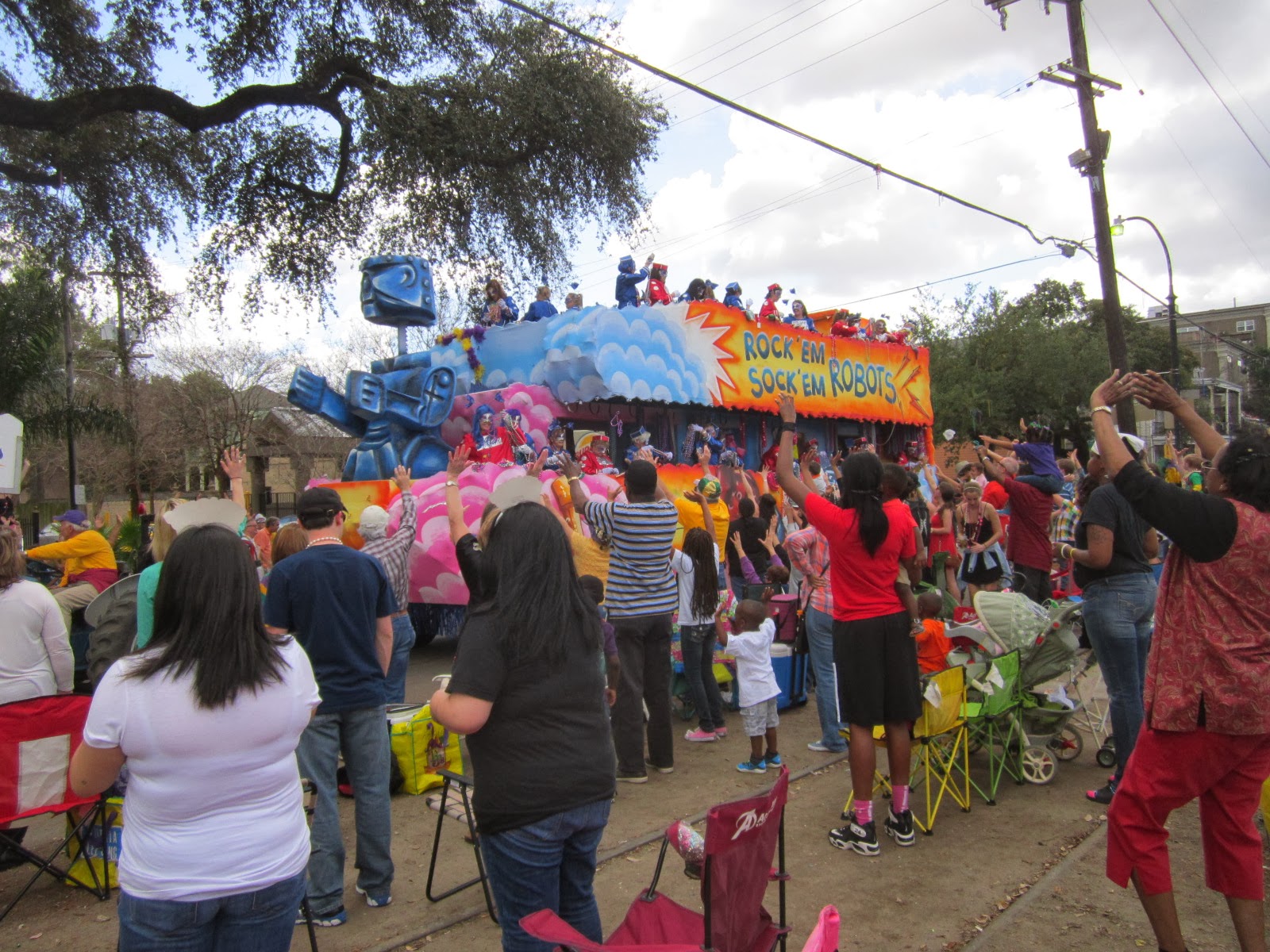 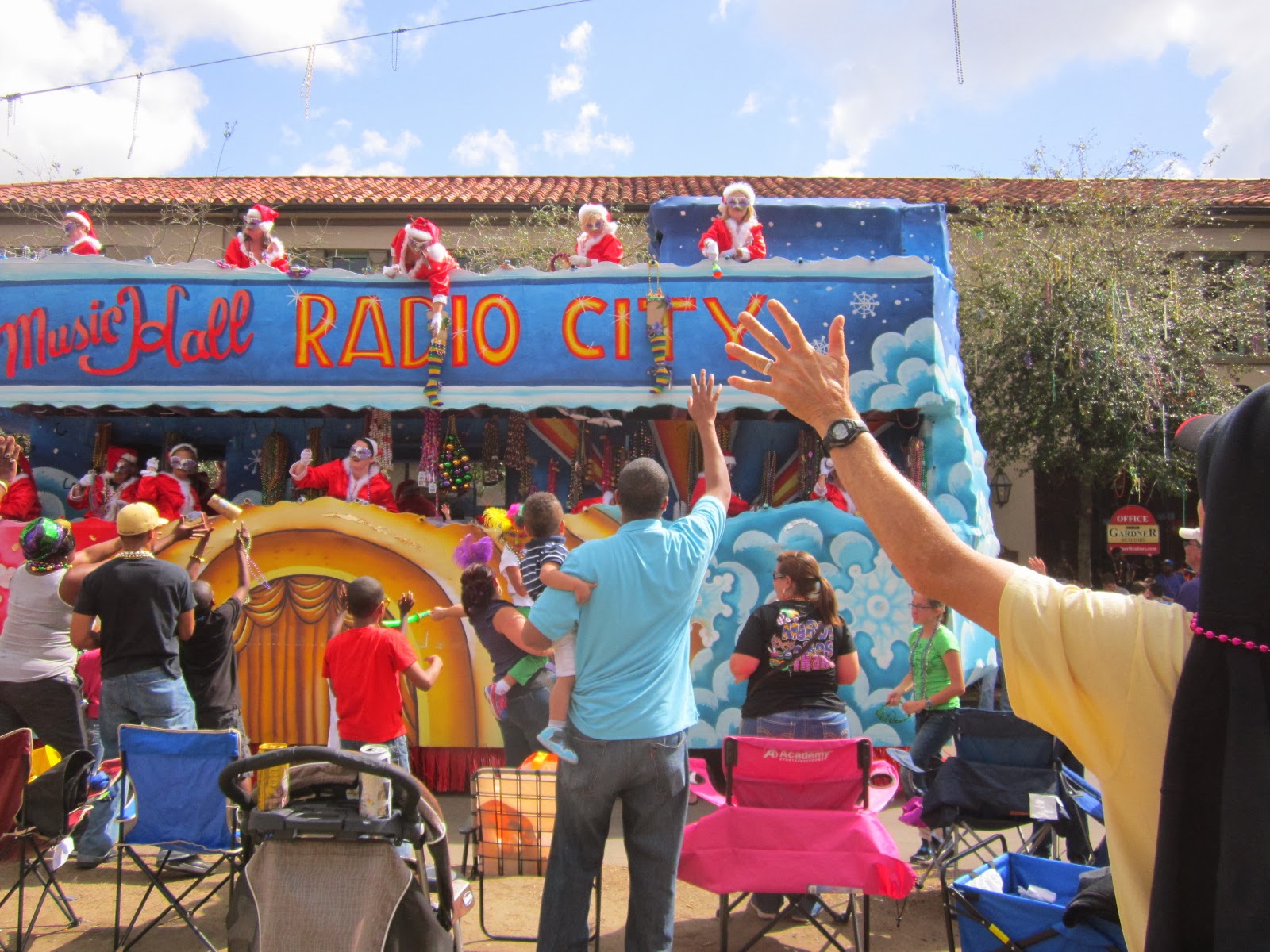 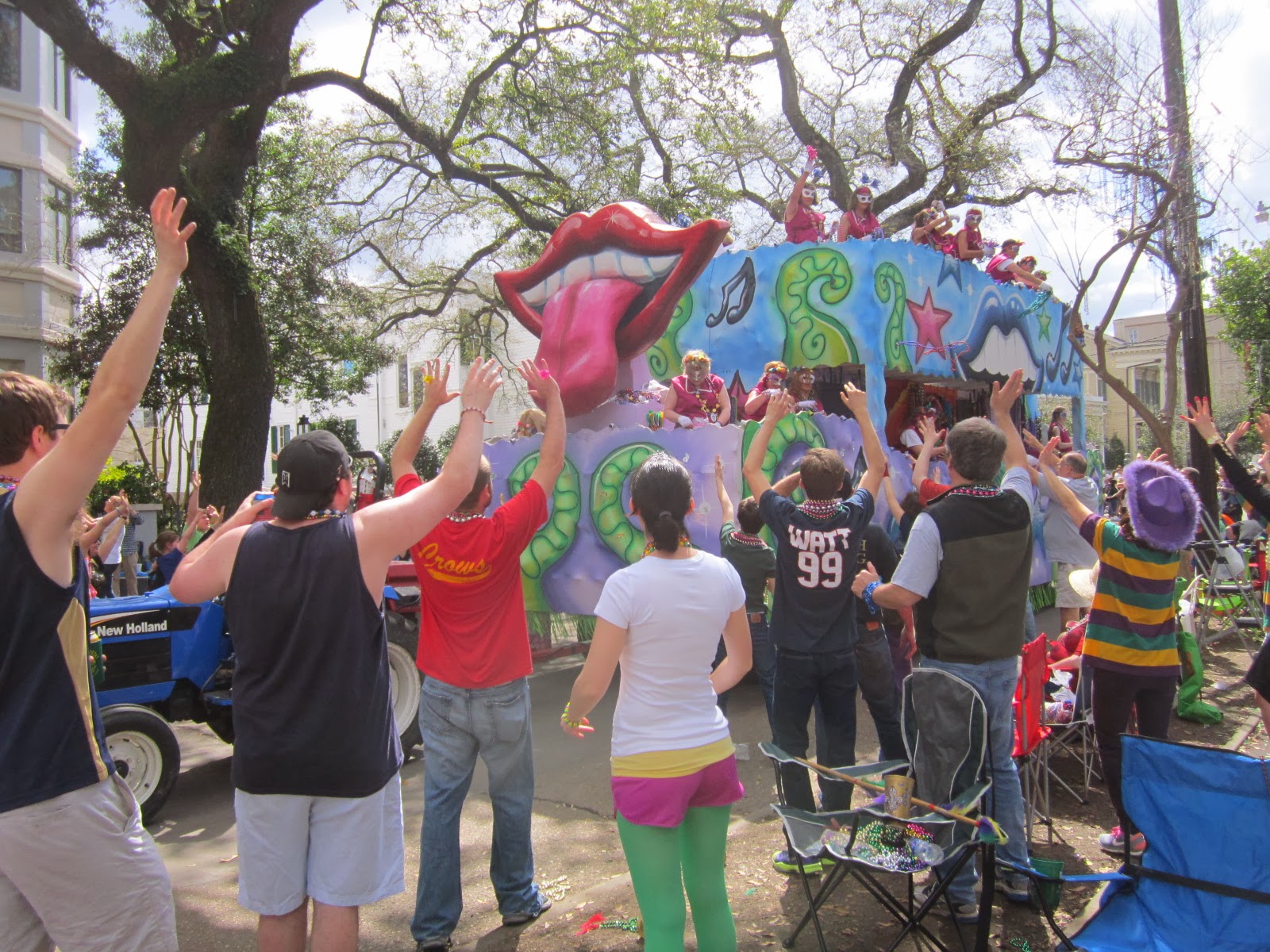 Lava Rocks with a Hawaiian theme: 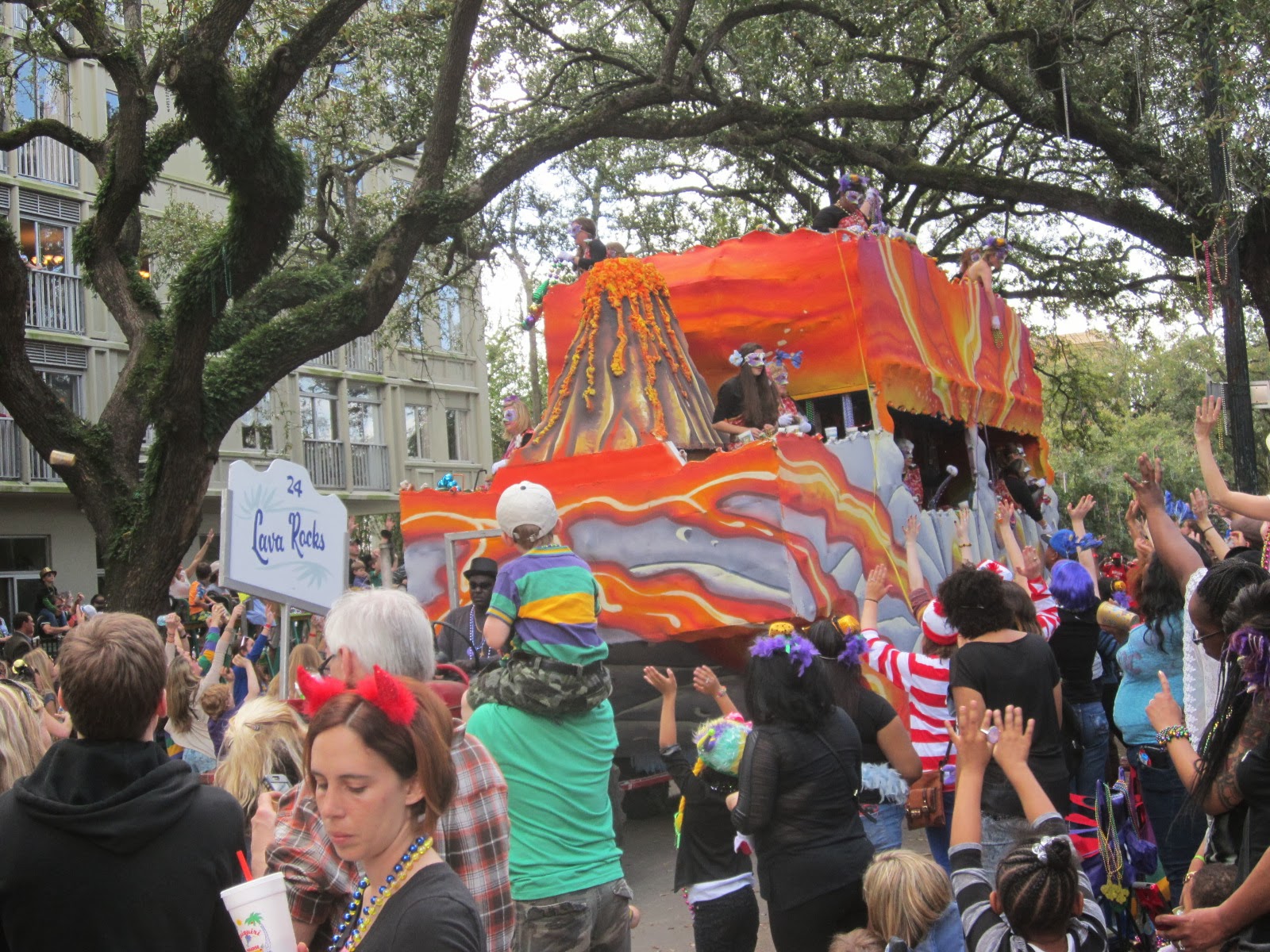 It's Nicole!  Third from the right, in the middle of a bead toss: 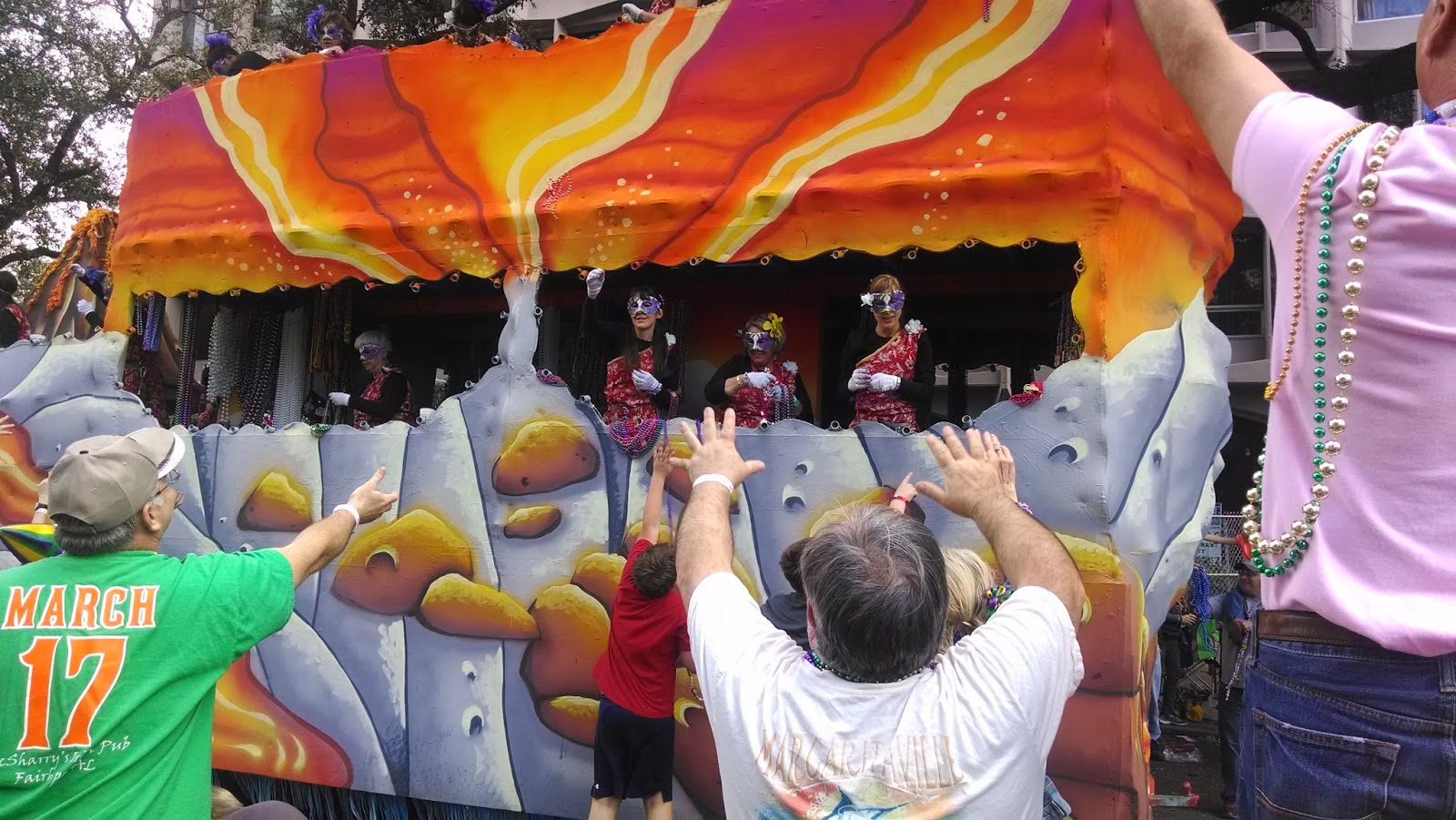 Switching gears - next was the Tucks parade.  They were more into toilet humor, as evidenced by one of the things John caught (also note his growing bead collection): 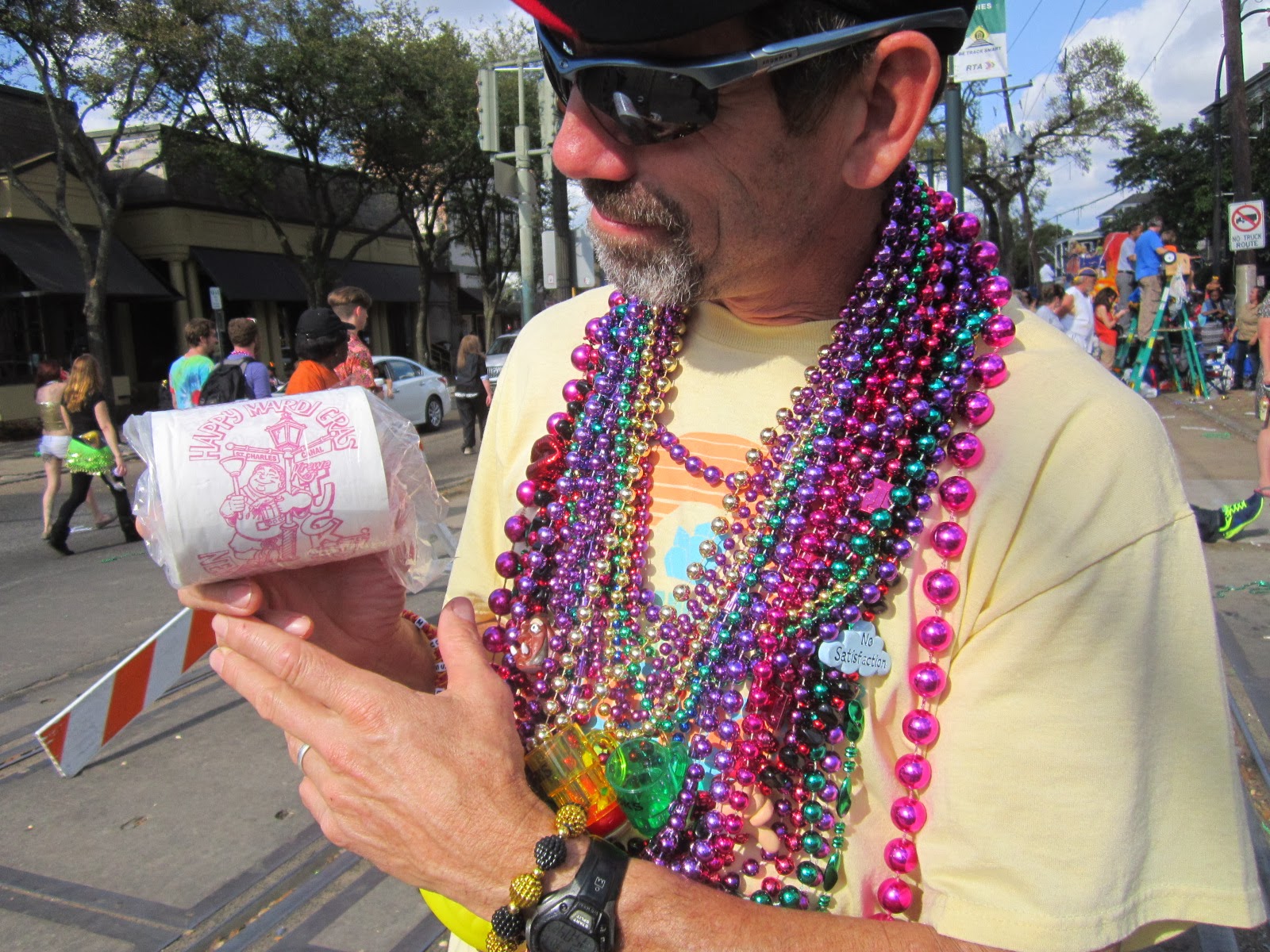 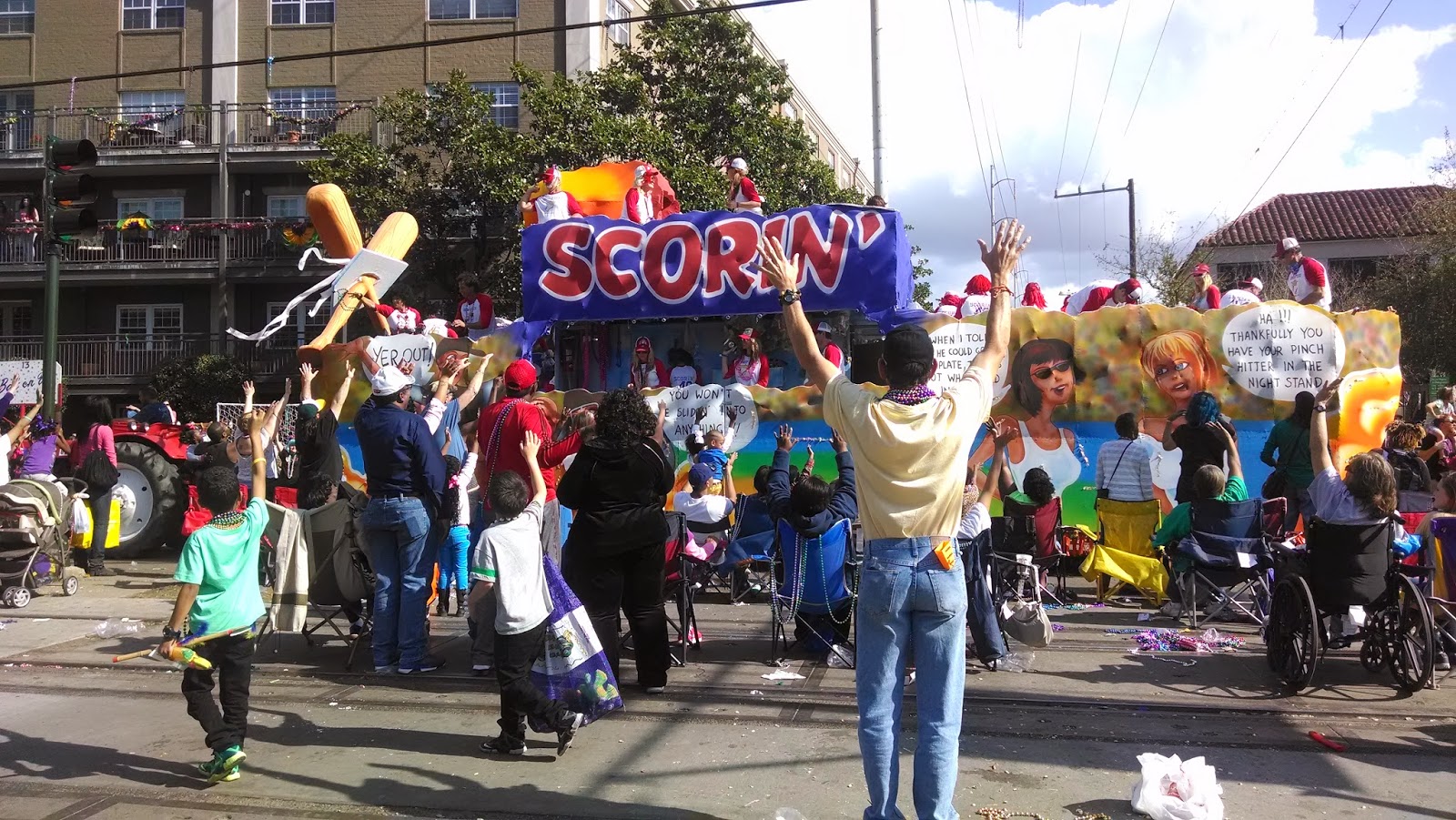 Young ladies on a ladder: 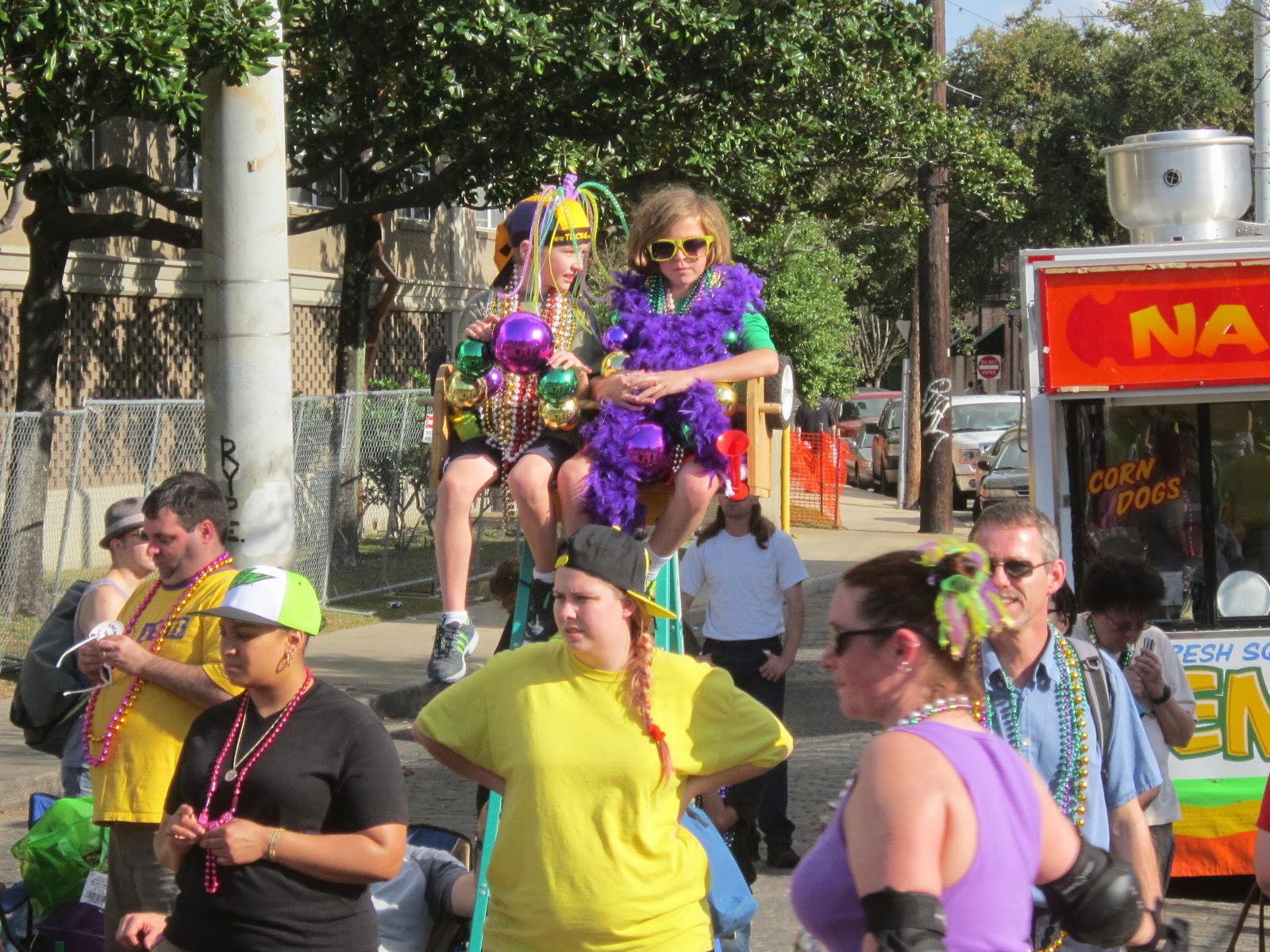 A bit of the aftermath along St Charles: 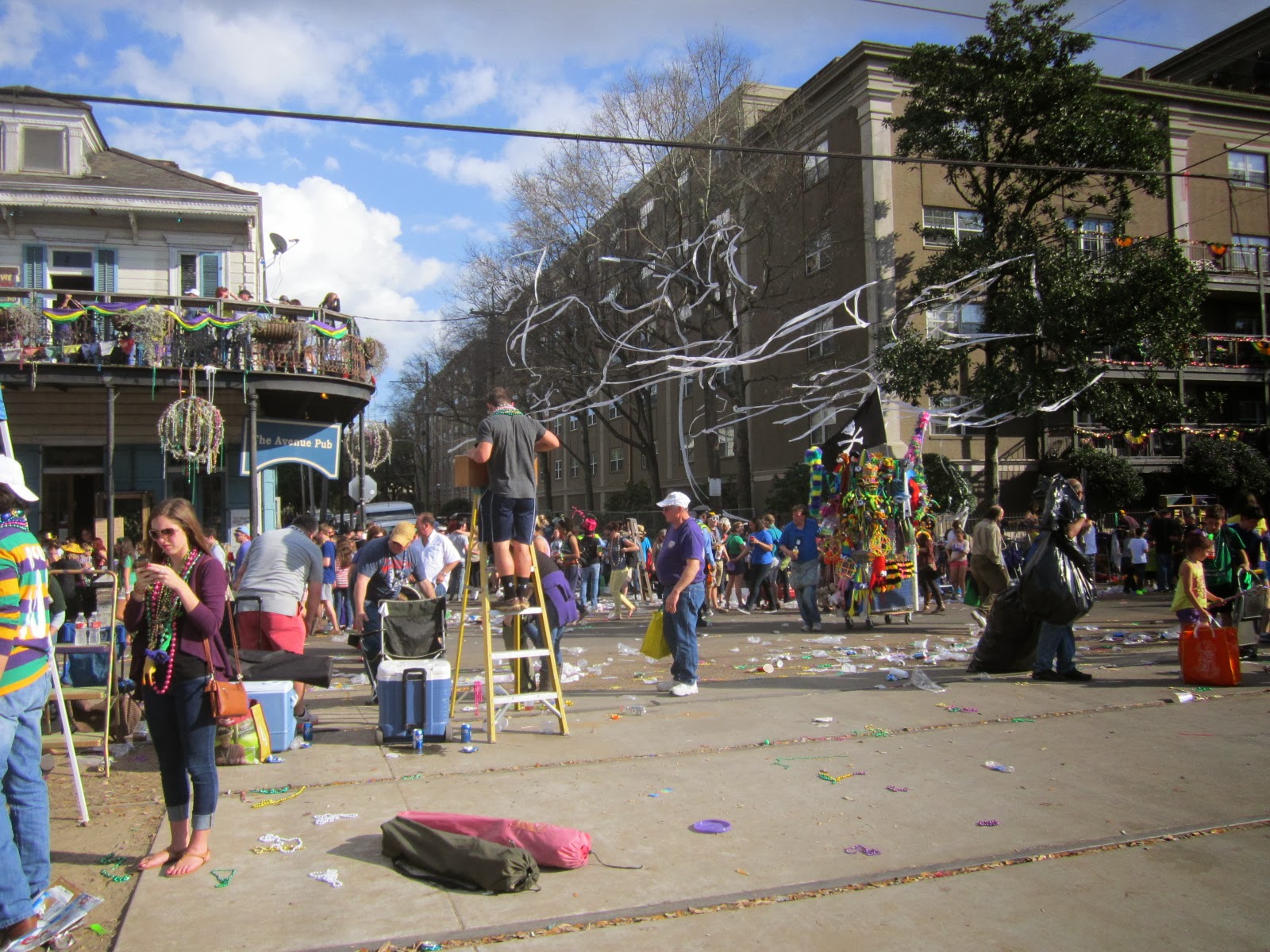 We caught a bit of Tucks on Canal Street after walking back to the French Quarter, including a look at their pirate ship: 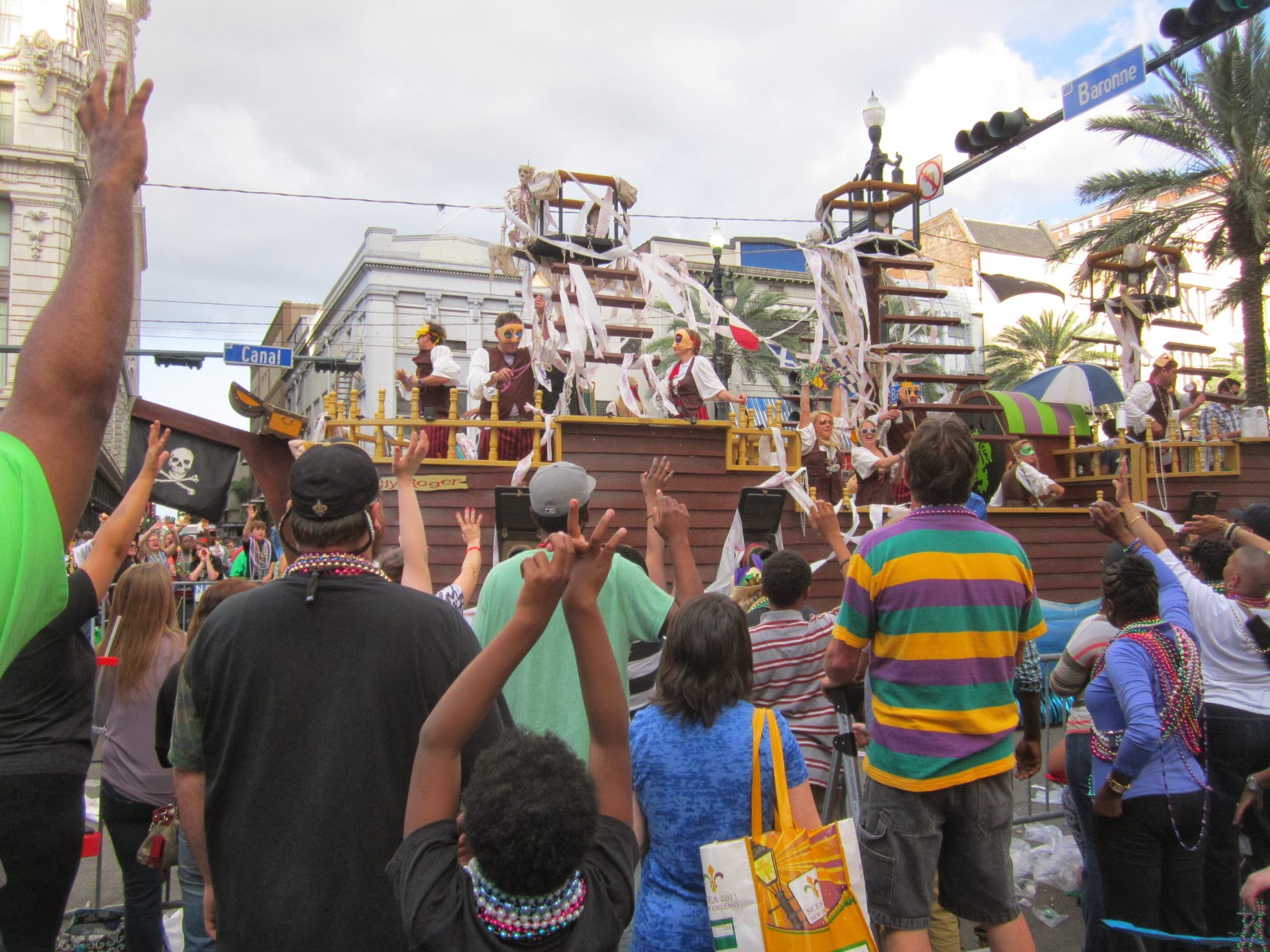 We took a break to recover from the excitement, then started walking up Canal Street.  Not far up we found the front of the Endymion parade.  What a show!  The floats were huge, many of them in 2 or 3 parts, all lit up.  The crowds were big and beads were much harder to come by.  Which is good because we were already fairly weighted down.

An amazing float and the crowd of people asking for beads and stuff: 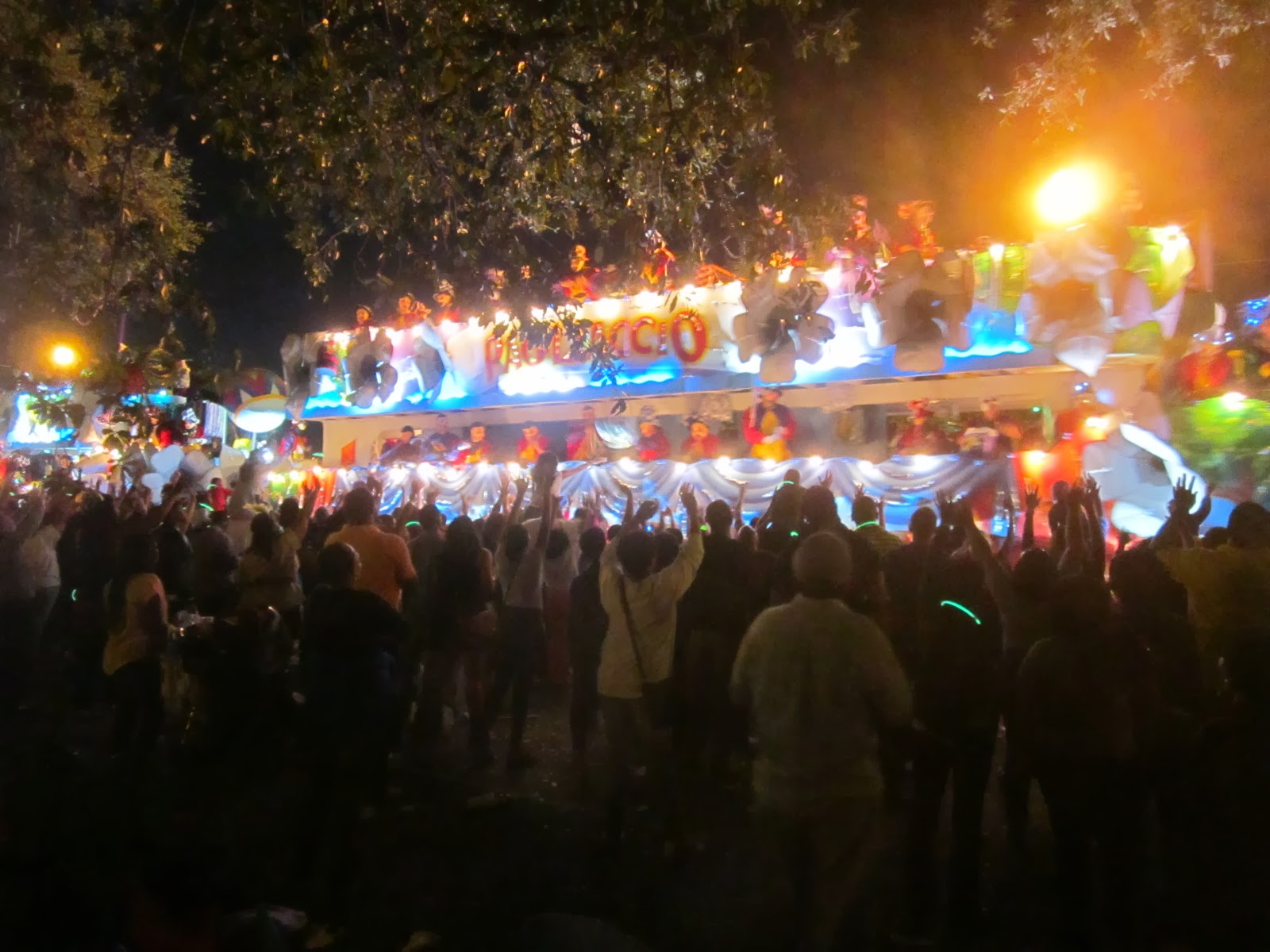 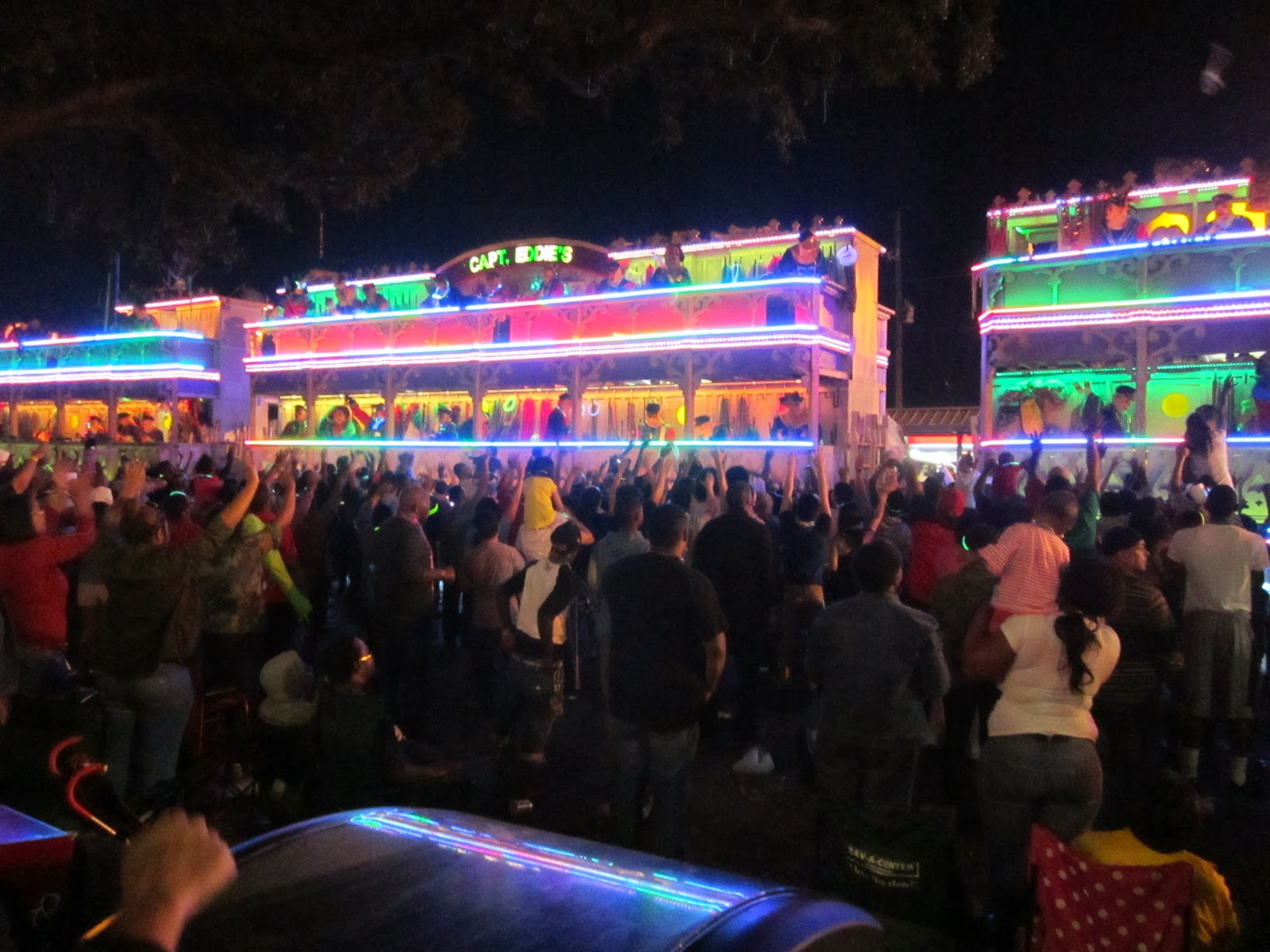 It took a bit of work, but we found Jeff!  Actually, he found us, which is pretty amazing.  It's hard to tell who is who behind the masks.  Jeff and his uncle - hi guys! 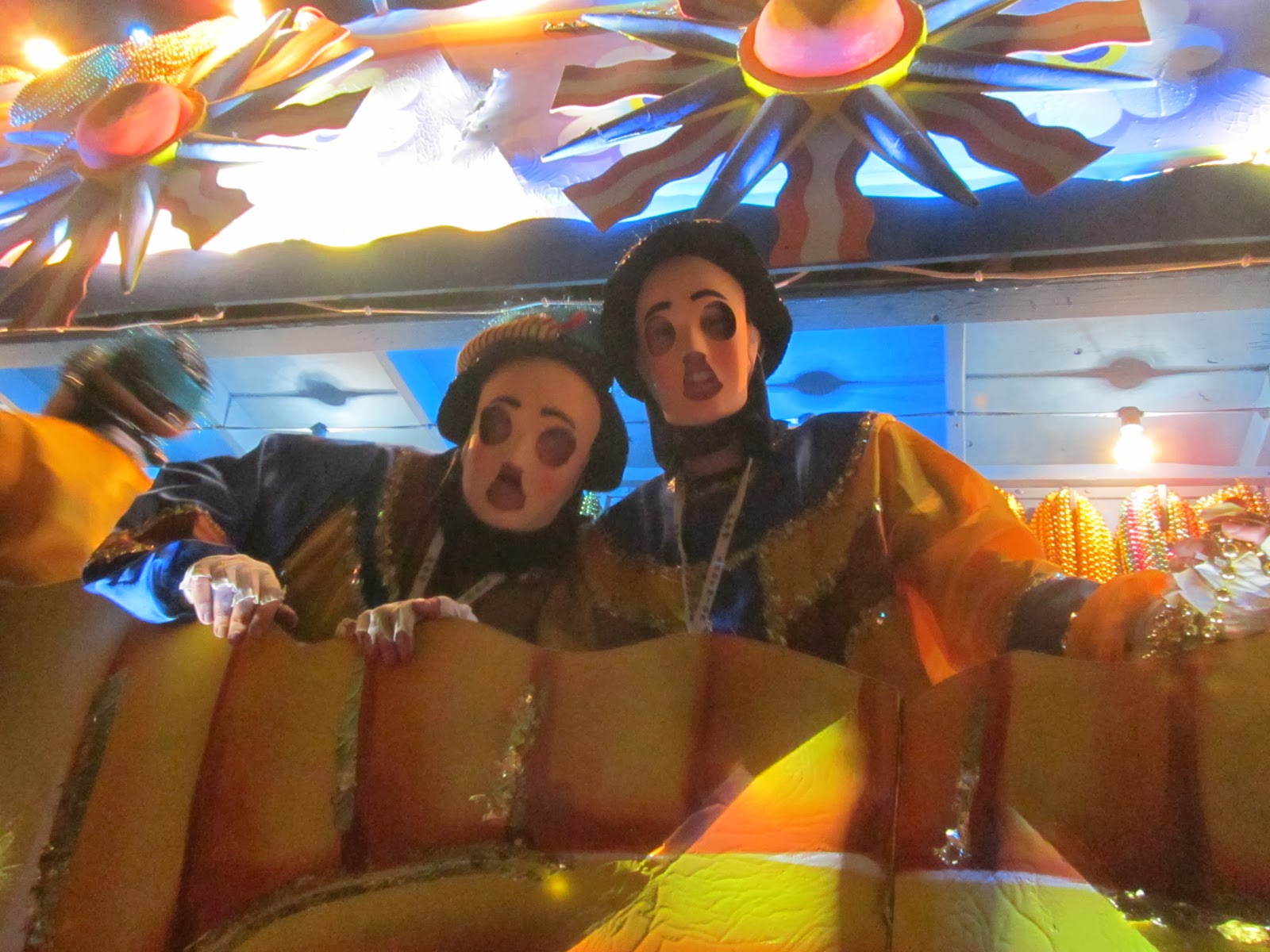 Wow, that was an exciting day!  John with beads (and a bag with more beads): 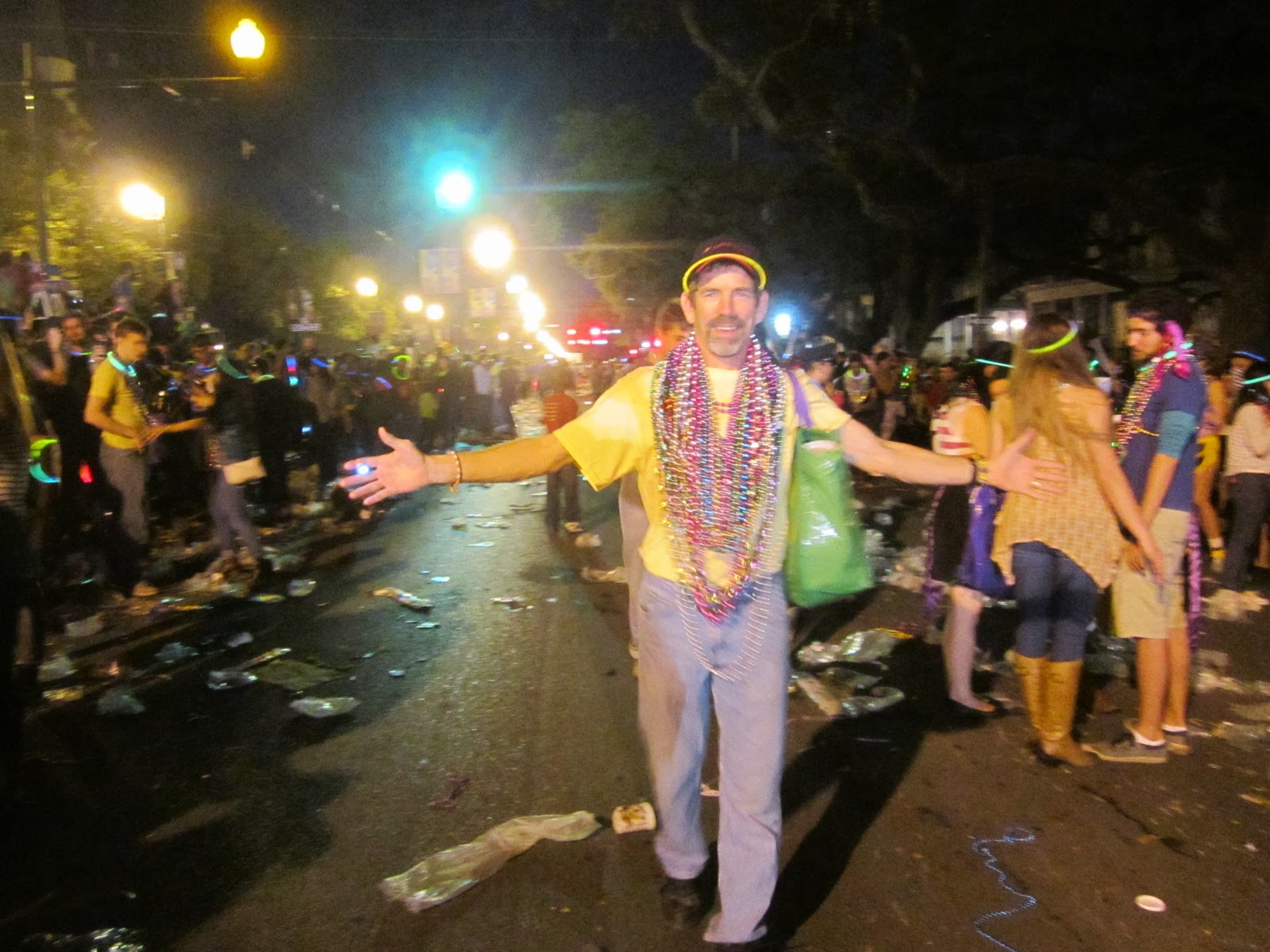 The next day was quieter but still a lot of fun.  Our friends Tim and Zack and family put on a crawfish boil.  Even better, one of their friends brought oysters to char-grill: 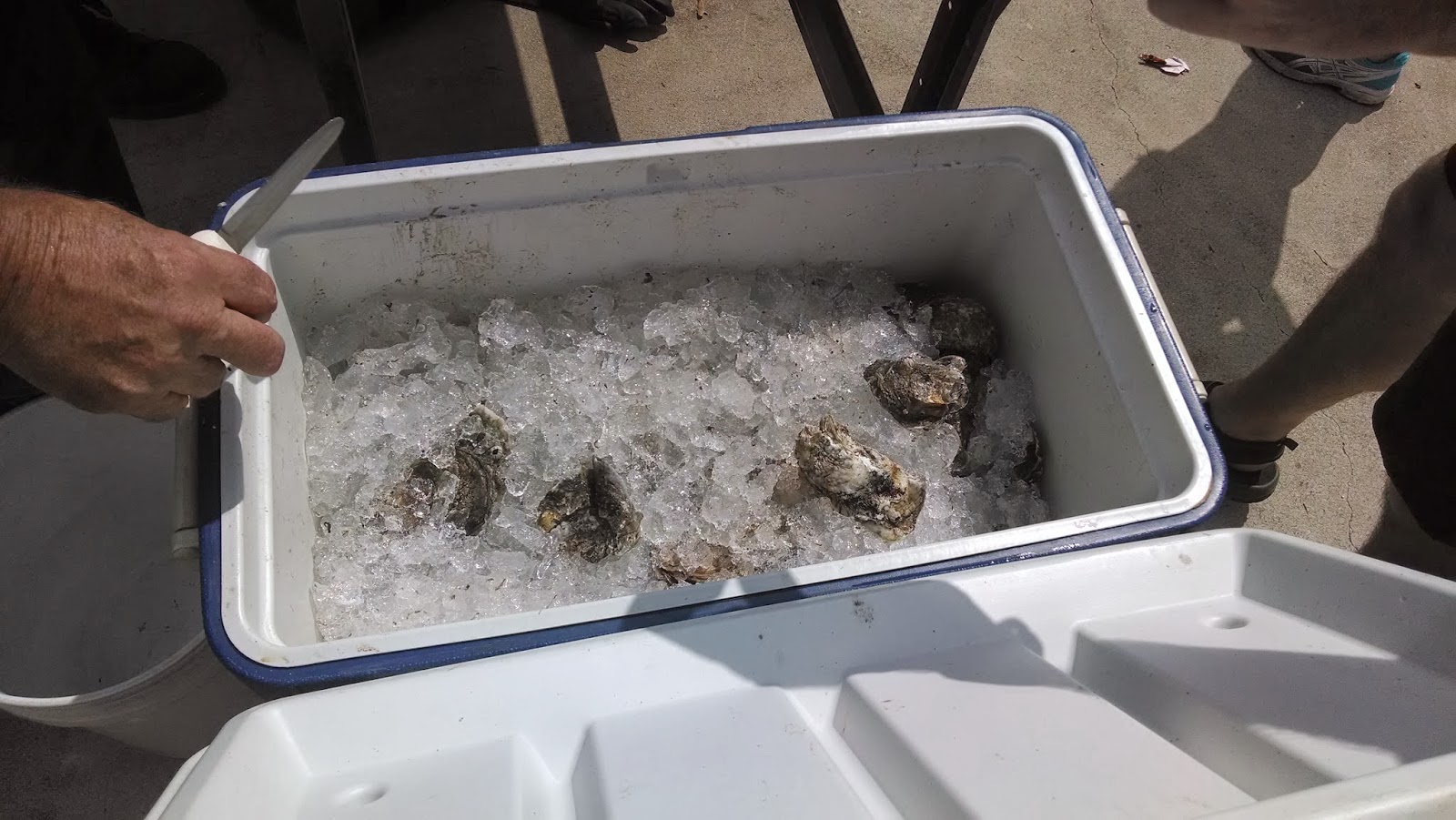 John helping shuck the oysters.  I didn't know I liked char-grilled oysters, but apparently I really do.  Or maybe they were just seasoned and cooked perfectly. 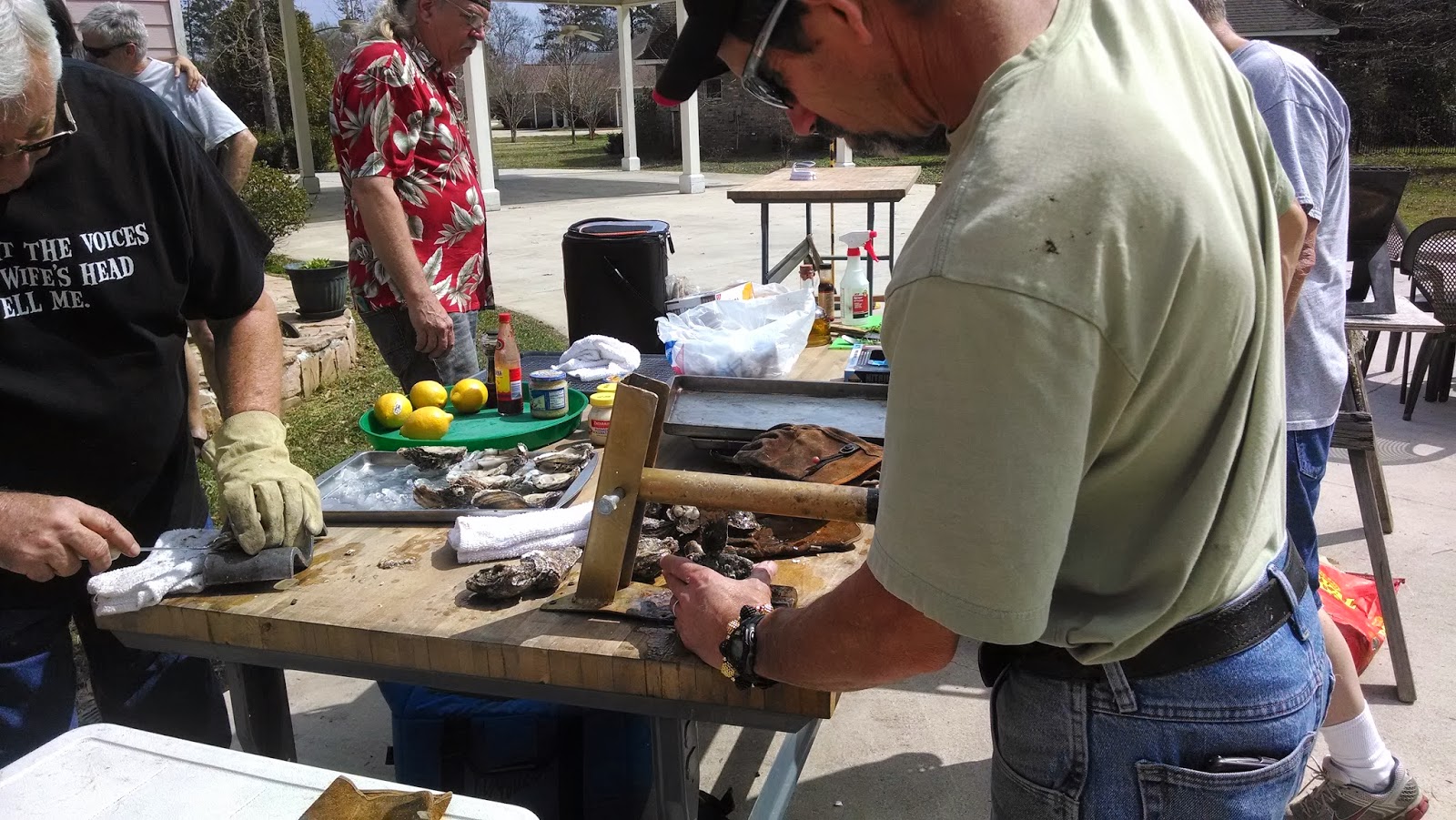 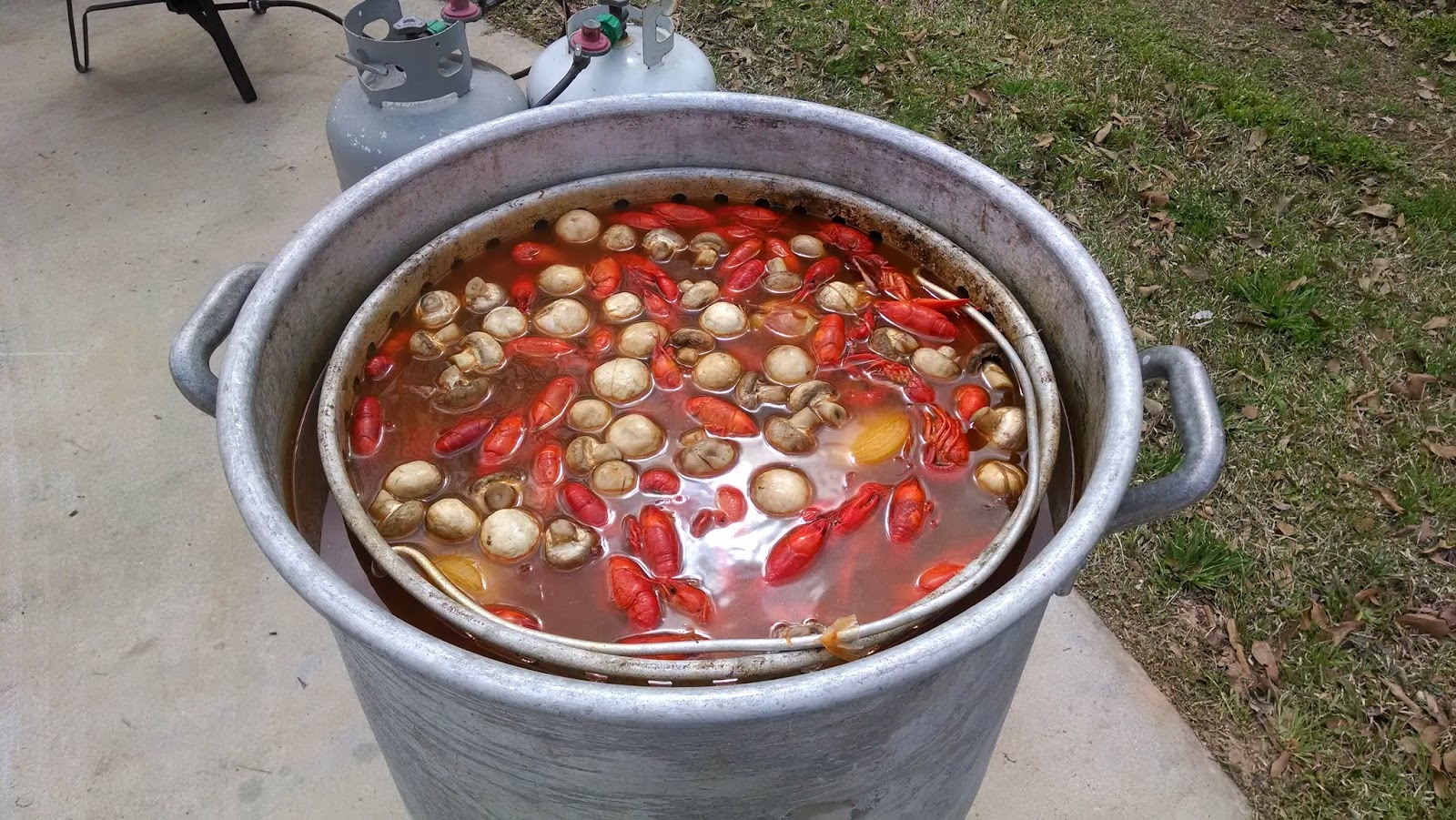 Thank you to all our NOLA friends, that was one amazing weekend!