A winter week in Colorado

For Christmas/Beard family reunion, we flew to Colorado for a week in the snow.  It was pretty cold for picture taking, but I managed a few (once it stopped blizzarding).  Somehow didn't get any proof that anyone else in the family was there - hopefully I'll get a copy of the group photos eventually.

For now - here are a few shots of me and John clowning around on the slopes of Monarch ski area: 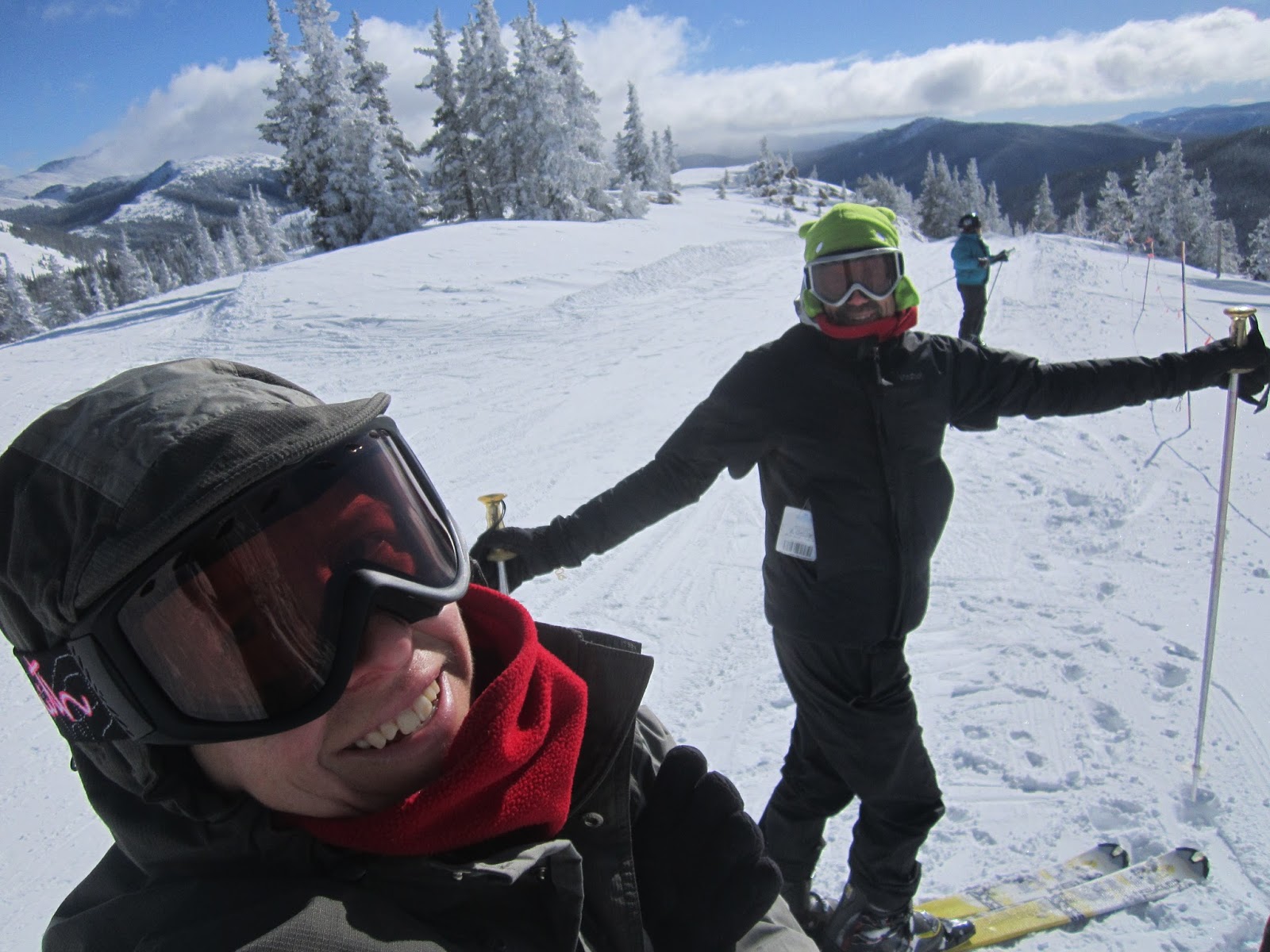 John rocking his new Android hat (popular opinion seemed to think it was a frog or a Shrek, but one lift operator figured it out): 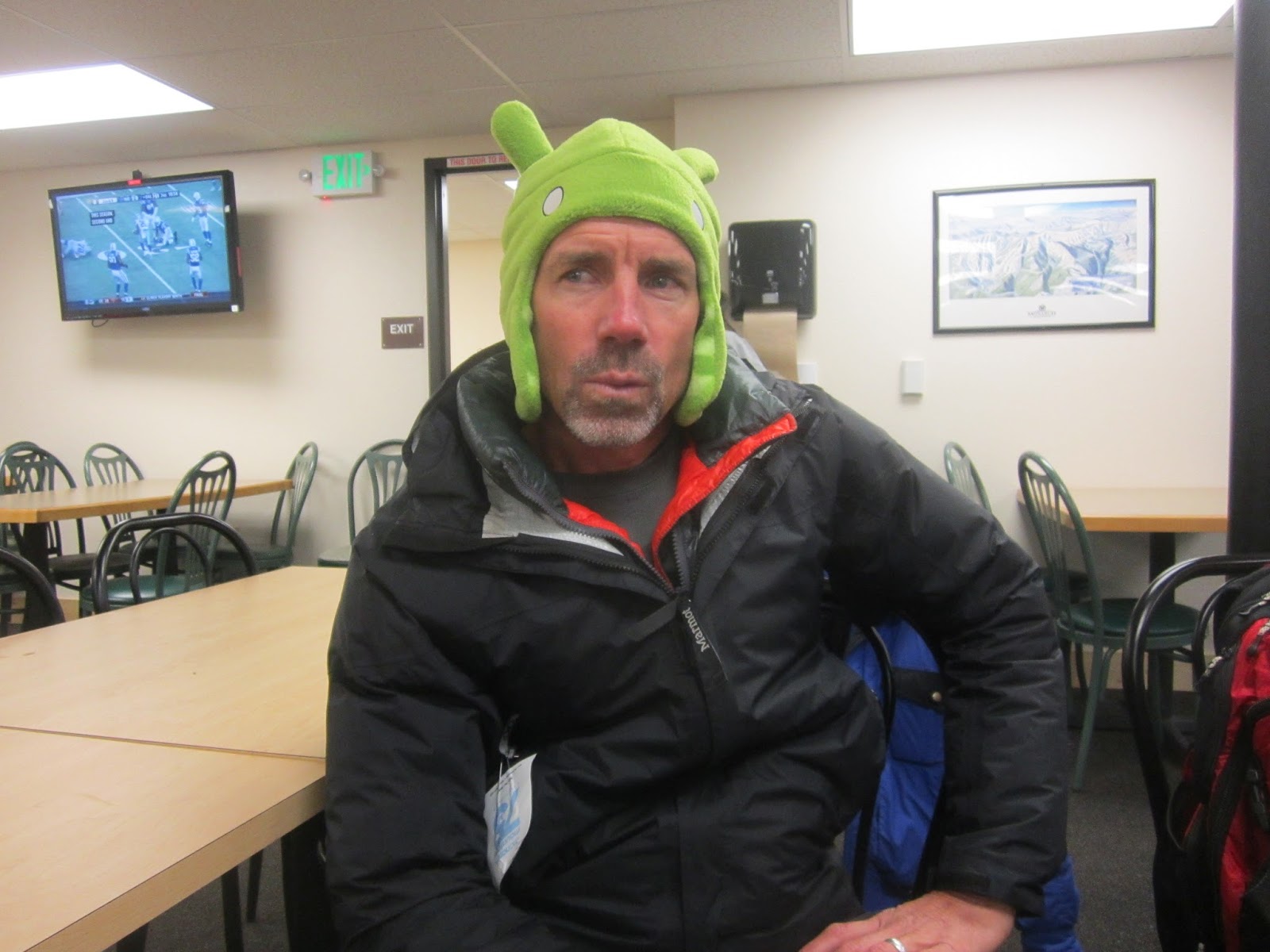 For some uphill workout, we did a bit of snowshoeing, including once in a minor snowstorm.  Kind of get the impression that John is like "how did I get here?" 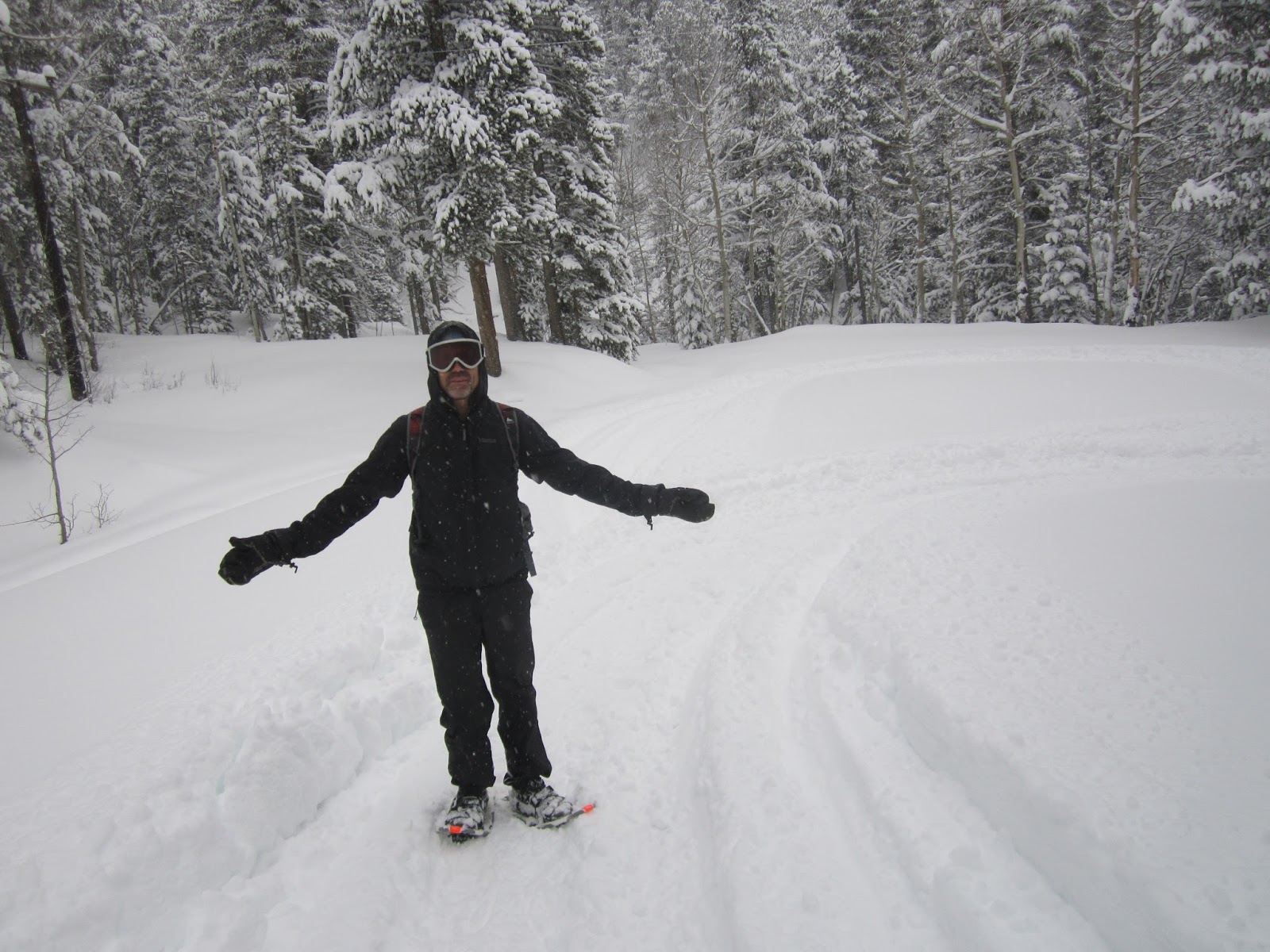 All that snow made for some great skiing: 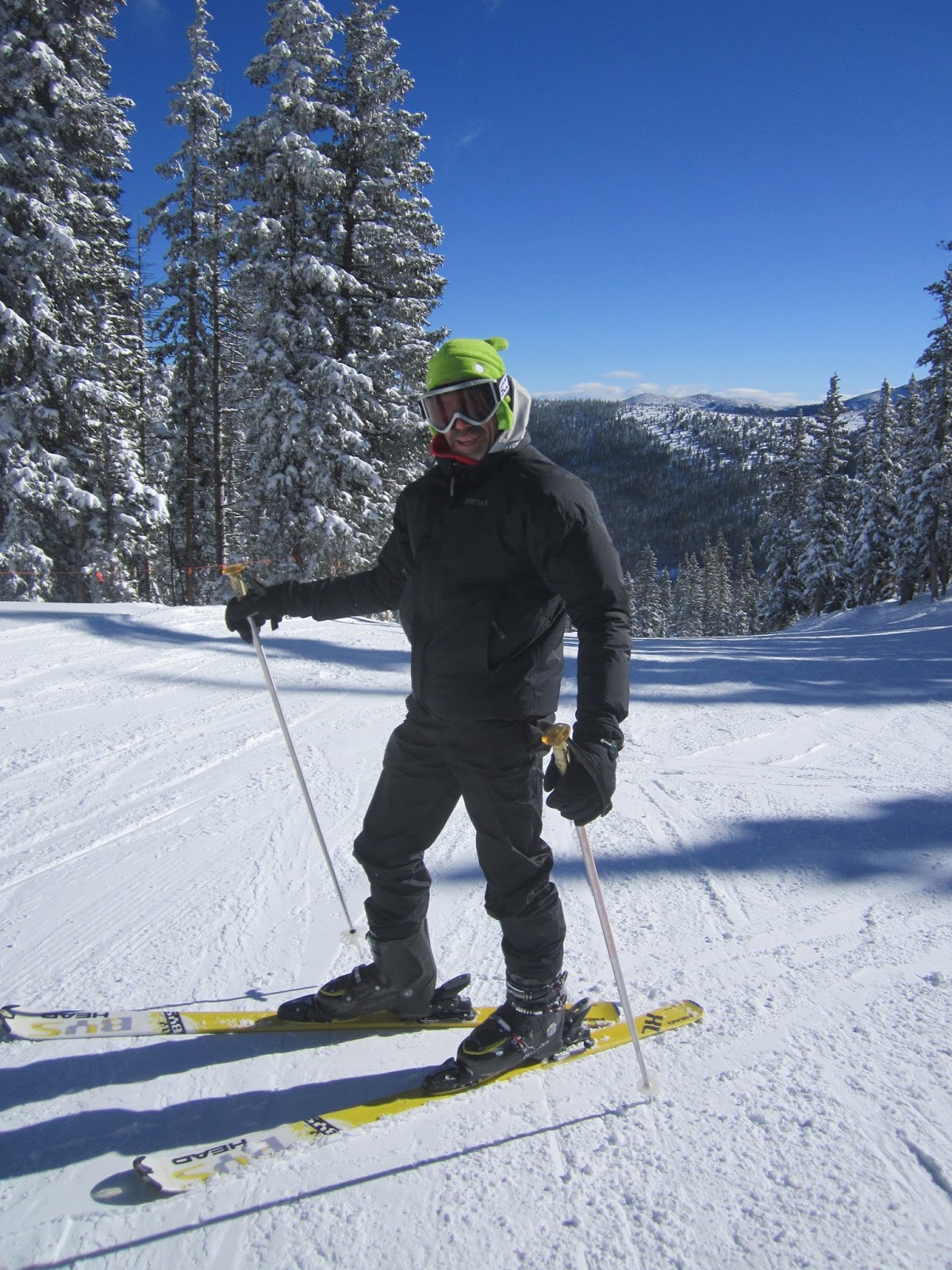 But we did have to stay pretty well bundled up. 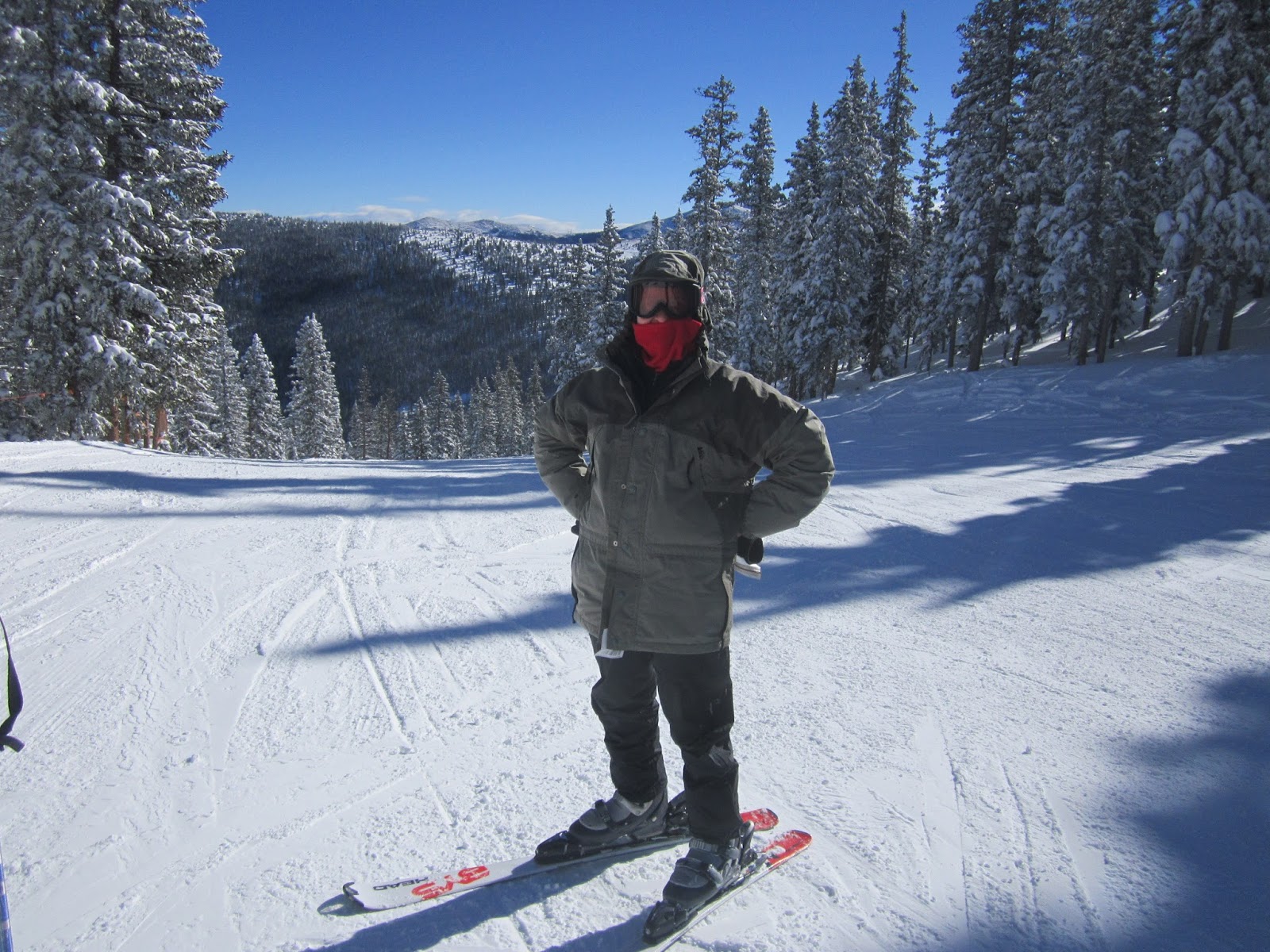 Beautiful Colorado scenery (once it stopped snowing all day and night): 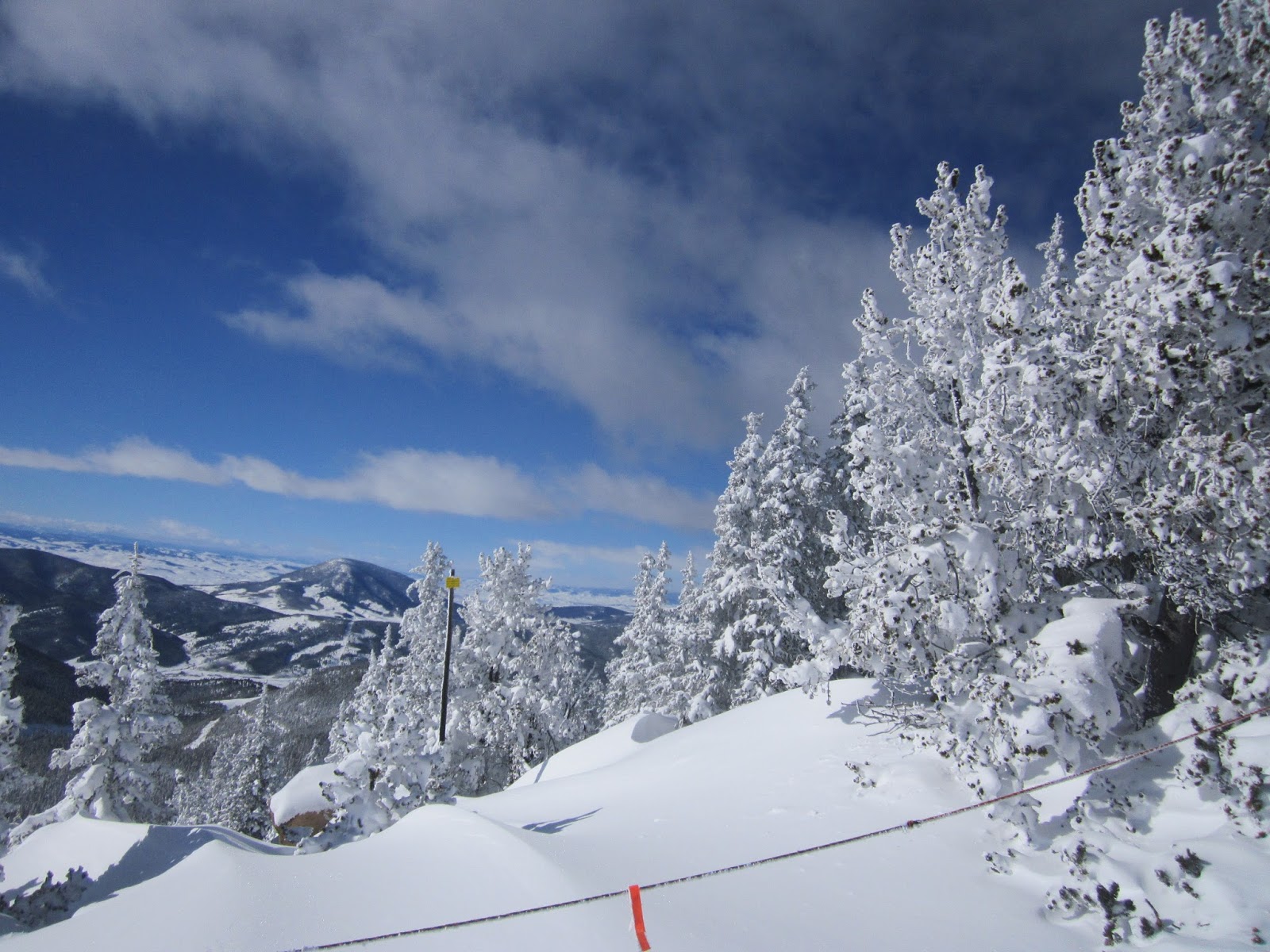 We were also lucky to spend a couple days with Danny and Eric.  Danny suggested visiting Winter Park to see their Christmas Eve "Torch Parade" - fun! 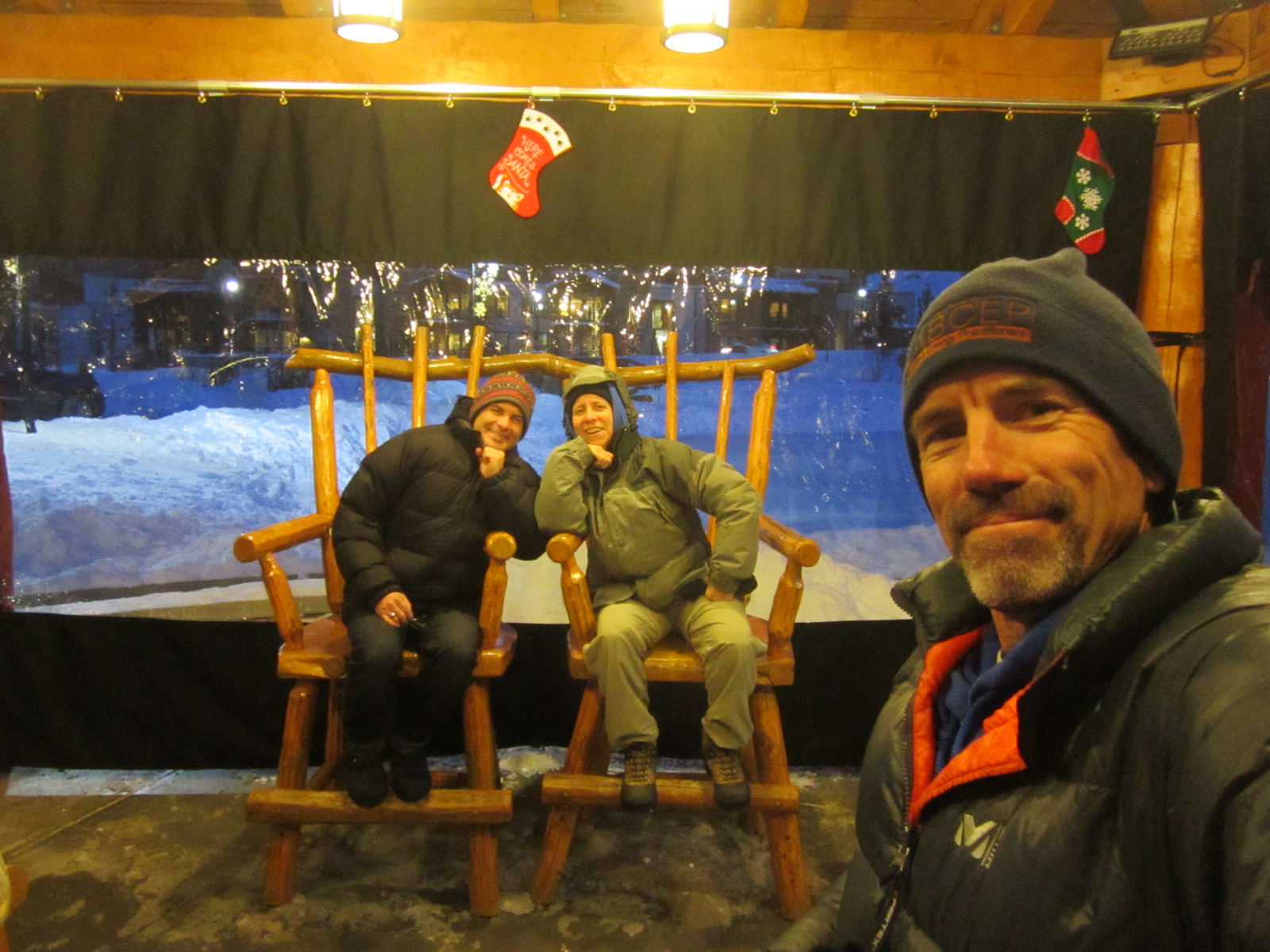 The parade was super cool - skiers carrying torches coming down the slopes, with fireworks overhead, and special guest Santa on a sleigh.  Awesome. 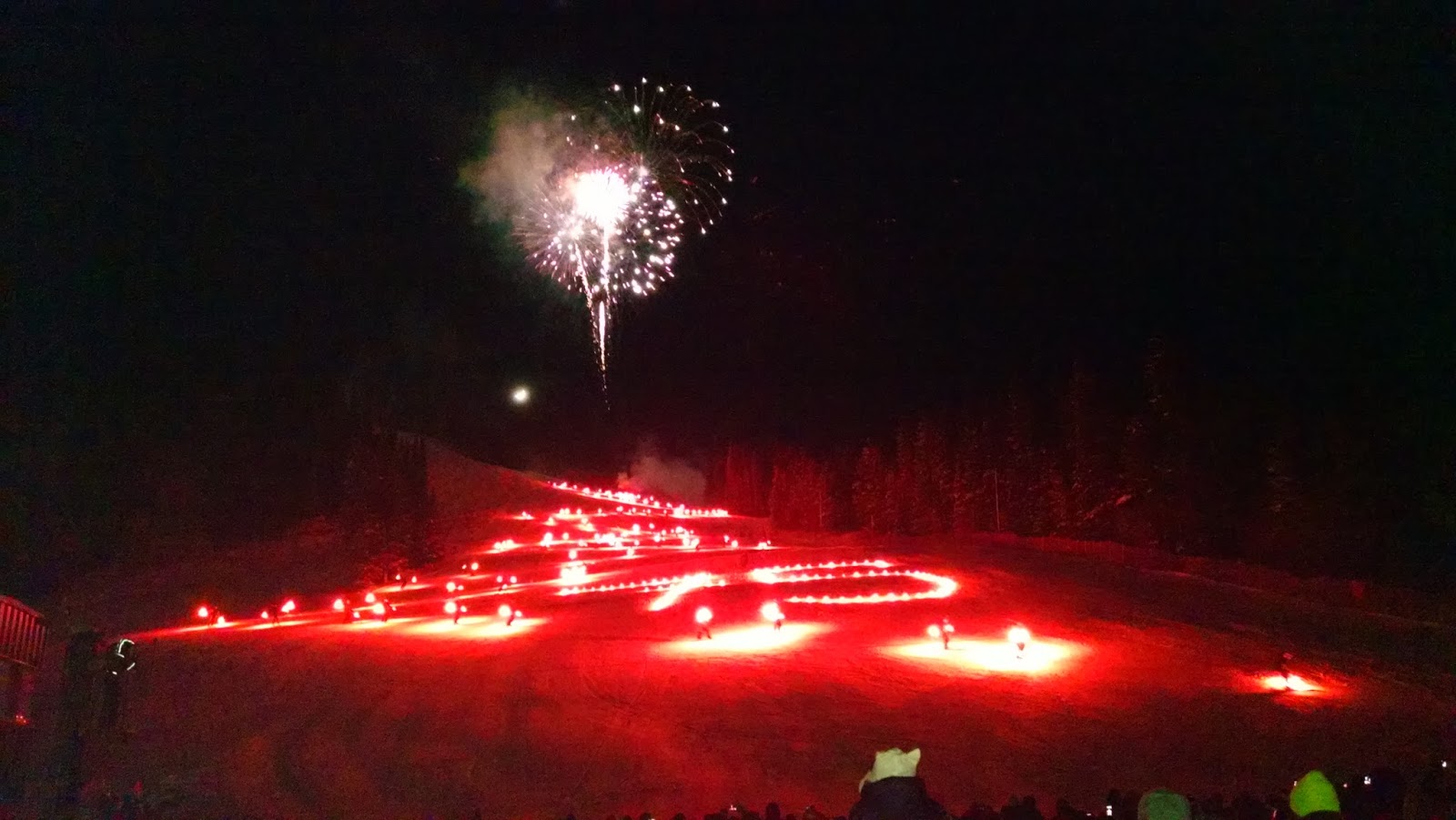 It was worth the chilly fingers and toes!