It has been a quiet blog lately. My excuse (besides the fact that life becomes a bit more mundane when you aren't traveling) is that I've sequestered myself in order to finish my GTA report. It's half done! And really long...

But enough about me. Yesterday I grabbed my camera for an opportunity to practice "action shots" while my husband and some friends competed in the Dirty Duathlon at Rocky Hill Ranch. It was a 3-mile trail run, 12-mile bike, 3-mile run. Everyone did great!

I learned that my little camera isn't really suited to action shots. Sometimes it focused on the subject, sometimes on the background. And the delay between pressing the button and getting the shot is hard to work with. But it was fun to play around while imagining getting a better camera someday. Besides, it was really easy to run through the woods with.

John running with his helmet on, a style only he could pull off: 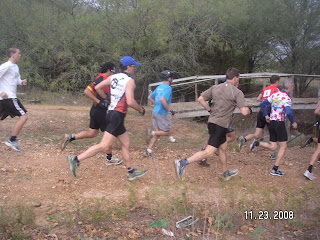 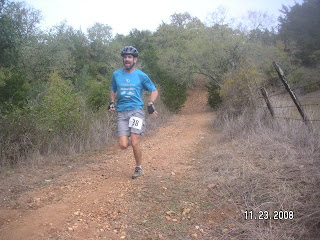 At the start of the bike course: 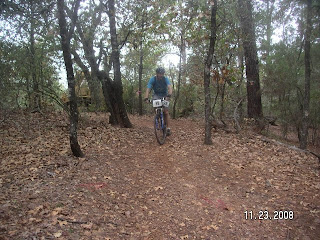 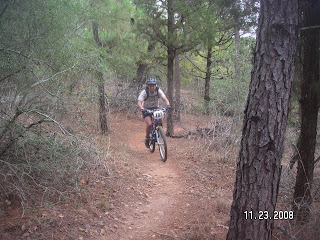 Jason did a relay with his step-dad Mike. It was Mike's first trail run! He did awesome. Jason also kicked some butt as he passed a bunch of people on the bike: 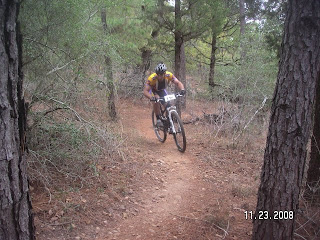 Later on the bike course: 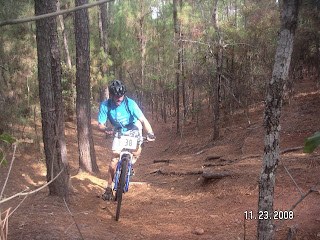 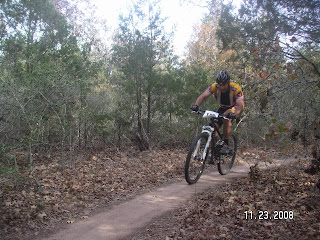 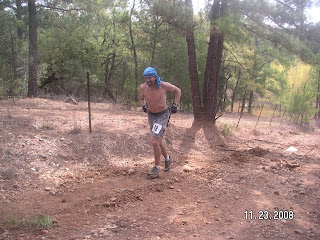 Mike on his second run: 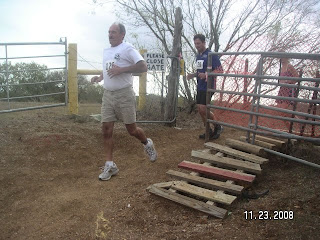 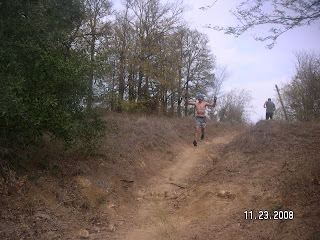 Lots of finger-pointing going around... 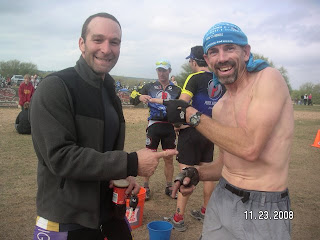 ...including at John's bloody knee (he fell off the bike trying to get his foot out of the cage): 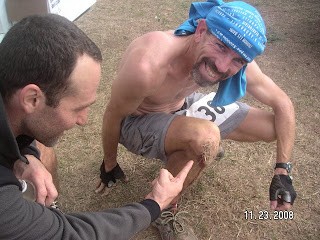 Jason with his Mom: 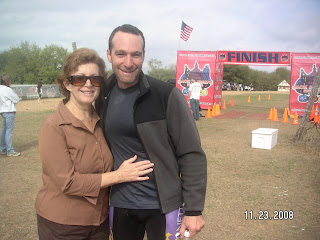 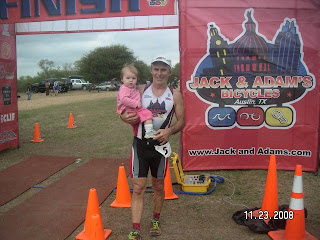 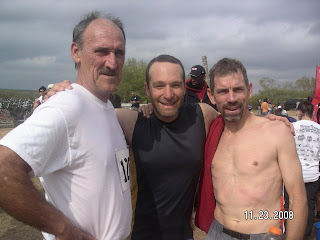 The BEST age group award ever - lightweight and burnable: 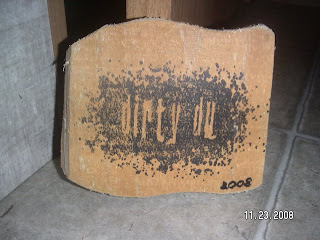 great pics! that award would make a great stepping stone in front of our barn ;)
s