Well, the time had finally come to race for 10 grand - after many weeks of prepping and fretting, it was down to this...

I'm working on a more detailed race report to follow soon, but here's the summary:

In the super-fast morning race, our Austin Mob qualified 5 out of 6 of our teams in the Elite Eight finals race! That was a huge accomplishment, and it set the stage for a fun afternoon.

The finals race started with a blindfolded bus ride (we were blindfolded, not the bus) out to the middle of nowhere (Bum-F***-Egypt, according to John). Everyone started with a jigsaw puzzle, then ran miles and miles and miles to get back to the Strip. The first half ended with an AWESOME roller coaster ride at New York, New York, then we did a set of logic problems in a conference room. The final set of clues went extremely fast, all our teams were zig-zagging back and forth in one small area, our ground support seemed to be everywhere at once, then it was every team for itself trying to get back to the Rio as fast as possible.

Kip and Dave (Team Vignette-KD) got back first, but missed one required photo. John and I were next to finish, and we had all the right pics and stuff, so we won! WOW! What a weekend! I have to say, our "mob" of Texas racers and nationwide support crew is an urban racing force. Occasionally we do slip up, but (mostly) not this time. We were on top of our game, and it was good timing, because we took home a big prize. And had a bunch of fun in the process!

More photos to come in the race report, but because I can't help bragging about our scouting, here are a few CP pics: 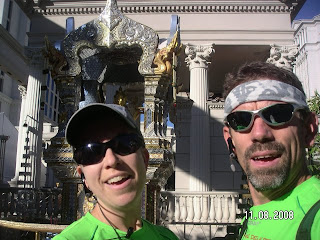 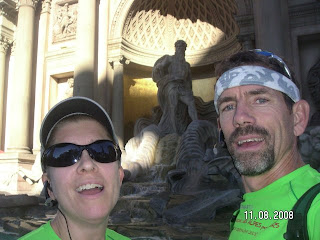 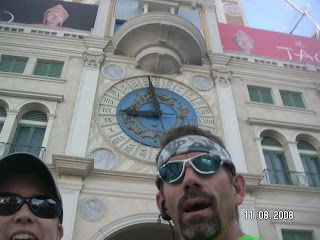 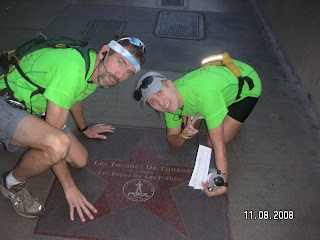 Plus my favorite shot from the whole day: 20 or more people with us in front of the MGM Grand lion (You'll have to trust me on the lion part - apparently it was good enough for Joe the race director!): 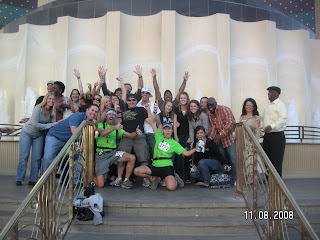