Today was a "long biking day" so we got a trail map and drove to Sedona. There are a ton of bikeable trails there, and some really pretty red-rock scenery.

We got off to a rocky (and cactus-y) start on the trail along the backside of the airport. I'm not sure who decided this is a "moderately difficult" trail when they put that description on the map, but I'd like to have a word with him/her. The ratio of walking to riding was quite high, especially near the end of the runway. On the bright side, the views were awesome and it was interesting riding on a narrow trail on the side of a hill (John enjoyed that more than I did).

The next trail we took was unnamed (not a good sign) and even worse than the first trail - carrying the bikes over rocks and through cactus is stupid, even more so when it's not part of a race. Finally the trails started improving, from Ridge to Carroll Canyon and finally Herkenham up to the high school. We were mostly riding now, much better!

An easy Red Rock Loop trail and a road led us to Red Rock State Park where we bought sodas and Oreos. I love Oreos. When we started on Baldwin trail and it felt just like Texas terrain (dirt and flat rocks with small steps), I was really happy we hadn't given up on the whole venture.

Then we found Templeton trail. It started slowly, climbing over rocks next to Oak Creek and climbing switchbacks up to a ledge under Cathedral Rock, but then it turned out to be a ton of fun, riding large slabs of red, flat rock. Very cool.

Here's me being happier: 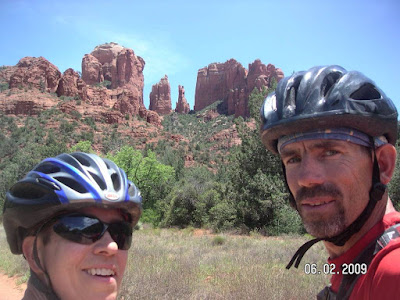 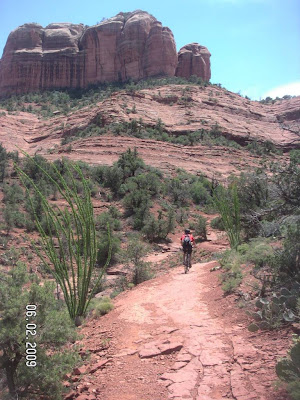 We'll be riding in this area in the distance a bit later (Courthouse Butte on the right): 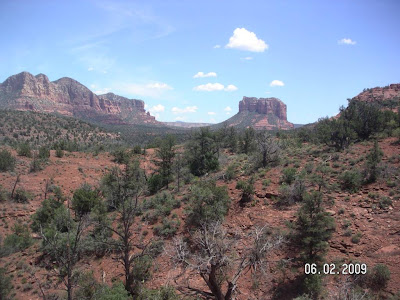 I can see you in the Ocotillo! 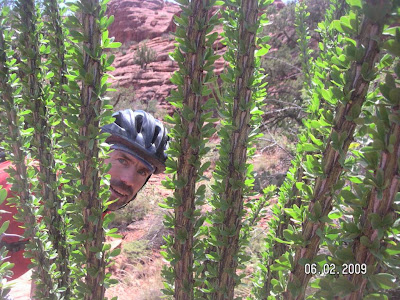 Fun on the red rocks: 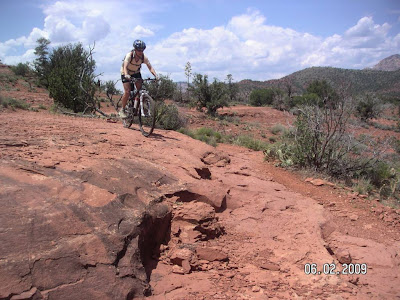 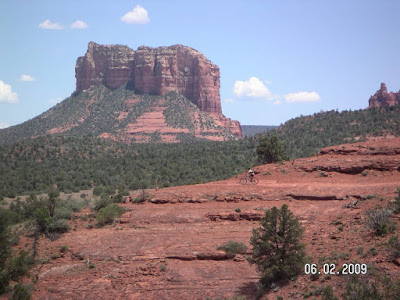 We rode some easier trails (Bell Rock Pathway, Big Park Loop) and found more fun singletrack on Little Horse. I even got slightly airborne a couple times (on purpose).

A flowering Century Plant - we hadn't seen one before: 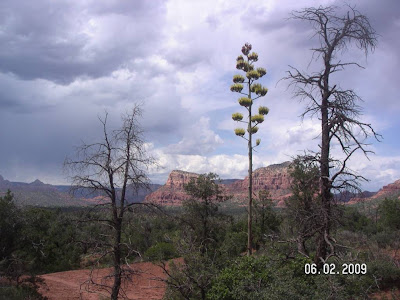 At the base of Twin Buttes: 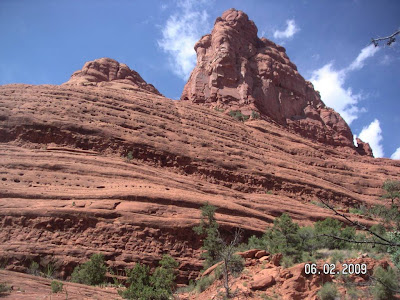 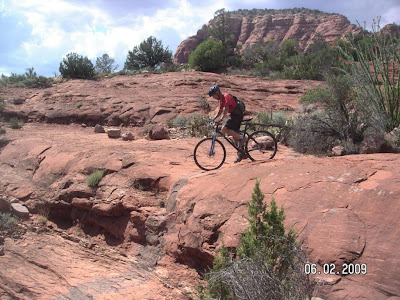 The Chapel trail was slow for me (too rocky), but short at least. At the end of it we found this: 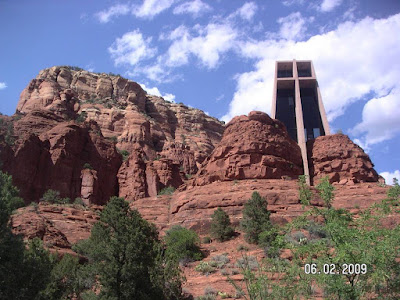 Coming back into town we had a fun ride down Mystic to finish off the day. 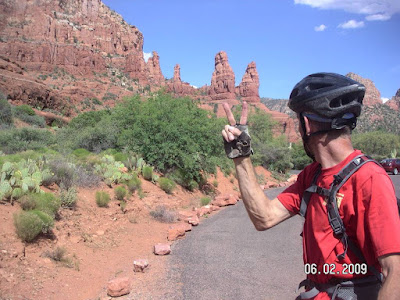