Yesterday was another fabulous day in Moab with Kathy and Bob. We went out to Fisher Towers and made a loop up near the La Sal Mountains. 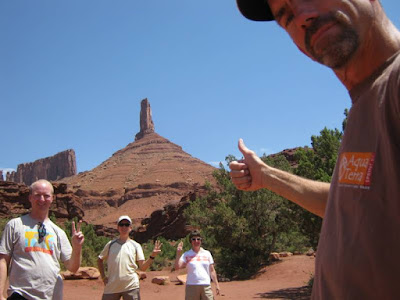 Here's how we could bring George (our Geo Tracker) along in the summer: 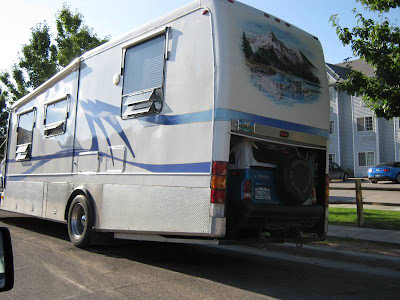 A bit of bouldering in the Big Bend (Utah's version) area... 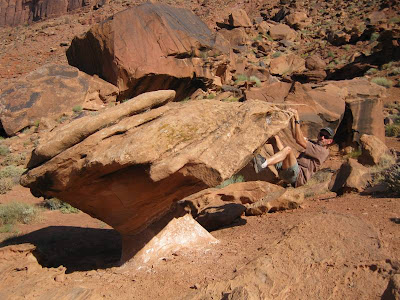 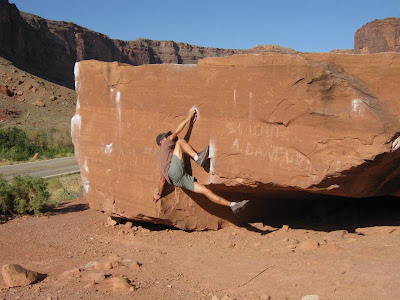 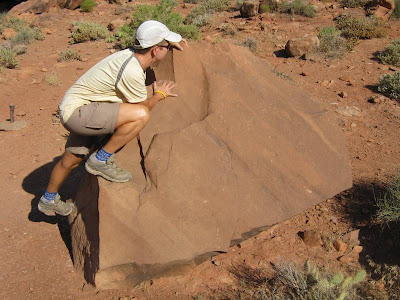 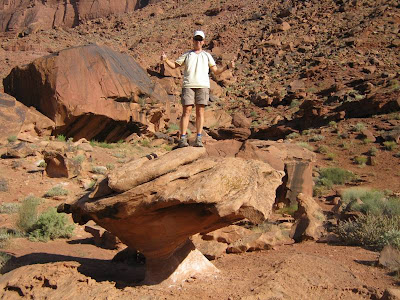 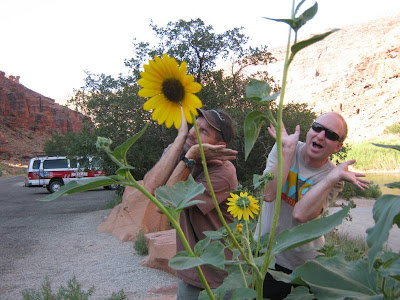 Funky geology around the Fisher Towers: 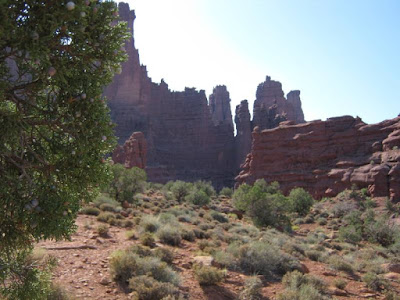 Yoga on the Rocks (from a distance): 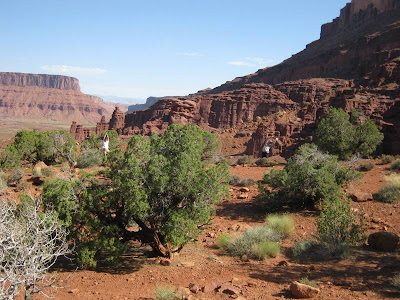 Yoga on the Rocks, John-style: 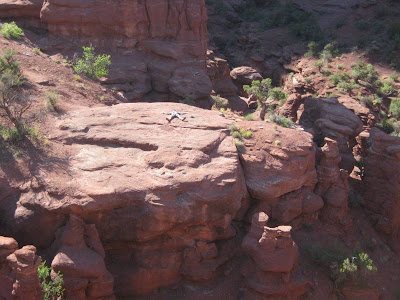 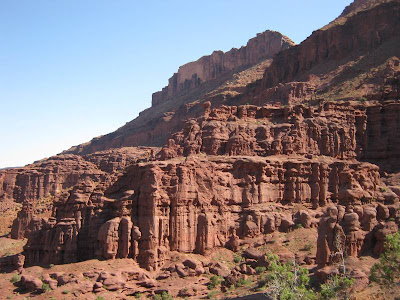 We stopped in at Red Cliffs Ranch, very pretty location, and they have a film museum (lots of films and commercials have been made in this area): 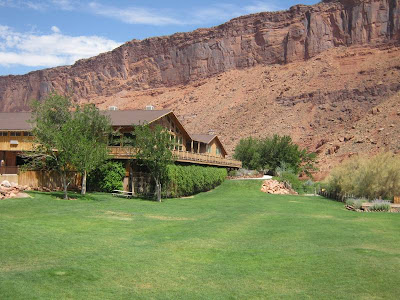 And we found this on the wall! Cool! 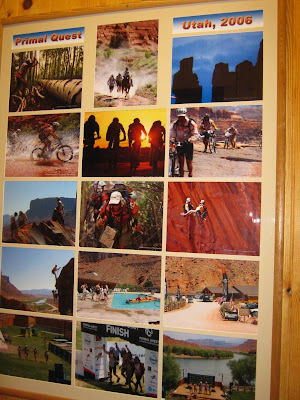 One of our favorites (we had to pick it up yesterday to watch it again!): 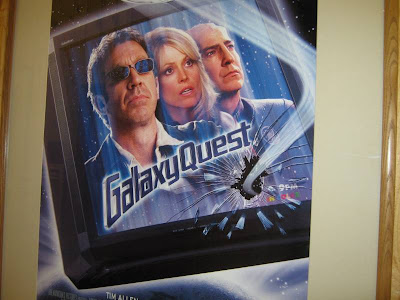 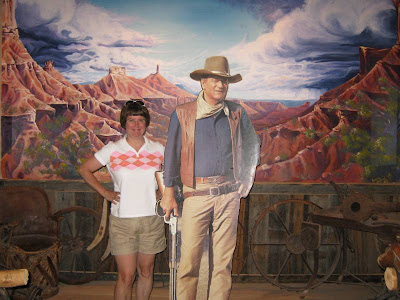 John with the crash test dummy that went over the cliff in the Thelma and Louise movie (it seems to be none the worse for the experience): 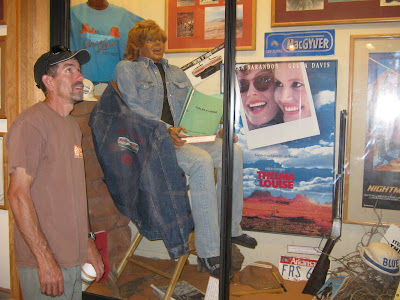 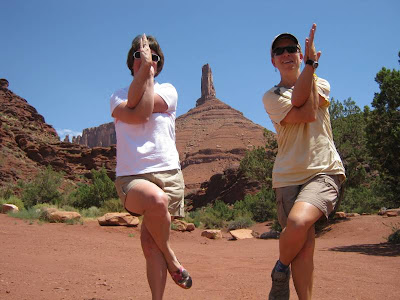 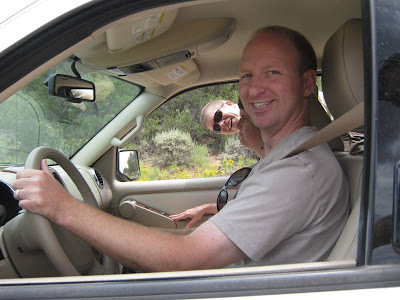 Pretty aspens at the higher elevations: 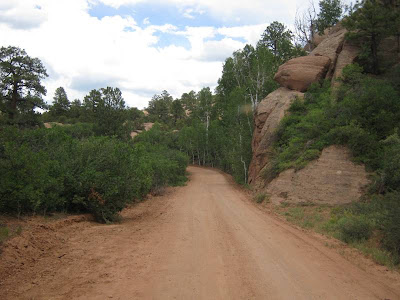 Hmm, I wonder if we took a wrong turn back in Albuquerque: 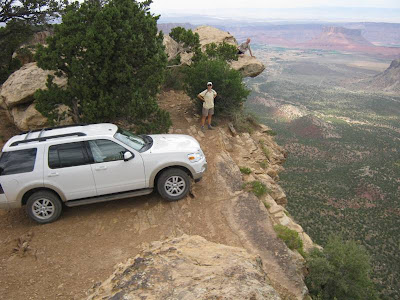 Pretending we are filming a jeep commercial: 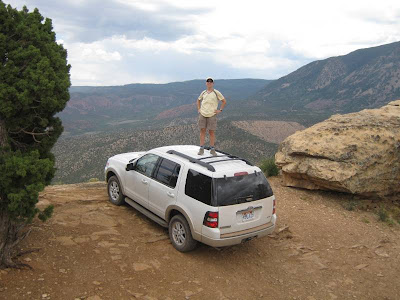 Bob wanted to go off-roading here, but we nixed the idea: 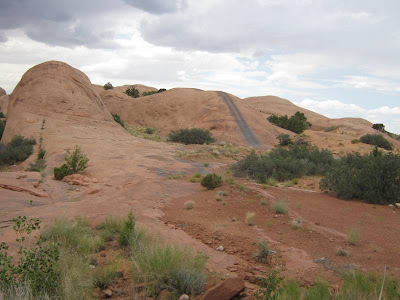 Stay tuned for more Adventures in Moab!
Posted by Marcy at 2:30 PM

cool Pics. Red Cliffs Lodge seems to be the Adventure Race headquarters for most MOAB based races. It was for PQ in 2006.