Quebec City and a marathon

Last weekend John and I traveled up to the Great White (well, not quite "white" yet) North to get a quick tour of Quebec City and then run the marathon there the next day.  We have always enjoyed seeing new cities by running marathons, and I'm happy that we're still able to do so.  It's a fun pastime.  I spent several years running trails and believing I couldn't run a marathon on pavement again, and it's nice to be proven wrong about that.

A few scenes from walking around on Saturday: 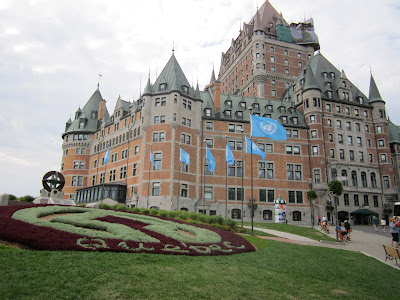 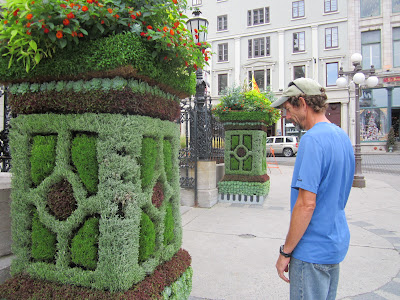 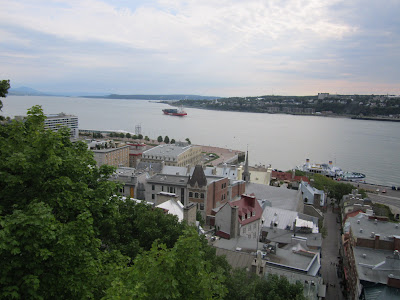 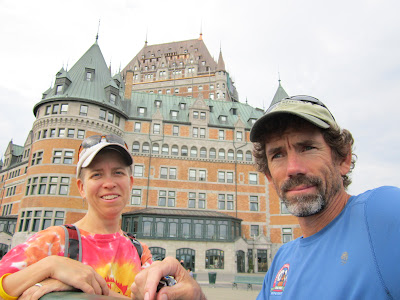 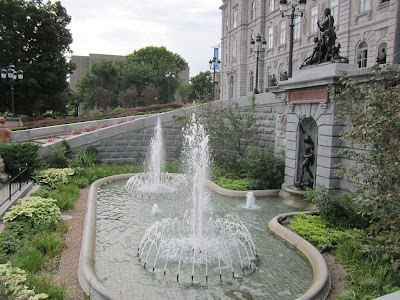 Rue Saint-Jean has a lot of great little stores and eateries.  We had fun going grocery shopping and found some items we had not seen since living in France.  Also enjoyed a delicious lunch of galettes and crepes at Le Billig.

Someone has a bilingual sense of humor: 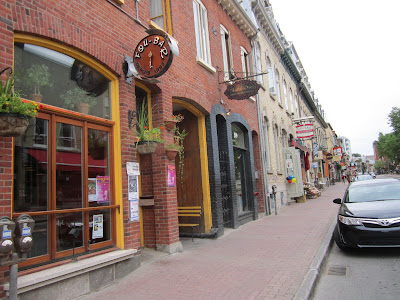 Rue Saint-Jean in the old town: 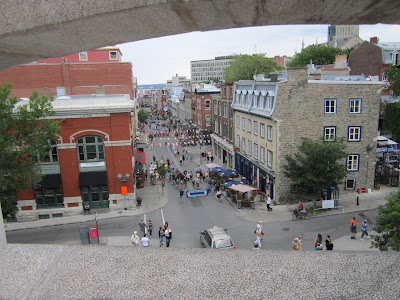 Looking down from the fortification wall: 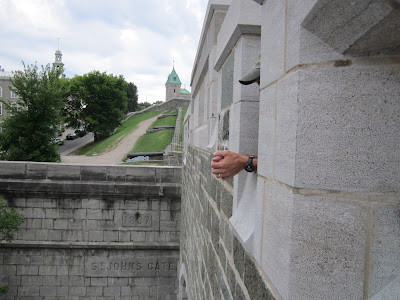 How far are we running tomorrow?? 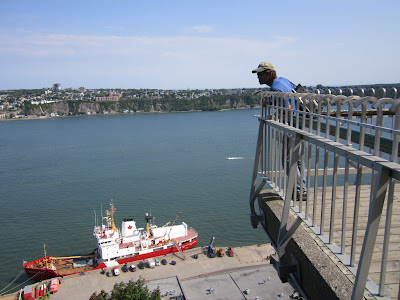 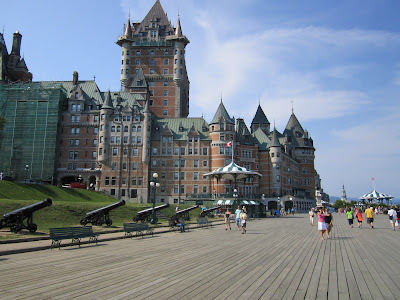 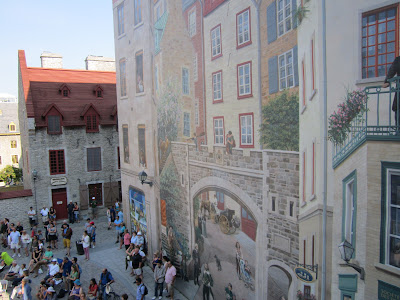 Our races started out great but went a bit downhill (NOT literally) in the last half.  Typical late-August Quebec City temperatures are in the 60's, but we were stuck with a hot day that got up into the low 80's.  The beginning was marvelous, a pleasant run through the town(s) of Levis on the south side of the St Lawrence, a gentle downhill slope for several kilometers, and a wonderful shady/cool/head-winded jaunt along the river next to the cliffs.  The Levis crowds were very excited and full of encouragement and cheer, a nice surprise.  We also enjoyed hearing all the French being spoken around us.

Both John and I ran excellent half marathon times.

Then the "fun" started.  First some uphill to get to the bridge crossing the river, which we expected.  Then the full force of the mid-morning sun made itself felt.  The race had a rather late start of 8:30 a.m., which didn't help matters.  The bridge crossing was the highlight of the 2nd half of the race - way high over the river, no traffic, a side wind and plenty of shade.  Finally it was back into the sunshine where we would stay for the last 14 kilometers.

On the bright side, kilometers go by way faster than miles.  I like racing in metric  :)

I think the hardest part of the finishing stretch was the slight tailwind, nothing to cool us down except an occasional hose water spray.  Somewhat of a furnace, really.  The heat coupled with the earlier effort level made it a bit of a struggle to keep running.  It is way more fun to start a marathon slowly and then speed up (a la Vermont City) instead of vice versa!

Toward the end I found John waiting for me - he had been having problems of his own, but by the time I got to him he was doing much better.  We walked/jogged the last couple kilometers together, and that was pretty special in itself.  Plus we still broke 4 hours  :)

This link may not last forever, but at the moment it has a few photos and even a couple videos of me and John during the race:

Thank you to the race organizers for a chance to race in Canada!  We will surely remember this experience.