We spent our anniversary Sunday on a special day trip to NYC to see the Maker Faire.  What an interesting and entertaining event!  So much going on for kids of all ages and anyone who likes to engineer and build things.  I'm more of a "watch John and make suggestions" kind of an engineer, so naturally I was the one taking pictures  :)

We would love to set up a bicycle-powered something to turn an indoor workout into something useful.  Maybe generate enough electricity to charge our iPods?  If we had to pedal in order to keep the TV on, now that would be some incentive.

Or we could grind up some wood chips... 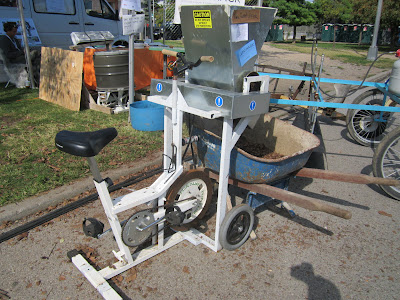 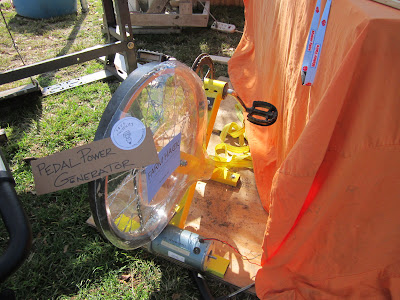 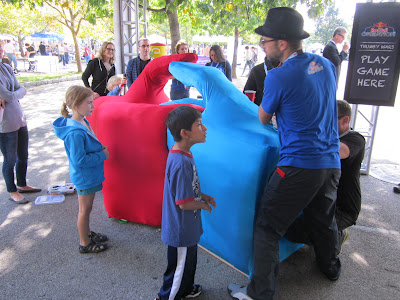 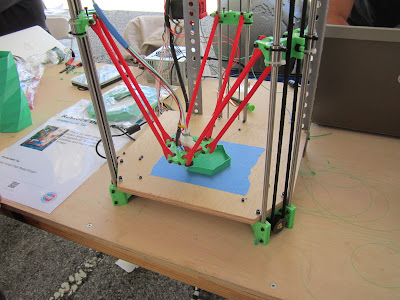 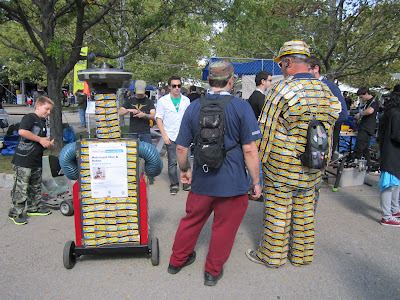 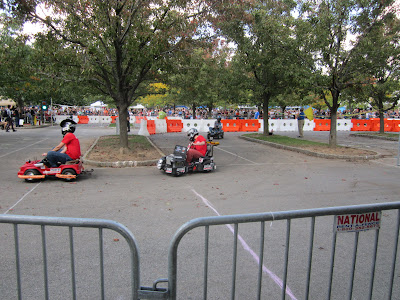 Team FUBAR - they were not fast but after an hour they were not last!  Other cars had mechanical issues and some were taken out by a major rainstorm toward the end of the race, but these guys kept on truckin' 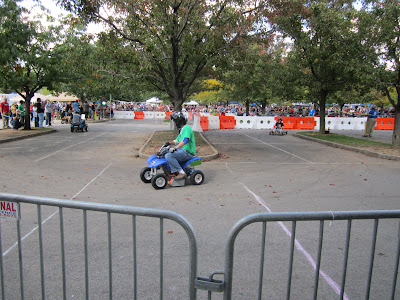 Remote-controlled quadcopters seen up close - these things are cool: 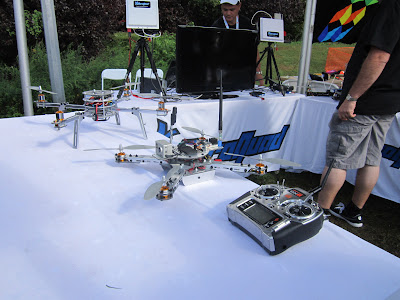 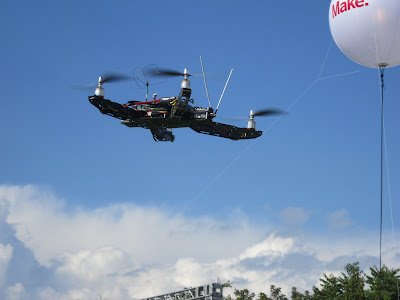 Not sure what this guy was doing, but here it looks like he's interviewing the quadcopter: 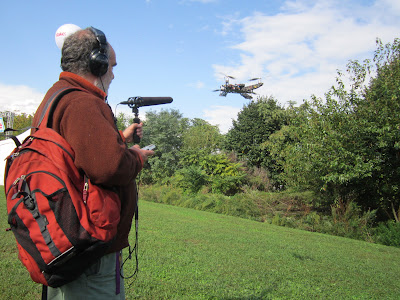 A short video I shot (notice the GoPro on the front which provides a video link back to a monitor screen so they can fly it out of visual contact):
http://www.youtube.com/watch?v=jXL7QNPFo60 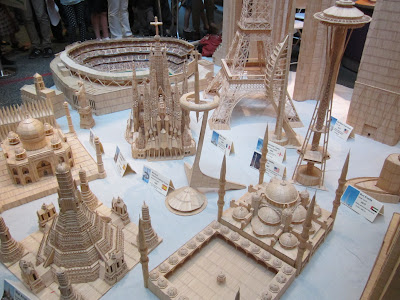 The exciting Coke Zero and Mentos demonstration - waiting for it to start: 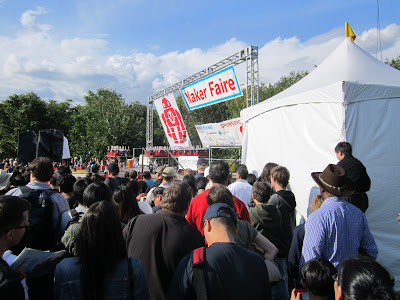 This video is longer but I had fun in my first foray at capturing a show on film:
http://www.youtube.com/watch?v=vsu7l5N9qgY

Thank you guys, that was great! 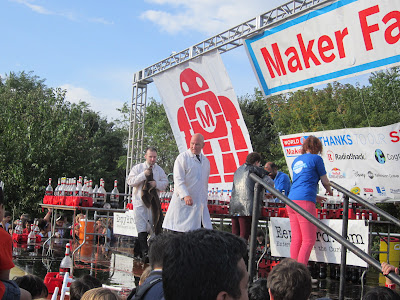 Afterwards we wandered down Roosevelt Avenue debating which Hispanic restaurant to try, and we ended up in a Peruvian place in honor of our friends who are currently in South America paddling the Amazon River.  It was an interesting menu, and an even more interesting seafood stew.  Lots of fish (or meat, in the case of my beef stew) and rice, not a lot of vegetables.  But the food was flavorful: 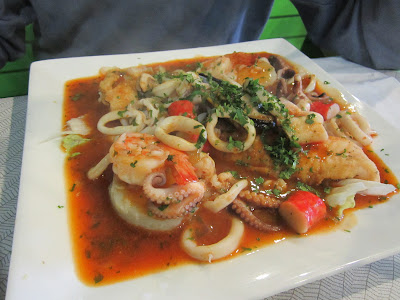