One final exciting weekend of "Science Autumn", this time we got to see machines tossing pumpkins (or "punkins") as far as possible.  Cool!  Kathy and Bob invited us down to Delaware for the annual World Championship event and we were very psyched to get to join them.  It's so awesome, even MythBusters shows up to film it. 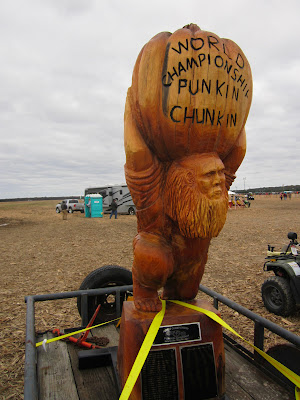 Air cannons lined up and ready: 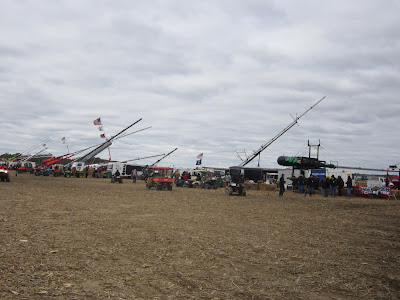 These things can blast a pumpkin high into the sky - and almost a mile away.  Totally cool to watch! 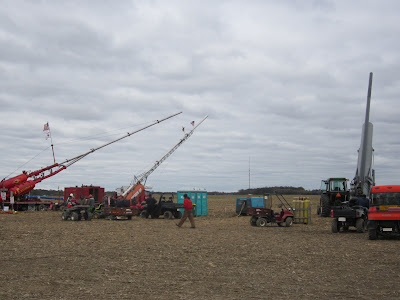 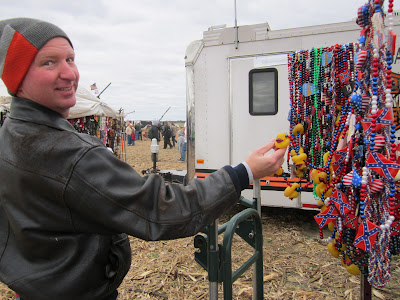 An event made for people watching.  Lots of camouflage, beers, and costumes. 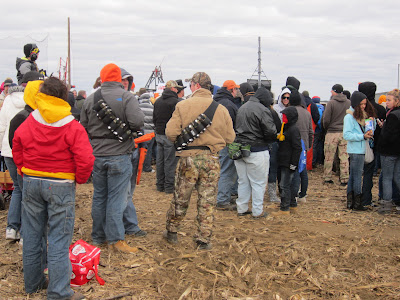 Dressed warm and having a great time! 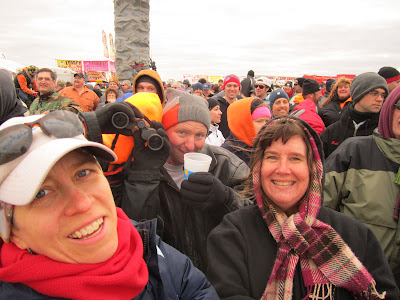 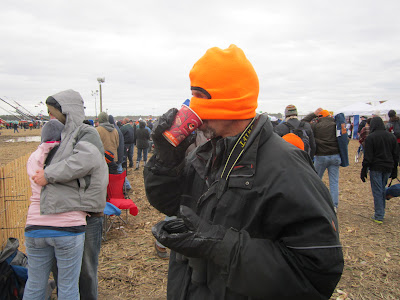 A couple close-ups from Bob's camera: 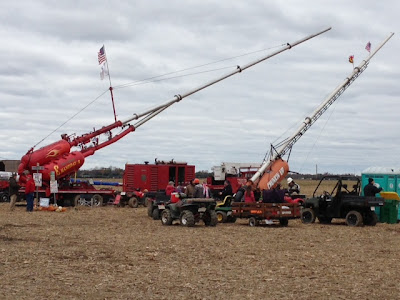 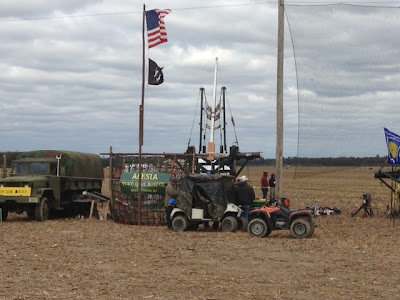 Kathy's photo of the TV camera boom that followed the action: 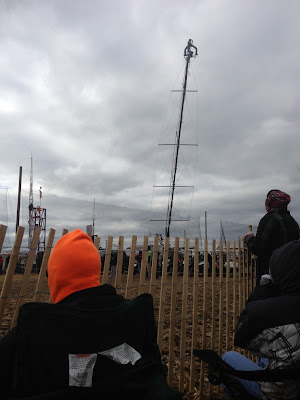 If you can catch this on Discovery Channel, it's worth watching.  All of the stories from behind the scenes, the details of the competition, great looks at the various types of chunkin' machines from catapults to trebuchets - quite fascinating.

I tried to get some video footage, just for a small taste:
http://www.youtube.com/watch?v=BYGIpuJHwCo

With a special "Punkin Head" appearance at the end:
http://www.youtube.com/watch?v=LtoFaXK0MZE

The punkin isn't visible, but it took a nose dive in the dirt in front of the trebuchet - oops!
http://www.youtube.com/watch?v=i5gb3LnBPdQ

The next day on the way home we spent a couple hours at Hillwood in DC, including a fun tour given by a Russian lady with a great sense of humor.

On a whim we tried to seek out the high point of Washington, DC.  Based on old beta we ended up at the fence around Fort Reno.  Further investigation after-the-fact shows that the 2007 survey marker is actually on a small hill nearby.  I'm sure we'll be back in this area to get the proper photo.  So for now... 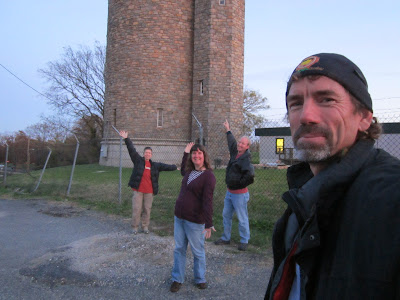 We had a lovely weekend, thank you Kathy and Bob!!