John and I recently did a Challenge Nation urban race in Baltimore.  It was our first race in that city, and it was something new in a couple ways.

The clue sheet was rather different, for one thing.  Many of the checkpoints were not actual locations, but scavenger-type challenges.  Hmm, not exactly our forte.  I guess we should work on that!

One of the "fixed location" clues was this giant ball that you can spin at Ripley's Believe it or Not - cool! 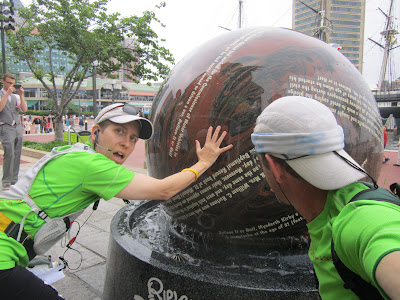 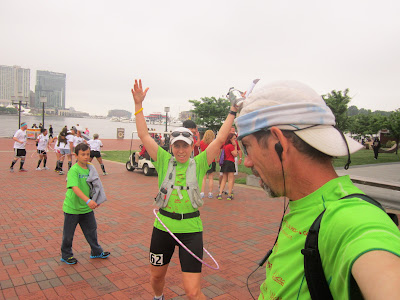 We found an old-style parking meter where you can drop in coins to help the homeless - an excellent concept: 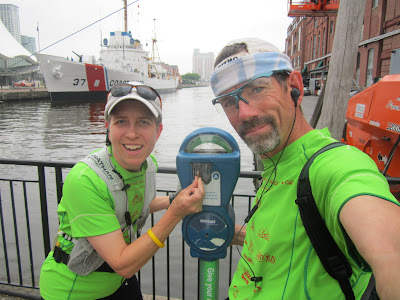 Now for some tougher ones.  First was easy, as this very nice policeman was posing with any team that asked (with our lopsided "Charlie's Angels" stance): 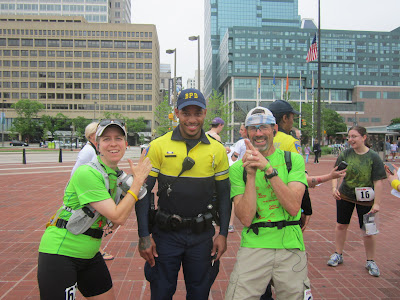 We glommed onto a couple other teams taking a mock wedding picture (someone had a flower??) in front of the USS Constellation: 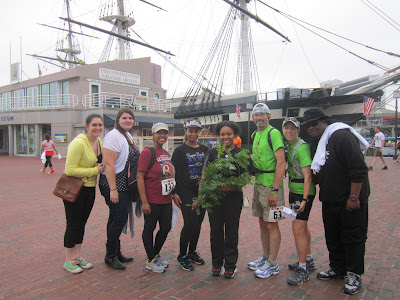 Teams were using the outdoor amphitheater at the waterfront as a "theater" to reenact a scene from an Oscar-winning film, in this case Titanic.  We traded photo-taking duties in exchange for our picture.  Someone was very creative in coming up with this pose (it wasn't us, you can be sure of that). 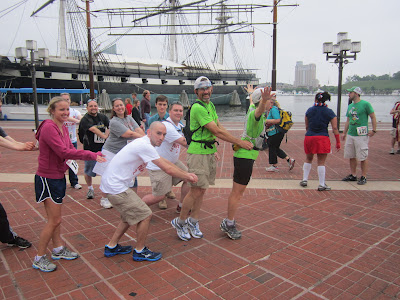 Now we needed our picture with an image of any president that is on Mount Rushmore.  I had this idea that the Washington Monument at the top of the hill would be perfect for it.  Heck, you could see it from all the way down at the bottom of the hill at the waterfront.

Well, theoretically it was perfect.  In practice, taking a picture from a distance of a grey statue on a grey day with grey clouds behind it, well, that doesn't work with a little camera.  At least we couldn't see it on the camera review screen (which is what matters at the finish line).  So we spent a few minutes running up a couple blocks, trying again, running, discussing, getting a little sidetracked with a separate question, running some more, finally agreeing that this photo better work because this is taking way too much time: 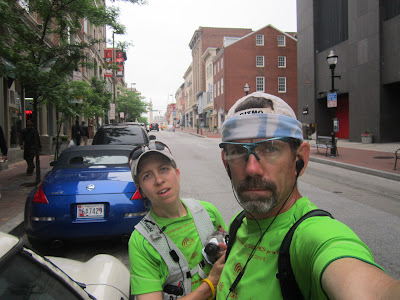 That's not completely what lost it for us, but it is #1 on the list...

OK, let's see what we can salvage.  We returned to the CVS on Light Street that we had visited pre-race and met the same really nice man working there who helped us find a postcard to mail.  Thank you sir!

And there were plenty of US mail boxes around: 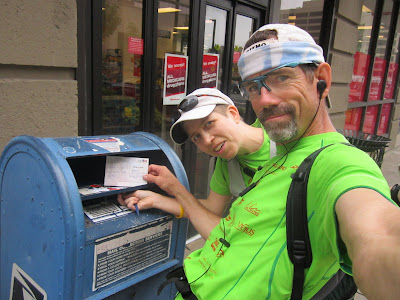 Our crew came up with a barber pole - nice!  And it's so cute too: 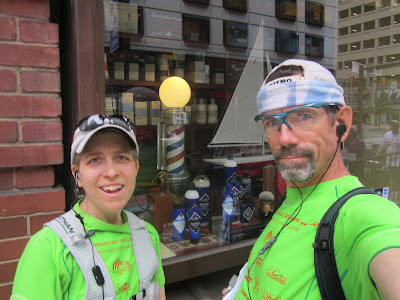 John with his Texas drivers license: 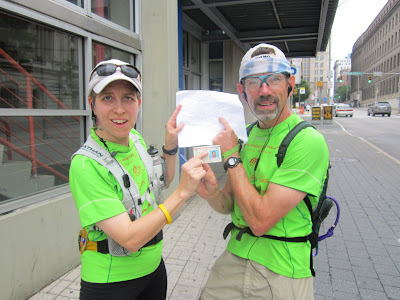 Another photo with props (I'm a fan of props) - pretending to have a pirate fight with another team at the Shot Tower. 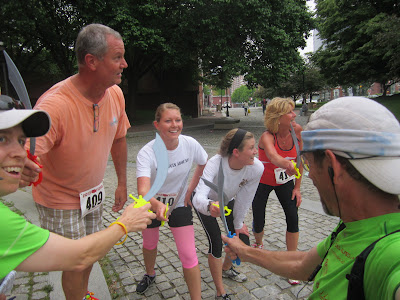 It wasn't a huge surprise that we didn't place top 5, but our fumbling and bumbling kept us out of the top 25 as well.  Congrats to all those teams that knocked these clues out so quickly!

We did accomplish a race in a new state for us, so that's something...
http://www.kipley.com/marcy/race_locations.html

And it was fun to explore Baltimore, especially along the waterfront.  Always neat to see new things.  Thank you to Challenge Nation for organizing an urban race here!