Wow, I'm pretty far behind on my blog stories.  A lot has happened this year, much of it unexpected.  The saddest event was losing my Dad.  Everything else pales in comparison, and that has made it easy to take the other things in stride and run with them.  For example, IBM recently made some cuts that included the last few months of my planned 3-year position, so I'm suddenly free to do other things this summer.  Immediately I knew I wanted to join John on his trip to Texas around Memorial Day.

It was such a lovely trip and we got to visit with many, many people that we have been missing during our temporary stay in Albany.  John's family in East Texas, folks in Austin and San Marcos, and a bunch of fun adventure racers at the Too Cool "Spread Your Wings" race at Camp Eagle.

I was really lucky to score a volunteer job with Art and Robyn for the race - thank you guys!  What a fun place to run around.  It turned super interesting when we awoke in the middle of the night before the start of the 36-hour race to a huge storm - pouring rain, big thunder and lightning.  What the heck?  There had been zero mention of this in anyone's forecast, but the dang storm showed up and stayed all night and morning.

Camp is situated out in the middle of nowhere down a dirt road that tends to wash out when there is a lot of rain.  So that happened.  Most of the 36-hour racers were already on site, but the "bus them to Junction" plan was out the window.  The camp people and race directors reworked the course to figure out a way to salvage the event.  The prologue was really wet, but eventually the rain stopped and the road was fixed and reopened.  By then the 36-hour teams had left for a long bike leg, and the sprint and 12-hour teams started arriving.

With all the craziness, it's amazing that Art and Robyn were still able to smile for the camera: 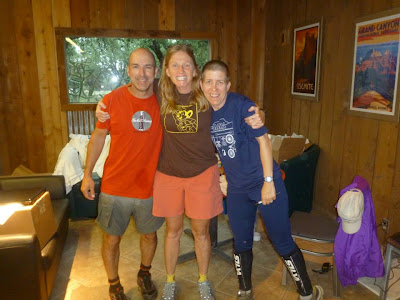 I got a job running an overnight remote transition area for a trek in the middle of the long bike leg.  One of the highlights was driving through the "safari" section of a ranch next door to get there.  There were all sorts of unexpected animals like different kinds of (possibly African) deer and antelope. 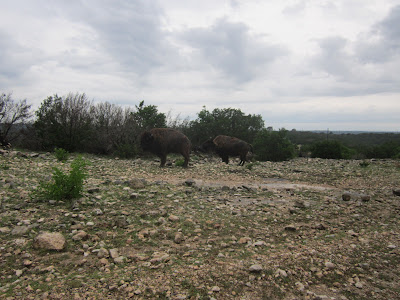 The teams didn't see these, too bad.  They trekked around the "normal" woods and eventually got back on their bikes to return to camp in the morning.  A beautiful moon came out and it was a great night to be outdoors.  I even got a little sleep.

Congratulations to all the teams who came out to Camp Eagle and made a solid effort at the races!  I didn't see most of the finishes, but I know the muddy conditions made things pretty tough.

I then got to tag along up to (and down!) the Mega Zip 3000-foot zipline flight.  Now THAT was awesome!!

Just have to get up to the tower to get started... 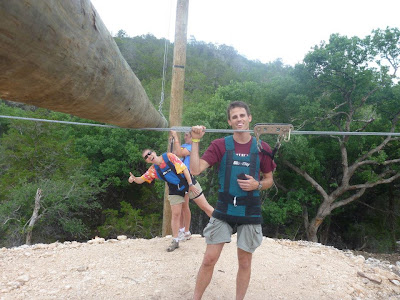 Other fun activities included picking up checkpoints in South Llano River State Park and helping Scott with this year's murder mystery.  The whole weekend was amazing and I'm really glad I got to go.

Back to San Marcos, then back to East Texas, then we got into the truck and drove it back to New York.  We're back to a 2-car family  :)

The hardest part of the drive was noticing things that we would have liked to stop and check out, but we couldn't because we had a race to get to.  We don't normally just drive straight through entire states.  Of course I started a list of the things we will have to see when we return.  I'm especially looking forward to exploring Tennessee. 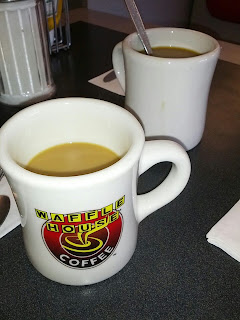