We had an excellent long weekend in NYC - so long and excellent that I had to split it into 2 posts (3 if you include the Xplore race report).  Not sure if we will make it back there before we depart from the northeast, so just in case we figured we should pack in most everything that we definitely wanted to see.

Thursday evening was off to a good start at our old favorite, The Hummus Place: 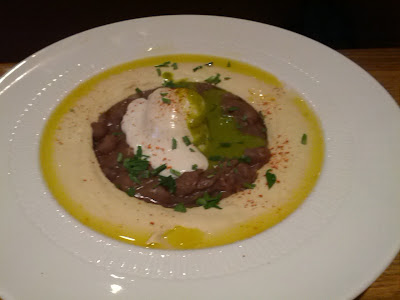 We had come down a day early to see a special screening in Brooklyn (more about that in my next post) but it was rain-delayed until Sunday.  So I poked around and found a show at the City Winery - Loudon Wainwright III was performing and we figured that would be fun.

I managed to pick seats at the next table over from the performer himself... I didn't think it was completely rude to snap a photo since he was about to go on stage (and we weren't quite sure it was him until he did): 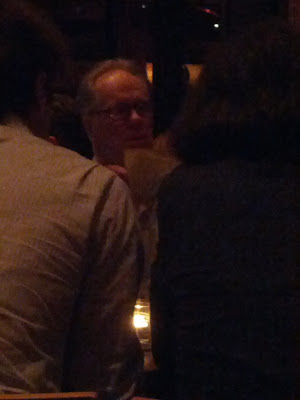 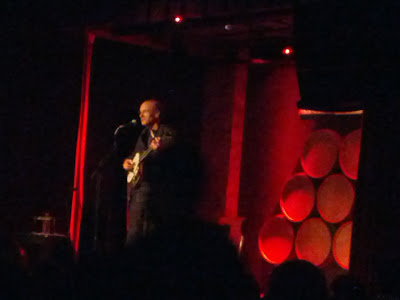 Then the large presence of Loudon and his amazing lyrics and guitar playing.  What a character!  We were amazed and amused.  Totally worth the entrance fee. 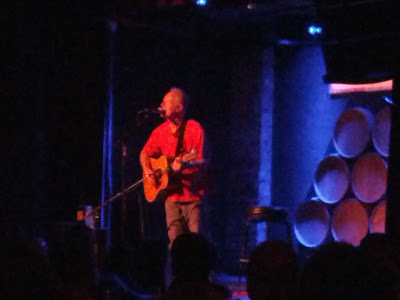 They sang together for a couple songs and were really good: 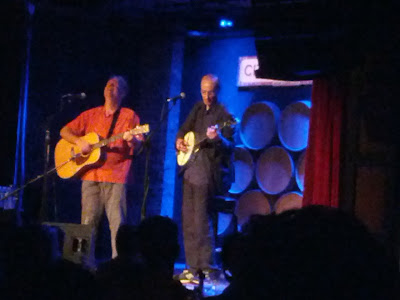 Thursday evening we had a one-night stay at the Midwood Suites in Brooklyn (due to the planned-but-changed concert) and we really liked it.  It is a bare-bones hotel but nicely done and newly renovated.  Breakfast at the Salud Cafe (Mexican organic) next door was excellent.

We spent Friday mostly scouting for the race Saturday, a nice day for walking around town.  While we were down at the south end of Manhattan to pick up our keys for the AirBnB place we were staying at next, John suggested a ride on the Staten Island Ferry.  Sure, great idea! 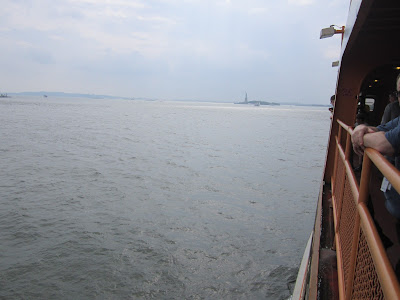 Also a good excuse for a little nap  :) 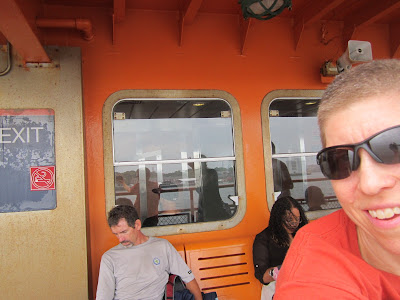 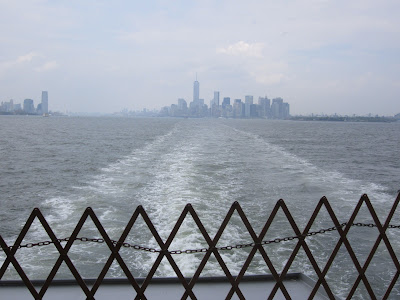 Returning ferry with the Verrazano-Narrows Bridge in the background: 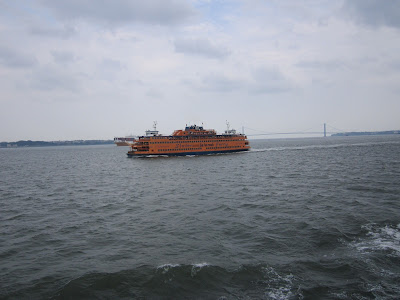 Somewhat gray view of Lady Liberty, but at least it hardly rained that day: 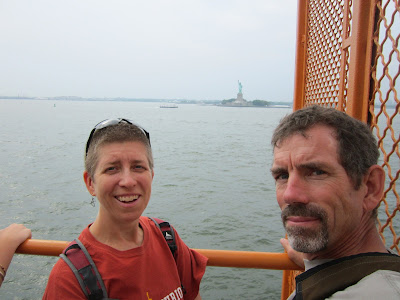 Back north... My first attempt at the Book of Mormon lottery (John also put in a ticket over at Kinky Boots), no go but fun to hang out with the crowd hoping to get lucky: 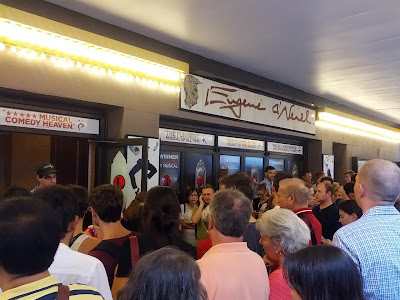 After that we tried the "free museum evening" for the first time, spending a couple hours at the International Center for Photography.  Their current exhibit of "A Different Kind of Order" was varied and interesting.  We hung out there until they kicked us out, then picked up our luggage from storage, grabbed a couple awesome slices of pizza from a place called Cer te (eco-friendly AND delicious), then jumped on a subway for a quick trip over to Long Island City.

We had not been in this area before, but it turned out to be a perfect place to rent a room through AirBnB for the weekend.  Close and convenient to Manhattan, quiet neighborhood, little shops, it seems like a place with a lot of potential. 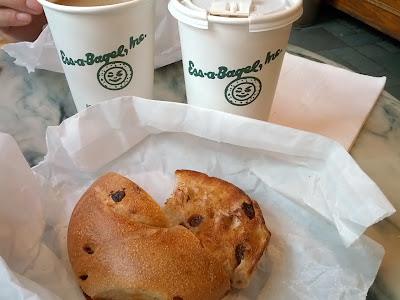 I still get hungry whenever I look at that photo.

Next up was the Xplore urban race on Saturday afternoon... more fun in the city!