After several weeks of thinking about (and driving and hiking near) various Colorado 14ers, we finally managed to make our way to the top of one.  It was so much fun, we hopped over to the one next to it as well.

In an attempt to see the sunrise from the top of the mountain, we got up ridiculously early and started at O-dark-thirty.  A couple minor miscalculations, and the sun was already shining (just barely) when we reached the summit of Mount Belford.  It wasn't for a lack of trying, although it's quite a steep haul up the trail (complete with rock stairs, making it seem like climbing a fairy tale castle in the dark).  We moved the best I could, but actually we were happy for sunshine when we got to the top.  It was ridiculously windy and we chilled off fast while eating our summit chocolate. 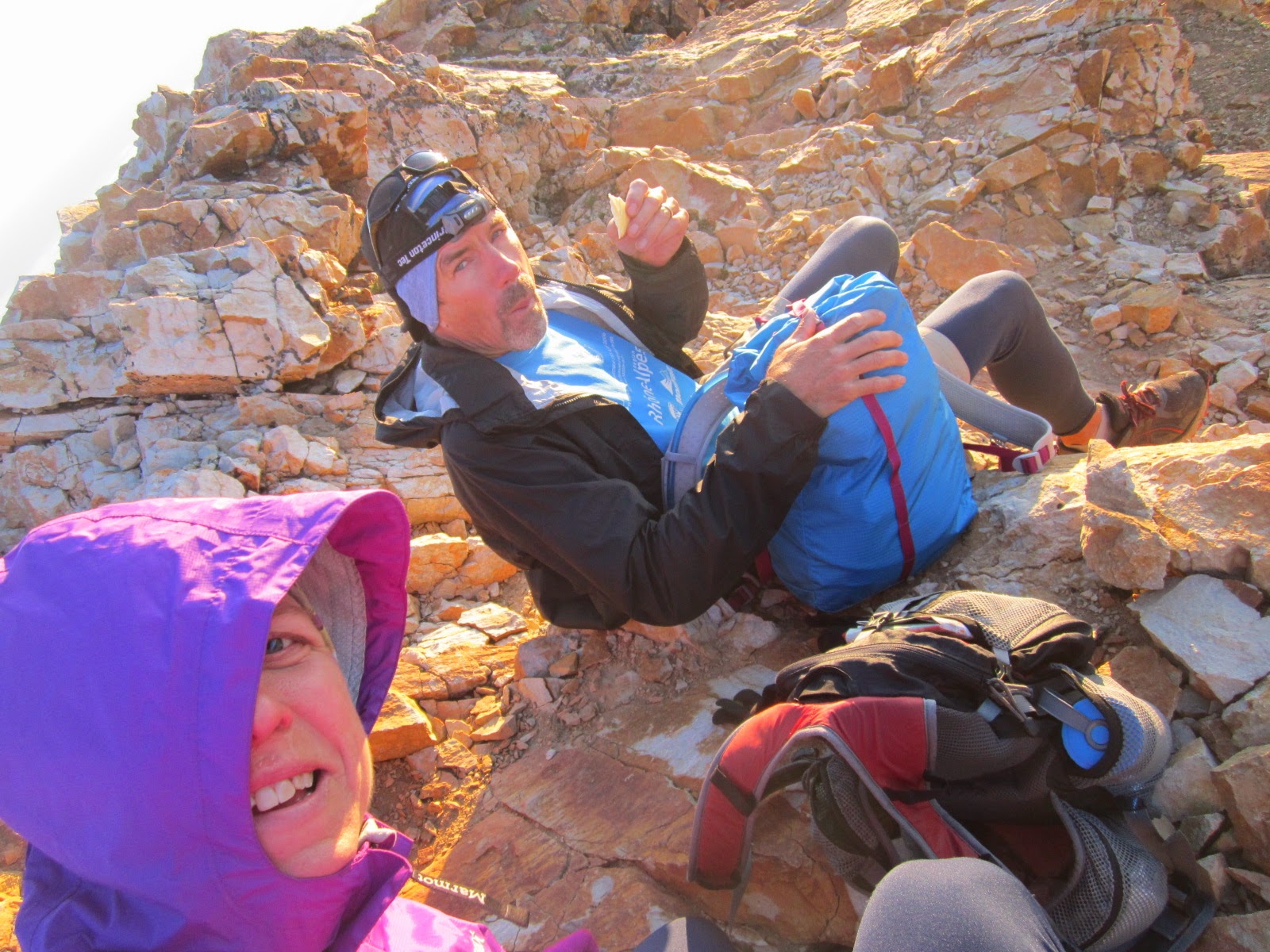 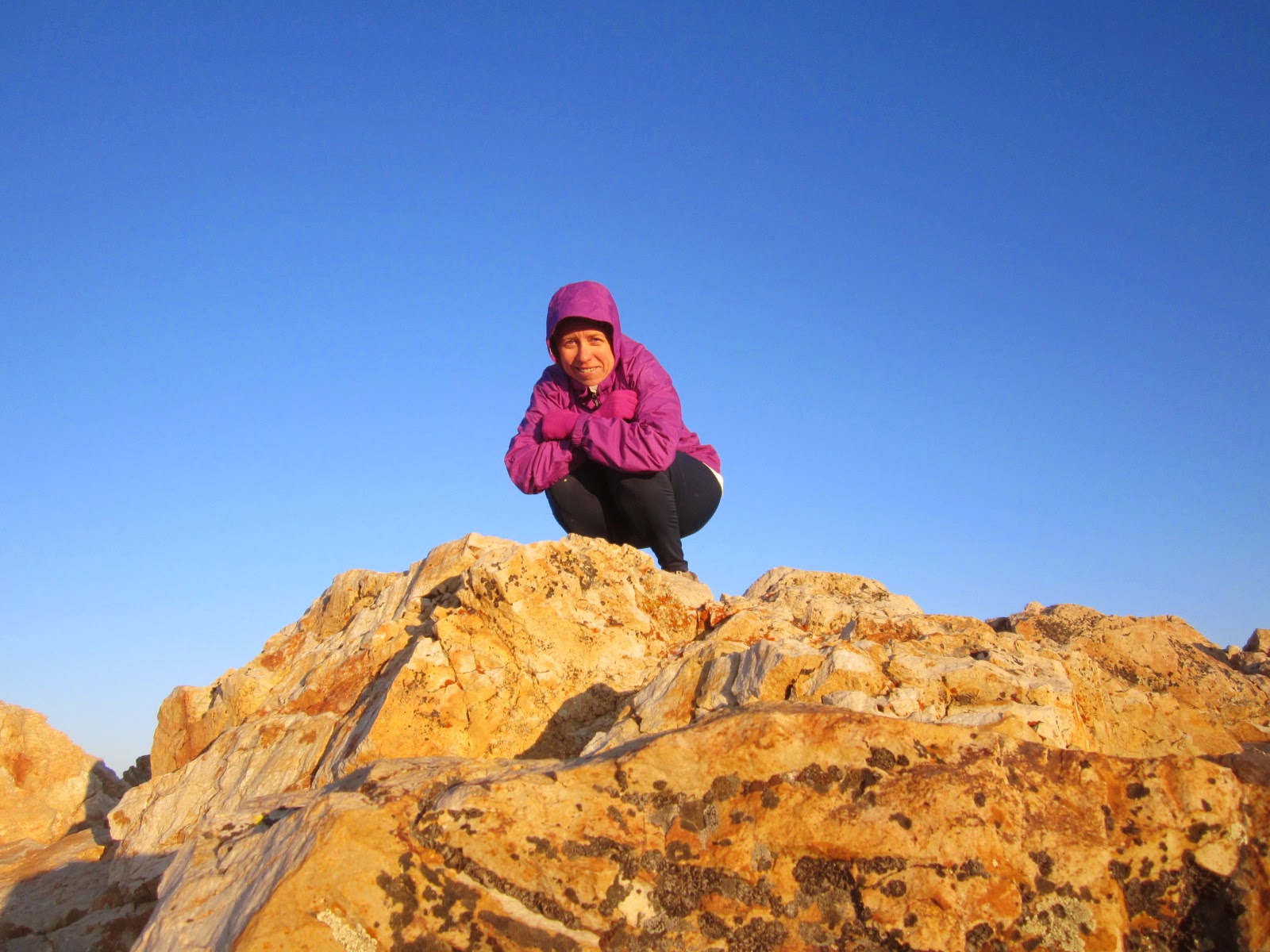 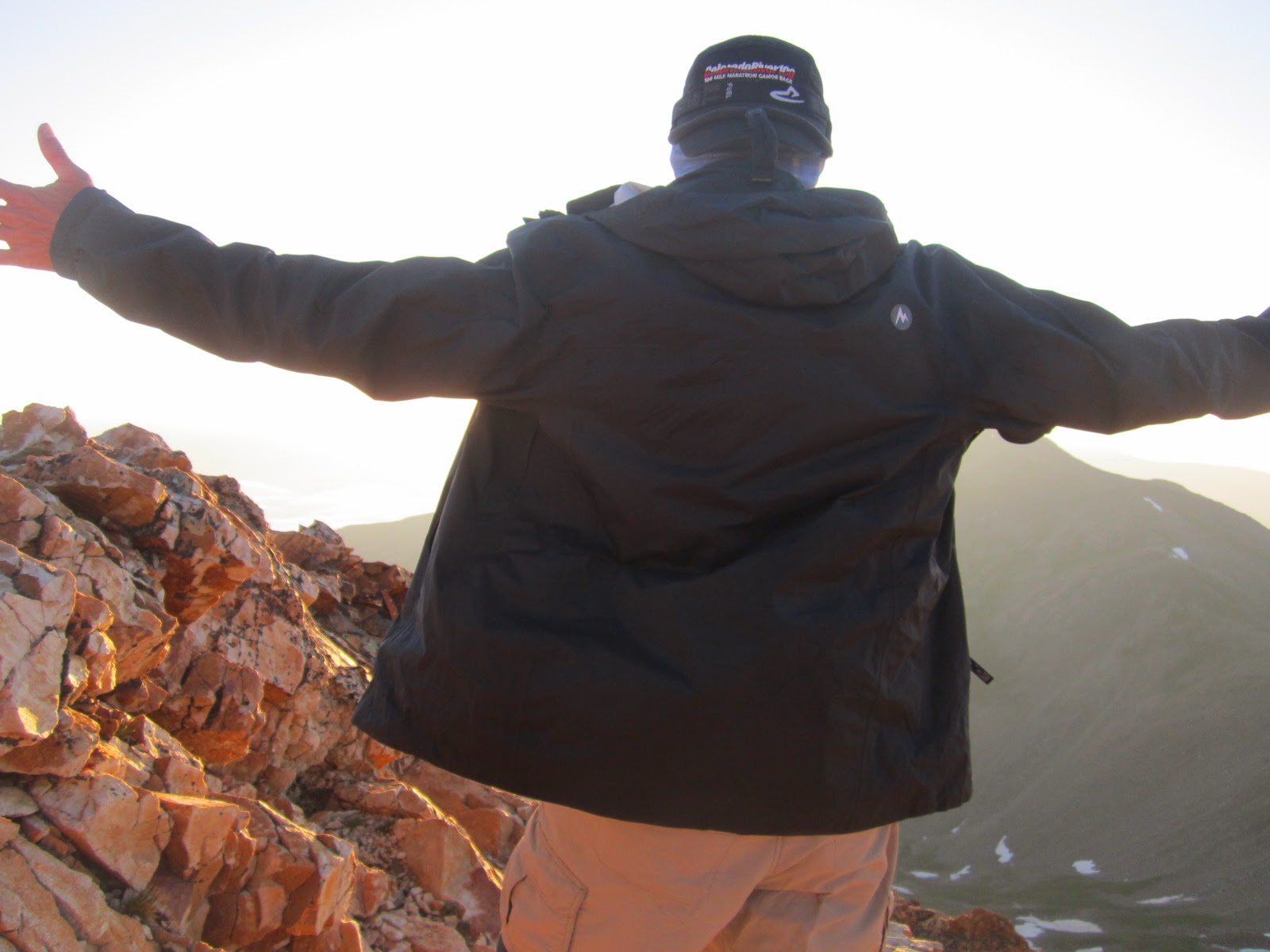 Down a steep drop to a saddle, then the trail over to Mount Oxford next door: 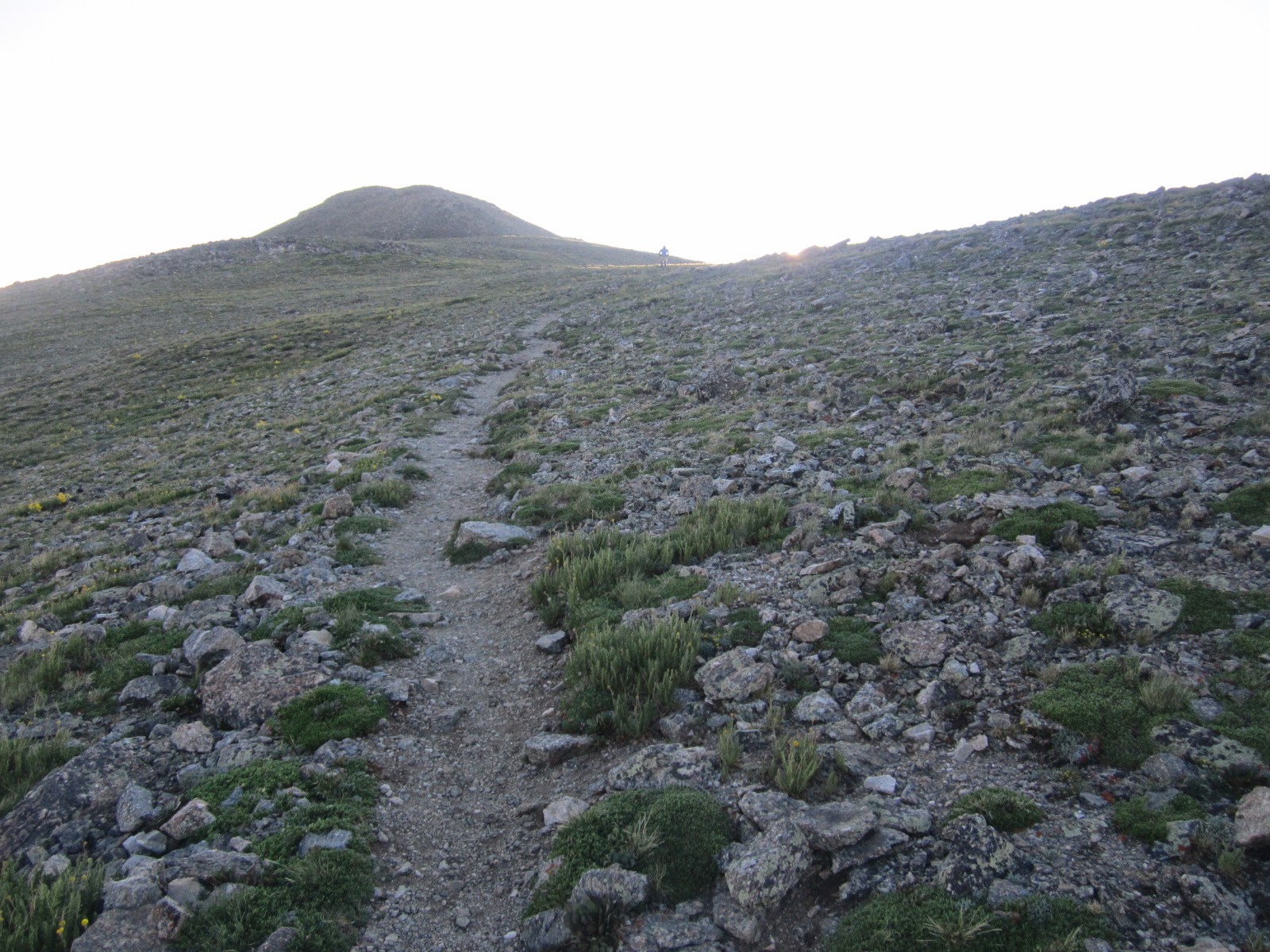 Looking back at Mount Belford in the glorious morning sun: 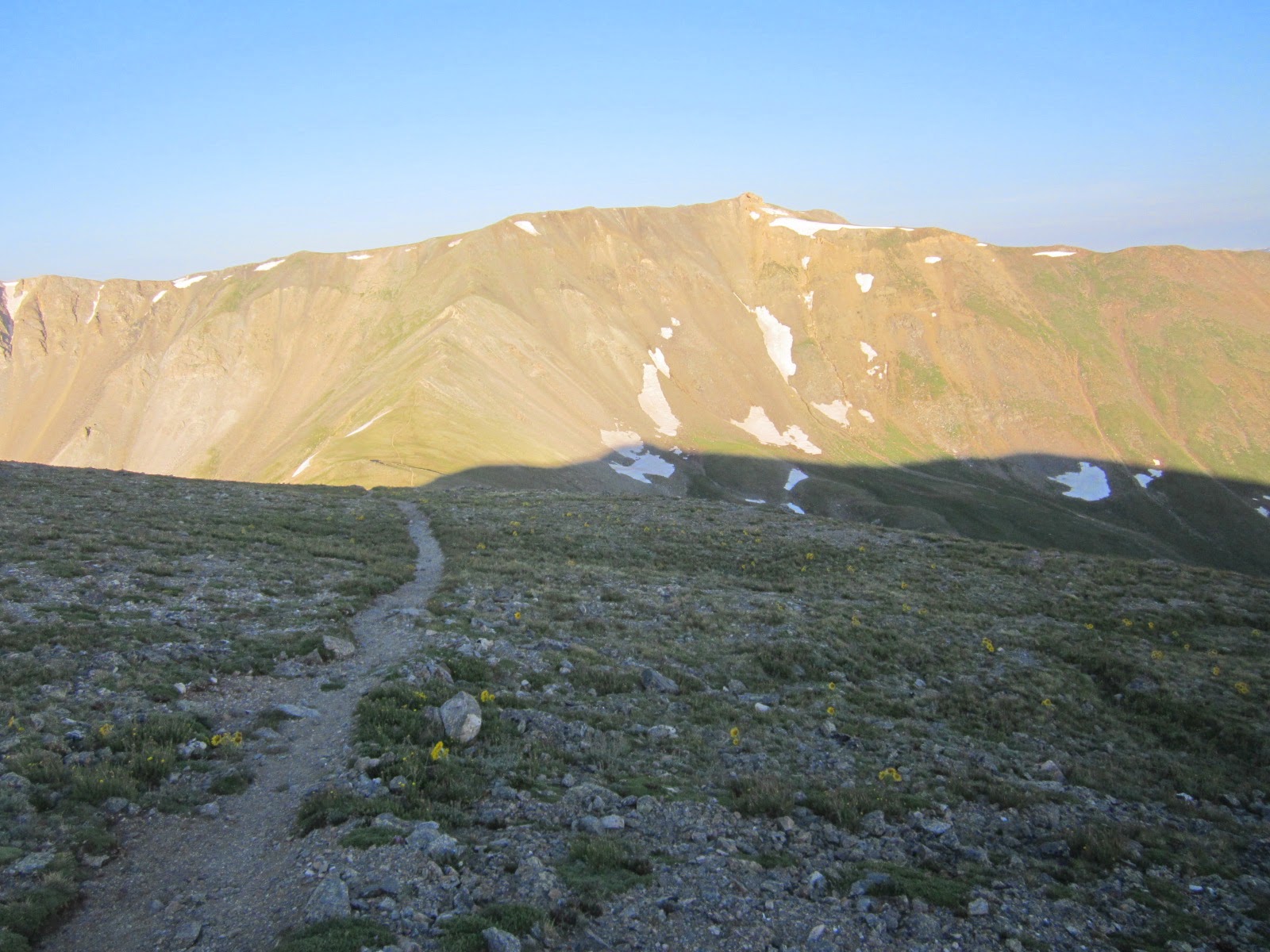 We found a huddle spot on the top of Mount Oxford, a little warmer now.  The impetus to jump up and go was watching a pika come check us out and then disappear under the rocks beneath our feet! 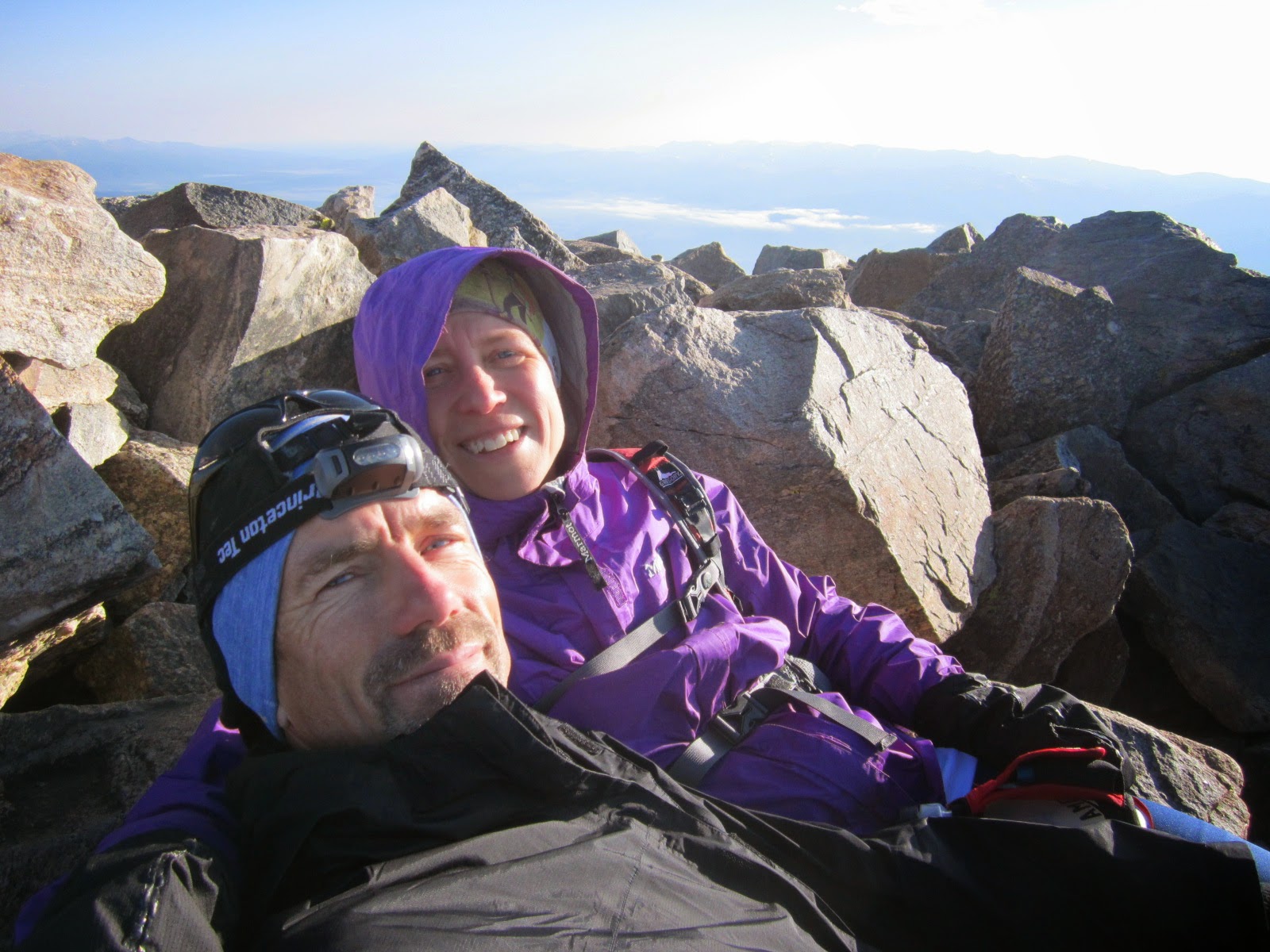 One more summit shot, John is ready to run again: 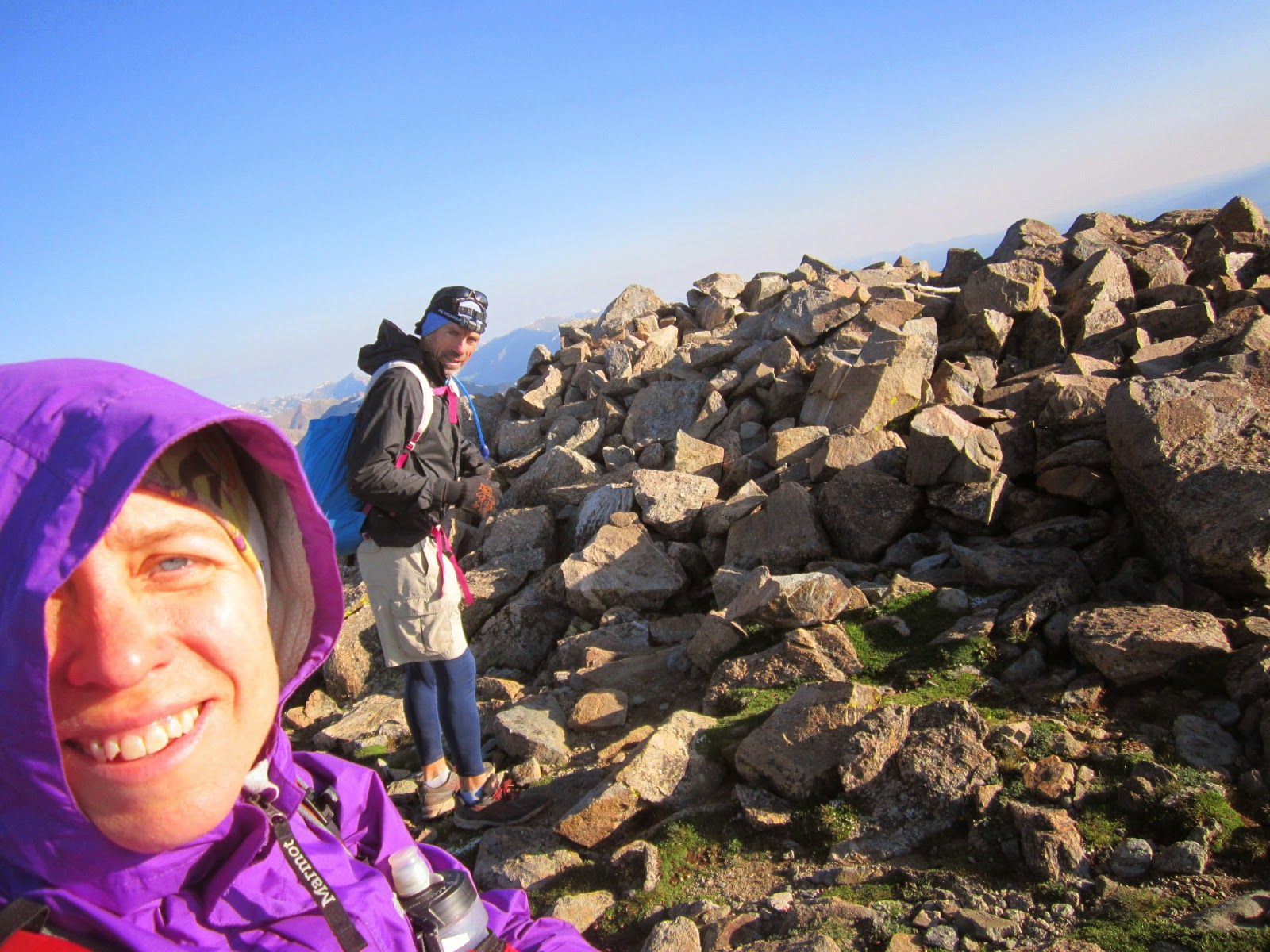 We went back close to the top of Mount Belford, then took the trail around to Elkhead Pass.  Looking over toward Missouri Mountain: 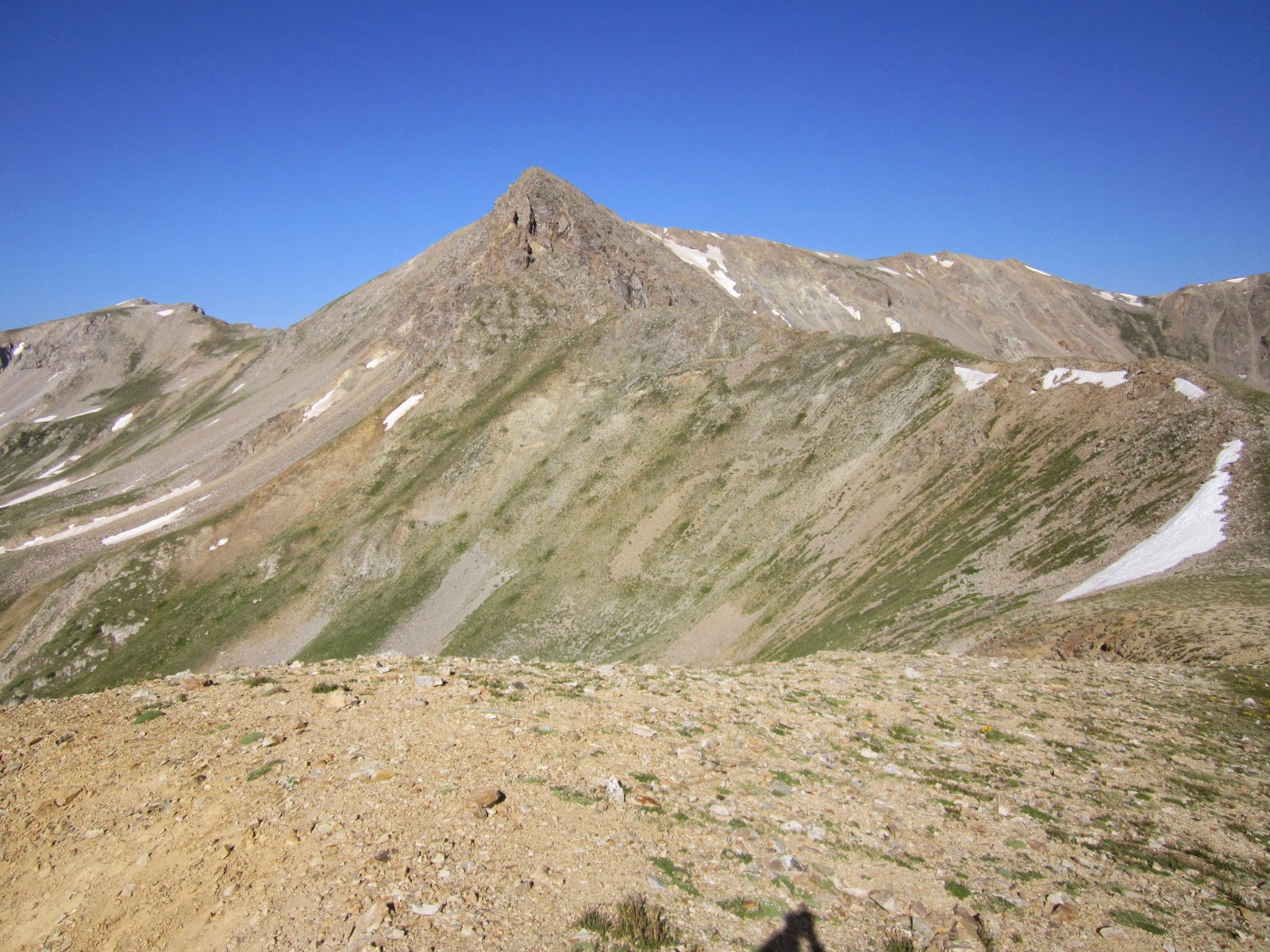 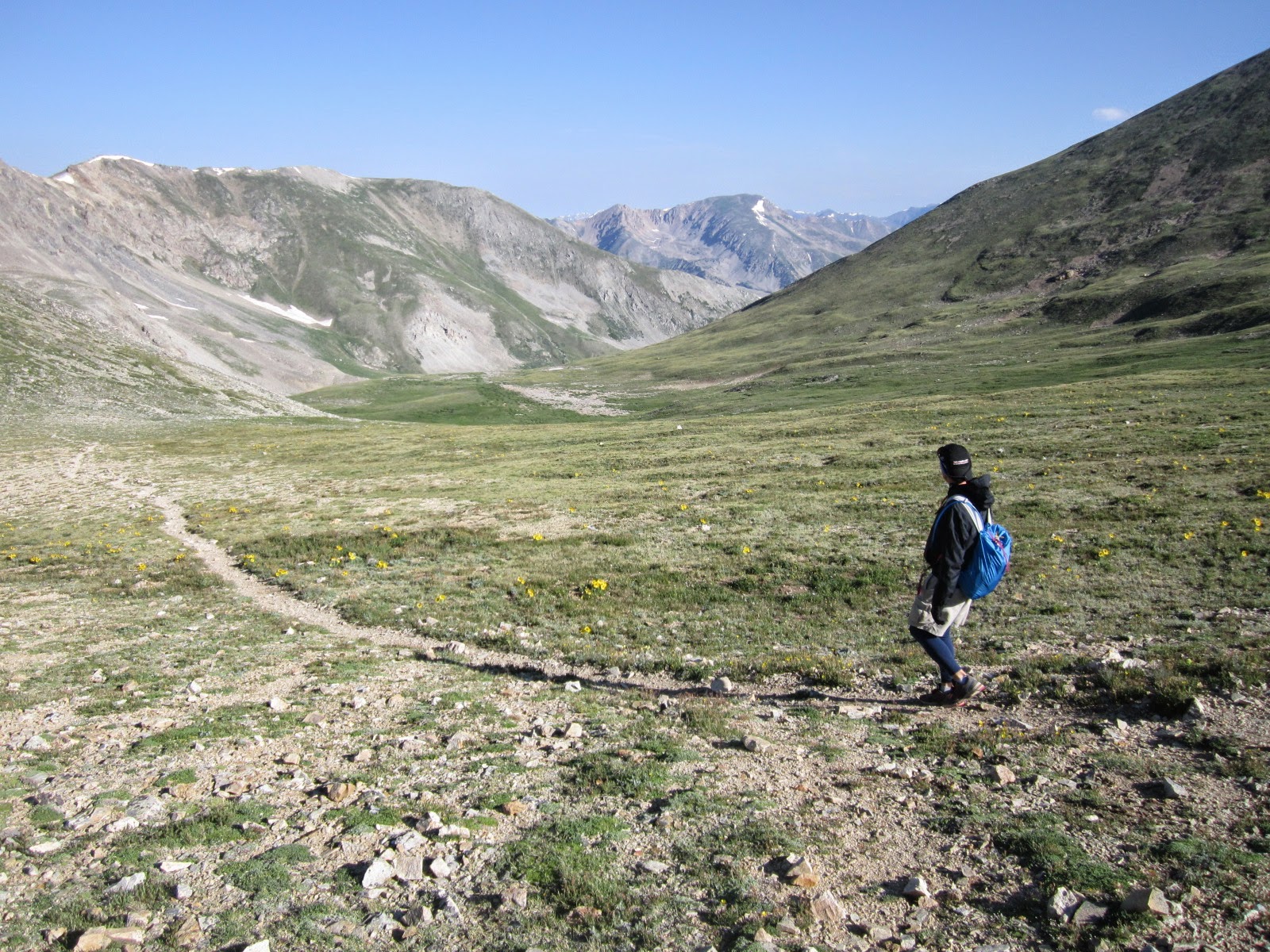 The next valley over: 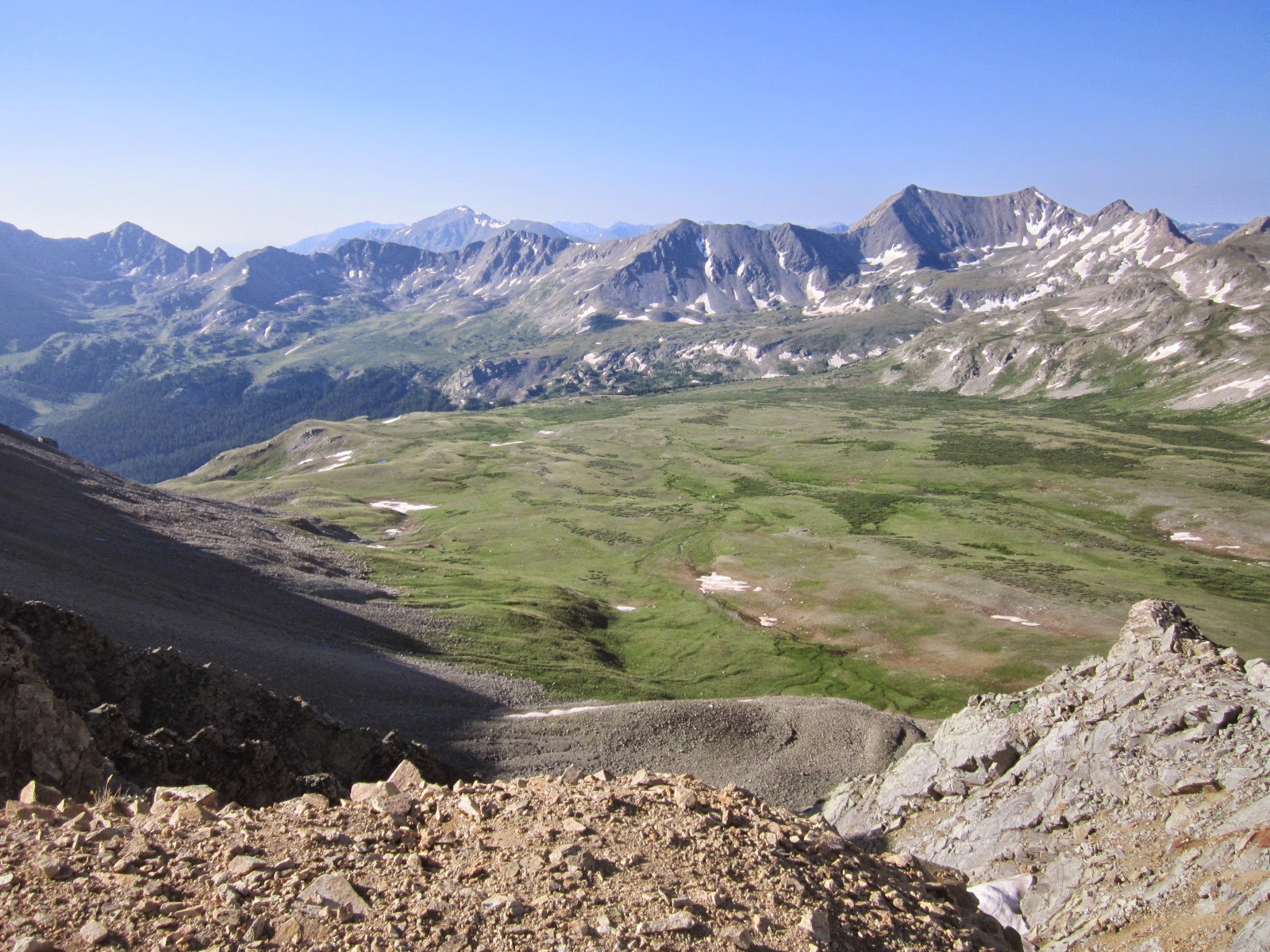 We had considered climbing up Missouri as well, but one of my knees was talking to me on the downhill, so we decided to hold off on more 14ers for another day.