On the way from Albuquerque to Flagstaff, we found a few fun things to do on the western edge of New Mexico.  We also scored a lovely, and free, campsite at El Morro NM, awesome!

It just happened to be the weekend that the camels were visiting to commemorate an 1857 Army experiment (the Beale Expedition).  Doug from Texas brought his camels to the park and spent 2 days telling stories and relating the history of camels in the American Southwest.  The stories - and especially the camels - were fascinating.

Doug and his main camel Richard: 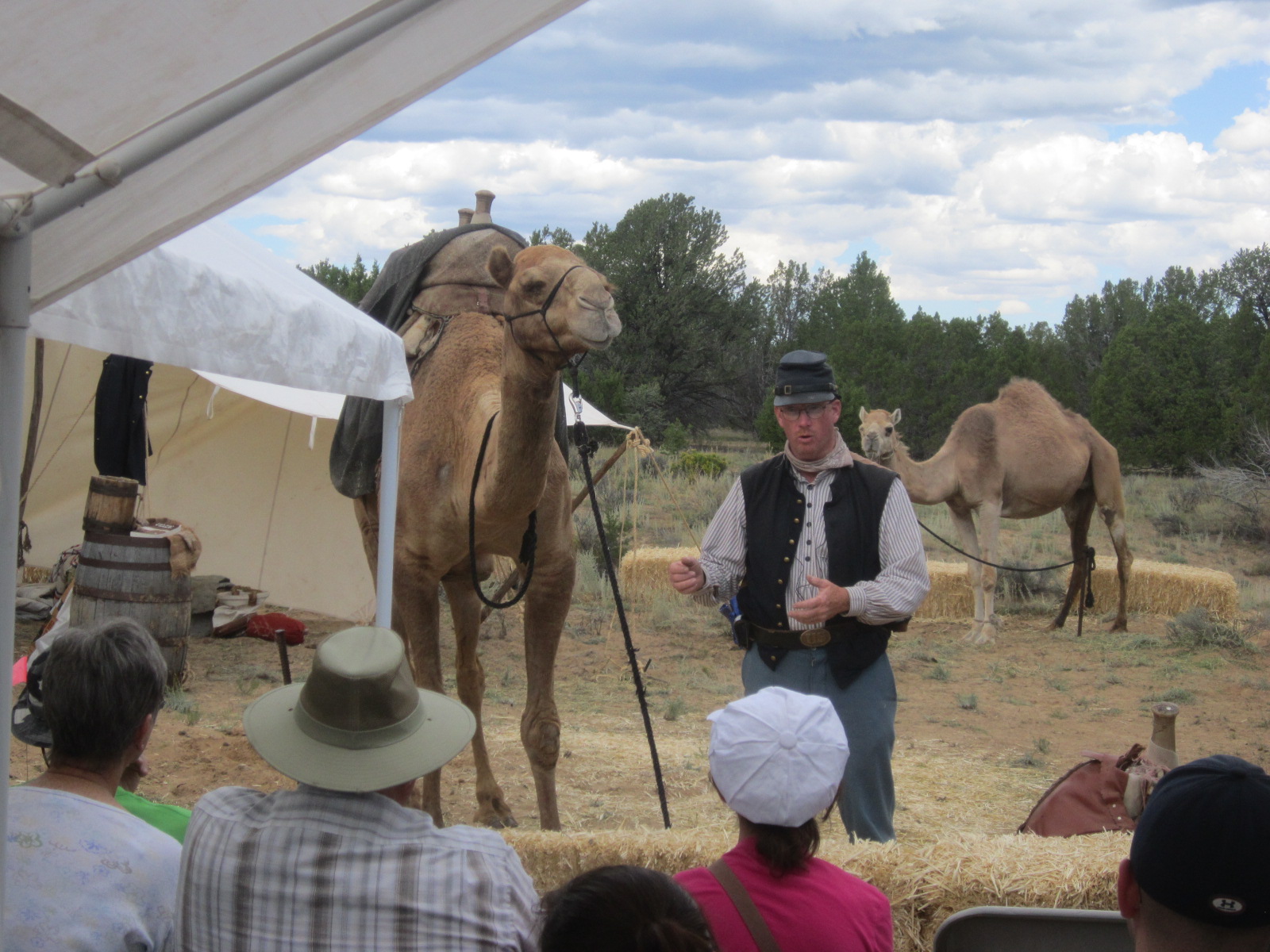 Following the talk we were allowed to approach the camels and give them a pat: 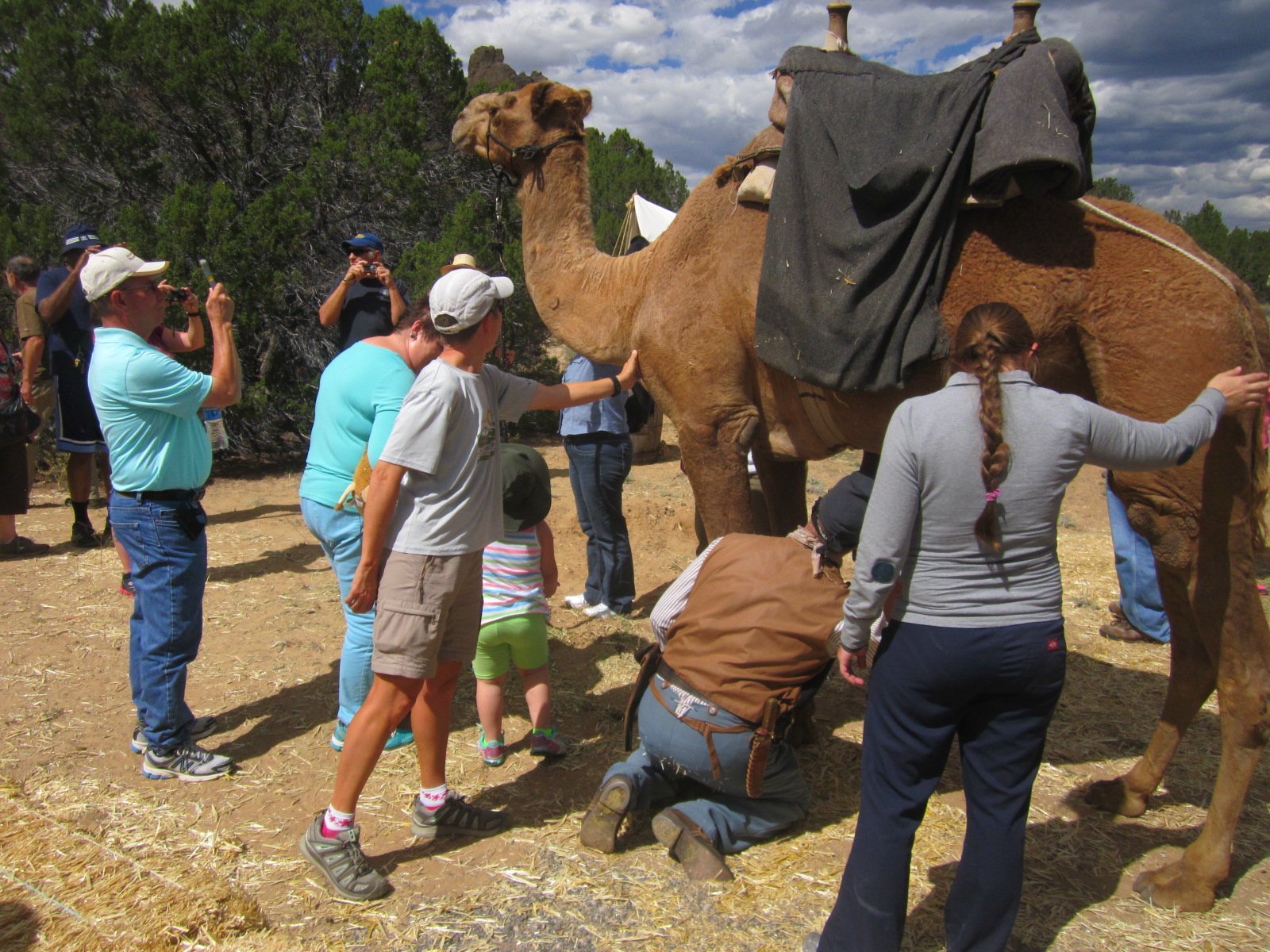 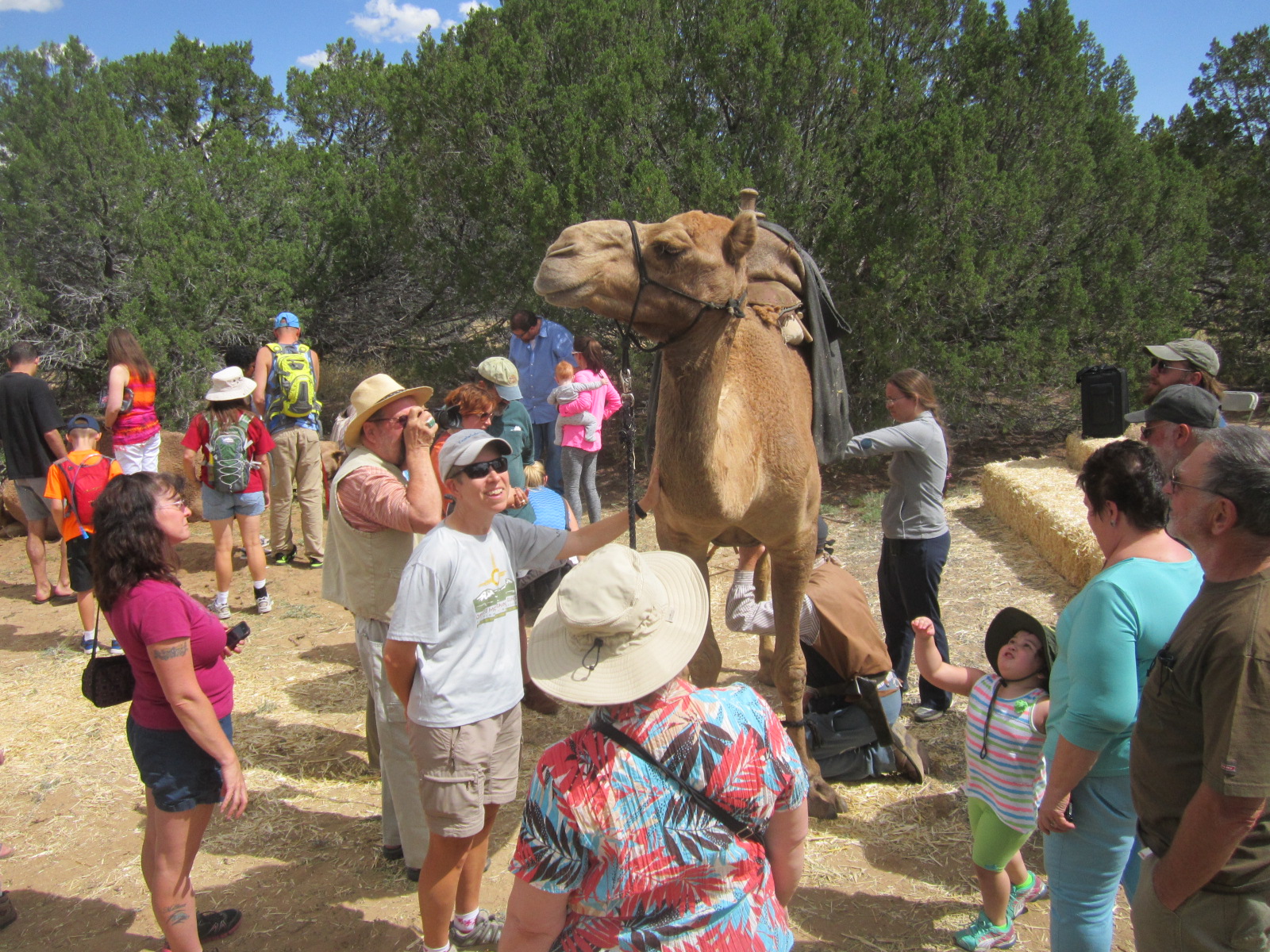 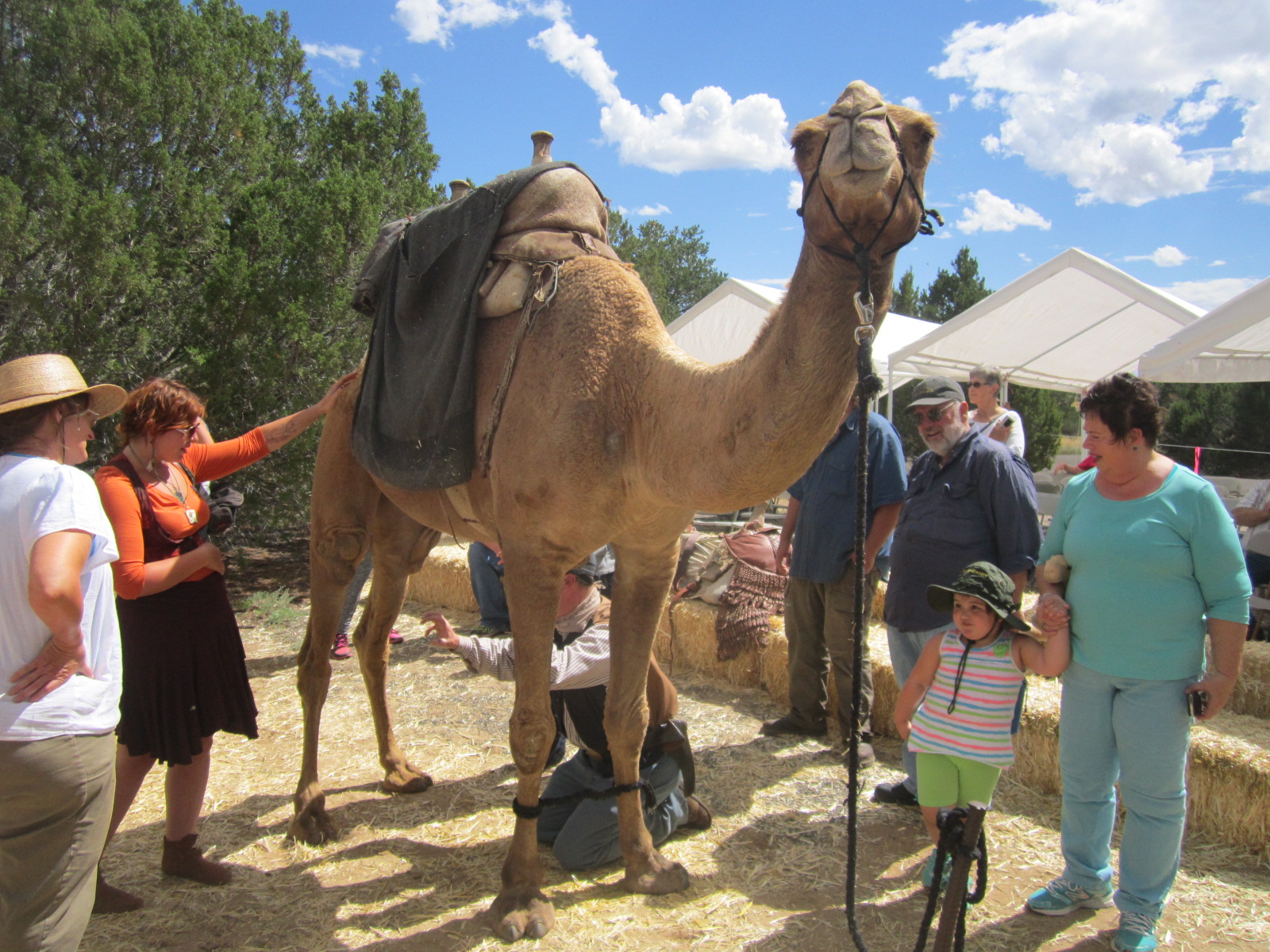 Also at El Morro - more history and an awesome little trail across the top of the rocks.  Here is the pool that attracted cross-country (and other) travelers amid the dry desert: 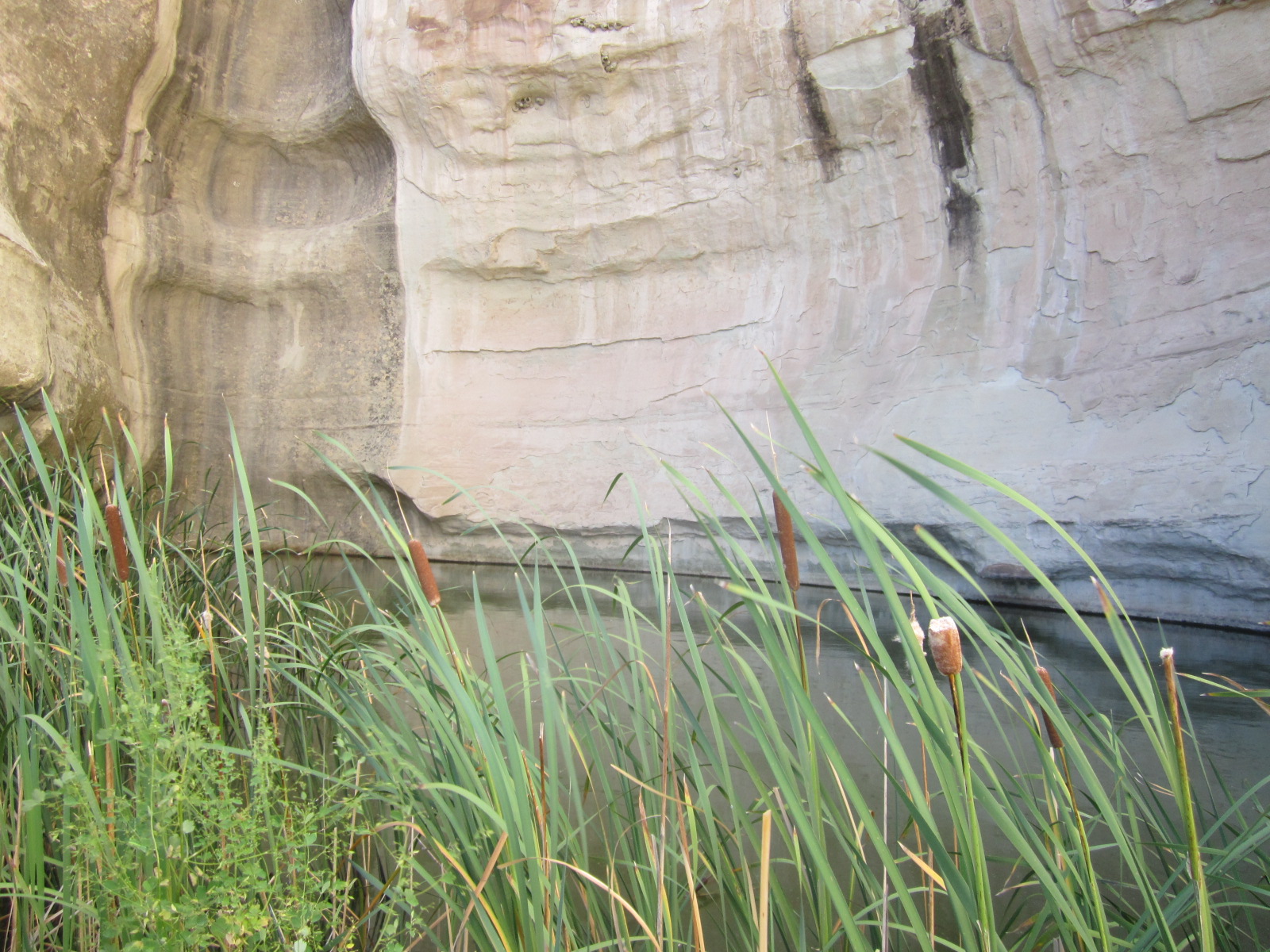 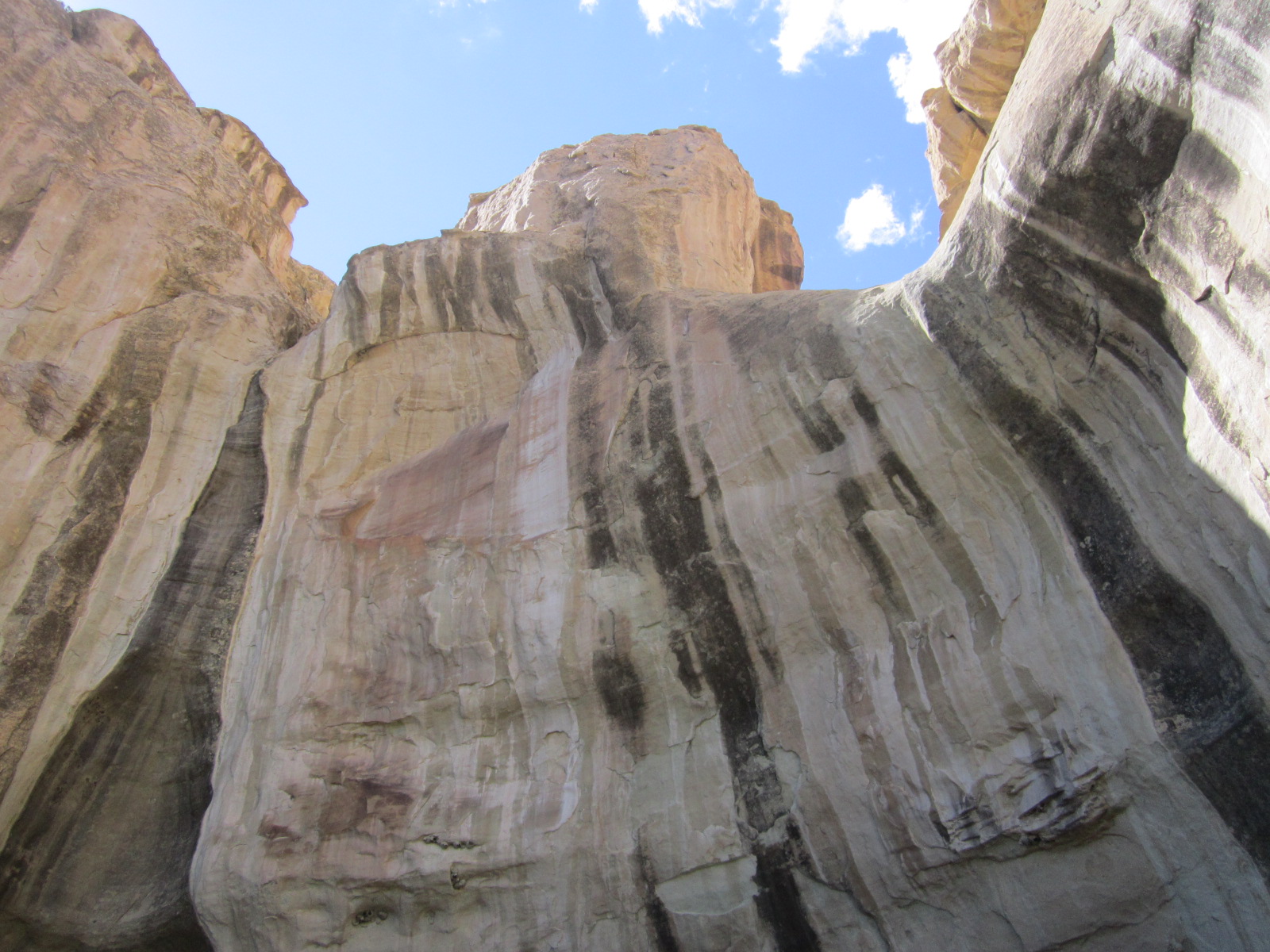 The walls near the pool have been inscribed for centuries (until it was banned in the 1900's).  From the Ancient Puebloans: 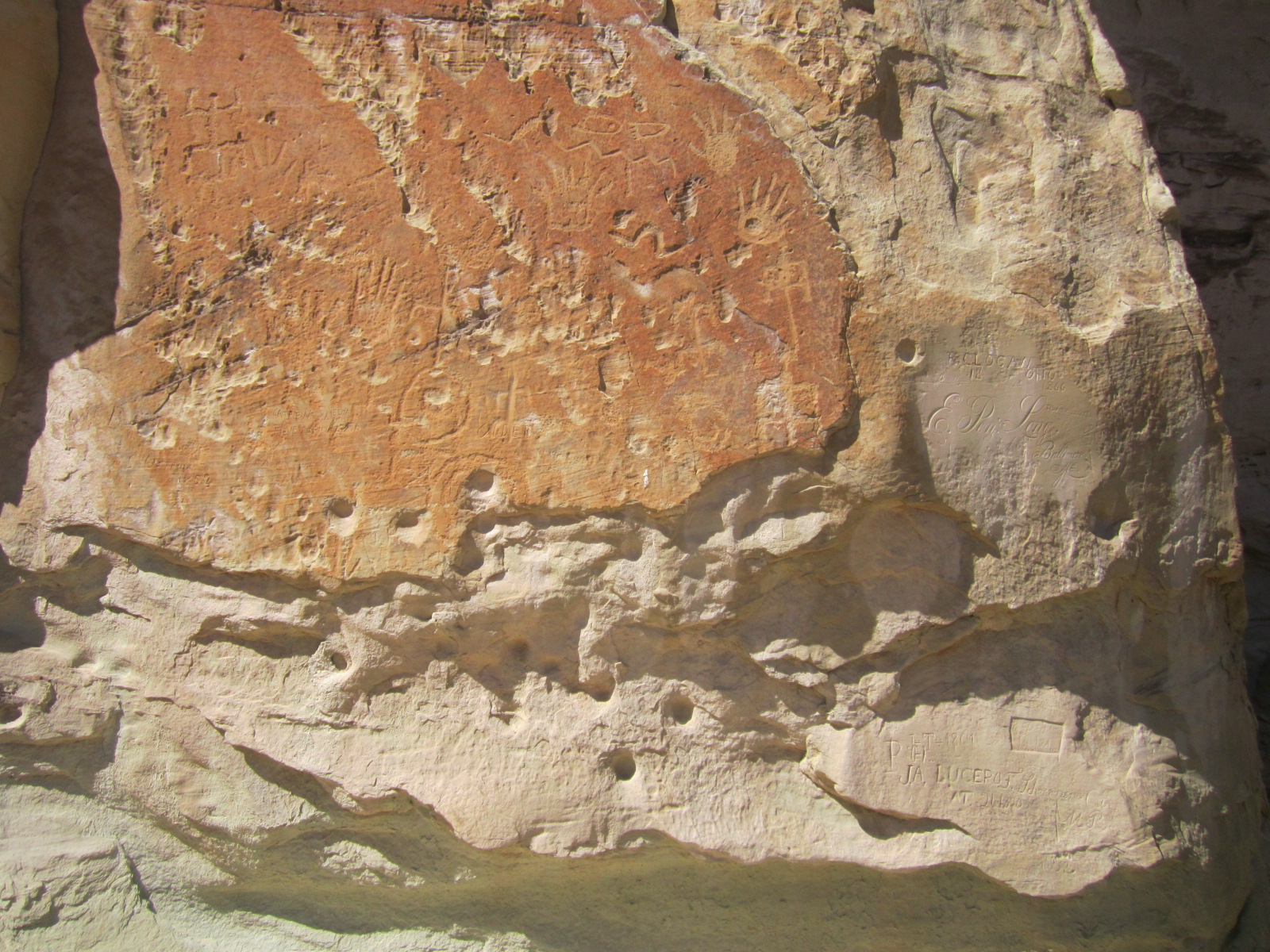 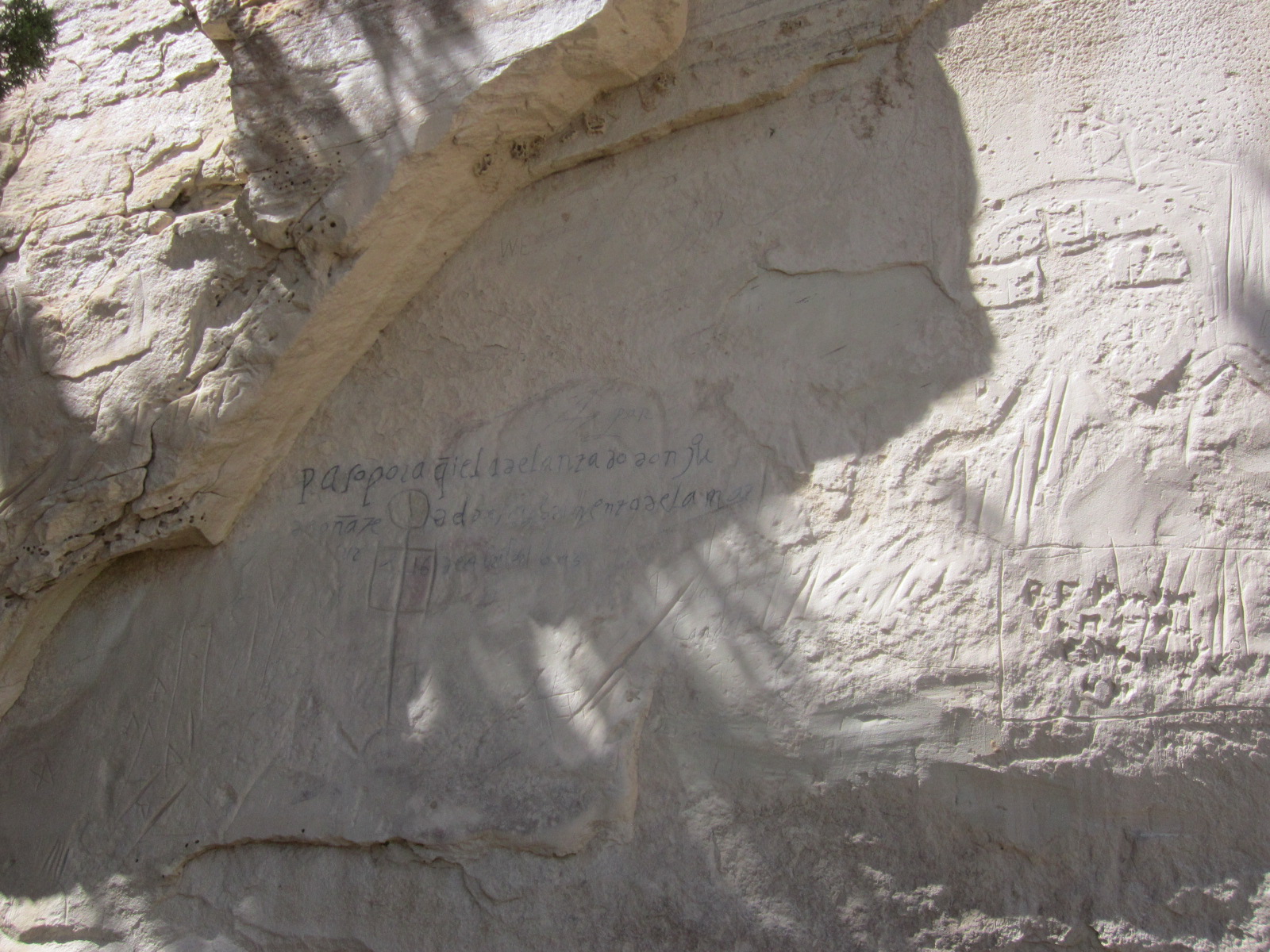 And settlers from back east, along with Army expeditions (hard to see): 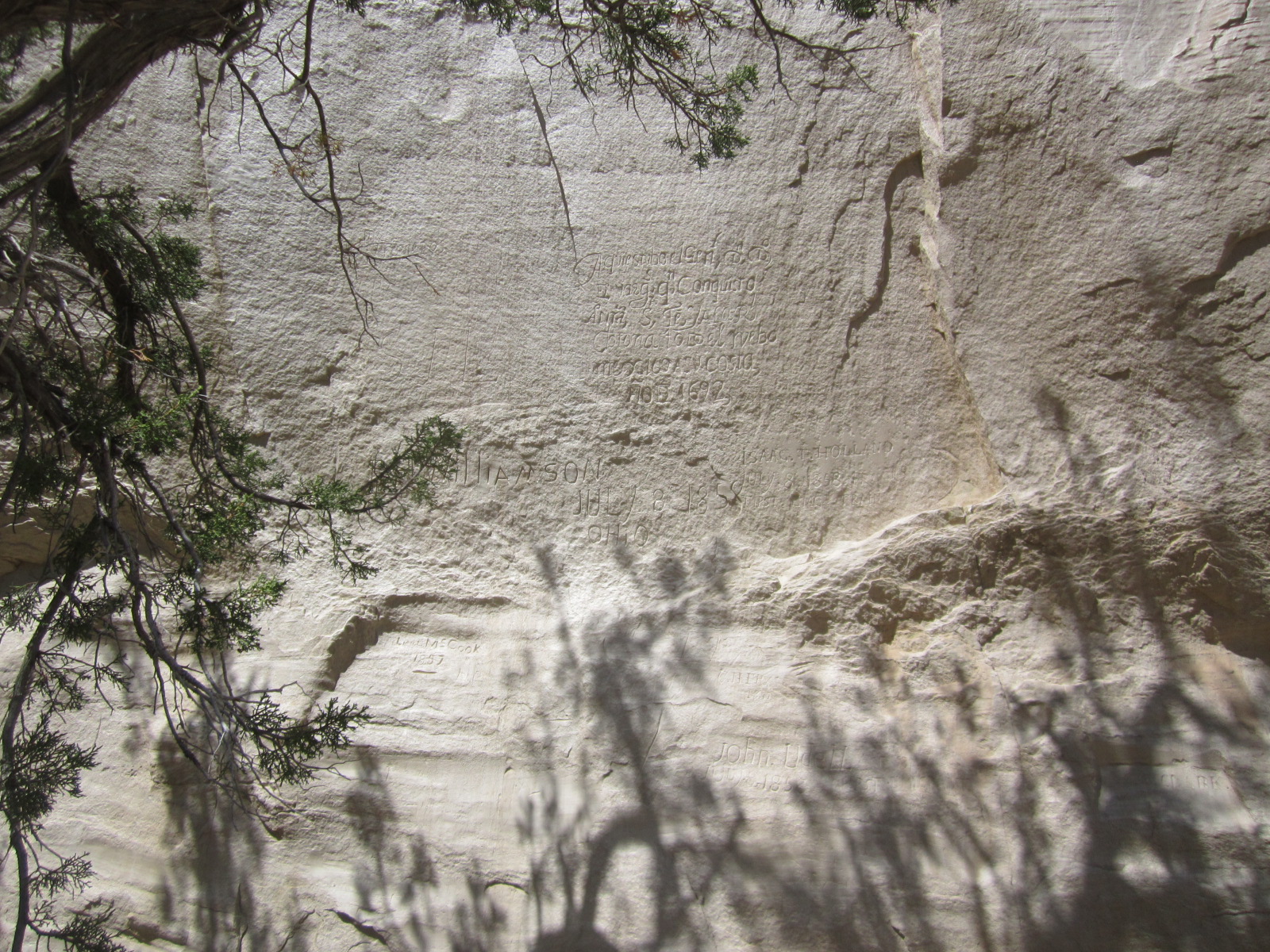 It's a beautiful site, a wonderful park that was well-worth the stop: 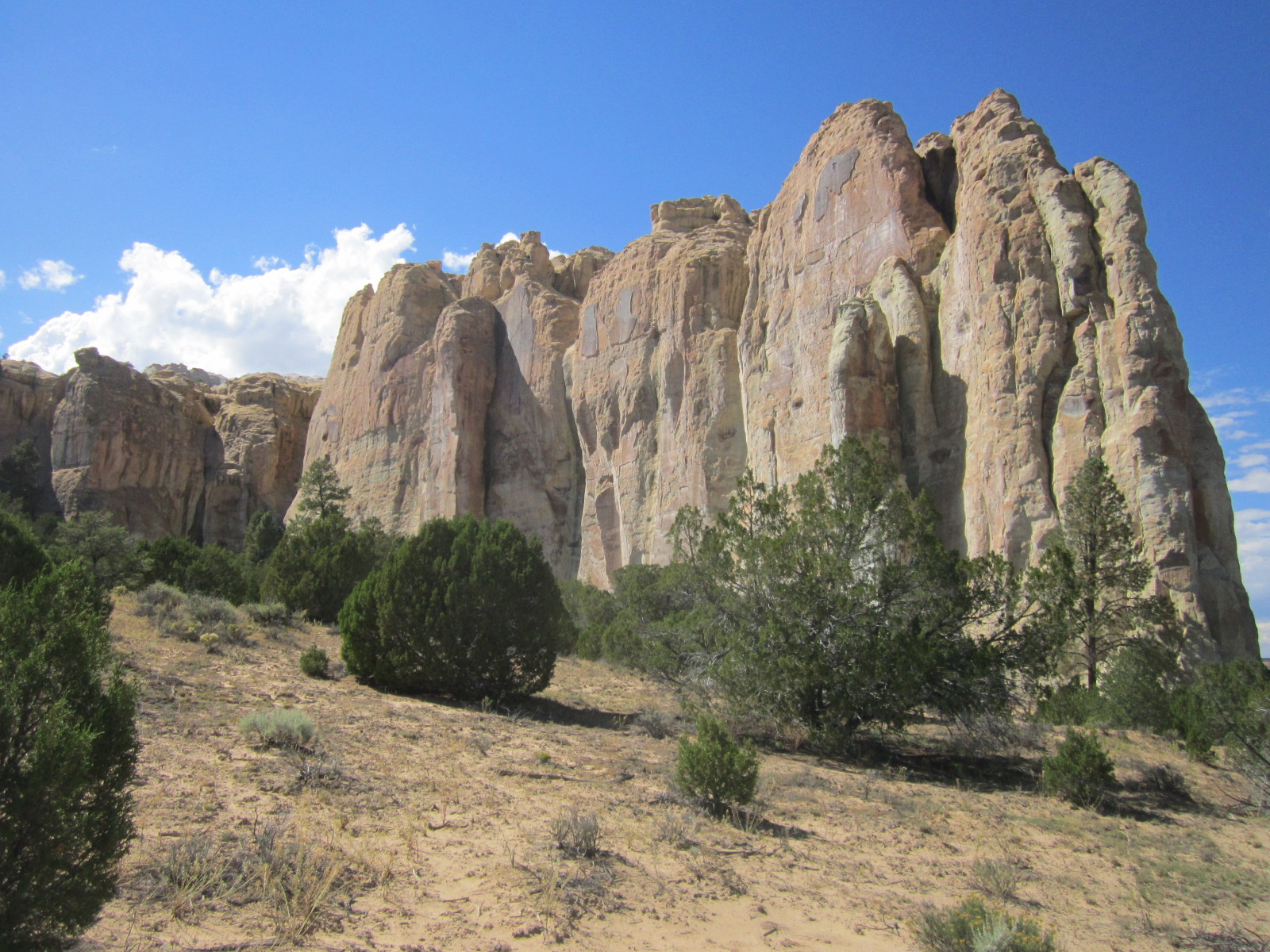 Interesting art just outside the park - hope you can see these: 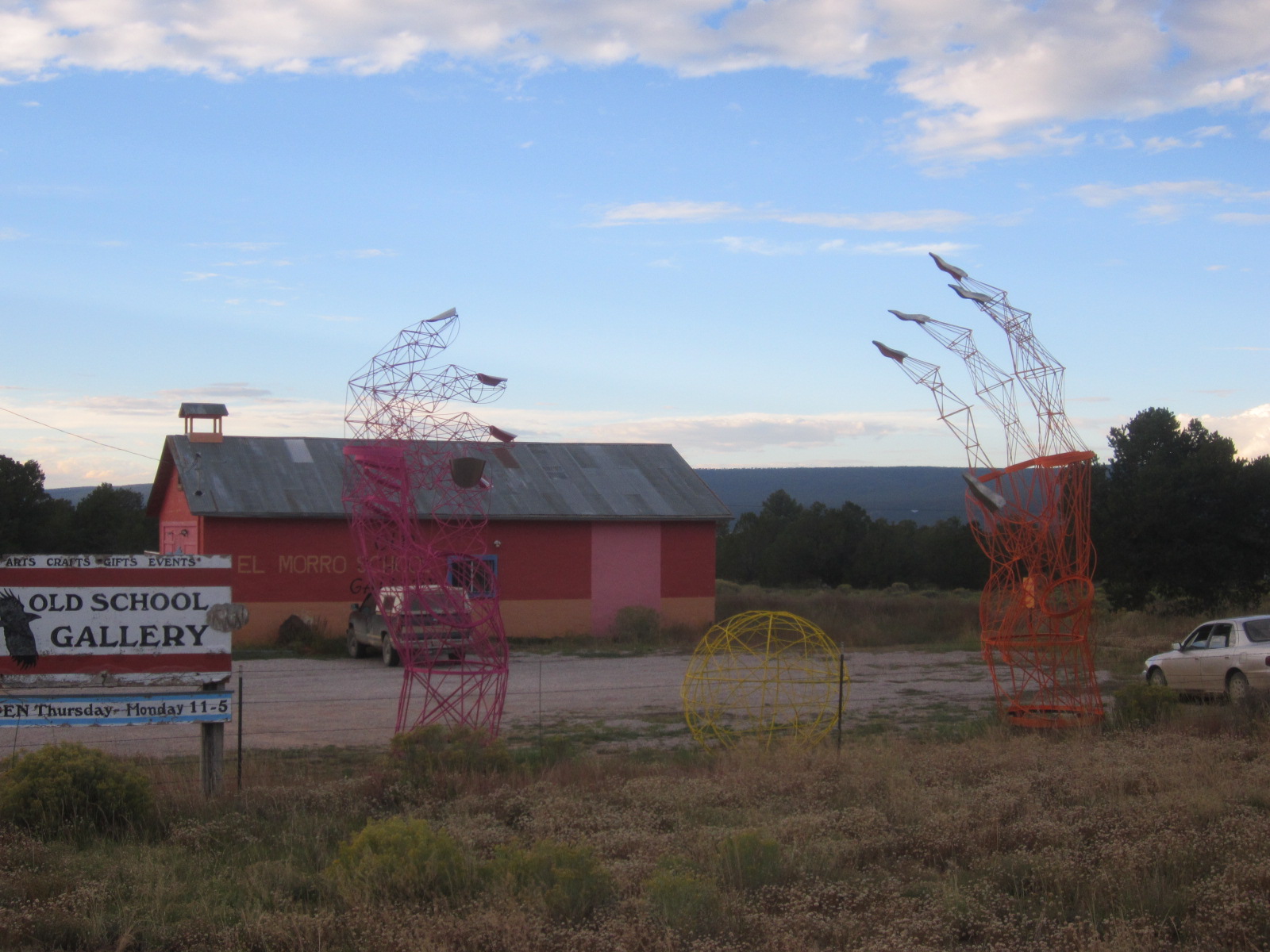