Potato Museum and Hell's Half Acre

We spent a couple weeks in southern Idaho, initially just passing through the state but then I kept finding more and more places to explore and things to see.  This is just a "starter" post from our days before and after the journey to Salt Lake City for the Speedgoat race.

Never really sure what you'll find at a food museum, but this one was interesting and educational.  The giant potato out front added to the local flavor: 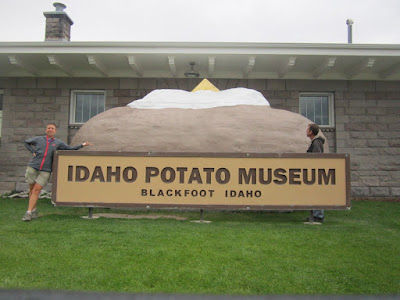 Even more cool was this camera stand built specifically for taking pictures of yourself with the potato, what a great idea! 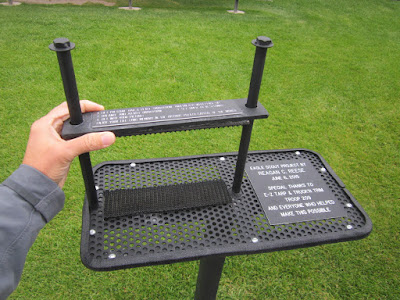 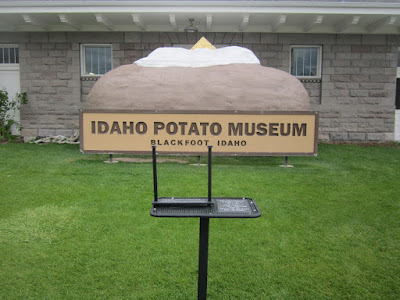 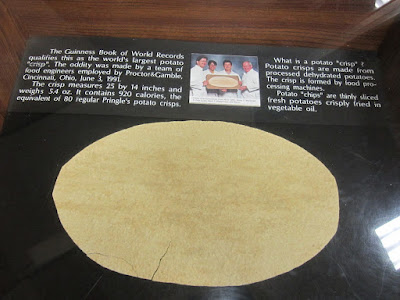 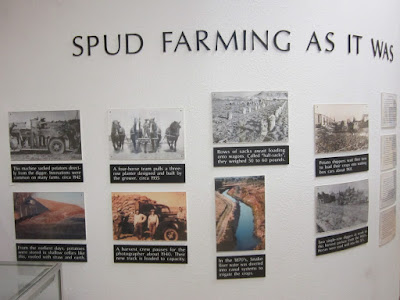 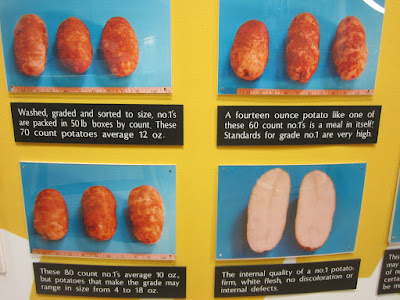 Spudnik (yep, they did): 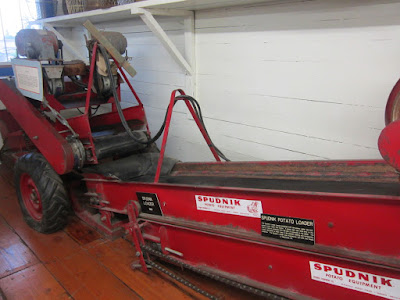 This just made me giggle: 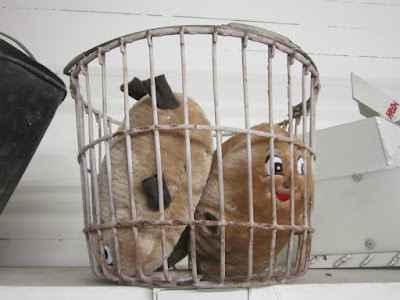 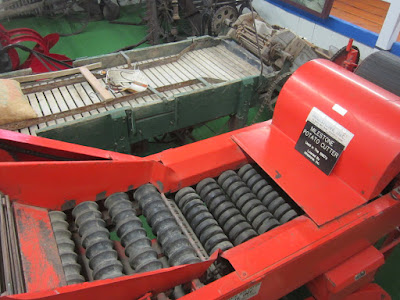 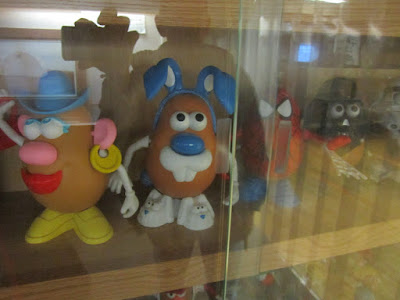 We couldn't find a restaurant in Blackfoot serving Potato Primavera Gnocchi, so I guess we just have to figure out how to make it ourselves - looks delicious: 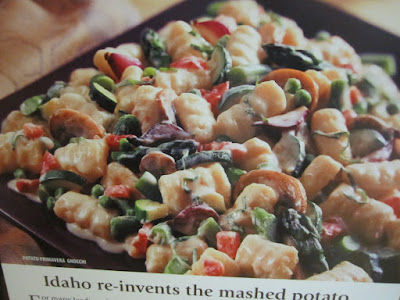 Now that we know what to look for - this is a potato farm being irrigated: 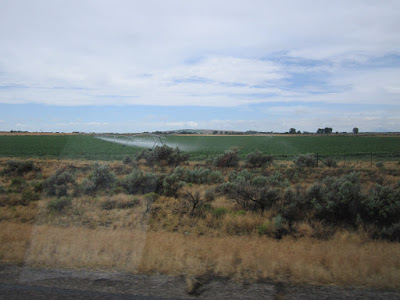 Giant Martha at Martha's Cafe, showing off an engagement ring: 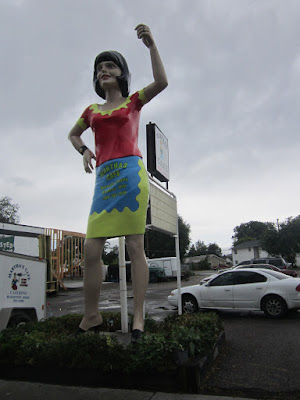 Scenes from Hell's Half Acre at a rest area along the highway - sage brush and volcano remnants: 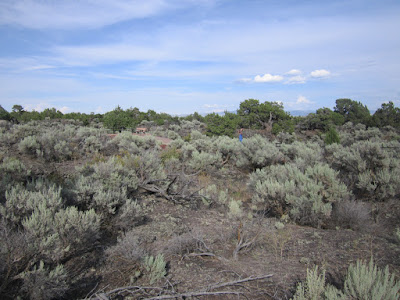 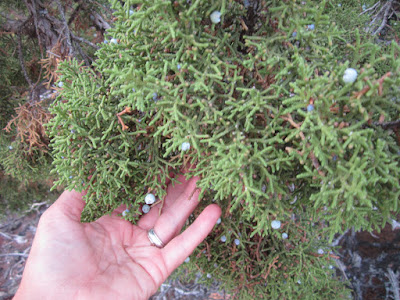 A nice little intro before heading to Craters of the Moon later: 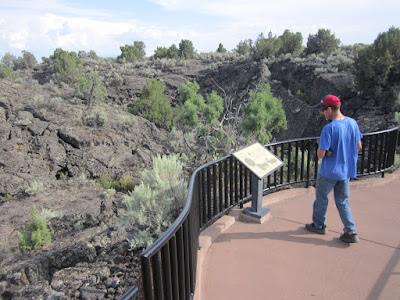 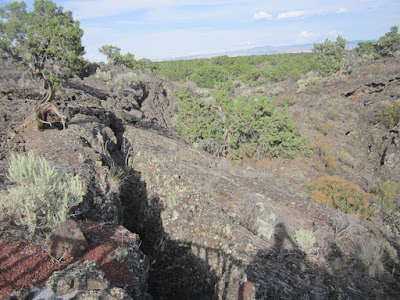 Just a spit of lava land, more to come! 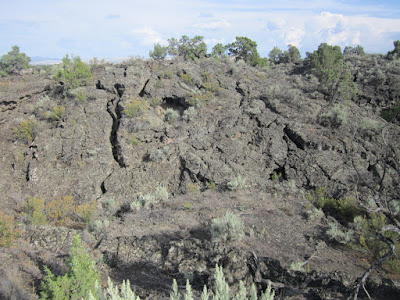