We had just enough time (and energy!) left to go for a run on the Wonderland Trail.  It's a beautiful (some might say - wonderful?) trail that circumnavigates Mount Rainier.  Many people hike it in multiple days.  Some people run the whole thing.

We did a small piece of it, that which we could easily reach by car.  John ran one direction, I drove out and ran back.  Along the way we went up and over a big ridge so we also got some vertical in.

Another beautiful day and the mountain was clear as well: 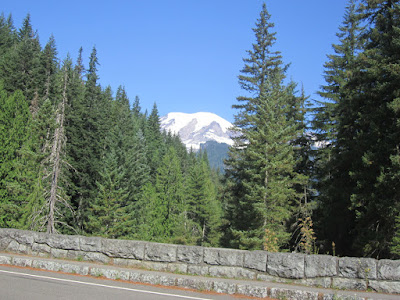 Looking down into the narrow Box Canyon, with water running down from the Cowlitz Glacier where we just were a couple days ago, that's pretty cool: 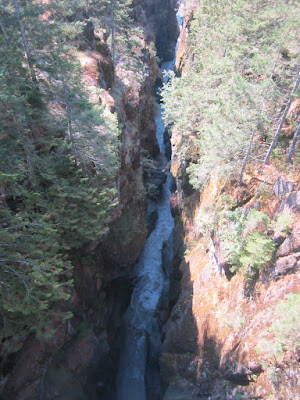 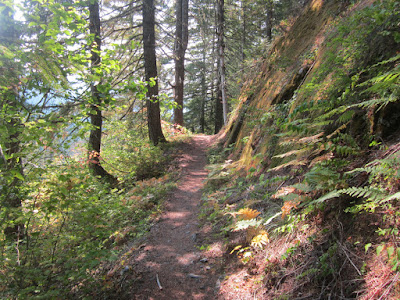 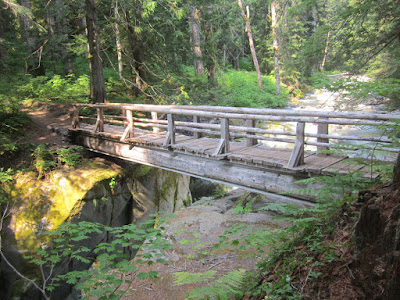 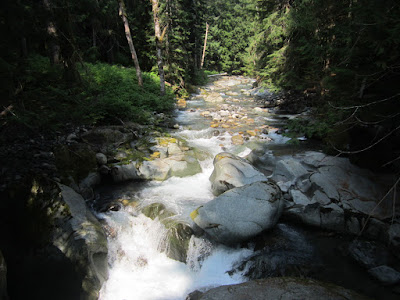 I really enjoyed the variety along the way: 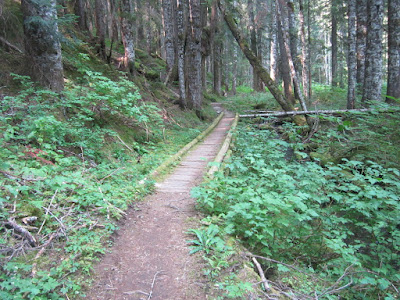 And several waterfalls visible through the trees: 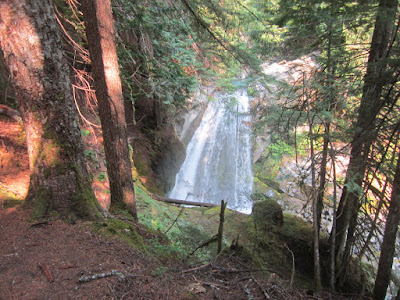 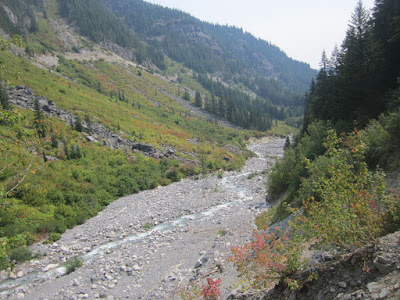 Now this is a fun little bridge: 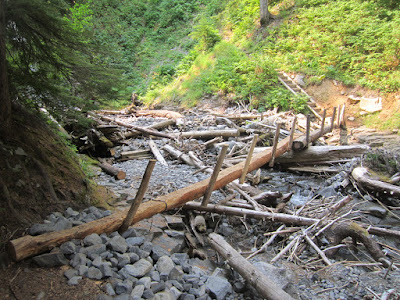 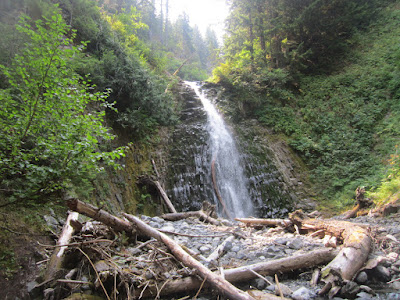 This is probably Reflection Lake, not the greatest shot of the lake nor the reflection of the mountain: 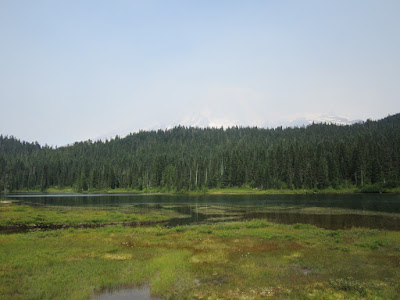 Narada Falls, worth seeing from the bottom (for scale see the person on the bridge at the top), and I even captured the little rainbow: 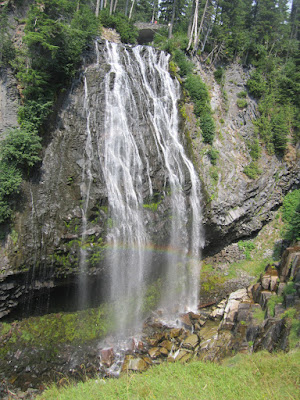 Looking up the Nisqually River at the majestic mountain: 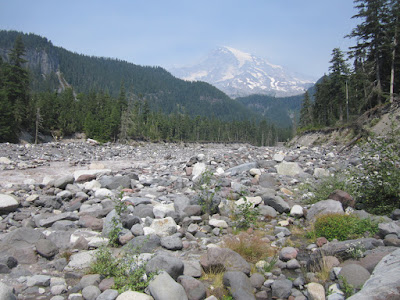 Lots of water in the river, photo courtesy of John who went back later in the day to poke around some more: 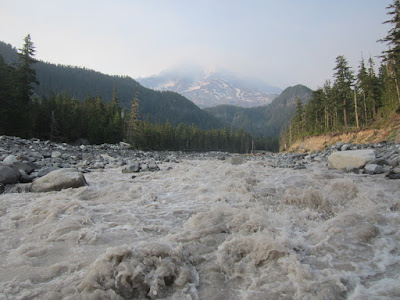 The previous bridge apparently was big but not big enough to stay in place during one of the floods! 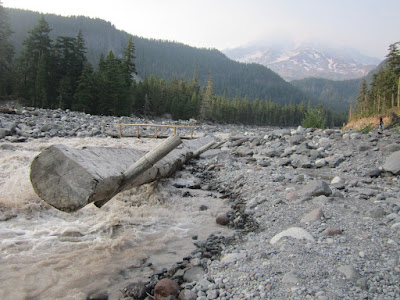 That's a wrap on Mount Rainier - at least for now!