The last time we drove through Kentucky we noticed the Corvette Museum.  Maybe a little interesting, but we decided not to stop.

However, this place got quite a bit more exciting since the last time we came through.  Because - sinkhole!

When we heard that the museum had embraced the tragedy as something to showcase, now this is a destination.  Not a car buff?  No problem, because - sinkhole!

We started the tour looking at a bunch of pretty Corvettes, as would be expected: 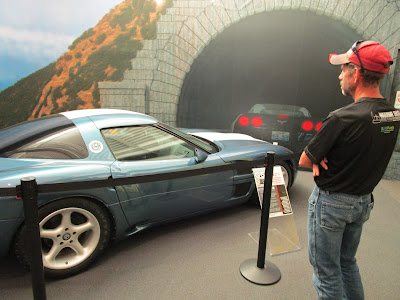 A guy handmade this car, quite impressive: 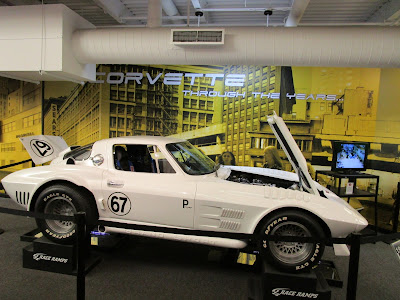 Corvettes through the years: 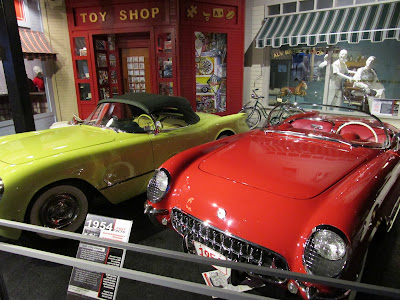 Zora, the man with the vision on how to make Corvette into an American sportscar brand that could actually compete on the performance side as well: 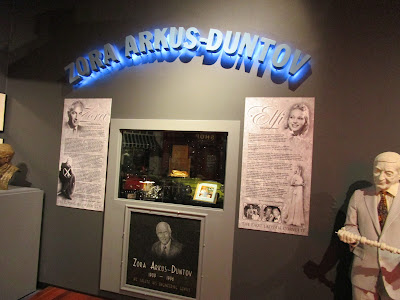 After a while, the beauty of these babies starts to make an impact (and I'm normally pretty far from caring much about cars): 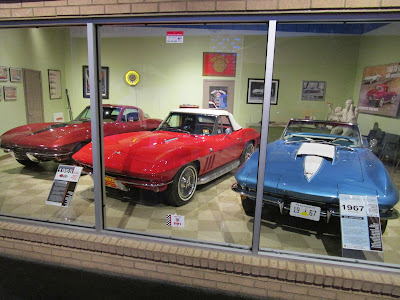 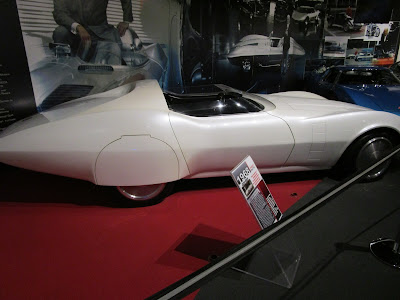 The only remaining 1983 Corvette: 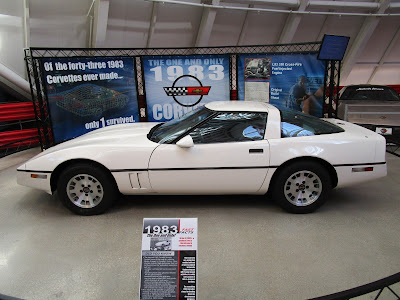 The Corvette "from the future": 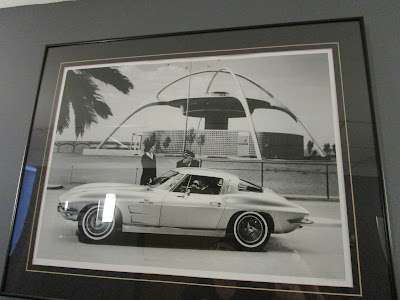 The main attraction that brought us here: 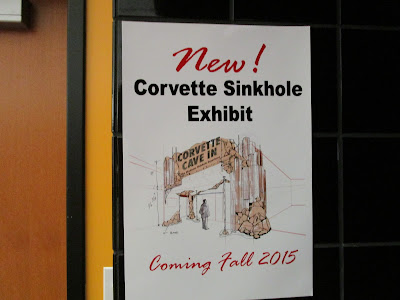 After seeing all the pretty cars, watching the security monitor video of the cave-in and seeing the crushed cars being lifted out of the hole was kind of a shock.  But neat that it's on display: 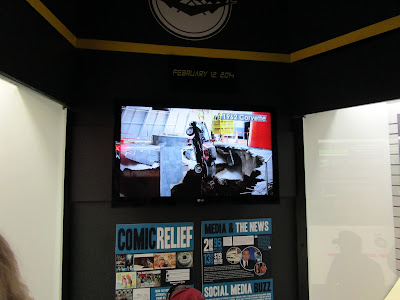 They show the history of the 8 cars that fell in the hole, including at least one that had been donated to the museum. 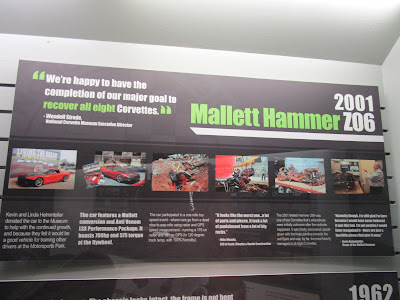 The sinkhole made the news around the world: 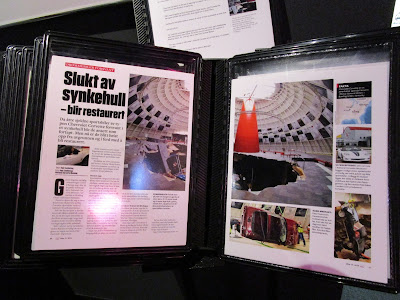 Time to see where it happened!  The floor has been repaired and filled in below with concrete.  We're starting to understand just how many limestone caves might possibly exist in this area, and this room might now be the safest place in that part of Kentucky.

The showroom with a giant red tower in the middle (I didn't get a picture, but they taped the floor to show you the location of the hole, to the right of the tower): 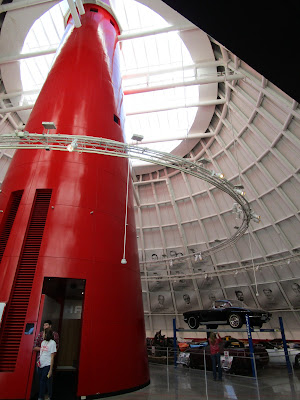 The 8 cars back on display in the same approximate position as before.  The black one on top is one of 3 that were restored: 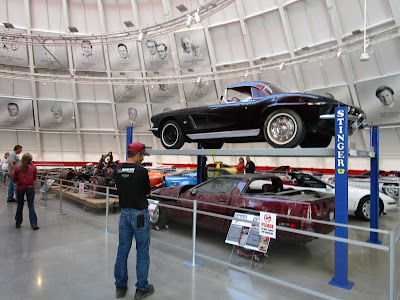 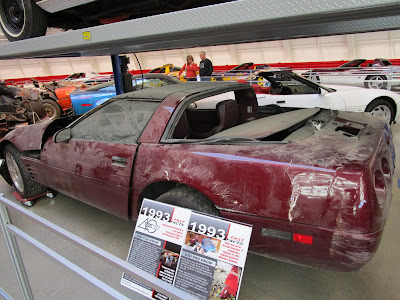 But not as bad as this one! 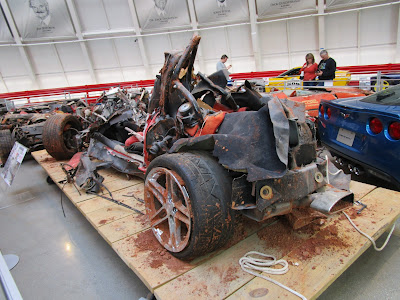 The Mallett Hammer Z06 from the previous picture: 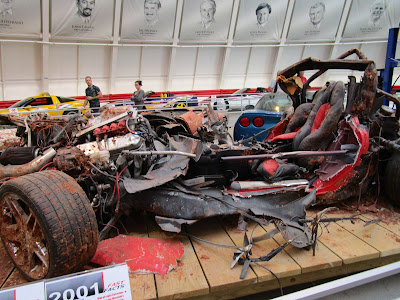 One of those disasters you can't look away from - just incredible.  They had to dig around to even locate a couple of the cars at the bottom of the pile. 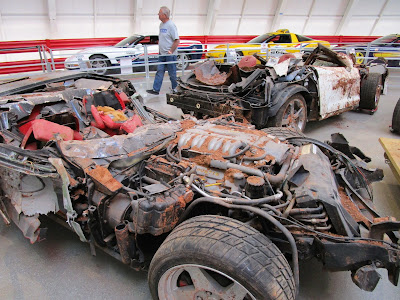 It's amazing no one was there when it happened (early a.m.) so it was just the cars in the hole, no people, thank goodness. 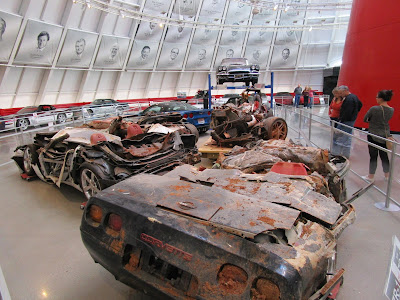 Another of the restored cars: 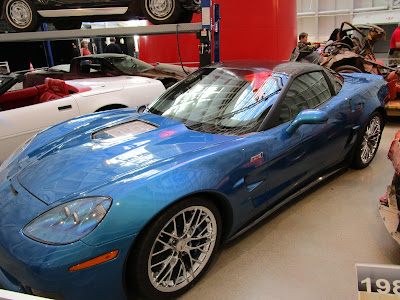 Yep, this museum is totally worth it! 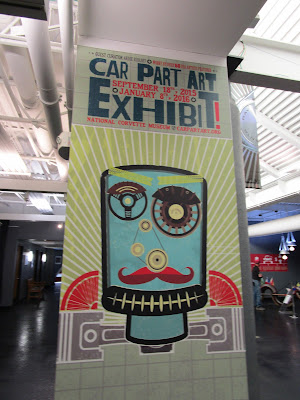 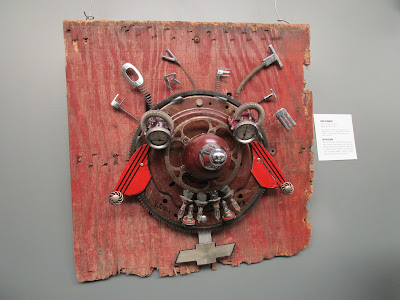 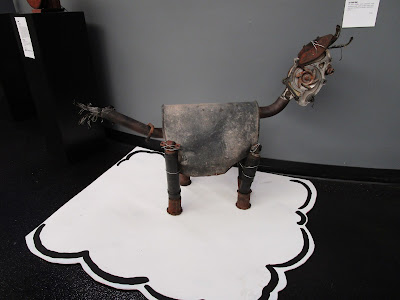 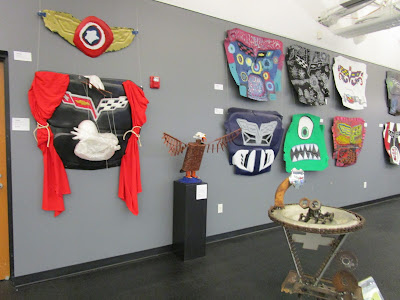 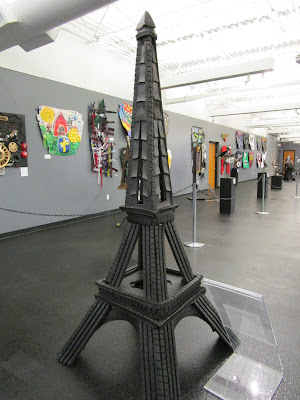 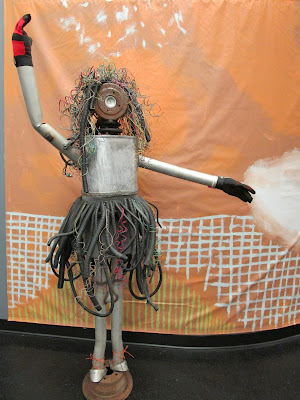 The race/test track across the road, where we got to see a bunch of cars zooming around: 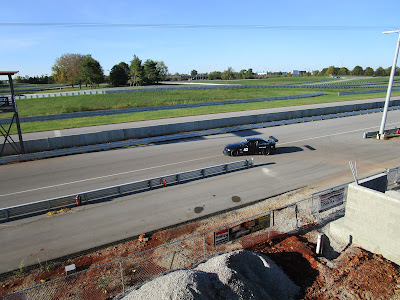 And one final sinkhole commemoration - a giant rock that caved in and fell on the cars.  It was removed from the hole and placed in the front of the building with a plaque.  Gotta love it: 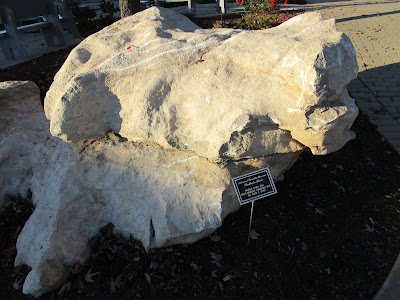