After removing most of our Warrior Dash mud, we hoofed it over to nearby Lewisburg to see the Fainting Goat festival.  Well, they renamed the event "Goats Music & More," perhaps to deemphasize the Myotonic breed of goats also known as the Tennessee fainting goats.  When these goats get frightened they tend to lock up their legs, fall over, and lie still for a few seconds.  Maybe the festival organizers got tired of people running around trying to scare the goats...

In any case, we saw a bunch of adorable animals that like to chew on anything within reach.  Memories of the goat we had when we were kids.  None of the ones we saw fainted, just wanted to report that. 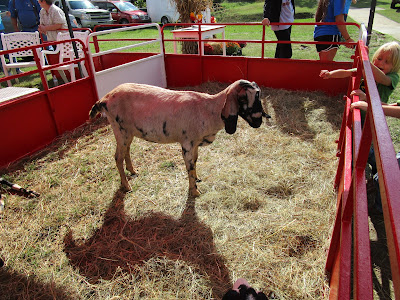 We missed the Myotonic showing but did see the Boers in the afternoon: 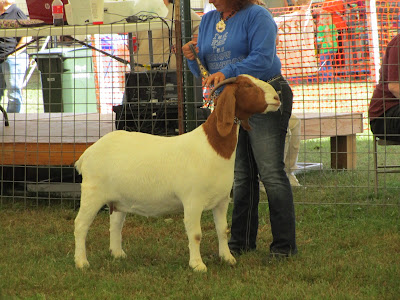 "You got anything I can chew on?"  (I think that was the goat talking) 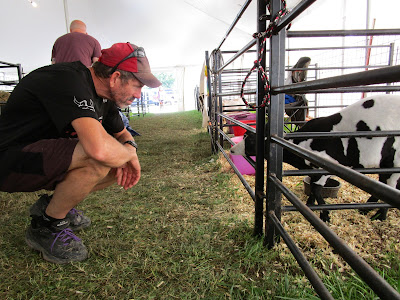 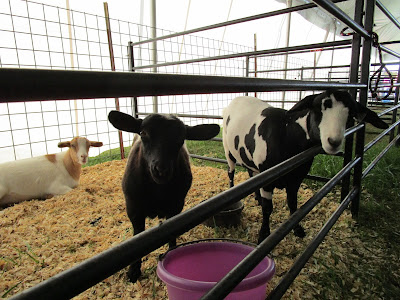 Celebrating surviving the Warrior Dash at our favorite muffin place (just outside Nashville): 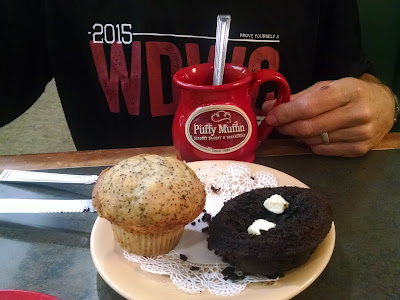 The next day we finally got over to the Hermitage for a tour: 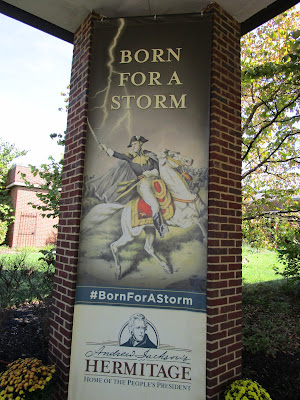 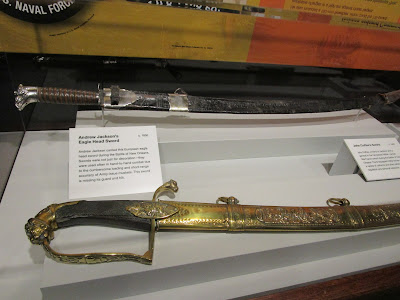 My favorite part of AJ's history is the Battle of New Orleans: 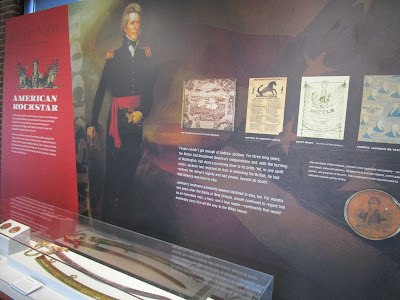 A carriage he rode in: 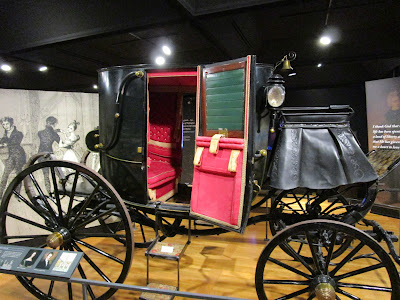 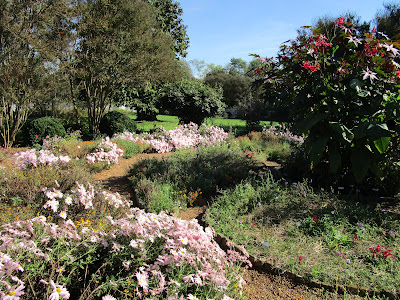 The tomb for Andrew Jackson and his wife Rachel (I keep promising John that I'm not actually actively looking for dead presidents, we just keep happening upon them.  No new quests (yet)!): 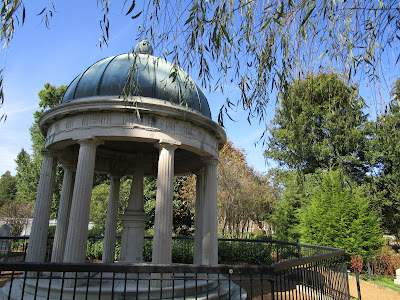 Well now, this came out quite nicely with the point-and-shoot - not even cropped: 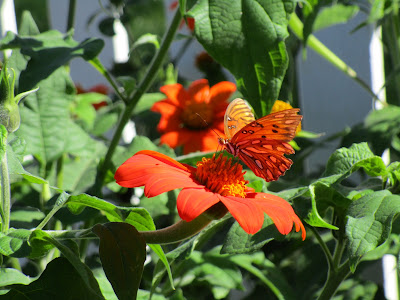 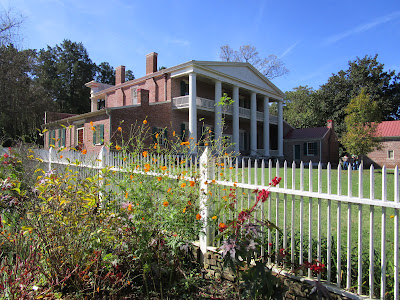 Demonstrating that I don't know my left from my right: 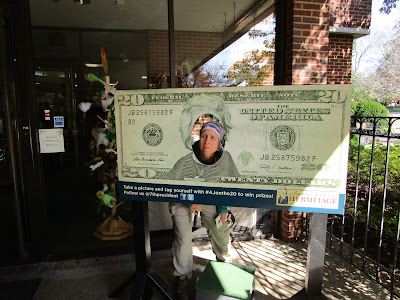 And now, a few shots courtesy of Roadside America and all the marvelous, strange things you might find while traveling around the country.

Starting with a pink elephant holding a martini.  Because, why not? 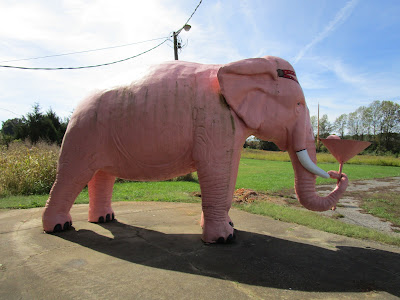 On the theme of large animal statues: 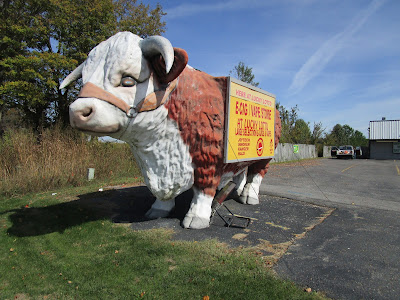 Seems like a normal roadside plaque, except the part about the UFO investigation by the military... 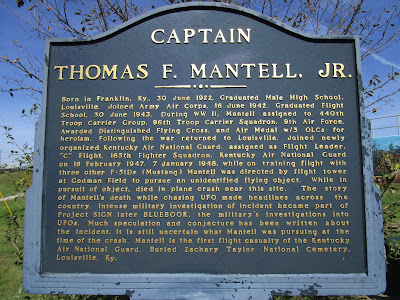 Nice mural in Franklin, KY (just barely in KY, for those who noticed we have wandered outside the blog post title): 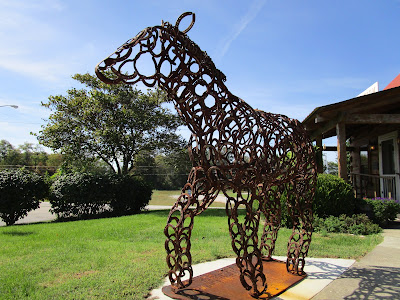 On the subject of "odd and unusual" we are next headed up the road to a museum.  What's so unusual about that?  Stayed tuned for the next blog post to find out!