I'd noted a couple small sculptures in Memphis, but as we came into the city we noticed the giant pyramid and decided to check that out too.  Turns out it is a recent purchase/renovation by Bass Pro Shops - and quite something to see! 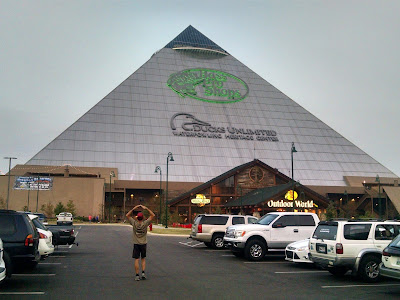 The inside is, well, if you ever are in Memphis, it's worth walking in to look.  There's an elevator to the top viewing platform, and also - large "trees": 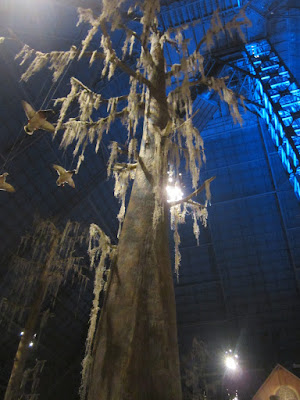 Boats floating on a small lake: 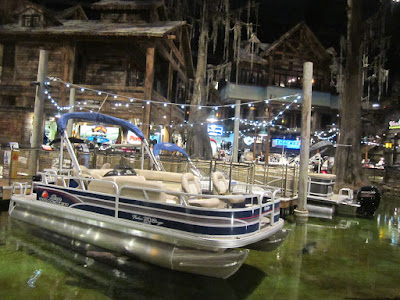 And huge fish - not your standard koi here: 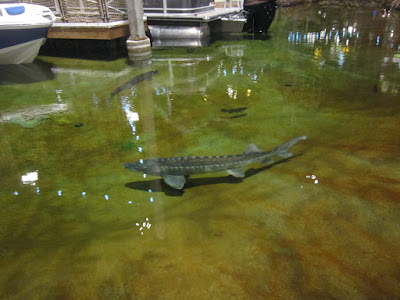 OK, yes, that is a real alligator.  What? 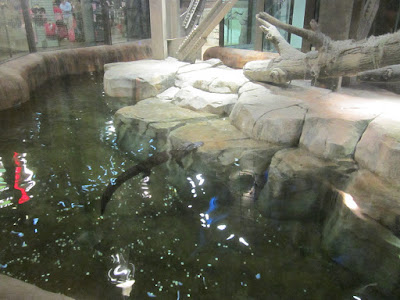 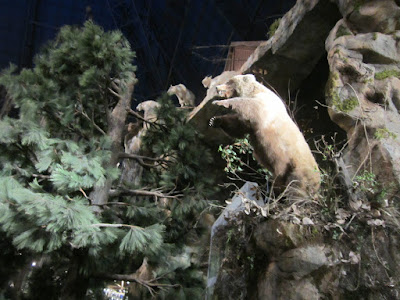 Some of the displays are pyramid shaped (not by accident, we can assume): 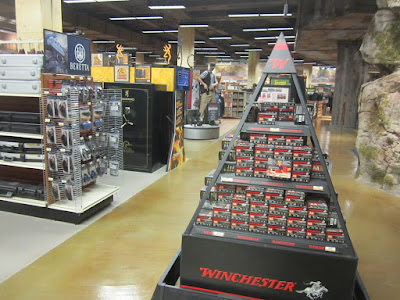 We got a huge kick out of this place, then John got to sit by a fireplace for a couple minutes, plenty of reasons to smile: 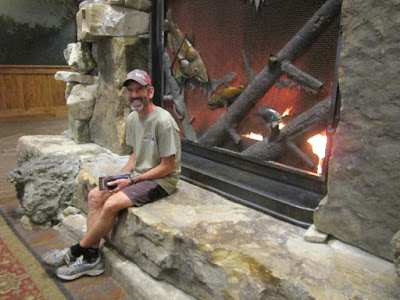 BB King at the visitor center (something a bit more normal): 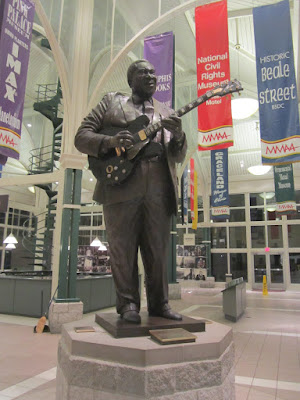 Back to "slightly odd" - Ramesses II statue at the University of Memphis (it used to stand in front of the pyramid, fancy that): 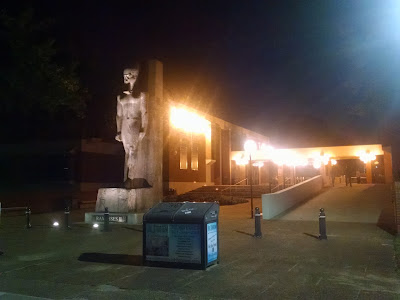 The next morning, after an excellent Waffle House breakfast :), we drove up to the high point of Mississippi.  Good morning Woodall Mountain! 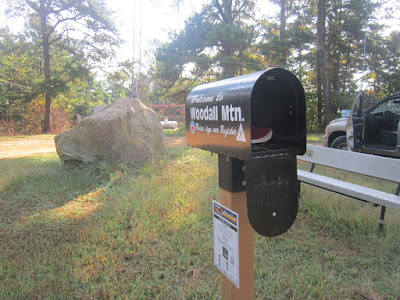 Sporting our Warrior Dash headgear in honor of the races coming up that weekend - and also, a cameo by our truck (first time in a while we have driving up to a highpoint): 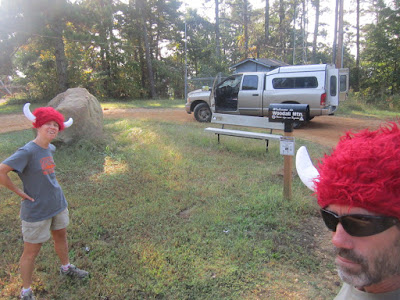 Taking on an inanimate object: 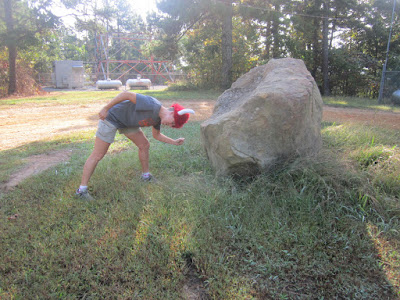 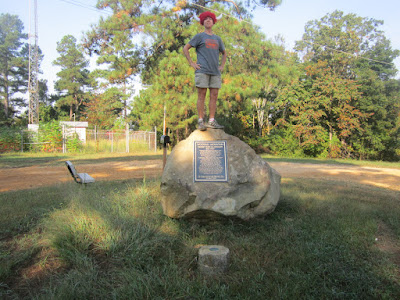 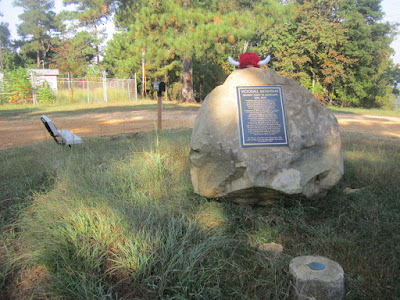 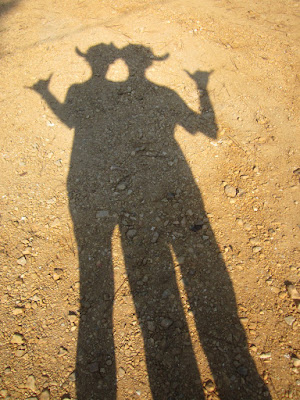 From there it was a short drive up to Shiloh, a Civil War battlefield I have been wanting to see: 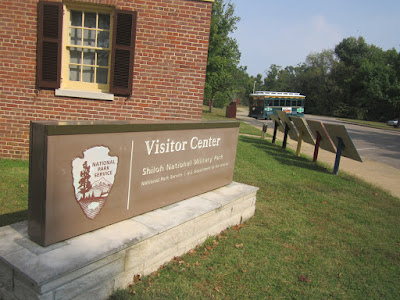 Look who we found on the visitor center wall - JWP is a connection with our recent time in the Grand Canyon: 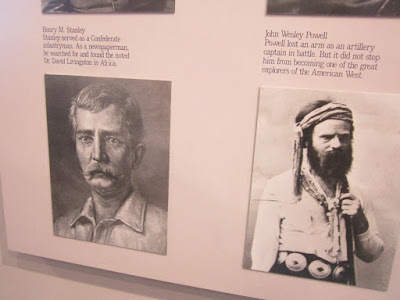 Requisite shot of a cannon: 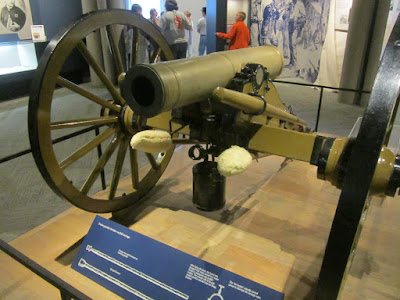 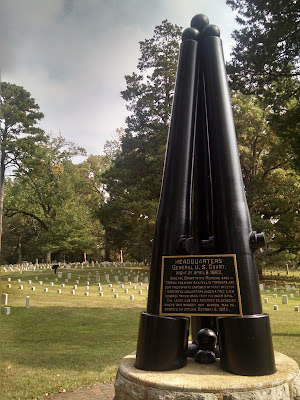 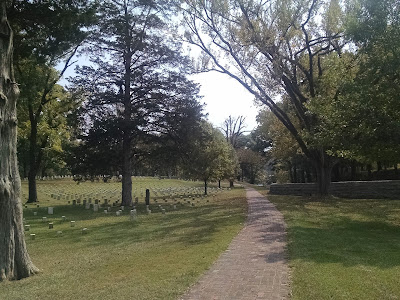 Pittsburg Landing where reinforcements landed to turn the tide of the battle back to the Union: 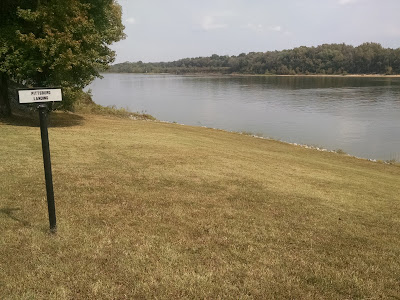 OK, enough war stuff for now.  Our final tourist stop of the day was at the Buford Pusser Home and Museum in Adamsville.  Mr. Pusser was a sheriff with quite the reputation for taking on the bad guys and usually winning (even when the odds weren't in his favor).  John remembers watching the show they made about him called Walking Tall.  Now you can walk through his house and hear more about his story: 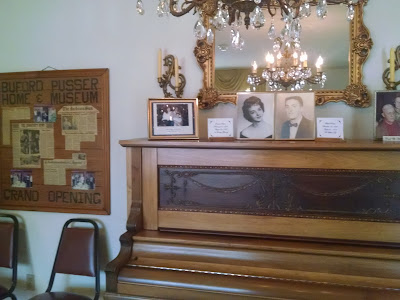 Lots of memorabilia and interesting displays: 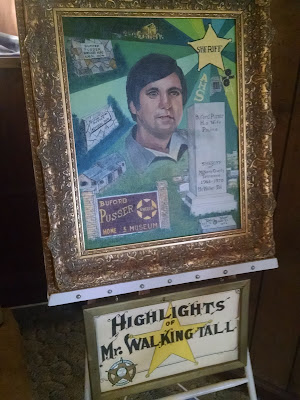 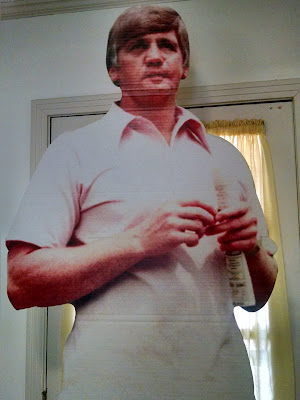 All kinds of curious things to look at, including a couple bats he carried: 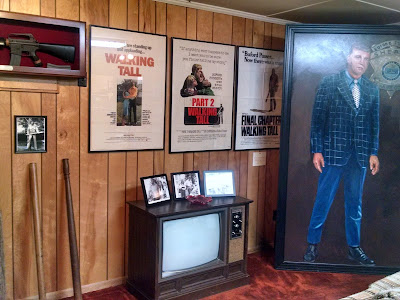 Finishing our drive over to the Warrior Dash race site, including a short section of the very-lovely Natchez Trace Parkway (once we figured out how to get on it): 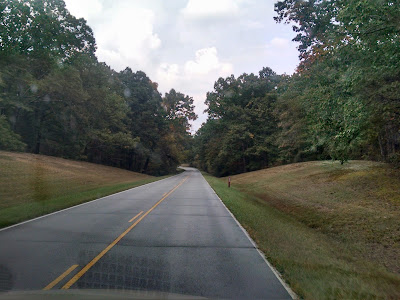 All kinds of fun and entertainment in TN and MS!