Continuing our trip east, we reached a farm in the middle of rural Tennessee where the championship Warrior Dash races were held this year.  John qualified for the finals in a race near LA earlier in the year, and it sounded like enough fun that I grabbed a slot in a noncompetitive wave as well.  Something a little different!

Heading in Friday afternoon for a course walk-through - Welcome Warriors!: 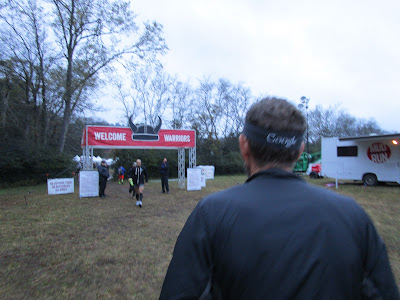 A fuzzy shot of us "hanging around" at the race site: 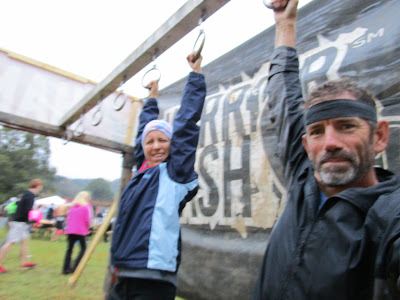 The first obstacle, a little warm-up to climb over: 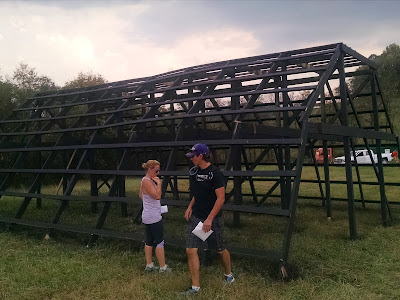 The high wall was a mental challenge for me, just climb and don't look down... 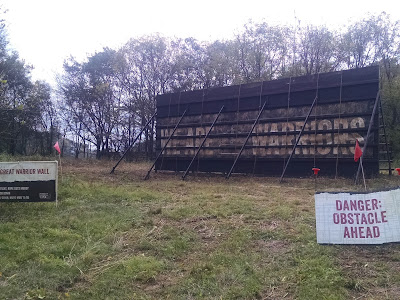 I missed taking photos of the interesting cargo net obstacles during the walk-through, but we were racing an incoming rainstorm (just made it back to the truck before it hit).  Too bad, because most of the course wasn't visible to spectators on race day.

Getting ready for the start of the men's championship wave.  I think John is this close to climbing up the scaffolding to help fix the timer system: 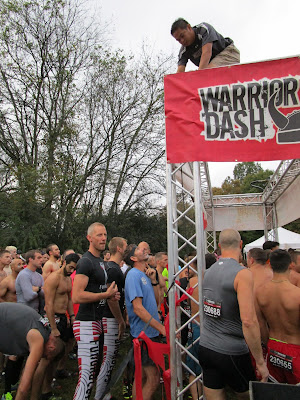 I'm starting to think this is a great place to hang out and document (i.e. gawk at) the event... 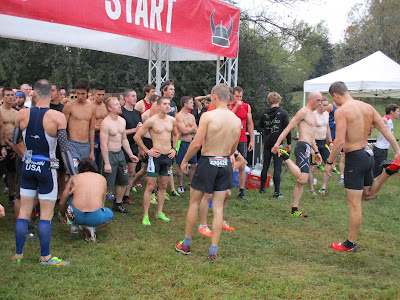 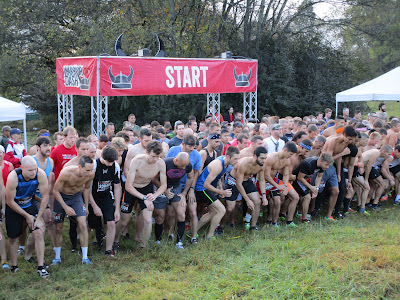 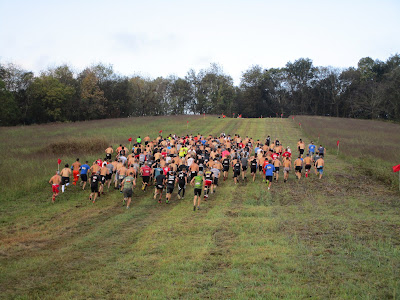 John passed plenty of people on the running sections, lost some time on the obstacles (but had fun), and had a good run going on the way to the mud pit: 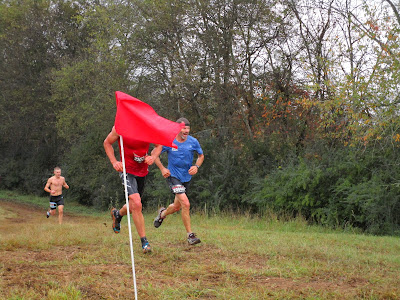 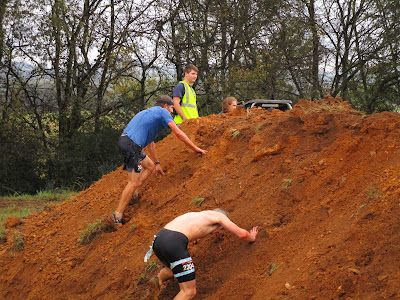 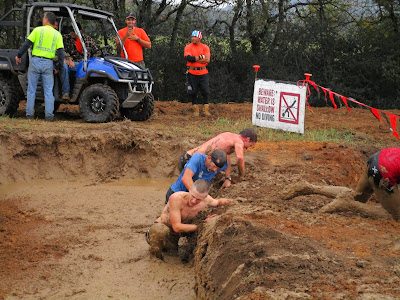 Free of one mud suck, slopping into the next one, stuck again: 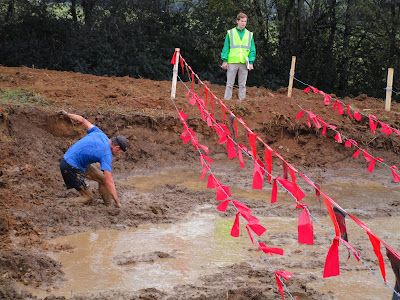 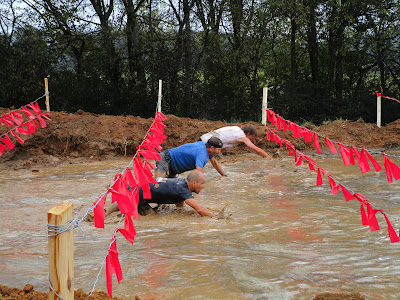 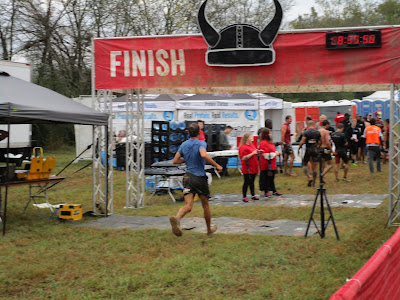 That's a soaked and muddy man right there.  Also missing a shoe, although I didn't get a good shot of his feet at the finish: 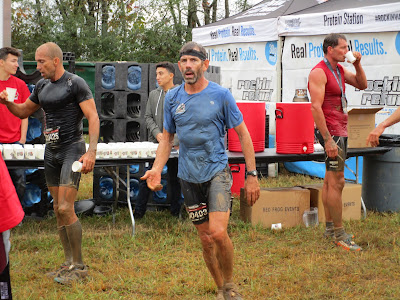 Found it!  Guess where it was: 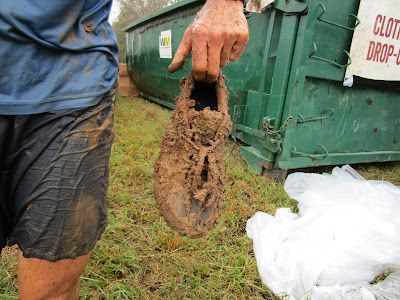 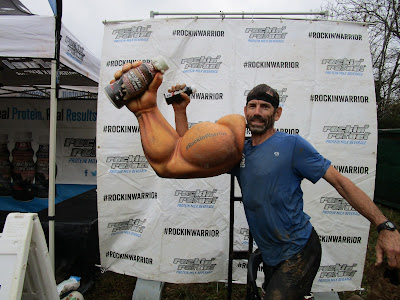 The top men, quite the competition: 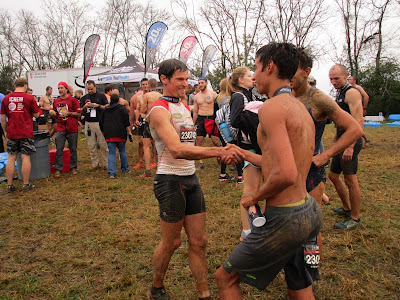 Helpful outdoor showers to get the first layer of grime off: 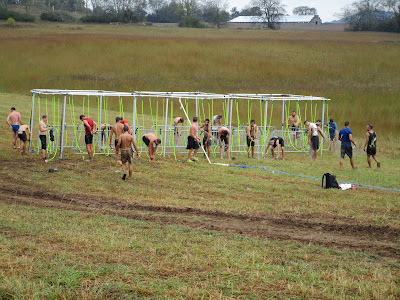 Time for my wave! 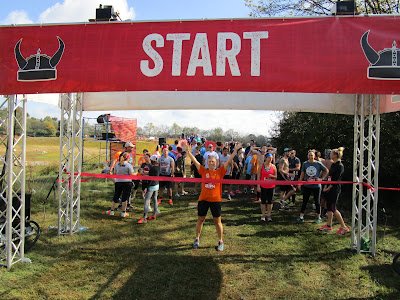 Complete with flames above the starting line, too funny: 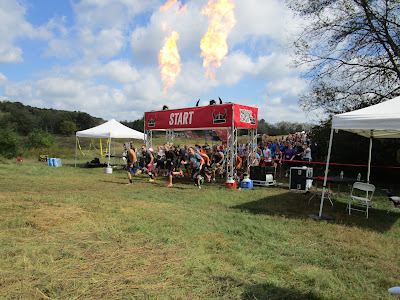 Heading up the first hill, that's a doozy. 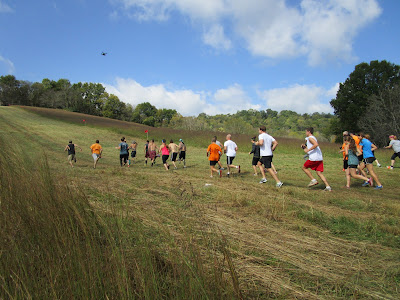 It turns out that I felt like actually racing that day, although I was signed up for a noncompetitive wave (as most of the waves are, after the initial competition in the morning).  Pretty quickly I caught up to the wave ahead of me, spending most of my running time passing as many people as I could, running with a couple other guys doing the same thing.  At the obstacles I was mostly at the same speed as everyone else, everyone helping and encouraging each other, that was fun.  Then I'd take off to see how fast I could get to the next one.

By the last couple obstacles there were fairly long lines, no matter.  The big slide into the water pool was particularly notable for being high and fast - yikes, I mean, whee!  The final pre-mudpit obstacle was a slackline, using an overhead cargo net to keep from falling off (which I could barely reach): 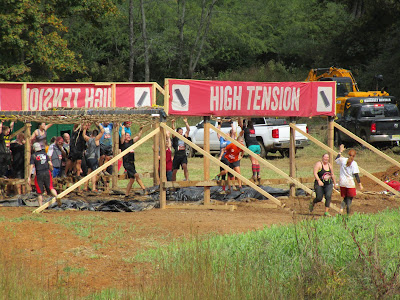 Preparing for a leap into/across the muddy water.  It had helped to watch people here so by this point we knew where the best spot was for not getting stuck (or losing a shoe): 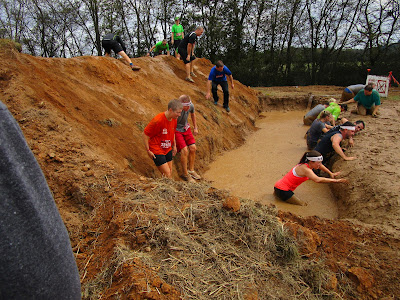 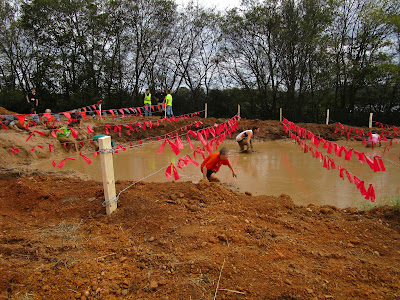 And down the slippery path to the finish: 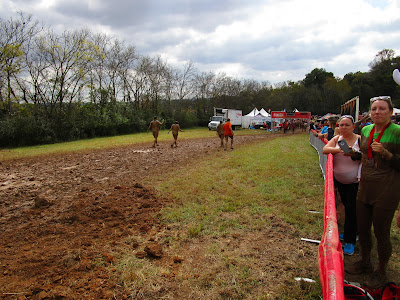 It was a showcase of muddy people, lots of fun to watch: 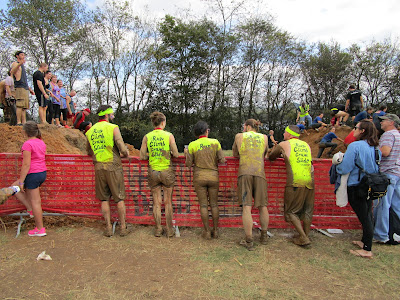 Entertainment at the mud pit: 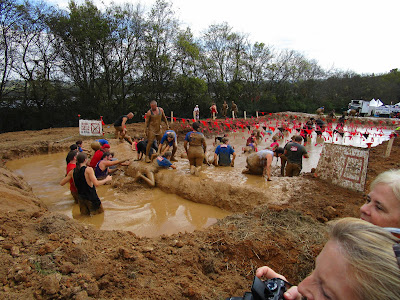 Muddy zombies, and this guy apparently did the whole course in the Warrior Dash helmet?  Impressive! 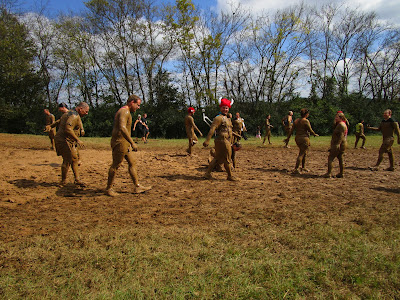 Well, that was something else!  I can't say we're hooked on obstacle racing, but it sure was a fun and muddy way to spend a day.  Thank you Red Frog for the chance to try it!