Another amazing day!  We drove over to see Arecibo, the largest radio telescope in the world.  It is featured in several movies and we have been excited to see it ever since Sheila told us about it earlier this year.

One of the towers showed up as we were driving through the crazy topography to get there.  They picked this location because it was a natural sink hole, and the hills and valleys around it are some of the strangest we have seen.  Would love to see a topo map and do some orienteering in that area!

Anyway, back to the radio telescope... 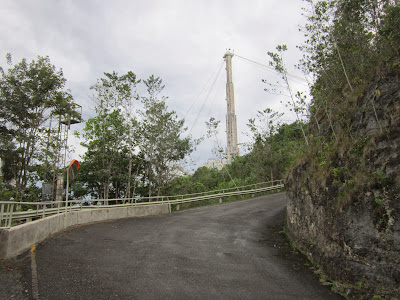 Awesome view from the visitor center: 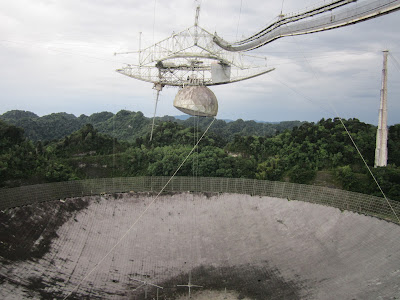 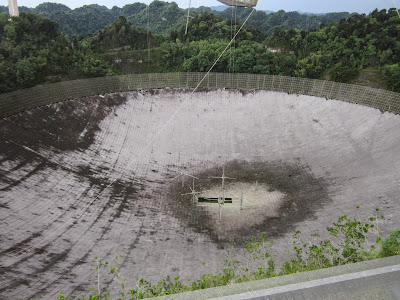 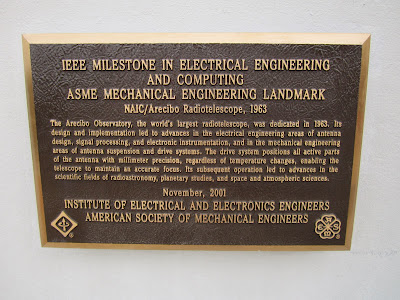 John getting a close look at the camera for our selfie: 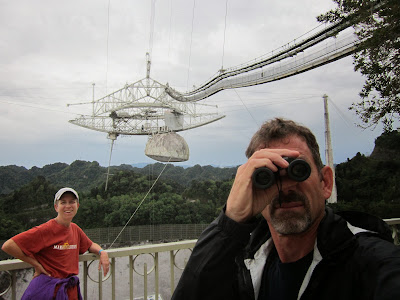 "Flashing the X" and pretending we are at an XPlore race: 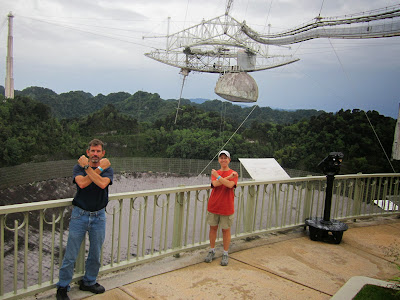 Another view of the telescope - as it's moving!  Also possibly one of the more boring videos I will ever post:
http://www.youtube.com/watch?v=jxAB1VNmD2Y

Inside the visitor center there are a bunch of interesting displays detailing how the telescope works and all the many things it has been used for, including finding out the rotation rate of Mercury, studying pulsars, and imaging asteroids.  It has also transmitted a message into space and done some "listening" for SETI.

The anatomy of the telescope: 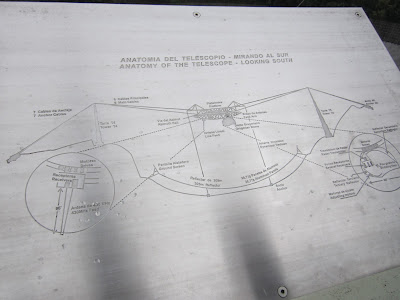 A Nobel Prize for astronomers Hulse and Taylor for discovering the first pulsar in a binary system: 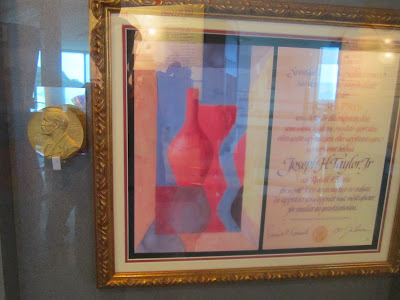 Playing with a cloud machine: 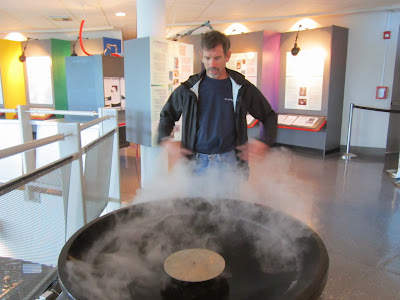 We spotted this tree that looks like a cell tower made to look like a tree... except this is actually just a tree: 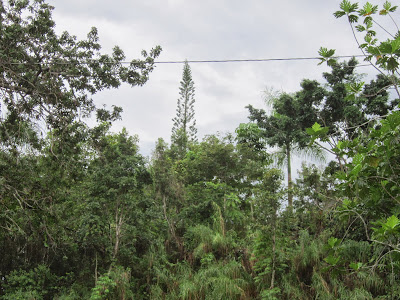 After all that excitement, it was time for some ice cream.  We drove over to the town of Lares to sample their famous flavors.  They have all kinds of interesting options.  I settled for Rum Raisin while John was taken with the flavor of "Corn" - and actually, it was pretty good! 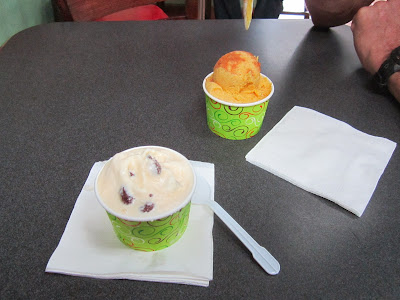 Something called "tamarind" which might be a fruit, corn, coffee, pumpkin, sweet sesame, and sweet potato: 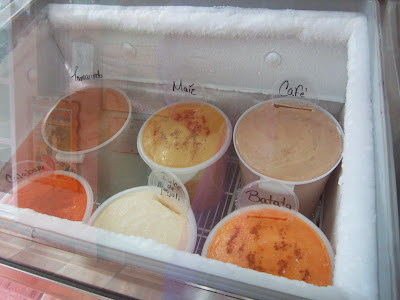 Another case (there were several others as well) with ginger, some kind of cherry I think, sweet milk, casserole (?), pineapple, and carrot: 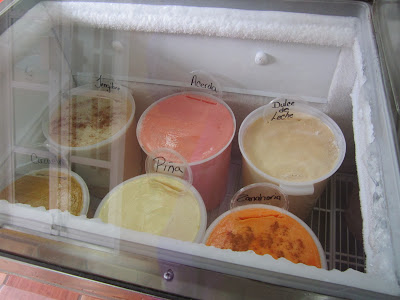 It was a fine celebration for our last "driving tour" day in Puerto Rico.