El Yunque and the bio bay

Heading east out of San Juan, we stopped to check out one of the many beaches along the way.  This one was almost completely deserted.  Hmm, maybe we should schedule a beach day sometime... 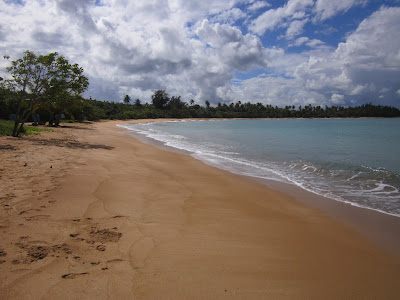 We found the road up to El Yunque National Forest - the only US National Forest that is also a rain forest.  For the moment the sun was shining, but that kept changing back and forth between sun and rain all day.  I guess that's one reason there is so much greenery!  It's hard to keep the road signs visible... 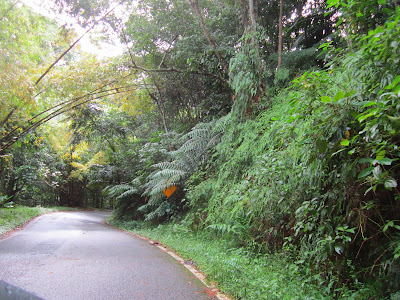 This sign made us laugh - "no left turn" - where the "left turn" option meant going through a guard rail and over a cliff... just in case you were considering doing that, hopefully this sign will dissuade you: 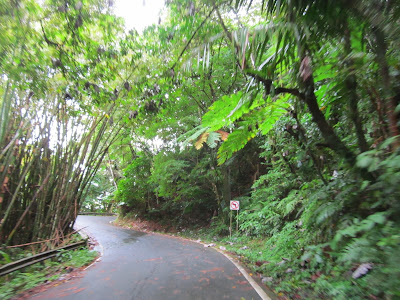 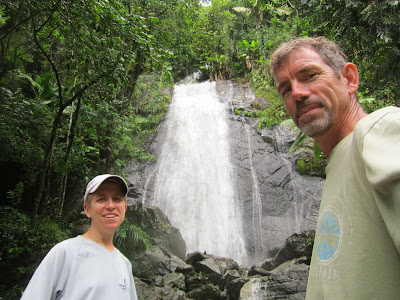 View from the Yokahu Tower - I was really glad they built a couple towers so we could see more than just plants hanging over the road: 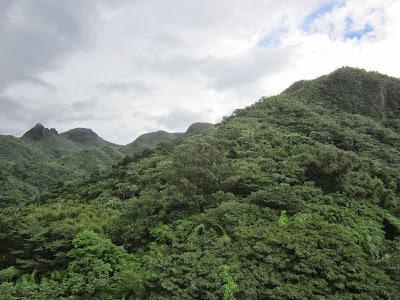 Another view from the tower: 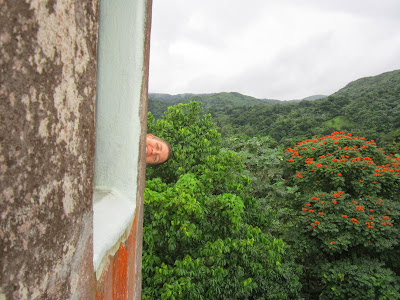 The trail to La Mina Falls, made of concrete and rocks, I assume to help maintain it in the rain forest/jungle: 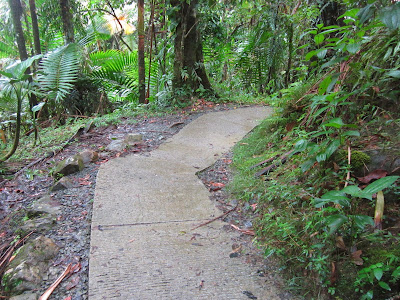 Bird sign, for Mom, along with a mention of the coqui frogs that we liked to listen to: 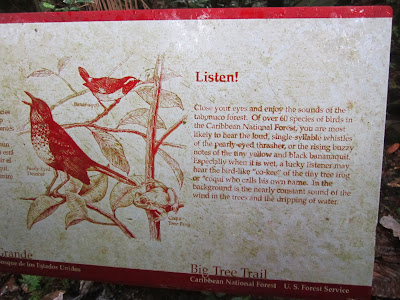 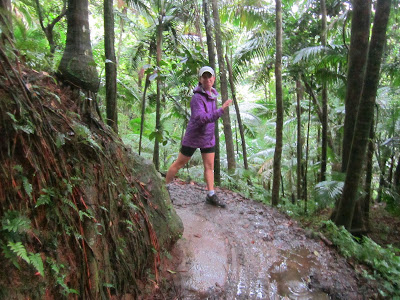 A group of green ponchos arriving at La Mina Falls ahead of us, in the rain: 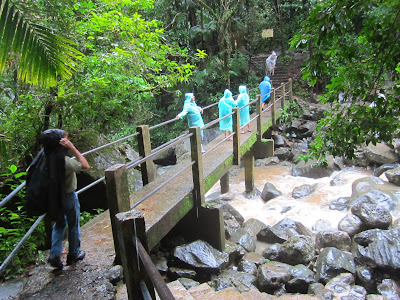 It's not obvious here, but standing in front of the falls was neat - the water rushes right toward you and lands in a thundering mist.  Very cool. 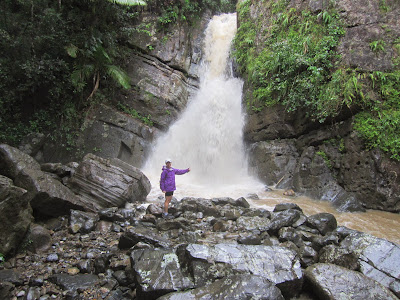 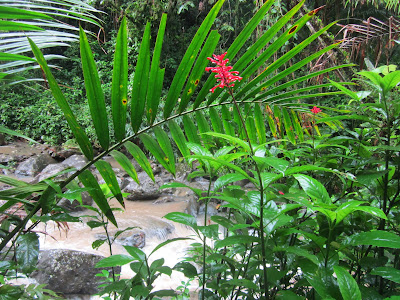 I was rather enamored with this adorable trail through the woods: 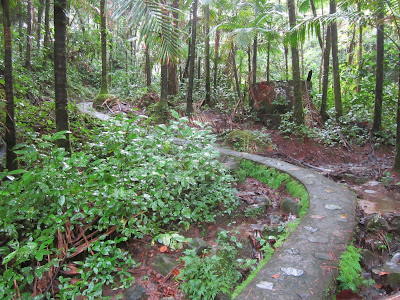 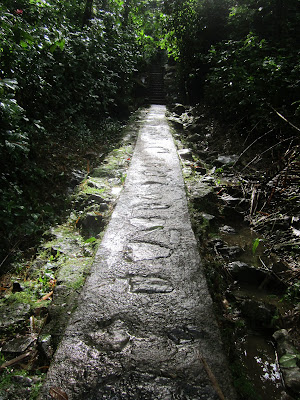 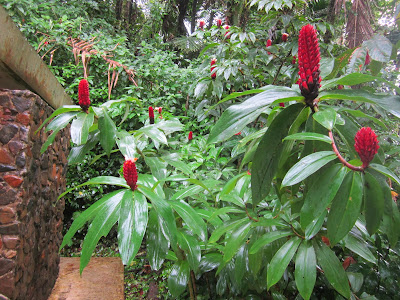 John hanging out at the Bano Grande: 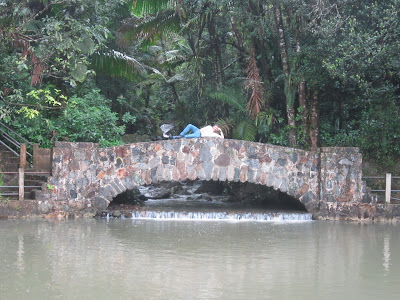 I debated climbing up to the top tower on Mount Britton, and while we were eating lunch in the car it started pouring huge buckets.  We finished lunch, I debated some more, then finally the rain stopped and I decided to go for it.  Besides getting my feet wet on the stream-covered trail it was a delightful climb for more views at the top.  A nice finish to El Yunque!

That evening we continued east to Fajardo for a kayak tour of the bioluminescent bay.  Huge highlight!!  First we paddled 20 minutes (slowly) up a narrow channel through mangrove trees in the dark.  That was already entertaining.

Then in the open bay we watched sparkly lights of bioluminescence as we moved our paddles and hands through the water.  Totally unworldly and amazing.  If you ever get the chance to do something like this, I highly recommend it.  It's hard to explain without being there.  We were lucky that our timing worked out for a dark night with no moonlight so we could see really well.

Clowning around for the tour photographer: 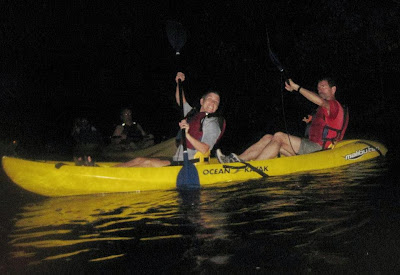 A bit of a mangrove tree in the background: 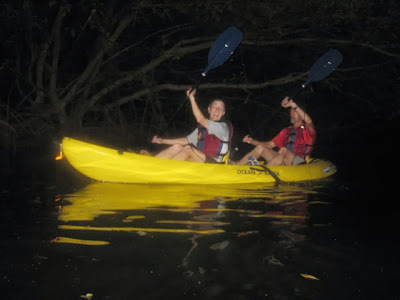 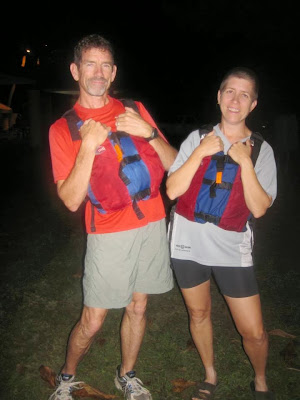 It was a late night but a super duper day!