Our first O-meet in Austin!  John found out that the Austin club was putting on an event at McKinney Falls, so we managed to squeeze it in amid a weekend packed with lots of fun and excitement. 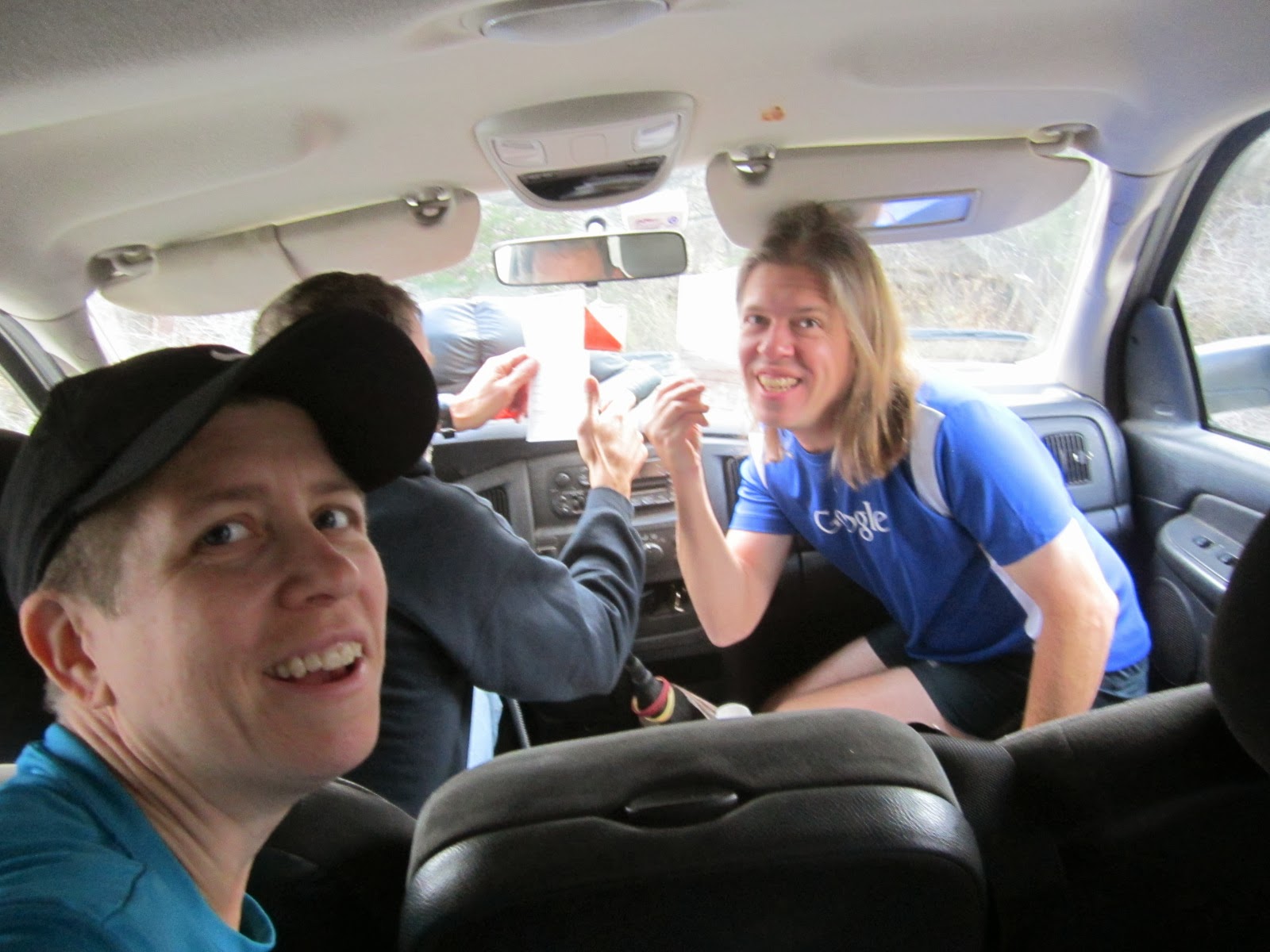 We did an informal race among the 3 of us, with a mass start (as much of a "mass" as 3 runners can be).  Immediately John jumped into a bunch of brush and Kip and I followed.  Woo hoo!  Oh wait, that's a pile of vegetation crap.  I backed out and the guys followed.  The first CP involved pushing through vines and trying to figure out the bends of a tiny creek.  By the time John and I figured out where we were and made our slow way the 50 meters back to the CP, Kip was long gone.

From there John and I went back and forth for several CP's, each taking the lead briefly with minor nav victories and then falling behind with minor hiccups.  Happily, after the first checkpoint the woods opened up a lot more and we could use trails to get places faster.  I still ran into my share of sharp plants.  Good Barkley training, I suppose...

John took the lead for good on a long run down the length of the course and I saw him ahead of me a couple times before he was gone.  I had a couple "bingo" points, once getting lucky in the midst of potential disaster, and a couple times employing good strategies.  Then I overshot #16 and had to work my way back along the top of a cliff to find it.

I expected to see Kip and John at the finish, but only John was there: 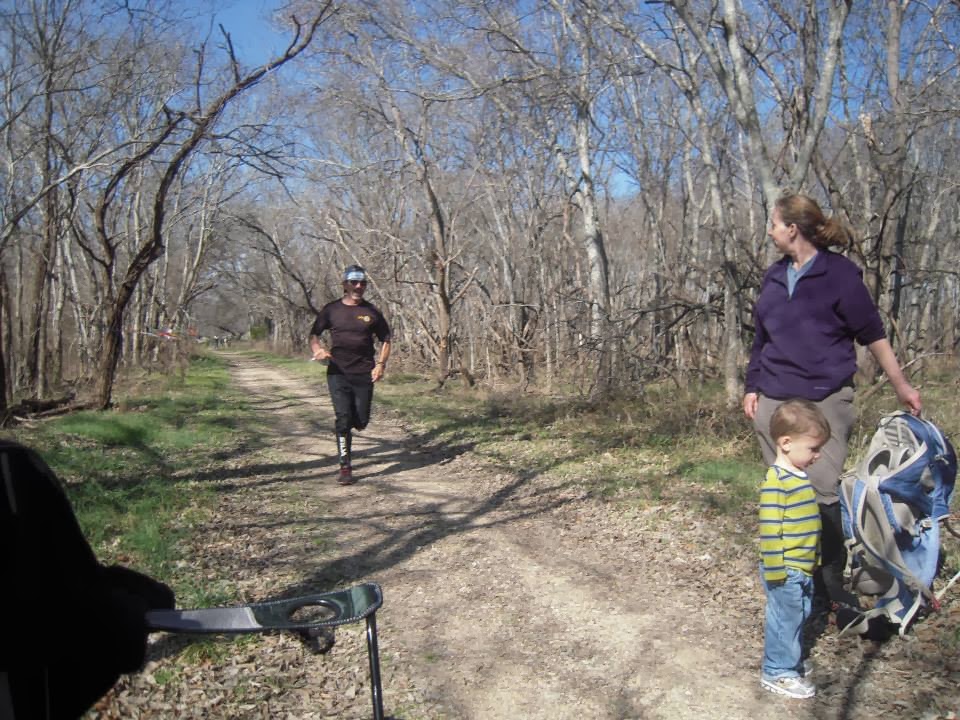 Yay, that was fun! 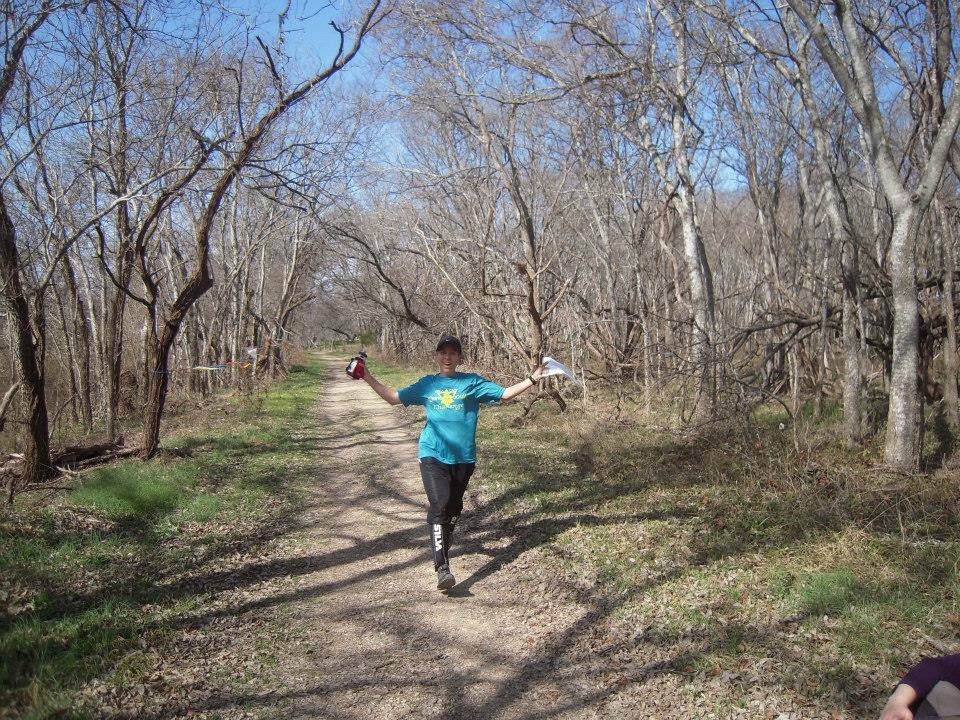 Kip had taken a long way around to one point and we had passed him without knowing it.  Go Kip go! 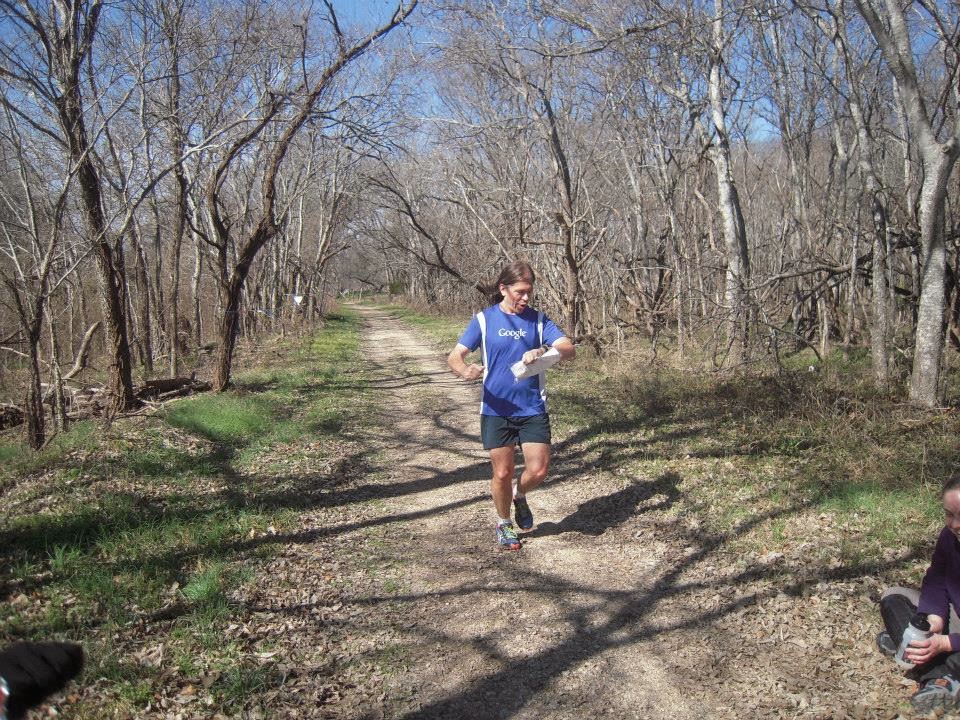 I had several scratches on my legs, just not as visible (or numerous) as Kip's: 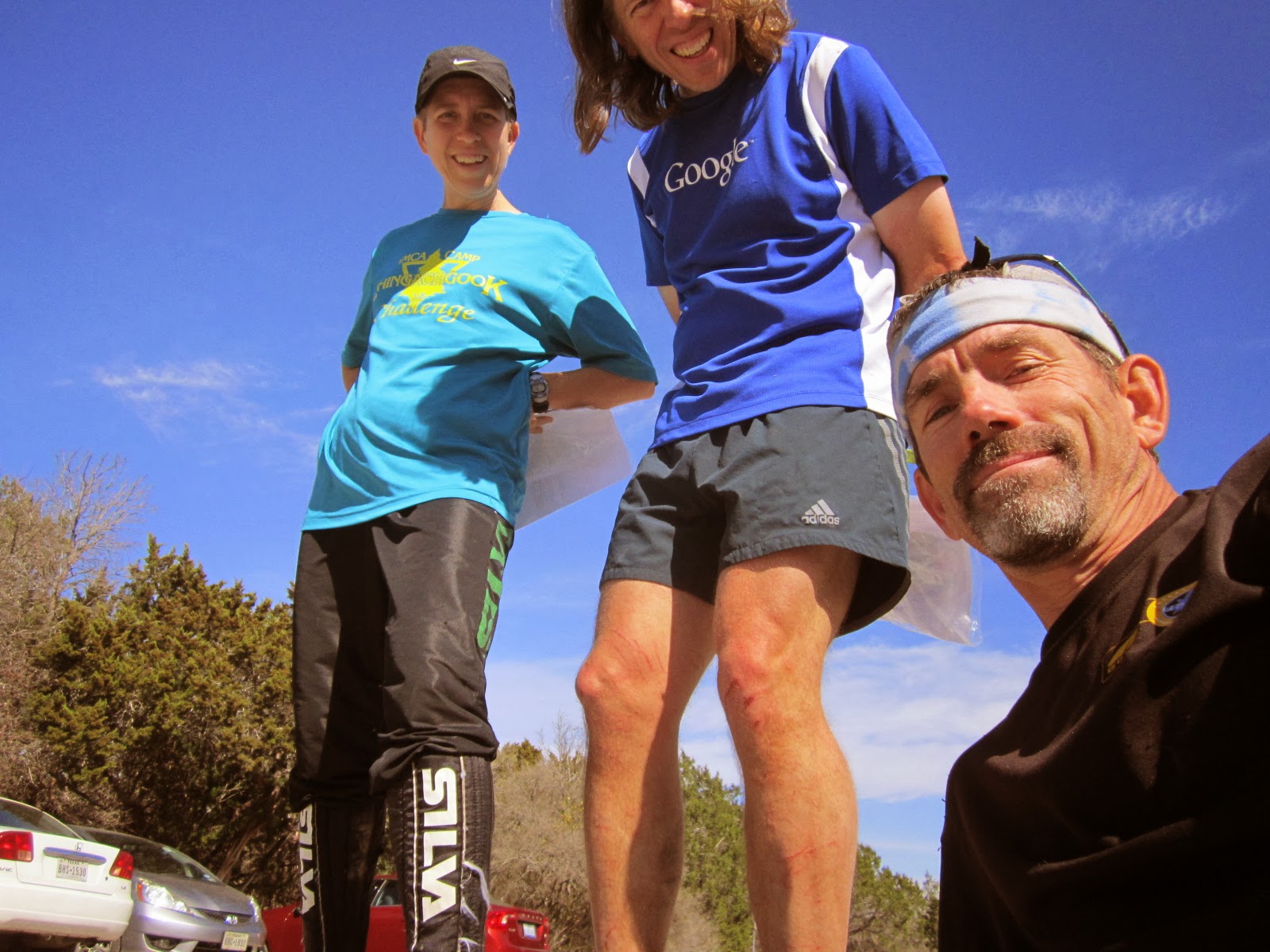