Our final day of trail marking: From Governor aid station up to Virginius Pass and back.

I had been up on Virginius last year, climbing up from Telluride with John Cappis for trail marking. I had looked down the other side but declined to slide down the snow at that time. This year I figured I better learn the other (harder) side of the pass.

A pretty little creek near the aid station: 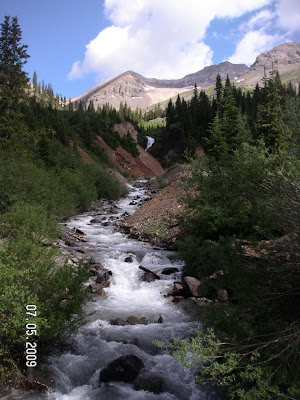 A large group of people were interested in seeing this section of the course: 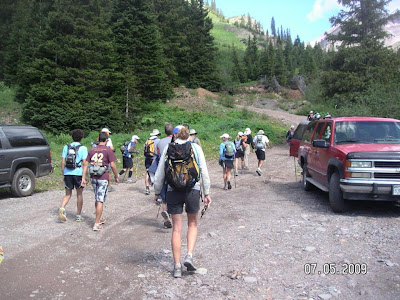 Climbing the snow up the first pitch: 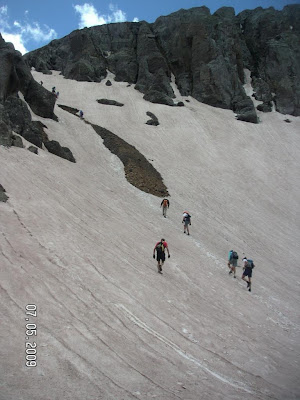 Larry demonstrating what the rock we were sitting on would see if anyone got out of control coming down pitch #2: 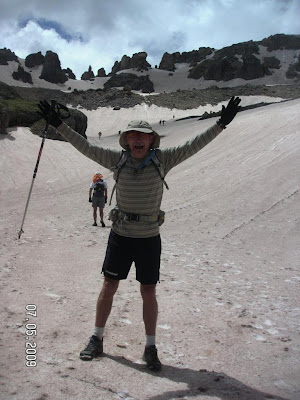 An interesting ridge off to the west and a section of scree that ended at the top of a cliff (this should end an argument I have been having with John about THAT possibility): 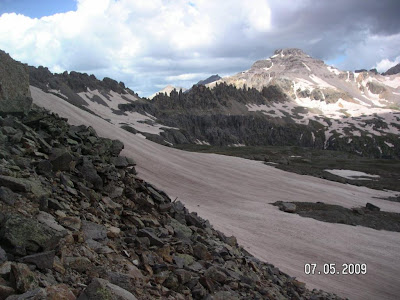 The route up the last pitch to the pass: 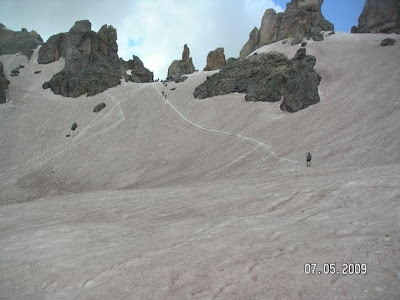 One of the first "sliders" coming back down the top pitch: 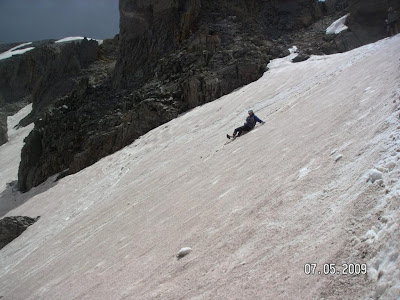 John watching people slide down the snow before doing it not just once, but twice (he retrieved a trekking pole someone had dropped on their way down, then came back up to help me over the edge - what a husband!): 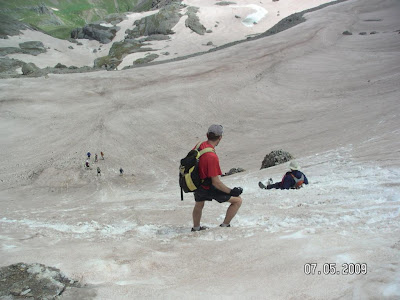 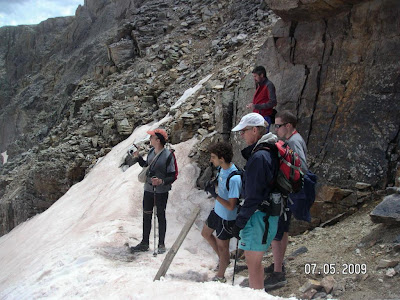 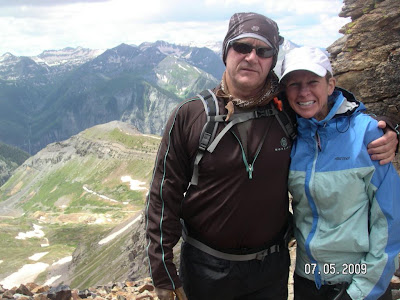 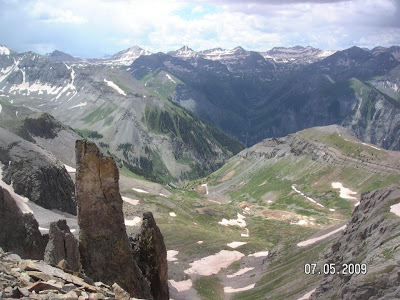 Charlie explaining where the course went from there down toward Telluride: 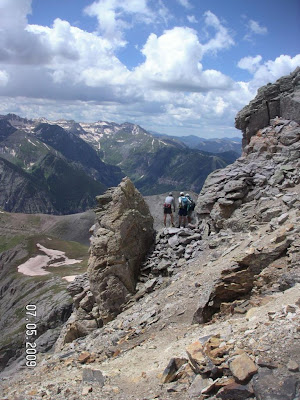 Joyce starting her slide down: 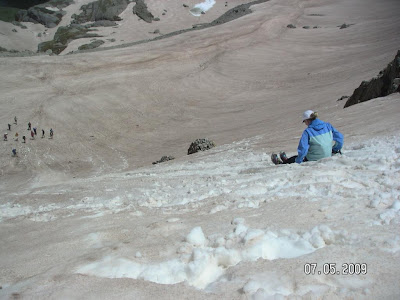 Yes, I slid down, no, it wasn't too difficult after all, just very cold. I enjoyed being able to lean back for once instead of having to "stand up straight" for everything else we do in the mountains (climbing, descending, traversing) - almost relaxing! Except for the snow in your shorts...

A view of Teakettle and the ropes section from PQ 2002 across the way: 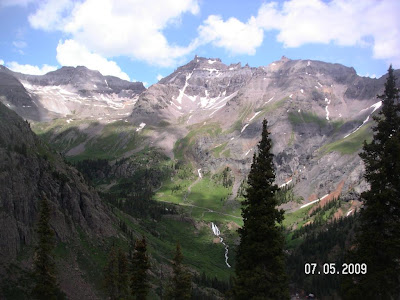 Another amazing day!
Posted by Marcy at 4:17 PM