Back in the mountains!

I have to admit somethig: I've been jealous of the PQ racers - hiking up in the beautiful Montana mountains, seeing wildlife, getting "away from it all" for a short (or long) while.

I finally have the chance to get back in the mountains myself. Yay!

First, some photos of our drive between Ouray and Silverton on the Million Dollar Highway...

Ouray as seen from the south: 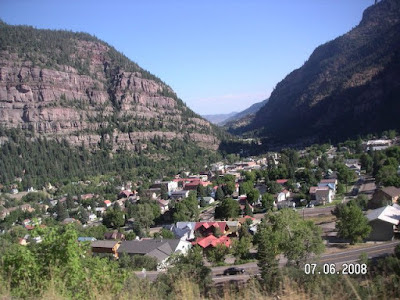 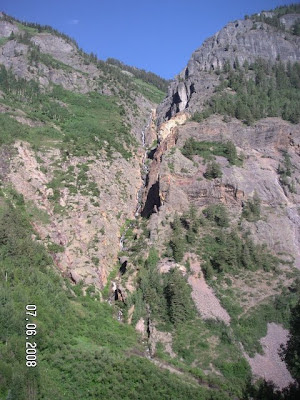 High up, some PQ 2002 racers might recognize the spot of early-morning clothing removal (no, not THAT kind of clothing removal, just taking off the warm overnight duds): 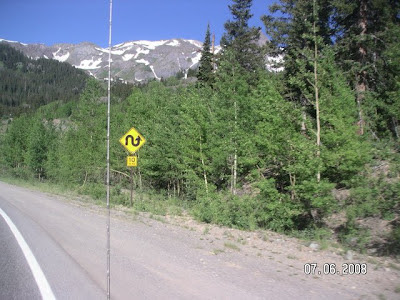 Today I volunteered to help with course marking for Hardrock. I hiked up from Telluride on a trail going north, met up with John Cappis, helped carry the flags, and got all the way to the infamous Virginius Pass. Awesome morning!

A Hardrock 100 course marker (in metal so the marmots won't eat it): 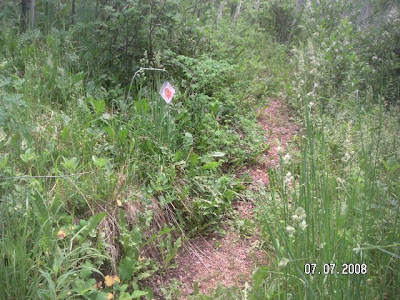 The view back down to Telluride and Mountain Village: 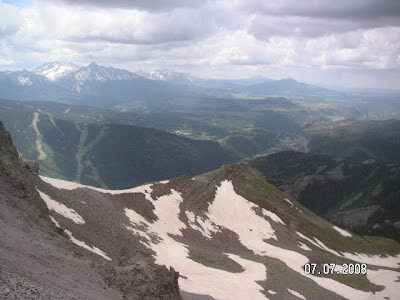 The view toward Imogene Pass (and Ajax scree field!): 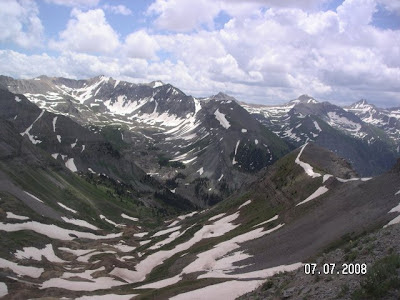 Looking along the trail toward Virginius Pass: The view down the backside of Virginius - including Teakettle and Coffeepot peaks from the 2002 PQ "ropes" and scree section: 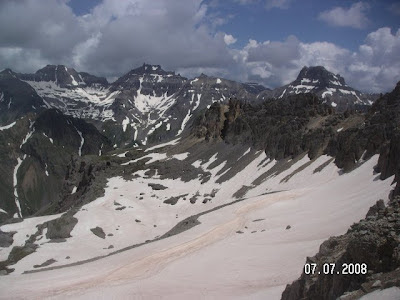 John Cappis (on the right) at Virginius Pass: 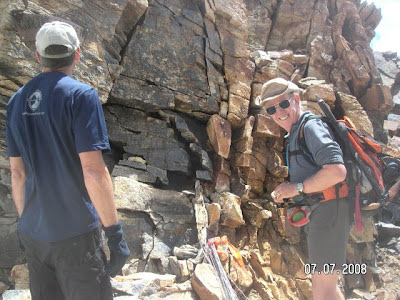 John Cappis taking the fun way down the back of the pass! (I "had" to turn around and go back to see John for some lunch at Baked In Telluride - poor me :) ) 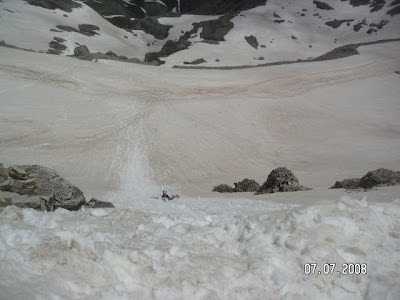 Not including in the photos: Marmots! I love marmots.

Good thing I "must" do more training in the mountains this summer for the GTA. I've got some energy to burn... at least for now.
Posted by Marcy at 3:24 PM